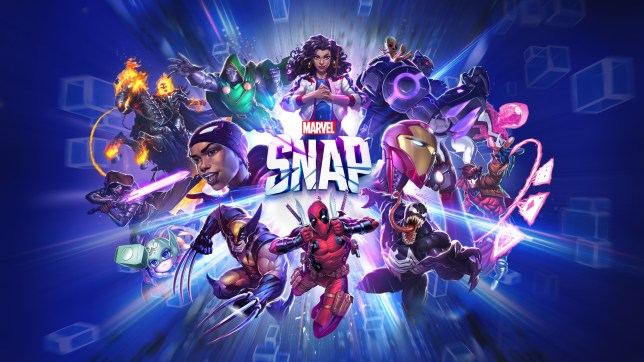 Marvel Snap – the most important thing is Squirrel Girl is in it (pic: Nuverse)

While there’s plenty of industry chatter about Netflix’s plans to expand its video game offerings, including a rumoured focus on live service titles, the current crop is similar to Apple Arcade, in that it’s more focused on discrete single-player offerings. That’s going pretty well so far, with all-time classic, Into The Breach and the superb Poinpy leading the way.

This month the line-up is joined by a fresh new single-player game that takes its cues from 2D vertically scrolling shooters of yore. Eschewing the usual space and WW2 themes, this time you’re defending a kingdom of rabbits from a variety of aeronautical animal invaders.

Using the same control scheme as the excellent Sky Force games, you hold a finger on the screen to move and auto-fire, letting you lay waste to enemy aircraft emerging from the top of the screen, whilst flying through the clusters of power-ups released as they explode.

And those skies really are chaotic, with enemy planes, boats, tanks, and mid-level bosses, mixed in with collectibles, prettily drawn clouds, and ground-based scenery. Your plane has a generous health bar though, so mistakes are frequent but far from catastrophic.

Progressing through the intro levels you’ll rapidly unlock a smart bomb and shield, helping you navigate each level’s more extreme sections. You’ll also gain access to new co-pilots and upgradeable sidearms, which fly alongside your aeroplane, unleashing additional hell on your numerous foes.

It works perfectly as a touchscreen game, the tactile controls and satisfying sound effects letting you know when every single bullet connects; quite a feat when there’s so much ordinance flying around. Its art style is equally wonderful, the cute styling of its animal heroes acting as a counterpoint to multiple, screen-filling explosions.

Like many games on subscription services, this was clearly intended to be supported by microtransactions, before being re-purposed as a free download on Netflix. That means that instead of being tempted to spend actual money on its multiple currencies, upgrades now arrive in a readily earned sequence as you play through levels, which is much more gratifying.

Colourful and with a gently wicked sense of humour, Skies Of Chaos provides a joyous and long-term challenge, peppered with amusing characters and a plethora of upgrades and new planes. Fans of Sky Force, especially, will feel right at home.

Dungeon Squad is fond of turning convention on its head. For one thing, you play the baddies, defending your demon stone from an onrushing horde of noble adventurers. It’s also populated entirely by women, with not a single male character in the game.

Unfortunately, that brings its own issues, namely that all are depicted in busty, skimpily clad anime style. It’s an aesthetic choice that absolutely will not be for everyone, conjuring up unpleasant images of the creepier side of anime and gaming fandom. Which is unfortunate because the game itself is mechanically interesting.

Dungeon Squad’s take on roguelite tower defence is just as idiosyncratic. Taking place on a board of hexes that have absolutely no bearing on the action, the heroines enter in a massive rush from the right of the screen, converging on your demon stone at the far left.

Starting out with a single defensive succubus, you tap the screen to aim her magical blasts at the oncoming crowd, pausing for long, nail-biting reloads. Loot from each round is spent on power-ups, and depending on your luck, sometimes also hiring more demons to keep up the defensive fire while the monster you control restocks her ammo.

While there’s a shop that occasionally appears between levels, most of the time you need to rely on the bounty you loot from adventurers. That gives you a choice as to which defender you want to enhance, and which skills to power up.

There’s considerable experimentation involved, because there’s no training or instructions whatsoever, you’re just dumped straight into the first run and left to fend for yourself. We’re all for games that let you figure things out for yourself, but this does feel a bit ‘deep end’ for the first few runs.

Another issue is timing. After only a few hours’ play you’ll find runs last well in excess of half an hour. That’s okay on a console, but on mobile it feels like way too big a time commitment, a sense that’s exacerbated by an absence of checkpoints. Interrupt your run for a phone call and it’s back to square one.

Waves of enemies are also inconsistent. One might easily be dismissed with no damage, while the next overwhelms your defences without really seeming to try. With no smooth sense of progression it can feel a little random, although given the length of runs, death is sometimes a welcome release.

There’s a huge amount going on in Dungeon Squad. The demons are extremely varied in their magical attacks, and power-ups come in a dizzying profusion of stat upgrades and bonuses, as well as the ability to hire and swap out defenders. It makes each run vastly different from the last, which given the somewhat simplistic layout of its single point defence, is just as well.

Lucy has a problem. Every night she’s haunted by terrifying nightmares that send her plummeting towards an unseen ground far below. Your job is to figure out how to stop them via some good old-fashioned point ‘n’ click adventuring.

Starting in Lucy’s house, your first job is to find your way out of her room, before exploring the rest of the house in search of components for a dream box. Once assembled, that lets you target different dream worlds as you fall asleep, where you get serious about finding ways to stop those nightmares.

During your waking hours, you’ll also need to pick your way around Lucy’s neighbourhood, with its pleasing cast of weirdos, from a village fete with a police seized property auction and a portaloo described as a ‘TARDIS of filth’, to a distinctly demonic local librarian. But that’s nothing compared to the oddities you’ll find in her dreams.

Encountering a giant anthropomorphised talking teddy, you’ll find yourself performing stand-up comedy for a room full of judgmental talking foliage and helping a monstrous crab that thinks it’s a sergeant, and is mortally ashamed of the rubber band imprisoning one of its mighty claws.

The relentless zaniness is leavened by delightful voice acting, featuring the kind of proper Yorkshire accents you seldom hear in a video game. You’ll also find that despite its comedy trappings, the puzzles you need to solve can be extremely tricky.

There’s a question mark at the bottom of the screen that reveals each scene’s interactive elements, but that’s the only hint you’ll get, and in common with older outings in the genre, there are plenty of moments where you feel as though you’ve tried absolutely everything in your inventory with all the available props in a scene, and yet still to no avail.

There’s always YouTube, and when you do finally stumble across a solution you’ll usually realise there were in fact several clues pointing you in the right direction, albeit sometimes in rather a cryptic manner.

If you enjoy a challenge, there’s much to like about the quirky and surprisingly expansive worlds Lucy inhabits. The pixel art graphics and jaunty tunes lend the whole thing a light-hearted air that helps ease the frustration of spending slightly too long on some of its more enigmatic puzzles.

Although it currently seems to be in a downward spiral, Hearthstone is easily the most famous free-to-play PvP deck builder. It’s a well established and enduringly popular game, whose multiple updates and enhancements have created an unusually long term engagement for its many players. Can a comic-licensed upstart hope to compete with all that?

In short: yes. Because rather unexpectedly, Marvel Snap turns out to be something of a classic in the making, bringing its own distinct personality, style, and easy-to-learn-but-hard-to-master rule set to a genre that looked as though it was all sewn up.

Matches comprise six rounds, each of which incrementally increases the energy available letting you play more powerful cards. That means you’ll start with relatively puny heroes, say, Ant-Man or Hawkeye, before graduating in the final rounds to the likes of Iron Man and Abomination.

During each turn you place cards on one of three locations spread across the middle of the board, each of which has its own properties, ranging from buffs to having to reshuffle cards in your hand back into the deck. Locations also interact with the particular powers of the cards you play.

All cards have an energy cost and a power level, so at the end of the game the highest total power at each location wins. Come first in two out of three locations and you’re the victor. However, some cards also have tertiary abilities.

These generally increase power based on other cards you or your opponent play, but can also interact with the effects of each location, making for a complex and increasingly varied set of play conditions.

If that sounds impenetrably intricate, it rarely feels that way thanks to good game design. Tapping on cards reveals their special abilities, and before ending each turn – which takes place simultaneously with your opponent, avoiding tedious waiting around – you can undo any move at no cost. Rounds quickly start to feel like second nature as you get to know your deck and its strengths and weaknesses.

Despite being a card game, it manages to be consistently visually arresting, with 3D effects that extend to character-appropriate animations as you play, even if the vocal samples can’t quite do justice to their cinematic counterparts.

Inevitably, a huge part of the enjoyment of free games is their economies, and well made ones go out of their way to make the opening hours welcoming and friendly. Marvel Snap is no exception and while more time will need to pass before a final judgement can be rendered the early signs are exceptionally promising.