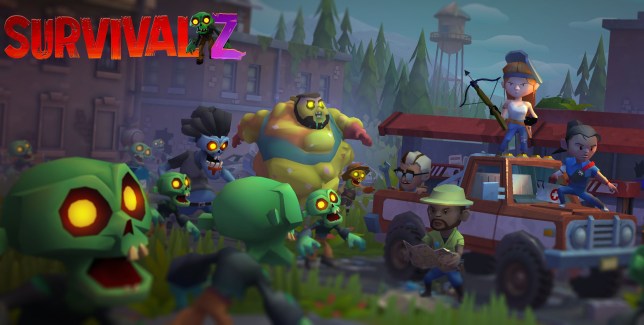 Survival Z – not the worst app of the month (pic: Ember Entertainment)

GameCentral awards a rare 1/10 score to one of this month’s mobile apps, but thankfully there are some more positive reviews as well.

March isn’t proving a busy month for console and PC games and it’s not much better for mobile titles, with a surfeit of ultra-low scoring zombie games. But there are some hidden gems to be found amongst all the living dead apps, including the excellent and accurately entitled Wordsmyth – A Daily Word Game and unique light-based puzzler Lyxo.

A nameless hero and his lover, Aiko, start finding injured birds and set off in search of the cause – not an obvious hook for a video game but trekking through the lovingly ink-drawn isometric landscapes, the simple traversal puzzles and intriguing storytelling prove instantly engrossing.

As well as interacting with the characters and environments you’ll also see glimpses of the artist, their hands waving and occasionally pounding the page as they, like you, follow the story of love and loss.

Every day Wordsmyth presents you with a fresh grid of nine letters, giving you the task of making as many words of three or more letters as you can. There’s mellow hand-drawn pastoral scenery to keep you company but really it’s just you, the grid, and the contents of your vocabulary.

At any time you can scroll down the page and see how you’re scoring versus the total number of possible words and marvel at the enormous number you haven’t yet spotted. There’s also a global leaderboard of fellow Wordsmyths to add a further level of compulsion.

It’s a bite-sized challenge that can extend to pretty much any timescale you care to throw at it, and it’s different every day. Which makes it near perfect mobile entertainment. 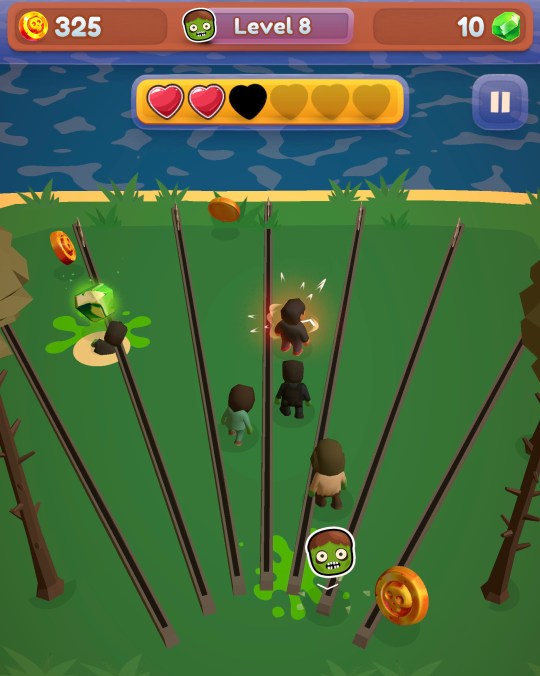 More cartoon zombies, but this time starting out unarmed, leaving you to wander round a series of small islands while zombies, coins, and gems pop out of the ground.

As well as collectible treasures, there are spinning blades to avoid while simultaneously kiting the undead towards them for a good shredding. Although soon enough you start unlocking all manner of weaponry, from chainsaws to fiery jetpacks.

You can choose to watch ads for extra coins, which are used to buy new characters and defensive measures, but despite its well-designed interface it never quite feels absorbing enough to keep you going through its rather same-y feeling levels.

In each of Lyxo’s levels you start with a translucent orb and a single beam of light shining into the darkness. By hand drawing mirrors you have to direct the beam to its spherical target.

The twist is that there are numerous obstructions hidden in the dark, many of which move, and the only way to navigate through them is to use the light beam, dragging mirrors back and forth to find a way through the invisible tangle. Soon even that isn’t enough and you graduate to corralling groups of light particles through the moving, darkened maze.

It works perfectly on a touchscreen, the experience of gently manoeuvring light through each level proving engaging and oddly relaxing. 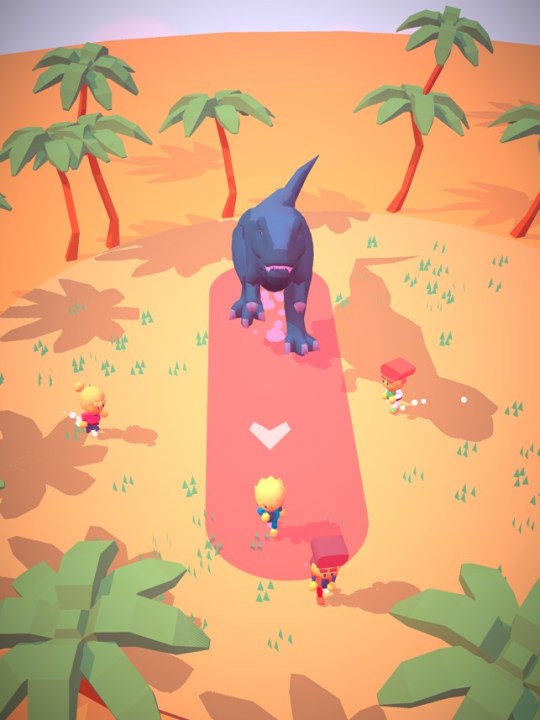 Just Survive pits you and seven rivals against a variety of challenges, mostly involving being chased by wild animals while collecting coins, either in a fixed area or on an endless runner style track.

Your competitors are quite obviously bots rather than real human players, and given the lifelessly dull nature of each level there’s an inescapable sense of futility right from the start.

Combine that with forced ad viewership, and endlessly repeated inducements to watch more ads, and you’re left with what amounts to a flimsily veiled ad-watching stimulator. It’s a joylessly over-commercialised and entertainment free monstrosity. 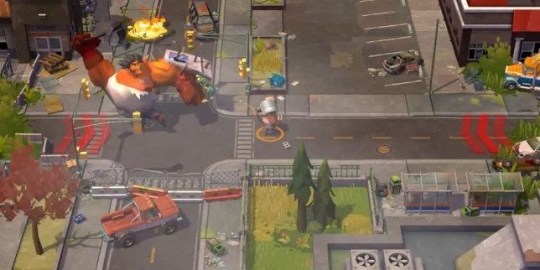 Like a dual-stick shooter with only one stick, Survival Z has you mowing down cheerful cartoon zombies by steering your character away from danger while he or she auto-targets the nearest members of the undead with a crossbow.

As well as shooting, you can place gun turrets and traps to slow down and injure the horde as you’re pursued, and between zones you can improve everything from weapon damage to the strength of your body armour.

Although simplistic, the gradual upgrade path retains an addictive magic and you can unlock new traps and extra characters, although disappointingly the latter are only cosmetically different.

Dinkigolf is a side-on 2D golf game that doesn’t take the sport particularly seriously. There’s no slicing or backspin, just pull back to adjust your power and release to take the shot, the game zooming out automatically to show you more of the course for more powerful shots.

Despite its cartoony looks, levels do sometimes err on the side of savage difficulty and you’ll frequently find yourself on par 36 courses, complete with vortices that teleport your ball and cunningly positioned bunkers and water hazards.

There are plenty of moments when even at maximum zoom-out, your target area remains offscreen, leaving you to guesstimate where you should be aiming, but by and large this plays a solid and pleasingly silly game of extreme golf.

Having been the formative brand for video games in the West, Atari’s reputation over the last two decades hasn’t exactly been for consistently high quality releases. If anything it’s the exact opposite, and Days Of Doom is not the game to change that perception.

Another post-apocalyptic zombie slaughterer, this time with turn-based fights and a Borderlands looking art style, it’s dressed in all the usual freemium trappings of loot crates, login bonuses, and countdown timers.

Its combat is entirely skill free, with auto-battle placing you at absolutely no disadvantage and fights featuring just two frames of animation per character, neatly encapsulating this grotesquely low effort output.