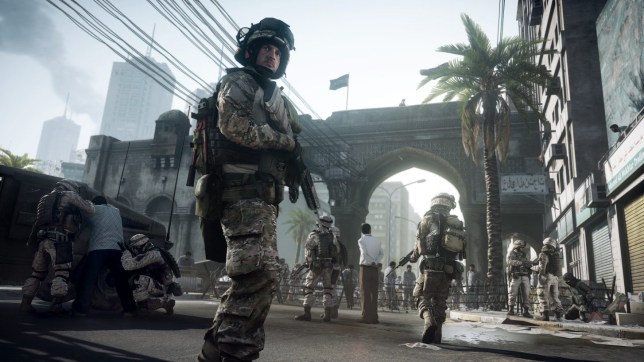 The trailer for this year’s Battlefield is still not out, but the audio for it is, which hopefully means it will release very soon.

So much of this year’s Battlefield game (otherwise referred to as Battlefield 6) has been leaked, even before EA officially announced it. And now the reveal trailer has leaked too, although not in the way you might expect.

The trailer’s contents are admittedly still a mystery, but apparently the audio has found its way online. Of course it’s hard to tell if it’s legit but judging by Tom Henderson’s reaction, it is indeed real.

Henderson has been leaking information about Battlefield 6 for ages now and is regarded as a trusted source of info, especially since his original Twitter account was suspended.

He wasn’t the one to leak the audio and while he states that it does come from the planned announcement trailer, he advises that no one actually listen to it. If you don’t care about being spoiled, you can find it on Reddit.

I honestly wouldn’t listen and wait for the trailer. Listening to just the audio ruins it.

The audio doesn’t exactly reveal much though. Aside from the usual generic thumping trailer music, it consists entirely of the sounds you would expect to hear in a warzone: guns being fired, planes flying overheard, a soldier yelling ‘Pull back.’

That said, the fact that the audio is now online hopefully means that the actual trailer is close to coming out. EA did tease a spring reveal so it should be happening this month.

So far, it’s generally believed that Battlefield 6 will take place in a modern setting and release for PC and the new PlayStation 5 and Xbox Series X/S consoles, judging by comments from EA and DICE.

What’s more, a Battlefield game for mobile was confirmed to be in development, but it’s not expected to release until 2022. It will also be its own thing and not just a port of the console/PC version.

Battlefield 2021 is scheduled to release this year.