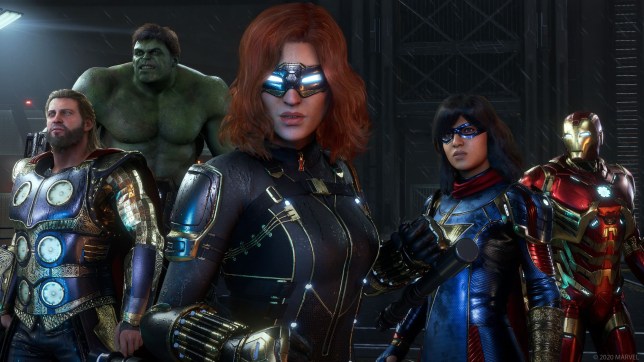 Long-time players are not thrilled with the upcoming Avengers update, which will make levelling up characters take longer.

Last week, Square Enix and Crystal Dynamics announced that a future update for Marvel’s Avengers will slow down how experience is gained, with the developer believing that players were levelling up their characters too quickly.

They explained this was being done to try and make the game less overwhelming for new players, but it was quickly criticised for essentially making levelling up more of a grind.

Crystal Dynamics has addressed this via a Reddit post and attempted to further clarify what they meant. Due to how gaining experience currently works, the developers believes that players are unlocking too many skills at once and, thus, aren’t getting enough time to understand what they do before the next mission.

Combined with how much easier it is to gain experience at higher levels due to the characters being much stronger, the developers have decided to change it so that subsequently higher levels require more experience to reach.

‘We want people to level up, in fact, we really want to see more people level up more Heroes, as playing the full Avenger roster should be the most fun thing you can do, but we don’t want the levelling up experience to be too overwhelming or diminish exploring each skill purchase,’ reads the post.

‘So, we smoothed out the higher level curves to make it so you were less likely to ‘ding’ more than once or twice per mission at the higher end. There is so much variability in how quick you can gain XP (level types, mission selection, etc…), but the end result of our tuning was meant to add around 3-5 hours to reach the maximum level in total. This means levelling at a steadier place around every 2-4 missions at the upper end.

‘We consider this a way to achieve clearer ‘ding’ thresholds, and more time to engage with and enjoy each skill purchase. We also tuned the game to make early levelling slightly faster, giving players more advantage against enemies when first starting out and hopefully making them feel more like a superhero faster.’

While this does make some sense, and matches up with how most role-playing games handle experience, the explanation appears to have done little to assuage complaints from fans, going down about as well as vibranium balloon.

The most upvoted response on Reddit seems to sum up the general feeling from fans, which is that nobody had an issue with the current levelling up process and the main problem is the lack of meaningful content. 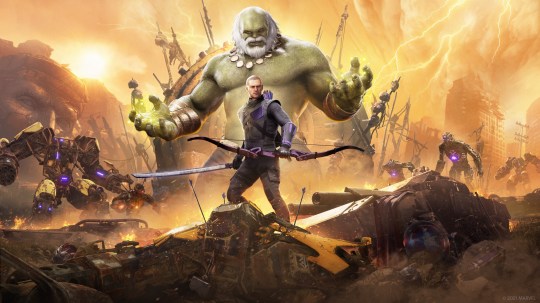 The next expansion will add (another) Hawkeye, but is that going to be enough? (Pic: Square Enix)

Another recurring complaint is that many players find the game to be something of a brainless button-masher until characters start to unlock more and more unique skills. But with many of those skills locked at higher levels, it means the process to improve the combat and make things more interesting will be even longer.

‘The reason people were calling the game a braindead button masher at first was because the depth of the combat is locked to the very late stages of each character’s skill tree and after the campaign you were at like level 5-10 with each character… why make it take longer to get to that depth?’ writes Reddit user Axelchrono.

User AviatorOVR5000 believes, as an early adopter of the game, they are being punished for buying the game at launch.

‘We have been so loyal for so long, yet it feels like the people who actually bought in to this day one keep getting punished.

The justification that it’s for the benefit of new players jumping on board with the upcoming PlayStation 5 and Xbox Series X/S releases may not hold water either, as one of these newcomers has been quite vocal about their displeasure.

‘I waited six months to get the upgrade,’ says Rock_for_Life, ‘Now to f*** me up more, you hold back my progress, to catch up with the other players, because I’m an idiot and can’t handle more than one skill point?’

Unsurprisingly, a number of comments make comparisons to Anthem, another live service game that EA ultimately decided to stop updating recently. This has sparked theories that, if things continue the way they are, Avengers may follow suit.

Marvel’s Avengers is available for PC, PlayStation 4, Xbox One, and Stadia. It will release for PlayStation 5 and Xbox Series X/S on March 18.