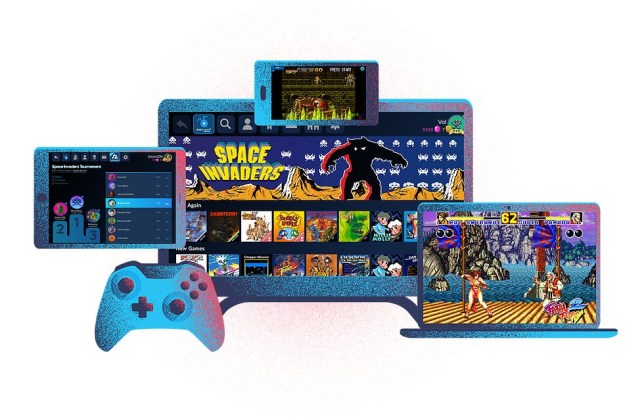 UK streaming service Antstream Arcade is on a mission to become the Spotify of retro games. Does it live up to that ambition?

Forget the new generation of consoles, with their ray-tracing and photorealism, retro games are enjoying a major renaissance. Recent years have seen a flurry of hard-wired mini-consoles bringing back classic games from the 8 and 16-bit eras, along with a drip-feed of remastered classics. There’s something about the simplicity and purity of early games that goes beyond simple nostalgia and renders them irresistible even to those that never played them the first time around.

That’s where Antstream Arcade comes in, a British retro game streaming service that has been operational since mid-2019. It underwent a change-up in December 2020, which has since rendered it a far more attractive proposition and has seen it generating increasing buzz. That’s because it abandoned its previous subscription-based business model in favour of becoming a free service, backed by adverts.

Antstream CEO Steve Cottam revealed to us that his ambition for the service is to make it the Spotify of retro gaming: ‘About 10 years ago, I started to use services like Spotify for my music and Netflix for movies. I could binge-watch Star Trek, and track down all the old, questionable music I used to listen to as a kid. But if I wanted to play all the games I used to play as a kid, I’d have to track down an emulator, configure it, and get a ROM from a fairly dodgy site which was not really legal.’ Which got him wondering: ‘How can I give that Netflix or Spotify experience to gaming?’

In its new format, Antstream Arcade does a pretty decent job of living up to Cottam’s ambition. Download its app for whatever device, generate a free account, plug in a joypad if you’re so inclined, and you’re ready to go. Its library of retro classics is impressively extensive – arcade favourites such as Defender, Asteroids, and various iterations of Double Dragon rub shoulders with Spectrum games like Manic Miner and Amiga classics such as Cannon Fodder and Sensible World Of Soccer.

The ads are, frankly, less intrusive than those of Spotify, but there is one caveat: Antstream Arcade would still prefer you shell out for a subscription (£9.99 per month, or £95.88 for a year). When you boot up its app (available for PC, Mac, iOS, Android, and even Amazon Fire Stick) it’s wont to tell you that you’re the holder of a temporary account, with restrictions on the amount of play you can indulge in during any given 24-hour period, and to remind you that unlimited play is available via a subscription.

The Antstream Arcade app lets you build a profile and demonstrates some neat modern touches designed to add interest beyond the mere replaying of a library of retro classics. One is the creation of tournaments centred on particular games, which run for a finite time and in which, effectively, you’re playing against the leaderboard.

Antstream has also dreamed up a string of game-specific challenges which feed into an Xbox-style achievements system. That all adds up to a very modern spin on the very localised sort of adulation 1980s teenagers could generate through their prowess on specific machines in their nearby arcades. More importantly, it does a very effective job of fostering the sense that playing games on Antstream brings access to an active community.

Antstream boasts an impressive library of 1,300 games, with more being added each week. So in use it does indeed feel exactly like a Spotify-style streaming service for retro games. Although of course, being a streaming service, it is vulnerable to the vagaries of sketchy broadband.

In conversation with Antstream’s Cottam, his overwhelming enthusiasm for retro games shines through. And for one in particular: ‘The first game I played, and the game that first got me into this when I was about 12 years old in 1981 or 1982 was Manic Miner, Matthew Smith’s game. I met Matthew a few years ago; he’s a really interesting character. That man changed my life – without Manic Miner I probably wouldn’t be here chatting to you now. That was an important moment for me, getting Manic Miner on the platform.’

Given that a large part of Cottam’s job involves licensing games to put on Antstream, he appears to have embarked on a life’s work: ‘If you just take games from the 70s, 80s, and 90s, I estimate there are about 150,000 of them, if you include all the different formats. I’d love to get them all on there. Some of them are very, very hard to track down, because they have changed rights so many times. We’ve been pretty successful at that, often, we’ve gone to people that we want to license content from, and they didn’t know that they’d got it.’ 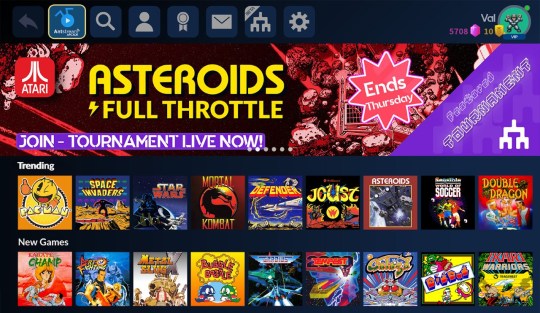 Tournaments are a big part of the appeal (pic: Antstream Arcade)

According to Cottam, ‘We’ve got about 3,000 games licensed,’ but more are being added each week. So, are there any holy grail games that he’d love to see on there but are currently evading his overtures? ‘I’ve got to be careful what I say here because yes, there are, but they are coming, and I can’t announce them yet. I think the obvious ones that we don’t have today, and I think it will be a while before we get them, are the Mario and Zelda games. Those games are so well polished and so iconic, but obviously Nintendo has quite a strict policy on how those brands are used and how they can be played.’

Slightly disappointingly, my two favourite games from a misspent youth in the arcades, RoadBlasters (from Atari) and Choplifter (from long-defunct Broderbund) are currently absent from Antstream, but have duly been requested, so look out for them – RoadBlasters, in particular, despite being released in 1987, is still the finest driving-and-shooting game ever made.

Cottam won’t reveal how many gamers use Antstream but says: ‘By moving it to a free model, we’ve seen a 25-times increase in the number of users coming to the platform, literally overnight.’

He is candid about the thinking behind the move to a free business model, though: ‘I originally started the business intending it to be free-to-play, as a Freemium service, and then we tried the subscription model. Because the thing is with subscription, on paper, it makes a lot of sense. If you look at what is happening outside of gaming, with non-gaming apps, subscription-based services are doing incredibly well, and the gaming industry was starting to talk about moving to subscriptions.’

But Cottam realised how hard it was to get people to pay subscriptions for: ‘A new app coming into the world that didn’t have an existing audience. Then you look at the mobile gaming space and realise that most of the top-grossing games are free. There’s a culture around gaming, and particularly casual gaming, an expectation for it to be free, and people want to try before they buy.’

A hit with the streamers

Cottam is clearly proud of Antstream’s growing roster of tournaments: ‘We had a Pac-Man tournament last week, and one of the players had 3,500 attempts to get the top score; someone else played for 89 hours in a week, just on that one game.’

He argues that the service’s tournaments, ‘Completely change the dynamic. What I also love seeing is when you get Twitch streamers playing in the tournaments, and streaming them, and their audience are jumping in and they are talking about where they are getting to on the leaderboards as well. The social aspect of it is really important. I think we’ve made these retro games more relevant to modern gamers, and particularly to younger gamers.’

Anything that brings the joys of the unfettered, Wild West-style early days of gaming – before the industry developed a more corporate edge – to new generations of gamers has to be a good thing. In that context alone Antstream’s desire to be the Spotify of retro games is laudable, as is the way in which, having moved to a free business model, it delivers quite convincingly on that aim.

PS5 stock shortages to continue into next year admits Sony