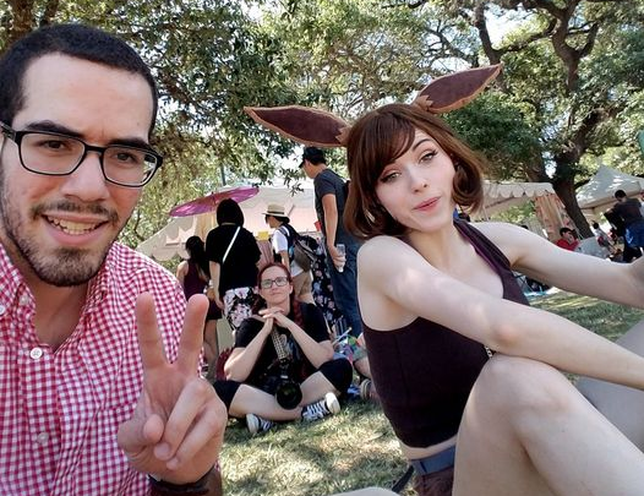 The fallout from Amouranth’s revelations of being married continue, as she breaks ties with her content lead and cameraman of eight years.

Amouranth’s life seems to have turned upside down since revealed she was caught in a toxic marriage, but thankfully things seem to have worked out for the best as she’s not only sought and received help but is already back, streaming on Twitch – and she seems to be a lot happier.

She’s implied that a lot of her content pandering to male viewers was her husband’s idea, but she also seems unhappy with the content lead and cameraman for her channel, known as Marz.

According to Amouranth, speaking in her most recent stream, since he has known her for eight years, he was well aware of the relationship between her and her husband. She was particularly critical of his conduct over the last few days, claiming that he was ‘out of line’ in the way he tried to manage the situation.

Amouranth, real name Kaitlyn Siragusa, said that Marz called security, and later police, after a row between her and her husband, despite her telling him not to.

This, she claims, ‘aggravated’ tensions between the couple and ultimately led to Amouranth making her public statements.

This was in the immediate aftermath of the TwitchCon convention, with Amouranth also angry that Marz left at that point, once the police had been called.

Marz then made a post on Twitter in which he said he was going to ‘keep supporting her’, despite her appearing to have sacked him. Amouranth replied to his tweet with the words ‘Stop it.’

Whether or not Amouranth will completely sever her ties with Marz is unclear but since reappearing on Twitch the implication is that she will go about her life very differently.

Not only did she appear in a baggy sweatshirt, instead of the revealing clothing she usually wears, but she implied a significant change to her style of content, as she spoke of her desire to do more ‘animal streams’.

Amouranth has spoken before of her desire to set up an animal sanctuary when she retires, but what she has planned for the short term remains to be seen.

If you are in immediate danger call 999. If you cannot talk, dial 55 and the operator will respond.

For free and confidential advice and support for women in London affected by abuse, you can call Solace on 0808 802 5565 or email [email protected]

Roy Keane is NOT suited for modern management and he has lost quality after becoming pundit, says ex-Man Utd team-mate