A FAN-MADE video of a HANDHELD Xbox console has gone viral on social media.

The fantasy machine, called the Xbox Series Z, has all the benefits of a next-gen console but can fit in your pocket. 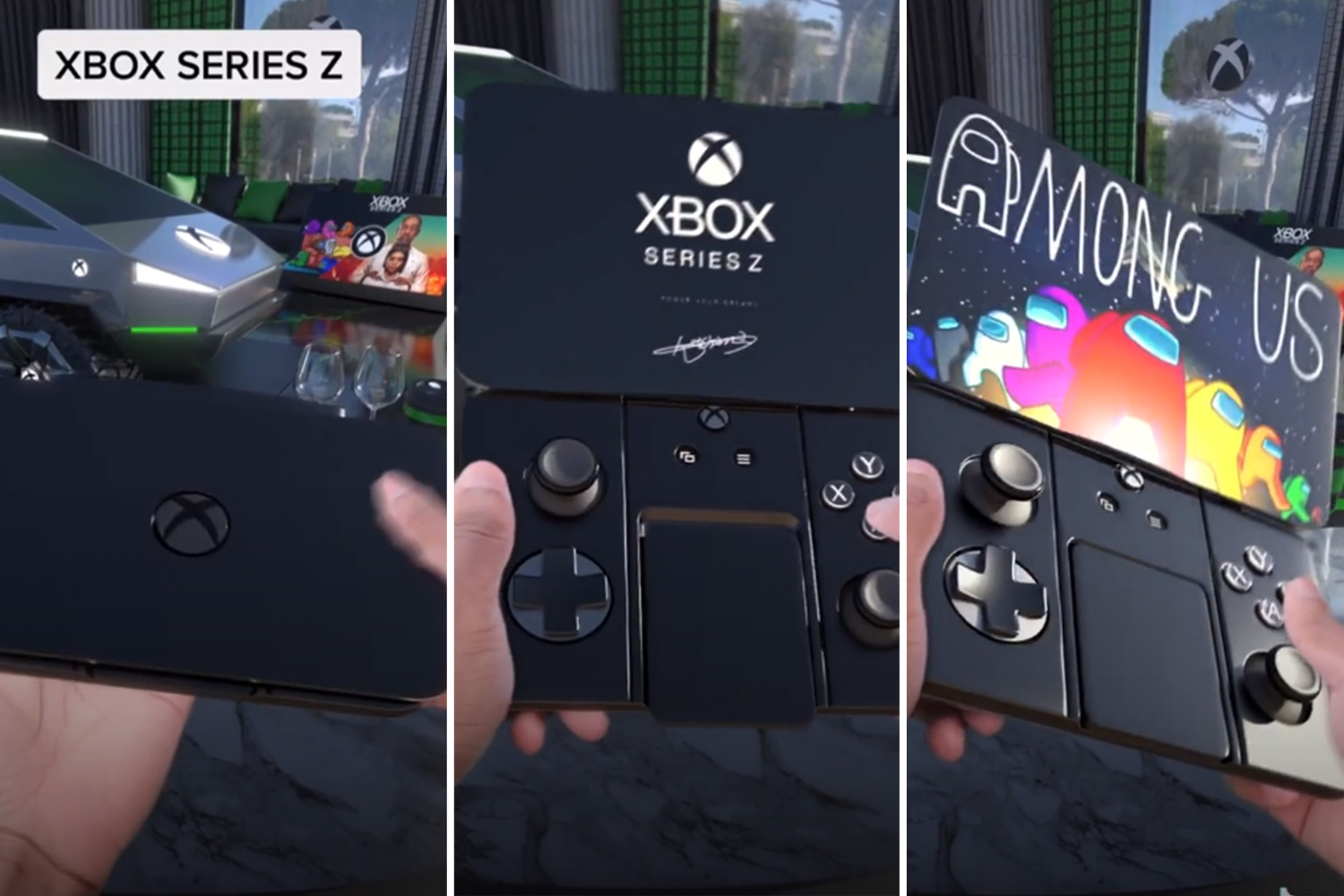 A fan-made video of a HANDHELD Xbox console has gone viral on social mediaCredit: tiktok

The brief clip was put together by graphic artist and TikTok user Kashama, who posted it to the app on Sunday.

It’s filmed from the perspective of someone opening the foldable gadget up and browsing through some of its games.

Microsoft has long been rumoured to be working on a portable console along the same lines as Nintendo’s hugely popular Switch.

The US tech titan has already bet big on mobile gaming, though it’s made no mention of any plans for a handheld gaming device.

In Kashama’s imaging, the “Series Z”, as they call it, is a handheld console that folds, a bit like the classic Nintendo DS.

When folded, it’s slightly larger than your hand, but when unfolded (with the touch of a button) it’s about the size of a magazine cover.

Inside is a screen positioned above the joysticks, D-pad and A, B, X and Y buttons that have been a mainstay of Xbox controllers for years.

The person in the video cycles through a handful of games, including Among Us and Far Cry 6.

Kashama regularly makes realistic video concepts of technology that could crop up in future.

He’s previously shared clips of futuristic Xbox controllers, foldable iPhones and even a Lamborghini smartwatch to his 875,000 TikTok followers.

Of course, the “Series Z” would require some pretty remarkable engineering, so don’t expect to see it pop up in the real world any time soon.

Rumours of a portable Xbox console are heating up following the release of Microsoft’s new console, the Xbox Series X.

The Series X is a high-powered machine that supports 4K gaming and is said to practically eliminate loading times.

As for any chance that a “Series Z” is on the way, we wouldn’t put our money on it.

Microsoft has already bet big on mobile with its Game Pass Ultimate app, which lets you play top-end Xbox games on your smartphone or tablet.

The company even partnered with Samsung for the release of its Galaxy Note 20 handset.

Gamers can plug an Xbox One controller into the £850 device and tuck in to more than 100 Xbox games on the cloud with Xbox Games Pass.

All in all, releasing a portable console now would cannibalise all of the work and cash Microsoft has ploughed into its recent mobile ventures.

On top of that, the company would likely detract from sale of the Series X and Series S by releasing a much cheaper console so close to their launches.

Of course, we can’t say for certain that a portable Xbox isn’t in the works, but don’t hold your breath.

What are your thoughts on the handheld Xbox? Let us know in the comments!

‘Vigilante, 27, killed “phone thief” with her purple gun – then strolled casually away’