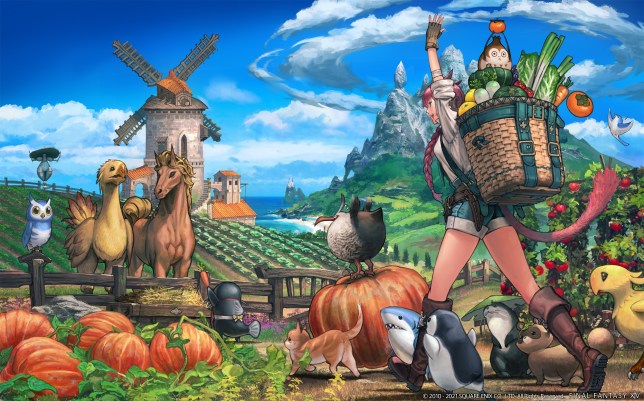 In Final Fantasy 14, players can buy, sell, and trade items with each other. Unfortunately, such a system is subject to abuse, something Square Enix is trying to stamp out.

The publisher recently confirmed that over 5,000 players were caught engaging in real money trading, essentially selling items to other players for actual money and not the in-game currency, as well as other illicit activities.

Between February 25 and March 3, exactly 5,037 accounts were terminated. A further 814 accounts were also terminated for advertising real money trading, bringing the total to 5,851 players to be banned from the game.

A post on the official website asks that anyone who spots any confirmed cheats of any kind or players advertising real money trading must report these instances immediately using the in-game systems.

‘We will continue to take stringent disciplinary action against any accounts with confirmed involvement in RMT/illicit activity; players should take care to steer clear of any activity that violates the Terms of Service.’

Aside from just generally being a nasty thing to do, this kind of cheating undermines and upsets the balance of the game, potentially providing players who are willing to spend the cash an unfair advantage.

Square Enix clearly wants the practice stamped out as soon as possible, not just for the sake of the game and its players but in preparation for the next expansion, Endwalker.

Endwalker isn’t releasing until later this autumn but it will coincide with Final Fantasy 14’s release on PlayStation 5, which is likely to bring in brand-new players that may have been unable to play it before.

Final Fantasy 14: A Realm Reborn is available on PC, PlayStation 4, and PlayStation 3. It will release for PlayStation 5 this autumn.