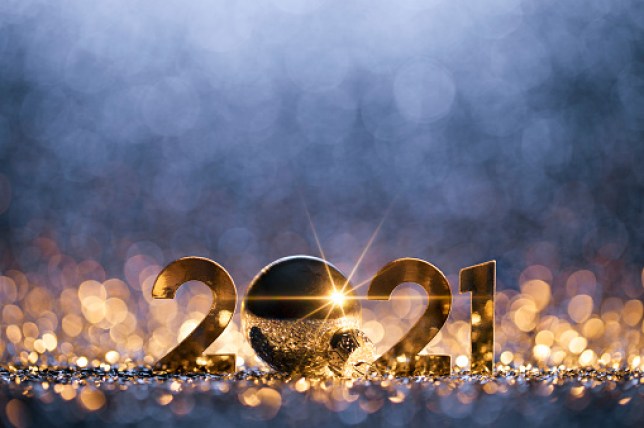 It’s not been great so far (pic: Getty Images)

A reader is worried the pandemic is going to make 2021 even worse than 2020 for new game releases and that it won’t get better in a hurry.

2020 was awful, we all know that. In terms of real-life events it was a nightmare for many and at the very least boring and frustrating for everyone else. It wasn’t great for games either, although after some delays some great titles did manage to make it out, like The Last Of Us Part 2 and Final Fantasy 7 Remake. 2021 though is already much worse. In fact, I think it will very probably be the worst year for video games ever.

We’re at the end of March now and almost literally nothing has happened. There’s been virtually no big name releases, no major announcements, and lots and lots of delays. Gotham Knights, Hogwarts Legacy, Gran Turismo 7, Back 4 Blood… the list goes on. Some of those delayed games have gone straight into next year and others are just before Christmas, where they’ve got every chance of being delayed again.

We haven’t got a major release now until May, with Resident Evil Village, which is arguably the first big release of the entire year (I’m unclear on how popular Monster Hunter Rise is exactly, so that might count instead). Then there’s Ratchet & Clank: Rift Apart in June and… no that’s it really until Back 4 Blood in October. There’s smaller stuff that might be good, like Deathloop in May or Mario Golf in June, but so far it’s just been a big fat goose egg in terms of new games.

For Christmas we’ve got Call Of Duty (why a WW2 setting? So boring!) and Battlefield 6 and nothing else that anyone else seems willing to commit to. FIFA 22 I guess. There are those rumours about Nintendo having a massive store of games to announce any moment now but count me in the list of people that doesn’t believe a word of it. Nintendo never do that sort of thing, least of all on the trail end of a massive worldwide pandemic that they’ve been affected by worse than anyone.

But the lack of new games isn’t the only problem. There’ll be no E3, again. Which means the chances of dragging publishers back to it when the pandemic is over are trending close to zero. Gamescom’s in the same situation and as a far as I understand basically there’s no such thing as hands-on previews anymore, just playing a streaming version of a game if you’re lucky. That means journos don’t get to play games before release or interview developers face-to-face, which seems to have led to far less interviews in general.

This is not good because it means companies are not being questioned or challenged about anything and all we have to go on is the official marketing blurb, which a worryingly large people seem to take at face value (have we learned nothing from Cyberpunk 2077?!).

So there’s no games, no news, no previews, no interviews, and nothing to look forward to as even when a game seems to have a release date it suddenly gets shifted back six months before you know what’s happened.

As others have pointed out, the biggest problem is that it’s not anyone’s fault. I’m sure developers are trying their best in very difficult situations and, to be fair to them, publishers don’t seem to be taking advantage of the situation in any particularly nefarious way.

The worst thing is there’s no way to tell when any of this is going to end, except to know that it won’t be quick. As soon as they say we can go to the pub we can go to the pub, but there’s no magic button that’s going to suddenly open the floodgates for a ton of new games. The reason 2021 is so bad is that at least last year there were a lot of games that were almost finished and could be got ready in time for release. Anything since wasn’t as far along when the pandemic started and so it’s got much further to go under lockdown conditions.

Hopefully, we’ll start to get some big announcements once the lockdown has been over for a while but in terms of things getting back to normal, I think we’ll be lucky if 2023 is anything close to it. Enjoy your weekend!

Why there should be Amiga, SNES, and Game Boy collections on consoles