Encrypted messaging app Signal has reportedly seen a surge in signups after a recent WhatsApp popup informed users of the new privacy rules.

The news rules apply to all users but people outside the UK and the EU will also need to agree to more data sharing with Facebook.

Many people have seen the new WhatsApp terms popup already and clicked ‘agree’ without fully reading the terms.

Verification codes are currently delayed across several providers because so many new people are trying to join Signal right now (we can barely register our excitement). We are working with carriers to resolve this as quickly as possible. Hang in there.

The UK and EU pop up doesn’t mention the Facebook data sharing changes.

The personal data that some users will have to agree to share with the tech giant includes their phone number.

Even billionaire Elon Musk has tweeted to tell people to use Signal.

This is thought to have encouraged a huge wave of signups.

Signal recently tweeted: “Verification codes are currently delayed across several providers because so many new people are trying to join Signal right now (we can barely register our excitement).

“We are working with carriers to resolve this as quickly as possible. Hang in there.”

Signal and Telegram are now better alternatives if you are concerned about your privacy. Here’s what a Facebook wants out of you on WhatsApp and it’s own site: pic.twitter.com/uBN5g9ufgx

Signal is deemed to be the most secure digital communication method on the open market.

It gives users the option of being able to erase their own messages within a set period of time, from a week down to just five seconds.

Last year, the Sun reported that members of the UK Government, including the Prime Minister, had signed up to Signal.

Disappearing messages are liked by senior Government figures because they help limit leaks.

But the option also makes it impossible to seize their messages later by Freedom of Information requests or a judge’s order. 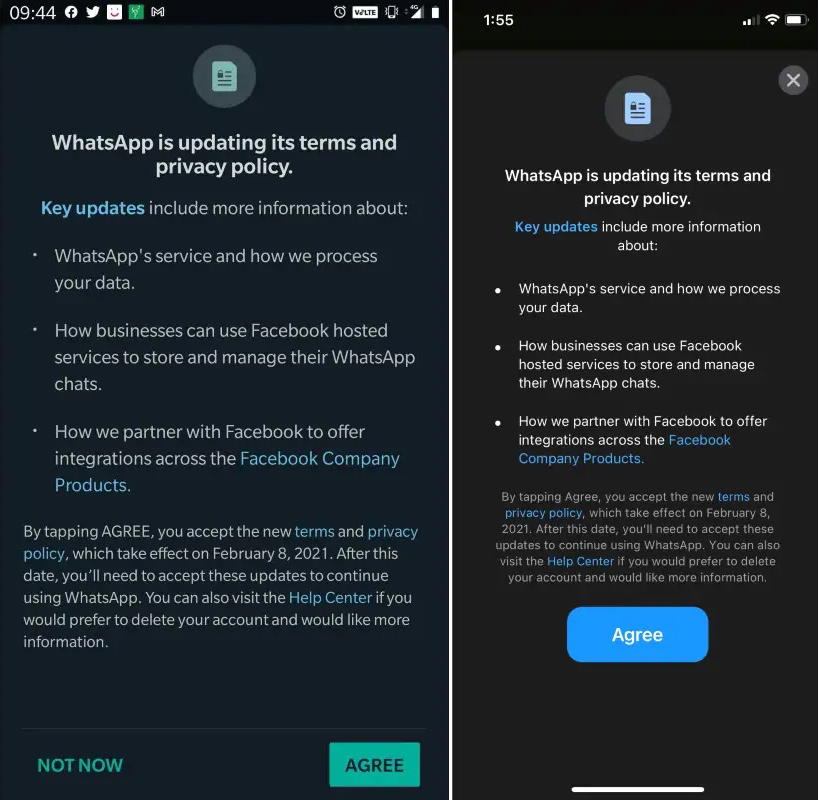 The new WhatsApp changes have also made how it handles and collects data more transparent and new sections in its privacy policy include ‘Transactions and Payments Data’ and how it handles ‘Location Information’.

“The information we share with the other Facebook Companies. includes your account registration information (such as your phone number), transaction data, service-related information, information on how you interact with others (including businesses) when using our Services, mobile device information, your IP address, and may include other information identified in the Privacy Policy section entitled ‘Information We Collect’ or obtained upon notice to you or based on your consent.” 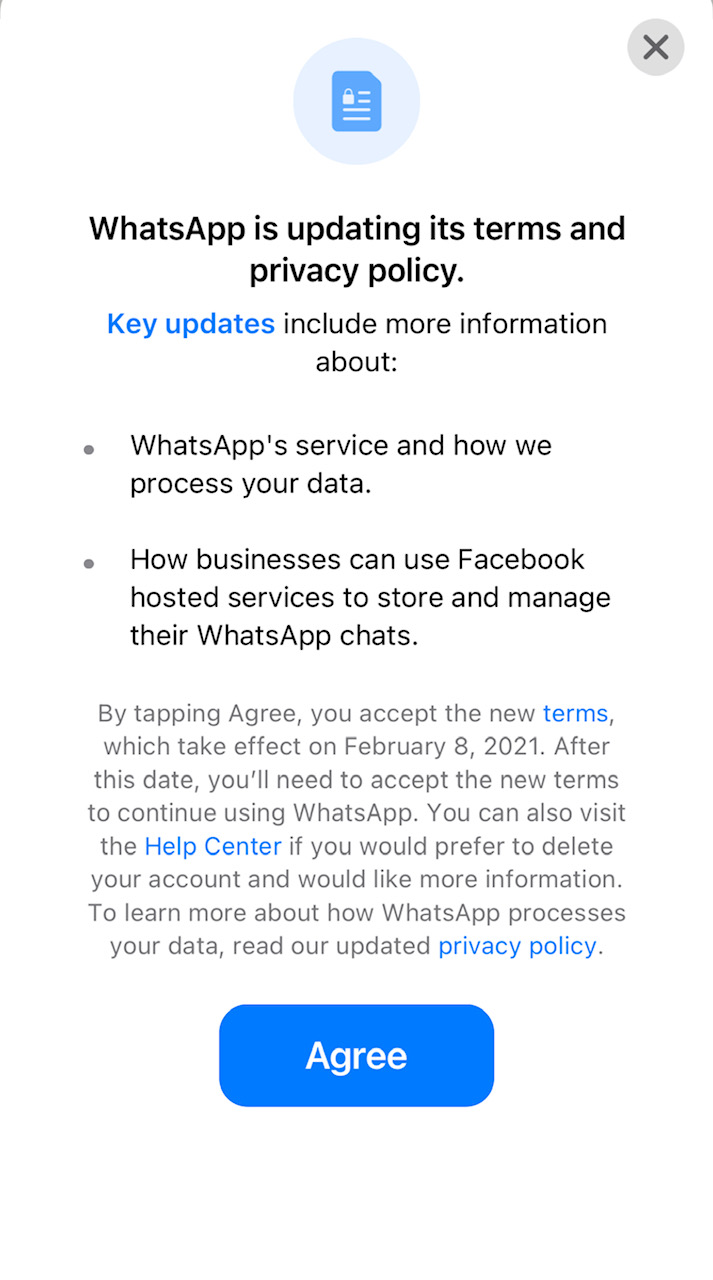 This is the UK message

A WhatsApp spokesperson told us: “There are no changes to WhatsApp’s data sharing practices in the European region (including UK) arising from the updated Terms of Service and Privacy Policy.

“For the avoidance of any doubt, it is still the case that WhatsApp does not share European region WhatsApp user data with Facebook for the purpose of Facebook using this data to improve its products or advertisements.”

It’s the app everyone is talking about right now…

Signal is an encrypted messaging app that you can download for free on your smartphone.

It allows one to one or group messages that can include files, voice notes, videos, images, voice calls and video calls.

The app was created by the Signal Foundation and Signal Messenger LLC.

The Signal Foundation was formed in 2018 by Moxie Marlinspike and WhatsApp co-founder Brian Acton.

Their aim is “to support, accelerate, and broaden Signal’s mission of making private communication accessible and ubiquitous”, meaning it could be used by everyone everywhere.

What do you think of the new WhatsApp data change? Let us know in the comments…