A ‘SECRET’ Netflix code list has appeared online after a Facebook user posted it in a shopping group called ‘Bag a weekly bargain’.

The list contains 235 codes but some are more useful than others. 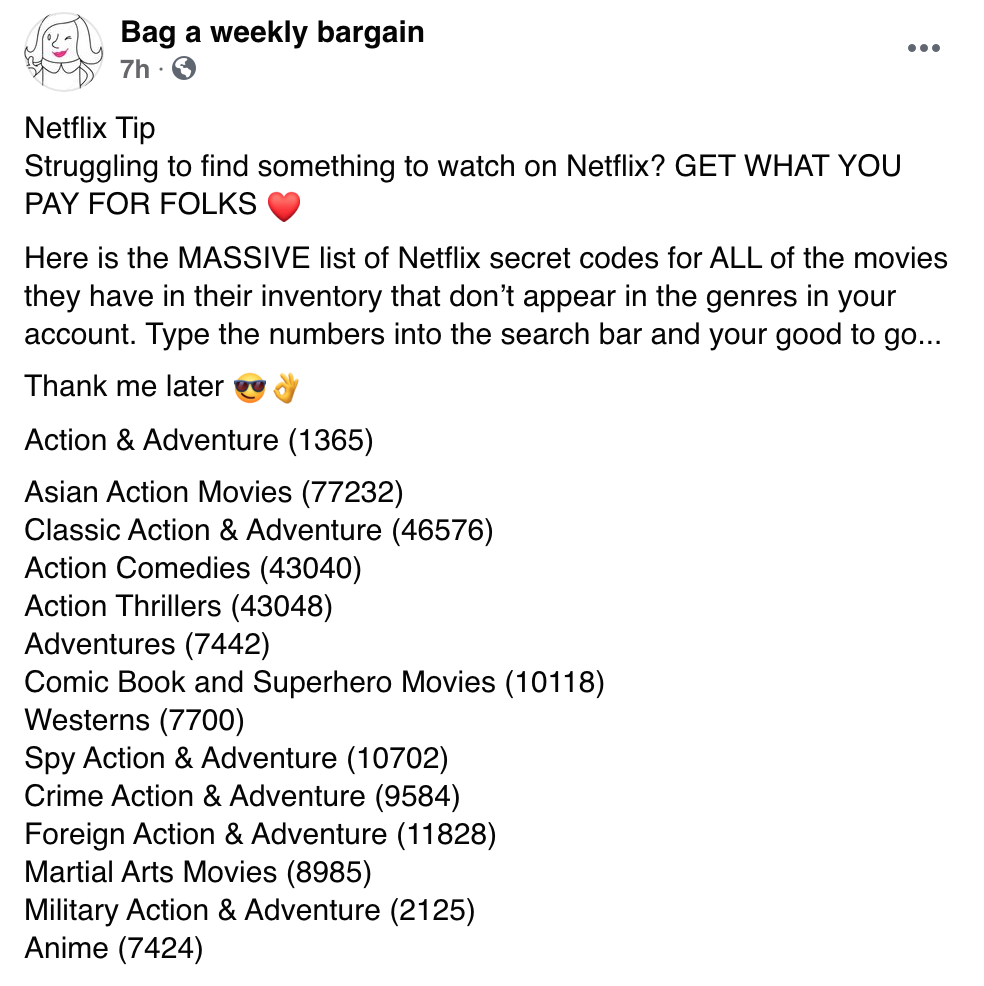 “GET WHAT YOU PAY FOR FOLKS.

“Here is the MASSIVE list of Netflix secret codes for ALL of the movies they have in their inventory that don’t appear in the genres in your account. 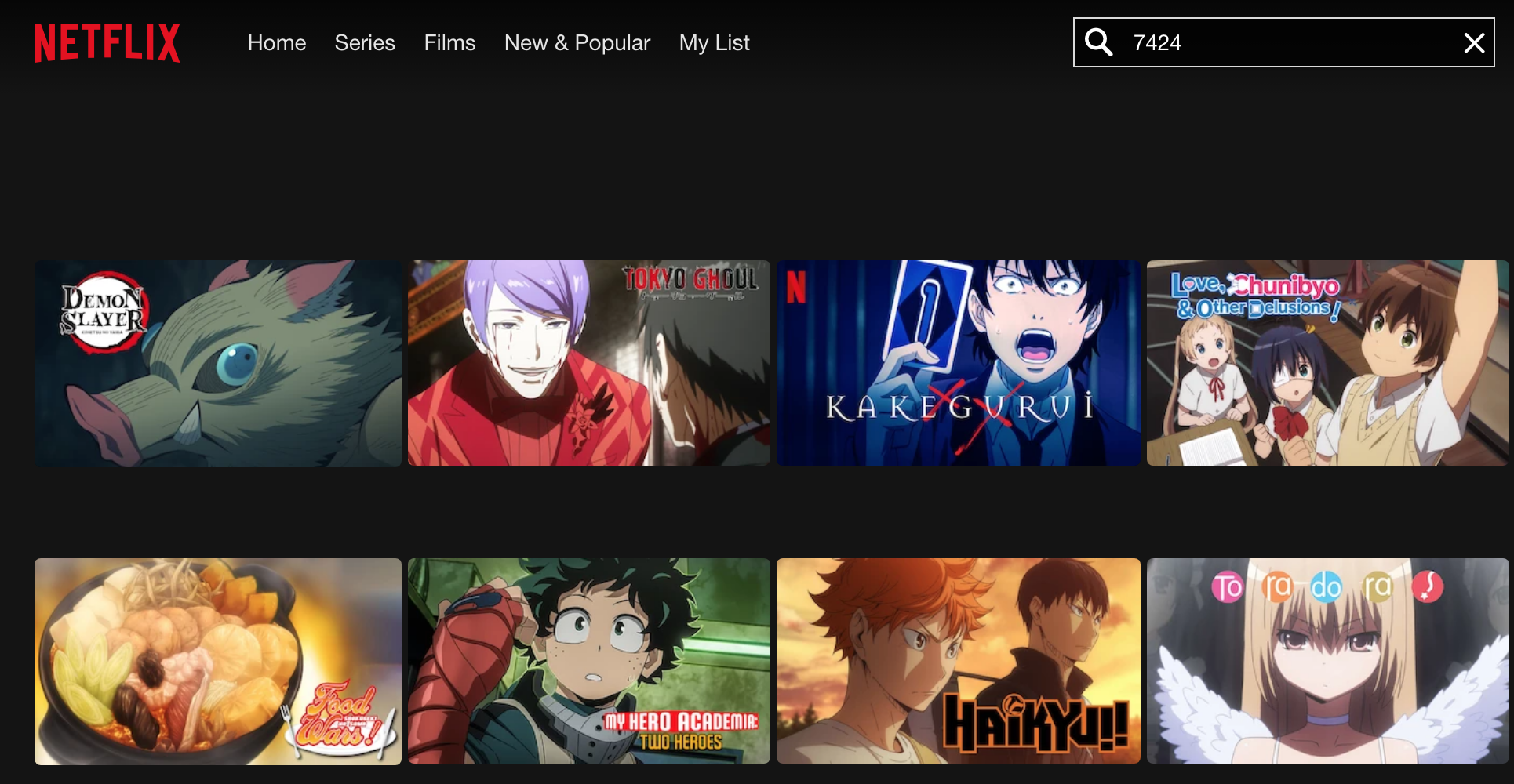 The post has been shared hundreds of times but people were quick to use the comment section to point out not all of the codes work.

Once user wrote: “It does work but some codes don’t work but it’s pretty good. Thanks for sharing.”

For example, if you type in the code “47465” into your Netflix search bar, you will see some ‘Classic Westerns’ pop up.

However, if you type in the code which the list claims will bring up ‘Classic Action & Adventure’ films, UK Netflix users will just see an error message.

This could be because Netflix changes codes regularly so some of them may no longer work.

Anime fans will be pleased to know code ‘7424’ does still bring up lots of Anime content.

If you want to try out the codes for yourself we’ve included all 235 mentioned in the Facebook post in a box below.

In other news, Samsung is reportedly working on two sets of augmented reality glasses, according to a wild new leak video.

Are you a Netflix fan? Let us know in the comments…