SAMSUNG has developed a robot butler that can even pour you a glass of wine or beer.

The electronic helper will perform daily chores around the house – including cleaning the dishes. 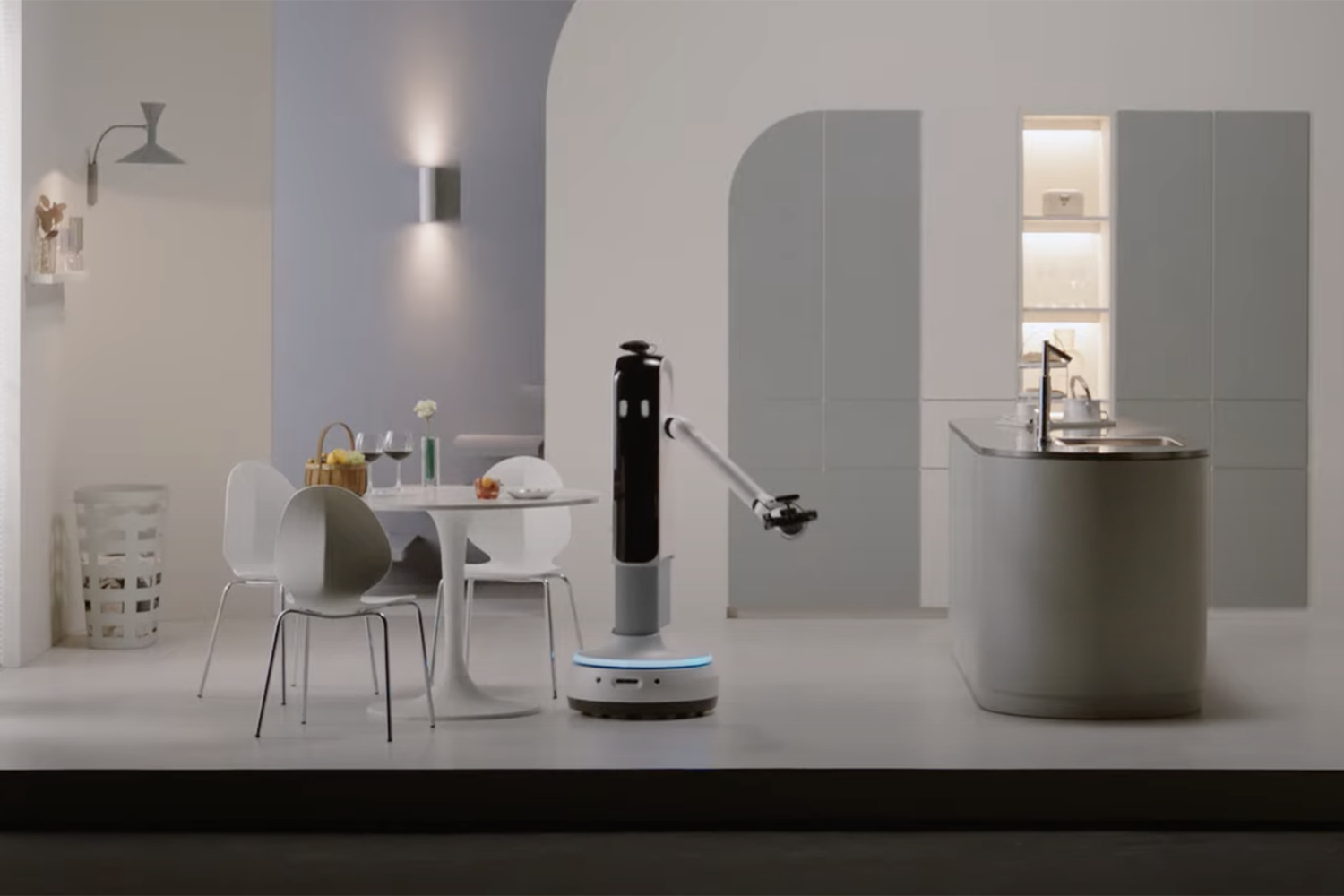 According to Samsung, the Bot Handy will “become an extension of you” around the house.

It’s a tall white robot with a digital display that shows “eyes”.

Most importantly, the robot has a long and pivoting arm that can grip and move objects.

The Bot Handy is equipped with a series of cameras and sensors to help identify what’s going on around it. 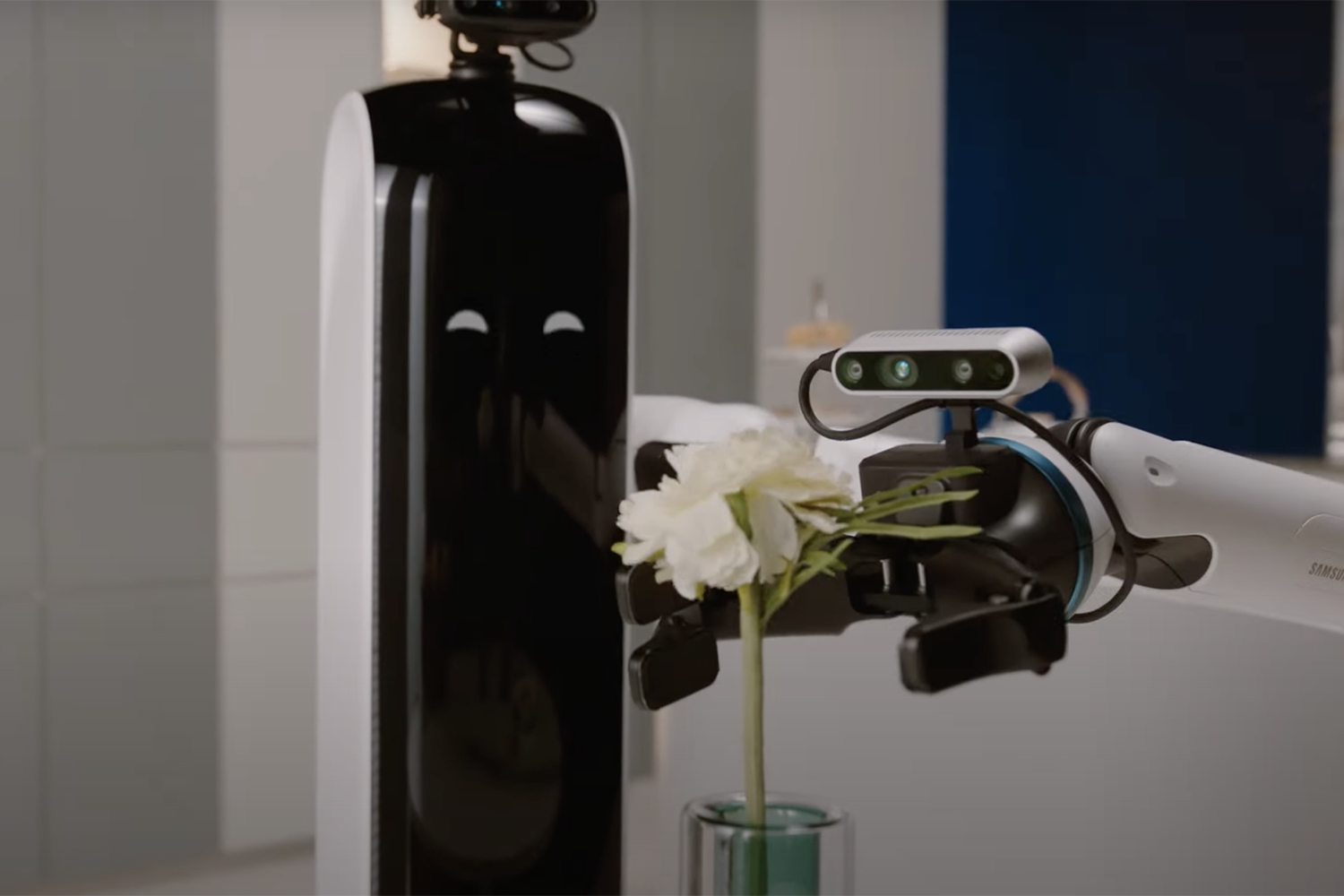 It can brighten your home with a floral arrangementCredit: Samsung 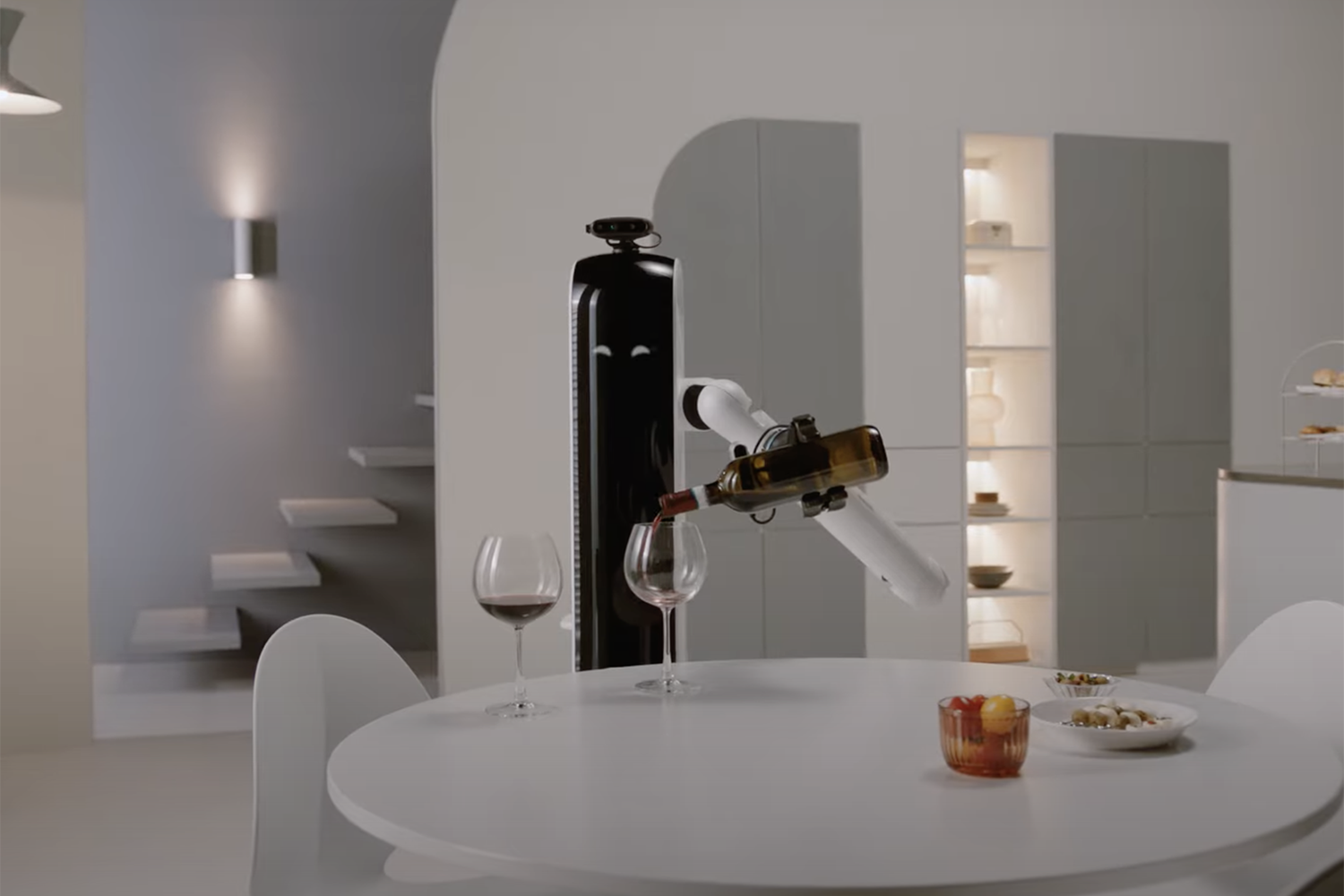 Want a glass of wine after a long day? Your robot has you coveredCredit: Samsung

And it can roll round your home to perform tasks in any room.

Exciting, Samsung reckons the Bot Handy can examine exactly how much force is needed to grab certain objects.

That means it won’t accidentally crush your favourite dish, for instance.

“Samsung Bot Handy will rely on advanced AI to recognise and pick up objects of varying sizes, shapes and weights,” the South Korean tech giant explained.

A Samsung teaser video for the new robot shows the robot performing many useful household tasks.

The robot can tidy away, or set the table for dinner. 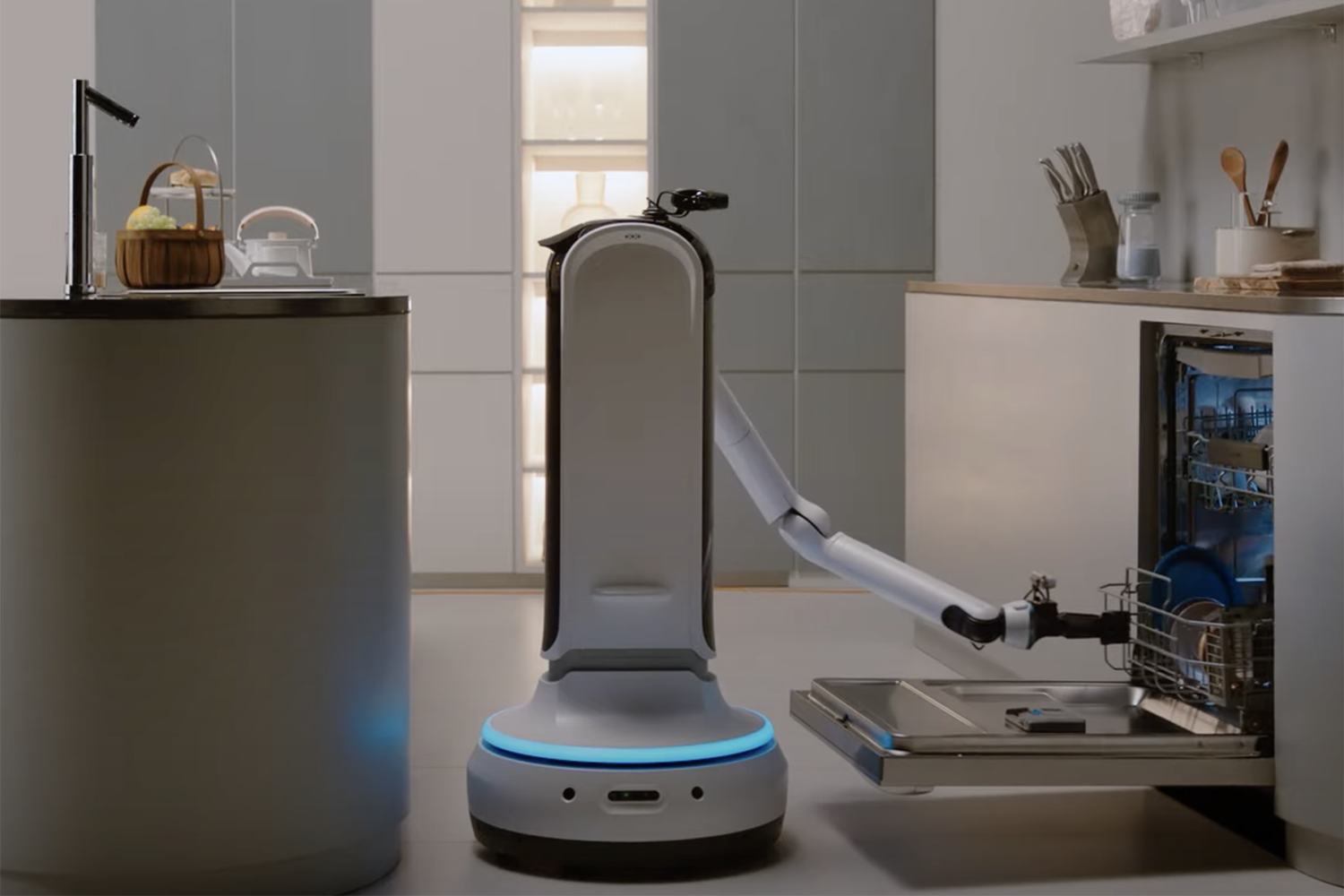 Reloading the dishwasher can be outsourced to your humble home droidCredit: Samsung 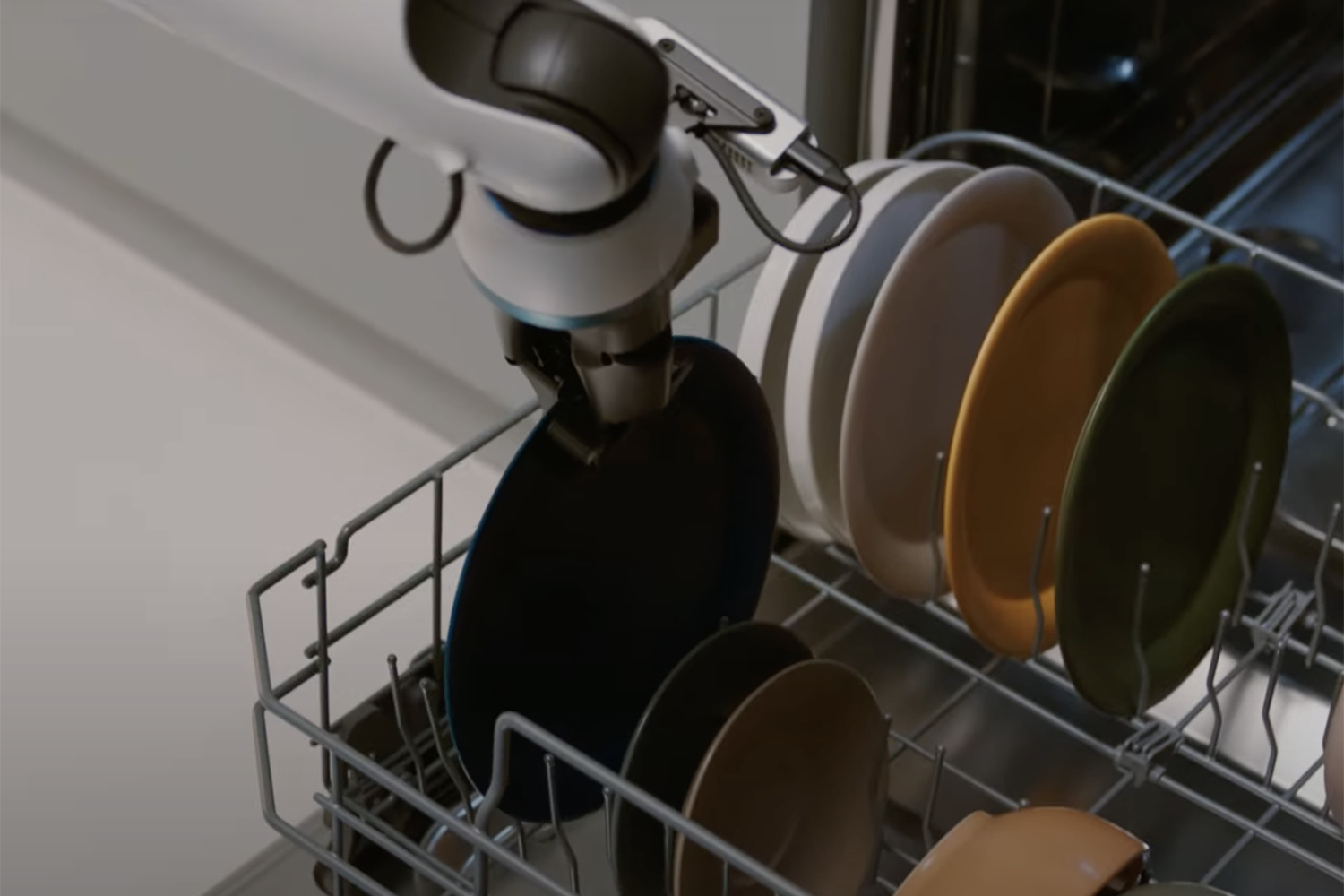 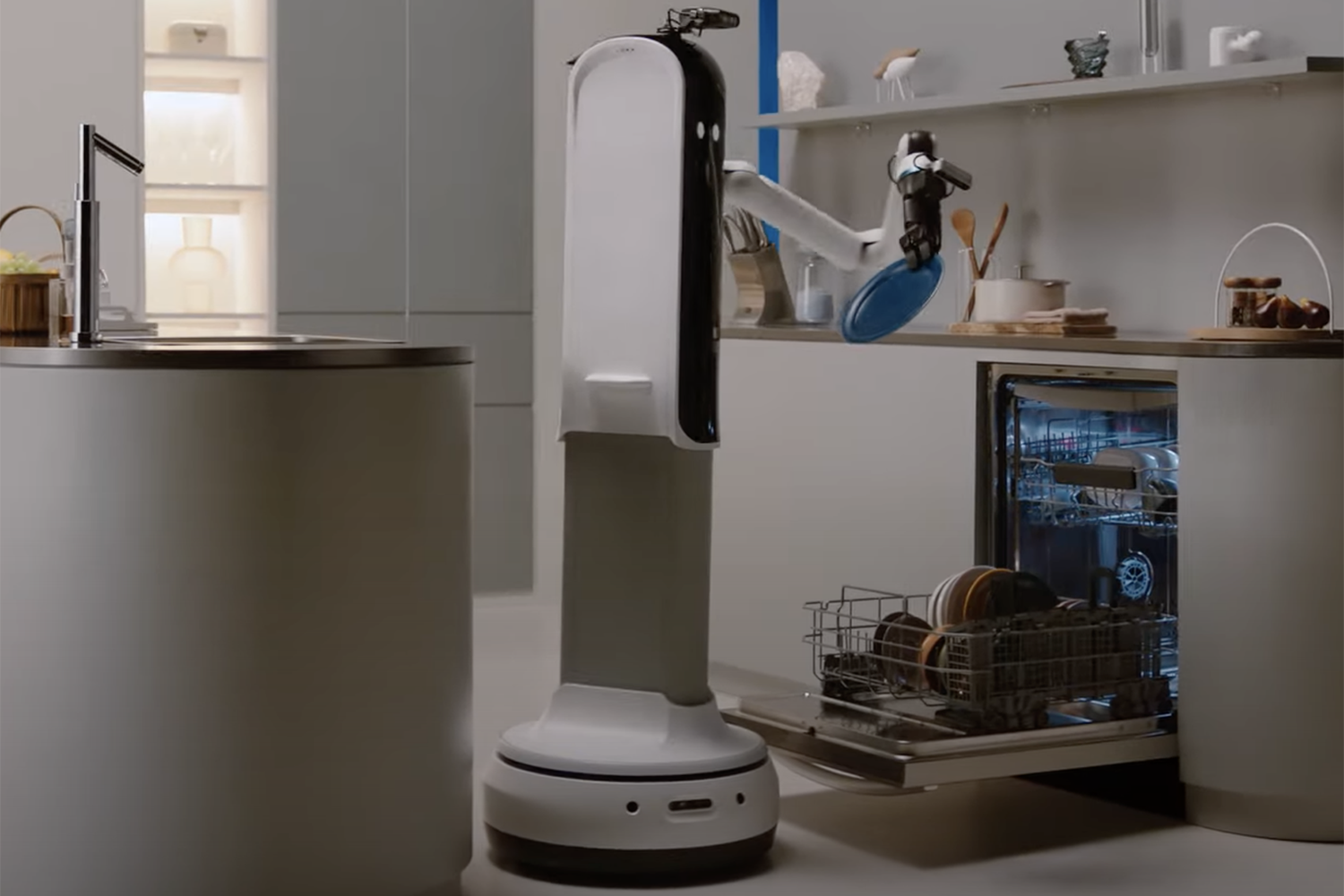 Getting the chores done has never been easierCredit: Samsung

It can serve up beverages, including a glass of beer or wine.

And it can even reload (or re-organise!) plates in the dishwasher.

The new robot was unveiled as part of CES 2021, an annual tech convention that’s taking place virtually for the first time ever this year.

Samsung hasn’t confirmed when this robot will be released.

But when it does go on sale, it’s sure to cost a pretty penny given the tech on board.