ONEPLUS has unveiled two new smartphones, the latest in its line of feature-rich gadgets aimed at taking on the iPhone.

The OnePlus 9 and 9 Pro feature cracking cameras, gorgeous displays and sleek designs – here’s everything you need to know. 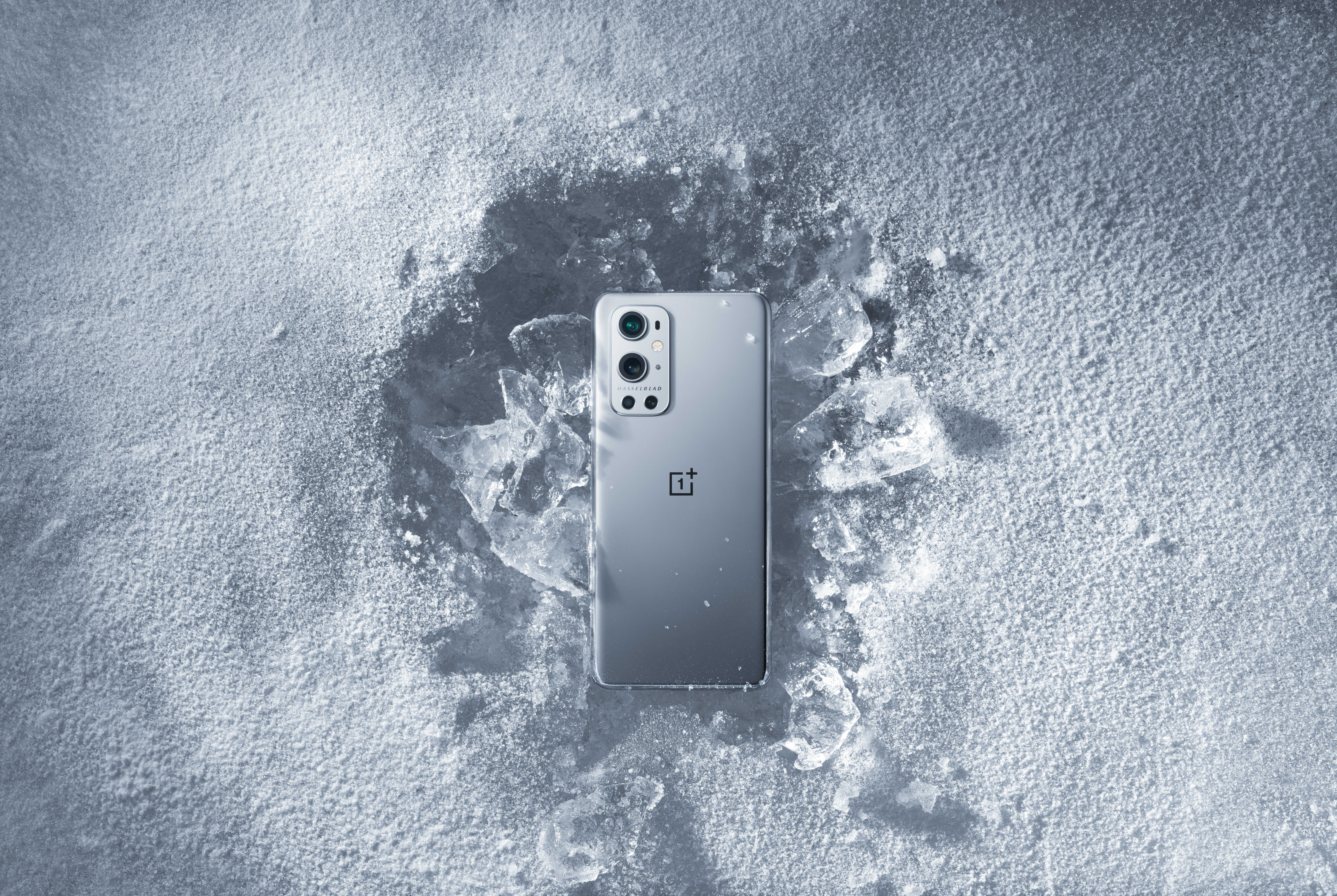 The OnePlus 9 Pro is the latest flagship mobile from OnePlusCredit: OnePlus

The OnePlus 9 and 9 Pro are the latest smartphones from Chinese company OnePlus.

They were announced during an online-only showcase on March 23 that was livestreamed to tens of thousands of fans around the world.

OnePlus founder and CEO Pete Lau described the handsets as “our greatest achievement yet.”

Founded in 2013, OnePlus made its name by releasing mid-range mobiles that boasted many of the top features of Apple and Samsung gadgets.

In recent years, the Shenzhen company has branched out into more expensive handsets that are closer to the £1,000 mark. 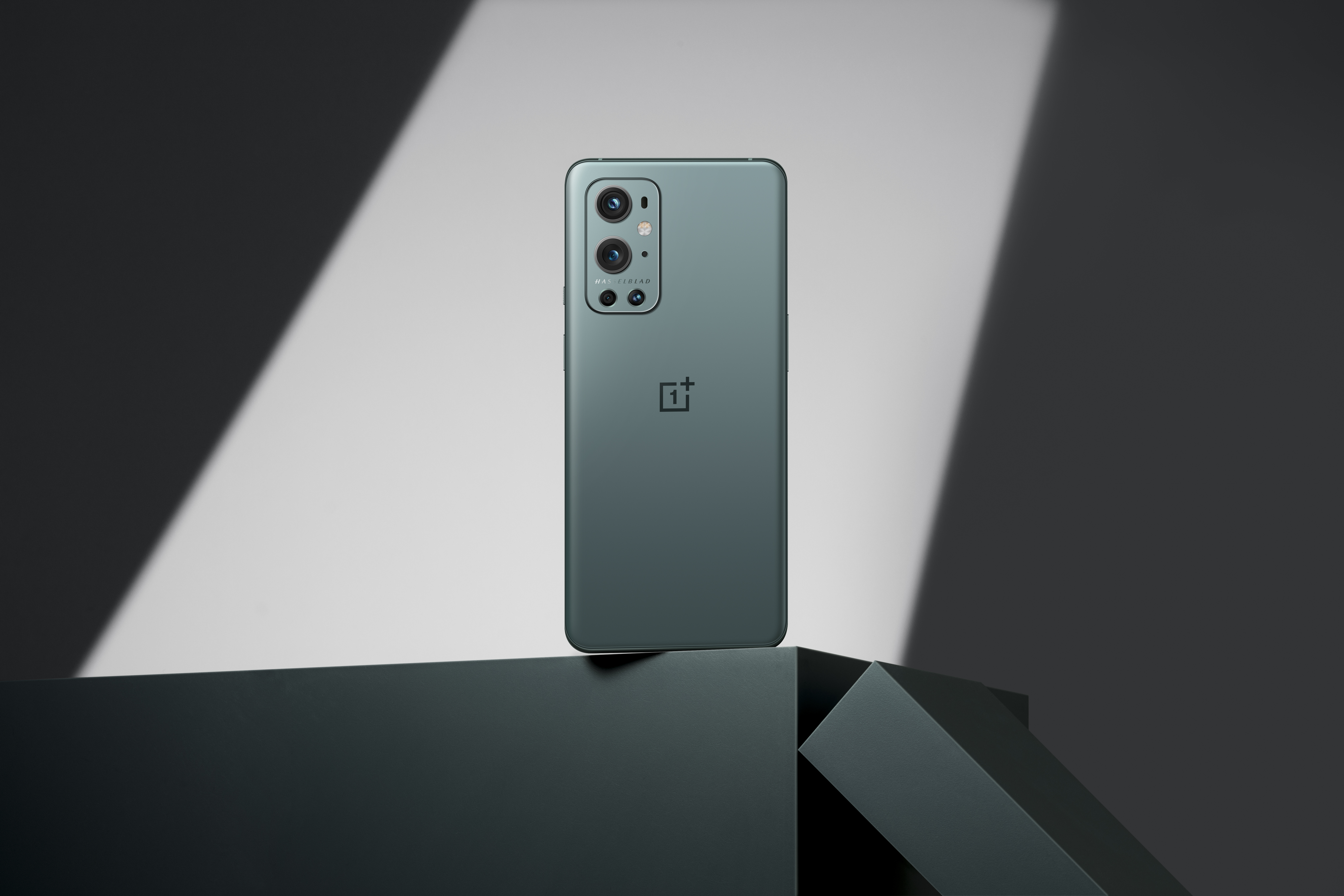 OnePlus says it has heavily upgraded its camera systemCredit: oneplus

The OnePlus 9 series boasts a handful of upgrades to take the phones a step up from last year’s 8 series.

This time around, OnePlus says it has boosted the camera system thanks to a newly announced partnership with Swedish camera firm Hasselblad.

The 9 Pro – the pricier and more feature-laden of the two new mobiles – boasts four rear cameras.

They include a 48-megapixel main lens, a 50-megapixel Ultrawide lens, an 8-megapixel telephoto lens and a monochrom lens.

The monochrom cameras has featured on OnePlus phones before, and helps users take better black and white photos. 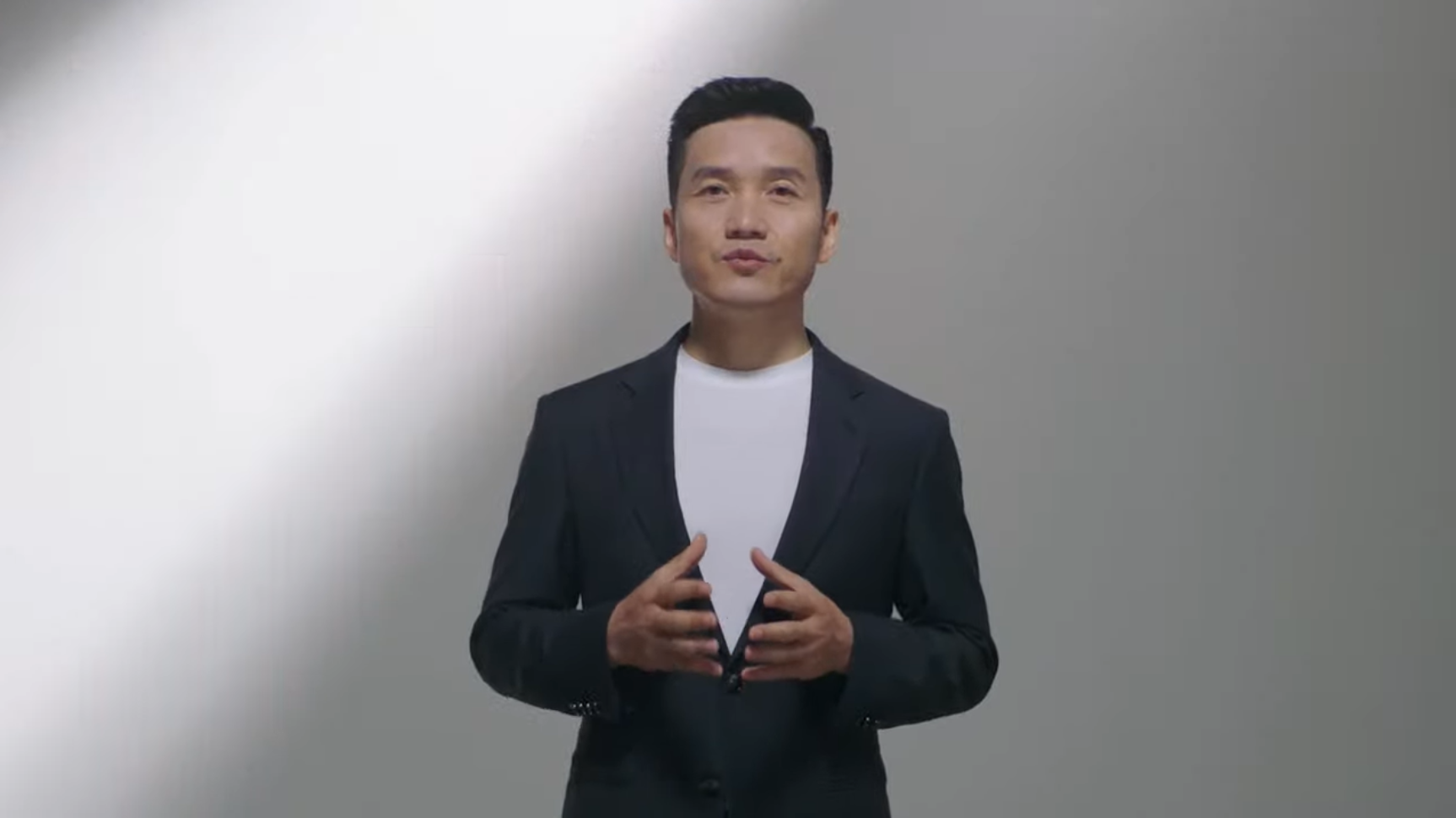 A 16-megapixel selfie camera is loaded into a hole-punch notch on the front of the mobile.

The OnePlus 9 has a triple camera system encompassing a 48-megapixel main, an ultrawide and a monohrom lens.

The mobiles offer “Nightscape mode” for photos in low light, as well as 4K HDR video on the 9 Pro.

As far as the displays go, the 9 Pro is packed with a 6.7-inch, AMOLED, QHD panel that’s as bright and vivid as any other on the market. 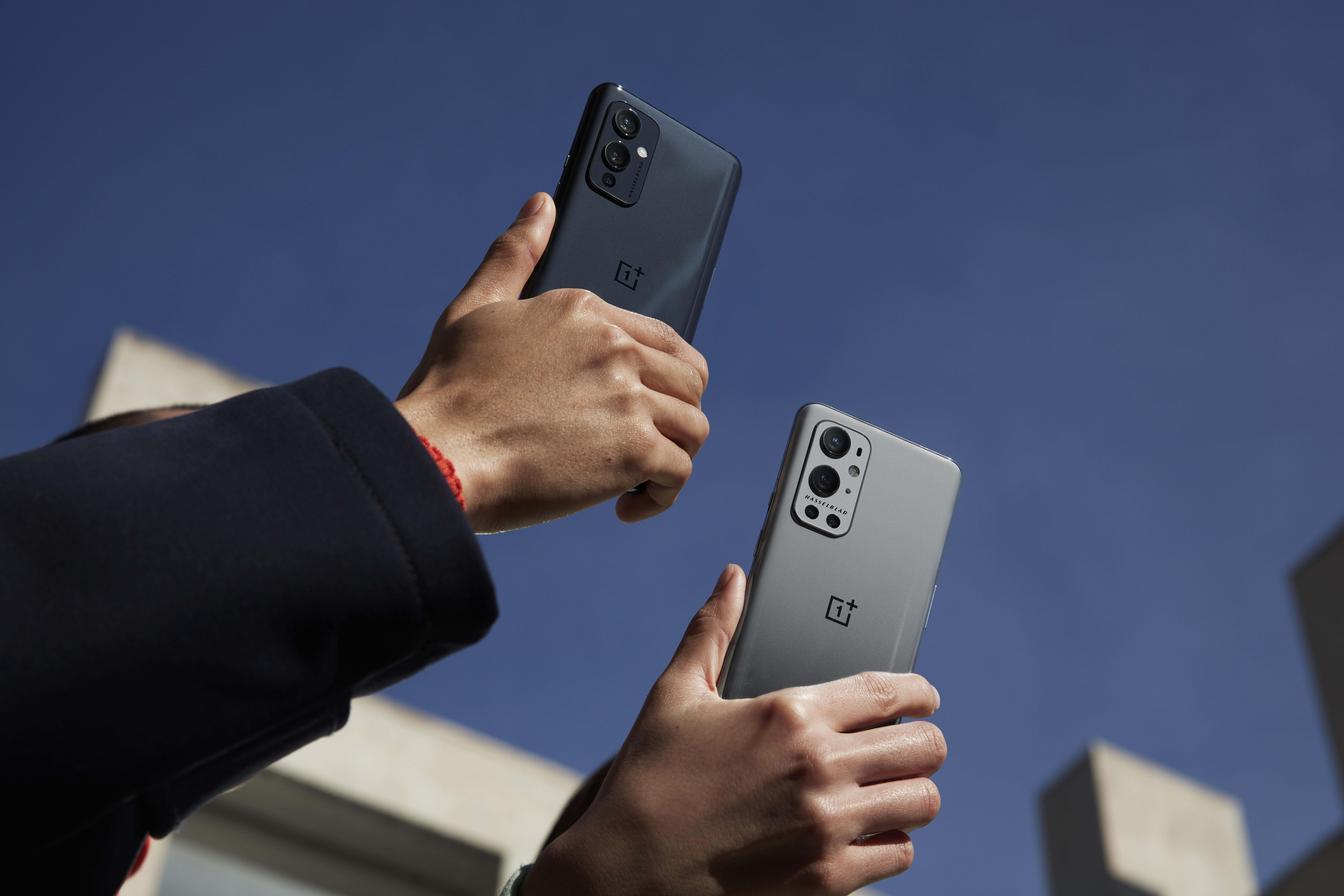 The 9 Pro is loaded with four rear camerasCredit: oneplus

As with many of today’s high-end phones, the screen is capable of 120Hz refresh rate, meaning scrolling is smooth and responsive.

The phone’s batteries are pretty bog standard, coming in at a respectable 4,500mAh.

OnePlus has loaded the mobiles with its “Warp Charge” technology, with the phones capable of juicing up 100 per cent in under half an hour.

As is now standard across the industry, both mobiles are capable of 5G connectivity.

The OnePlus 9 Pro has a metal frame, while the 9 sports a fibreglass-infused plastic. 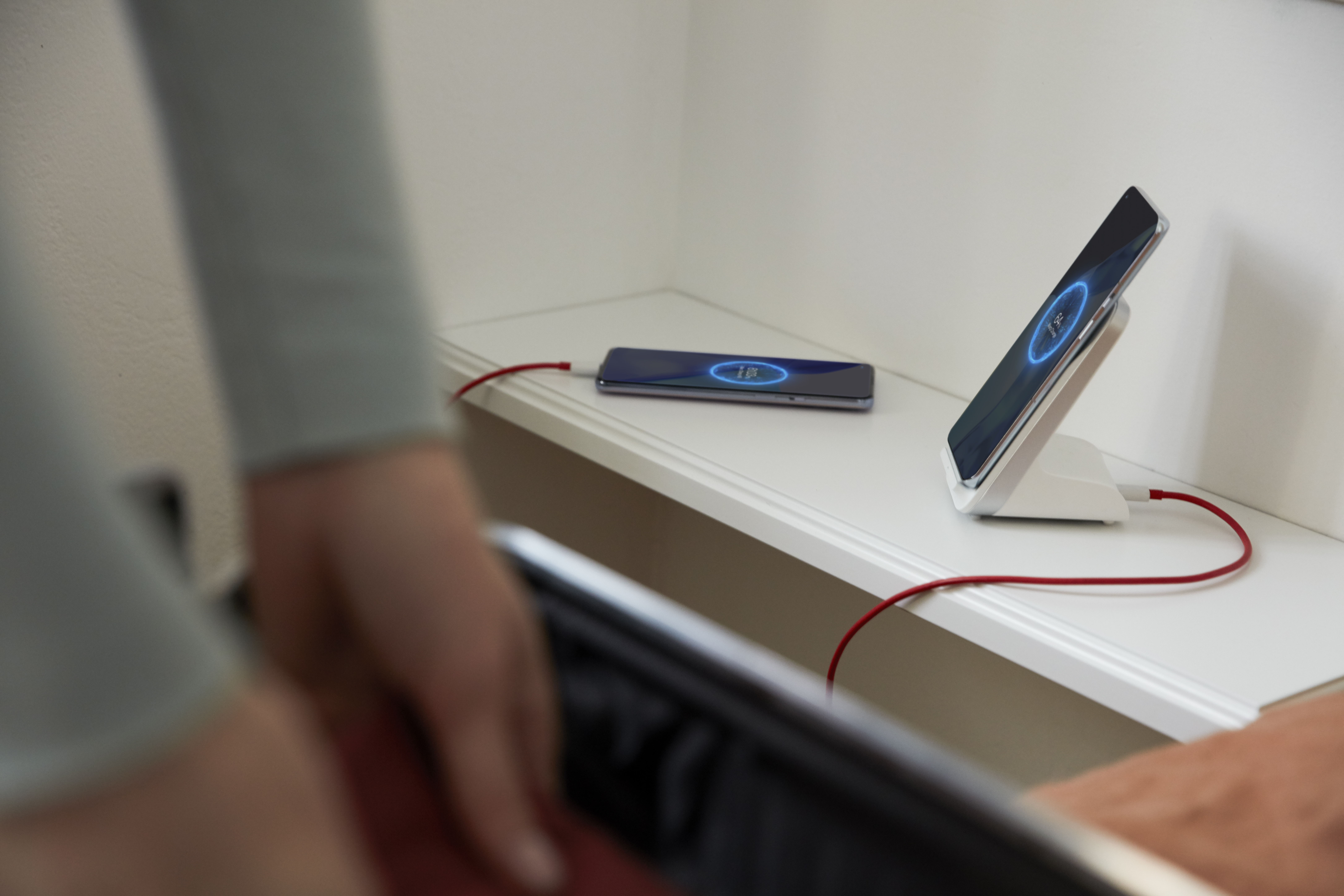 The mobile charges from zero to 100 per cent in under half an hourCredit: OnePlus

OnePlus has cooked up a range of colours for its mobiles.

While the 9 comes in: Arctic Sky, astral black and winter mist.

Both phones are out in the UK on March 23. They’re available to pre-order today from OnePlus.com, Amazon, John Lewis and Three. 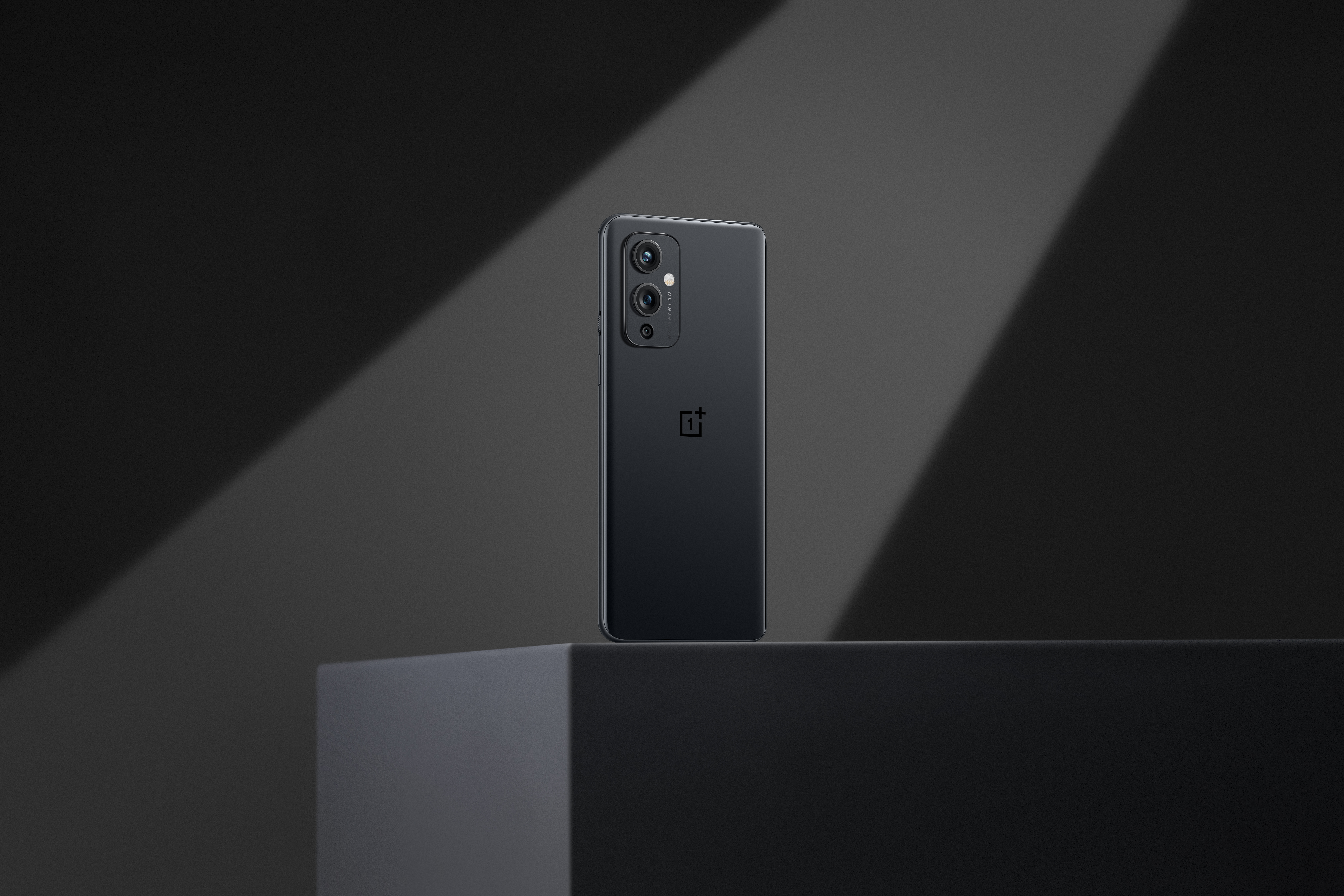 The OnePlus 9 has a lower price but fewer standout featuresCredit: oneplus

Speaking after the launch, analyst Ru Bhikka praised the smartphones’ cameras and hinted that fans of Apple and Samsung mobiles may soon be tempted to switch to companies like OnePlus.

Bhikha, mobiles expert at Uswitch.com, said: “OnePlus has built on the success of last year’s 8 Pro to demand a place at the top table of smartphone manufacturers with the 9 series.

“Consumers now expect a rear quad-lens snapper from any flagship Android phone, but OnePlus has gone one better with its partnership with leading camera-maker Hasselblad.

“The Hasselblad Camera for Mobile technology takes another step towards the day when a smartphone takes photographs worthy of a digital SLR.

“OnePlus has brought 5G connectivity to both the standard and pro models of the OnePlus 9 series, and offers powerful performance with the latest Snapdragon 888 processor. The Warp Charge function refills the battery in just 29 minutes.

“OnePlus, Oppo and Xiaomi are engaged in an arms race to offer top-end tech at affordable prices – and with specs like these, it won’t be long before Samsung and Apple fans take note.”

In other news, rumours about the iPhone 13 are already spreading ahead of its expected launch later this year.

Apple is adding brand new emoji to your iPhone – including a bearded woman, a new syringe and an AirPods icon.

And, Apple users can now pay with Bitcoin on their iPhones.

What do you make of the new OnePlus? Let us know in the comments!

4 Ways to Improve Your Company’s Podcast