INSTAGRAM is bringing out a new tool that will filter out abusive messages on the platform.

The feature has mostly been designed for celebrities and high profile figures but can be used by anyone. 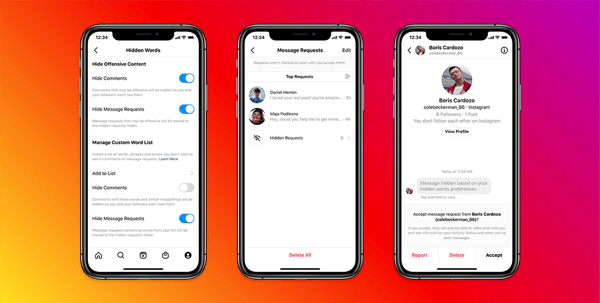 It will automatically block DMs that it deems abusive so the person they’re intended for never has to read the abuse.

The message filter feature will be under a new section called “Hidden Words.”

Hidden Words will appear as a section in your Privacy Settings.

You’ll be able to turn the feature on using a toggle. 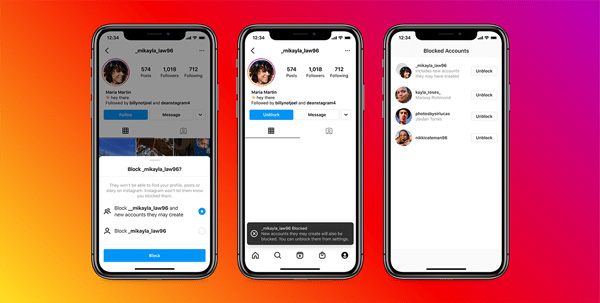 You’ll also be able to block new accounts made by abusive people that you’ve blockedCredit: Instagram

Instagram said on a blogpost: “Because DMs are private conversations, we don’t proactively look for hate speech or bullying the same way we do elsewhere on Instagram.

“That’s why we’re introducing a new tool which, when turned on, will automatically filter DM requests containing offensive words, phrases and emojis, so you never have to see them.

“This tool focuses on DM requests, because this is where people usually receive abusive messages – unlike your regular DM inbox, where you receive messages from friends.

“It will work in a similar way to the comment filters we already offer, which allow you to hide offensive comments and choose what terms you don’t want people to use in comments under your posts.”

Abusive messages will be removed and put in a different folder.

A user could still choose to click on this folder and read the messages so they can report or delete them.

Instagram said it worked with “leading anti-discrimination and anti-bullying organizations” to come up with a list of offensive phrases that should be blocked.

Users will also be able to customise their own list.

Instagram is rolling out the feature in “several countries” in the coming weeks but hasn’t specified which ones.

It will then expand the roll out to more countries in the coming months.

The company also said it will big bringing out a feature that can preemptively block new accounts that might harass you.

This could stop bullies trying to use new fake accounts once they’ve already been blocked by the person they’re sending abuse to.

In other news, Apple has finally announced its AirTag devices that can be used alongside your Find My app so you never lose your keys again.

Do you have problems with your Instagram DMs? Let us know in the comments…