A SPYING drone has reportedly captured footage of one of the experimental Tesla Semi trucks.

The vehicle was filmed in action on the test track at Tesla’s Fremont factory. 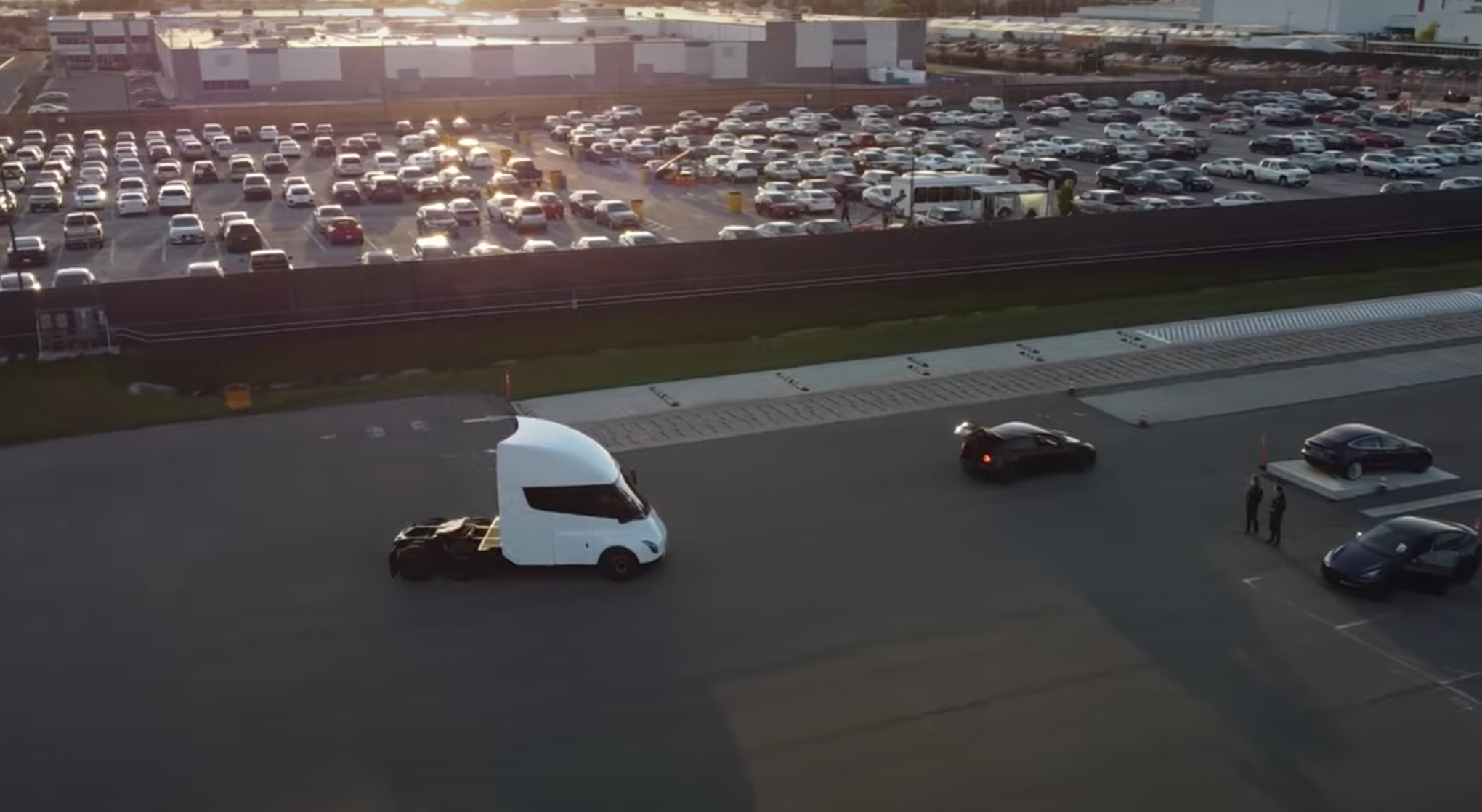 Videographer Chris Nguyen captured the footage by flying his drone over the Tesla site.

Nguyen then uploaded two short video clips to YouTube and explained in the captions how he believed it was the upcoming Tesla Semi.

The truck can be seen driving behind a Tesla Model Y.

Some experts think the Model Y was filming the truck for promotional reasons. 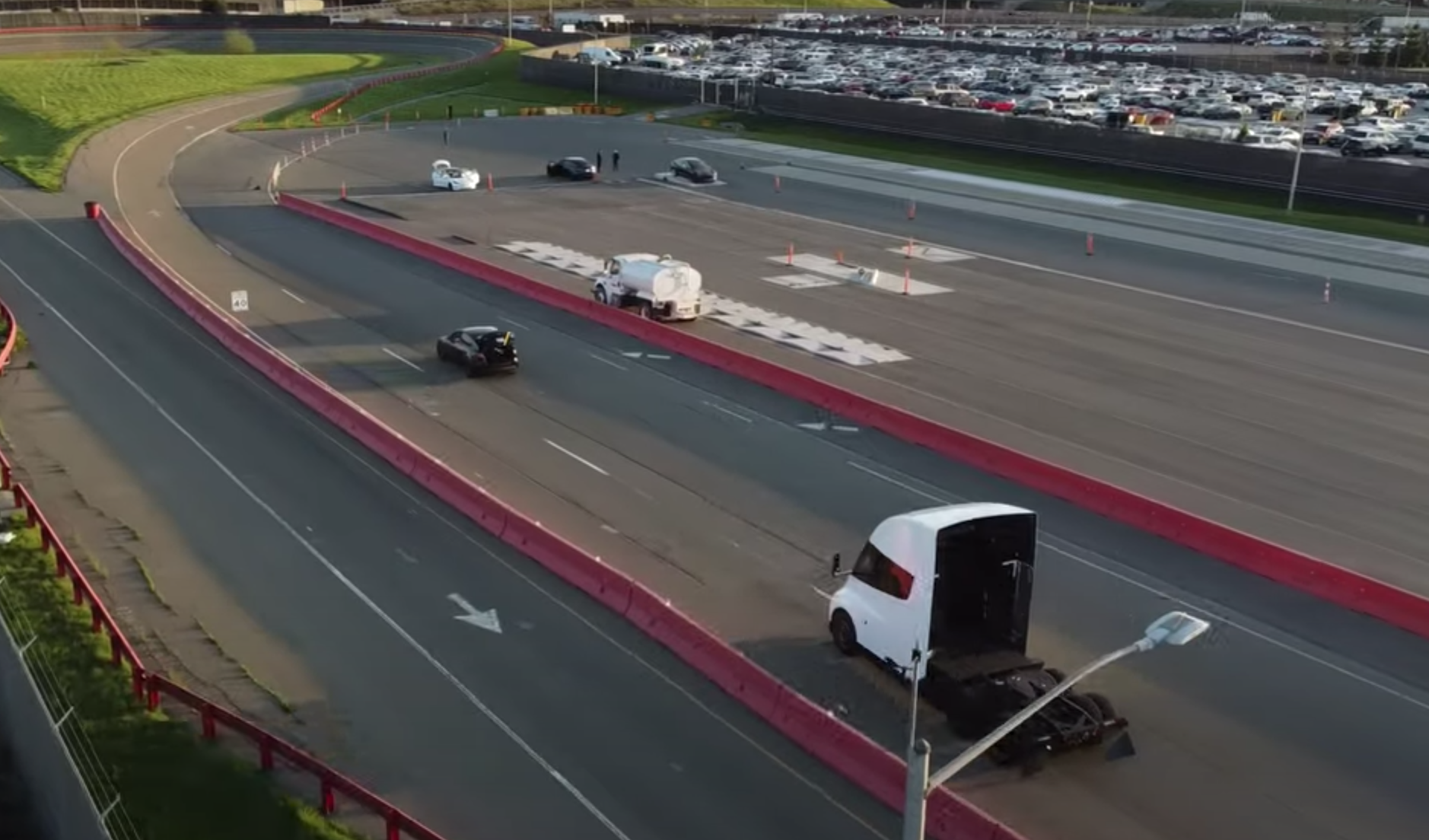 The truck can be seen following a Tesla Model YCredit: YouTube / Chris Nguyen

According to InsideEVs, the Tesla Semi could go into pilot manufacturing in July.

It reported that filming on the test track could hint marketing videos are on their way.

Tesla CEO Elon Musk previously revealed that the trucks will come with the standard Tesla autopilot mode that would allow for semi-autonomous driving on main roads.

The trucks are highly anticipated because they’re all-electric battery-powered and aim to greatly reduce the CO2 emissions currently produced by the trucking industry.

Tesla is also marketing the Semi as the “safest truck ever” and says it’s comfortable and cost effective.

Musk is hoping to install a global network of “Megachargers” for the trucks that will be solar-powered and recharge a truck battery in 30 minutes, giving it 400 miles of energy.

His stated aim is to reduce global warming and save humans from extinction by setting up a colony on Mars.

In other news, Apple is quietly working on a “mixed-reality headset” to launch next year, insiders have claimed.

What are your thoughts on the drone footage? Let us know in the comments…