SECURITY guards rushed on court to protect Rafael Nadal and Daniil Medvedev after a protester ran on.

Nadal was serving for the second set at 5-3 but was break point down when the spectator jumped down on to the Rod Laver Arena behind Medvedev.

A protester jumped from the stands down to the court during the Australian Open finalCredit: Reuters 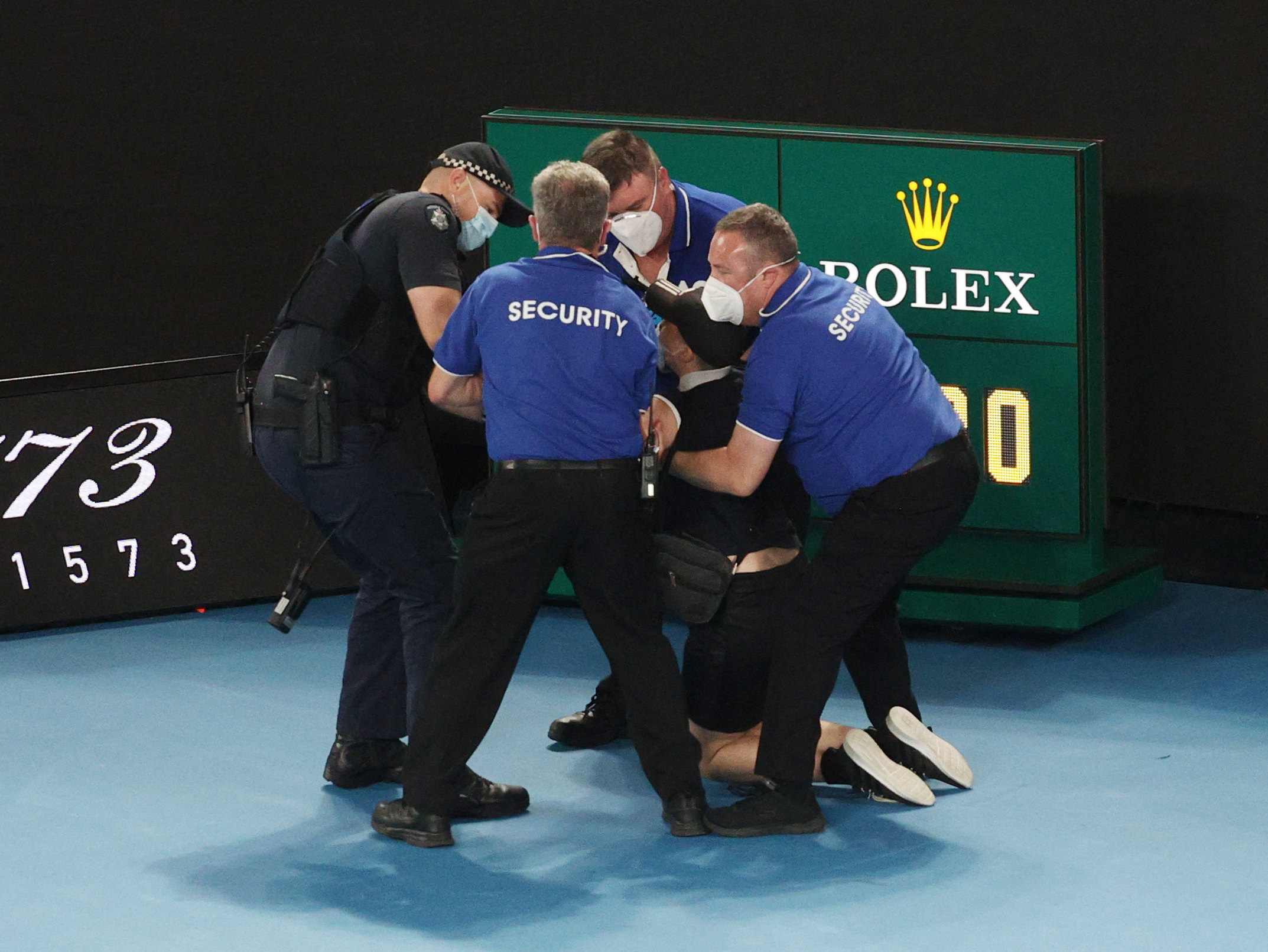 Security guards immediately wrestled the fan to the floorCredit: Reuters 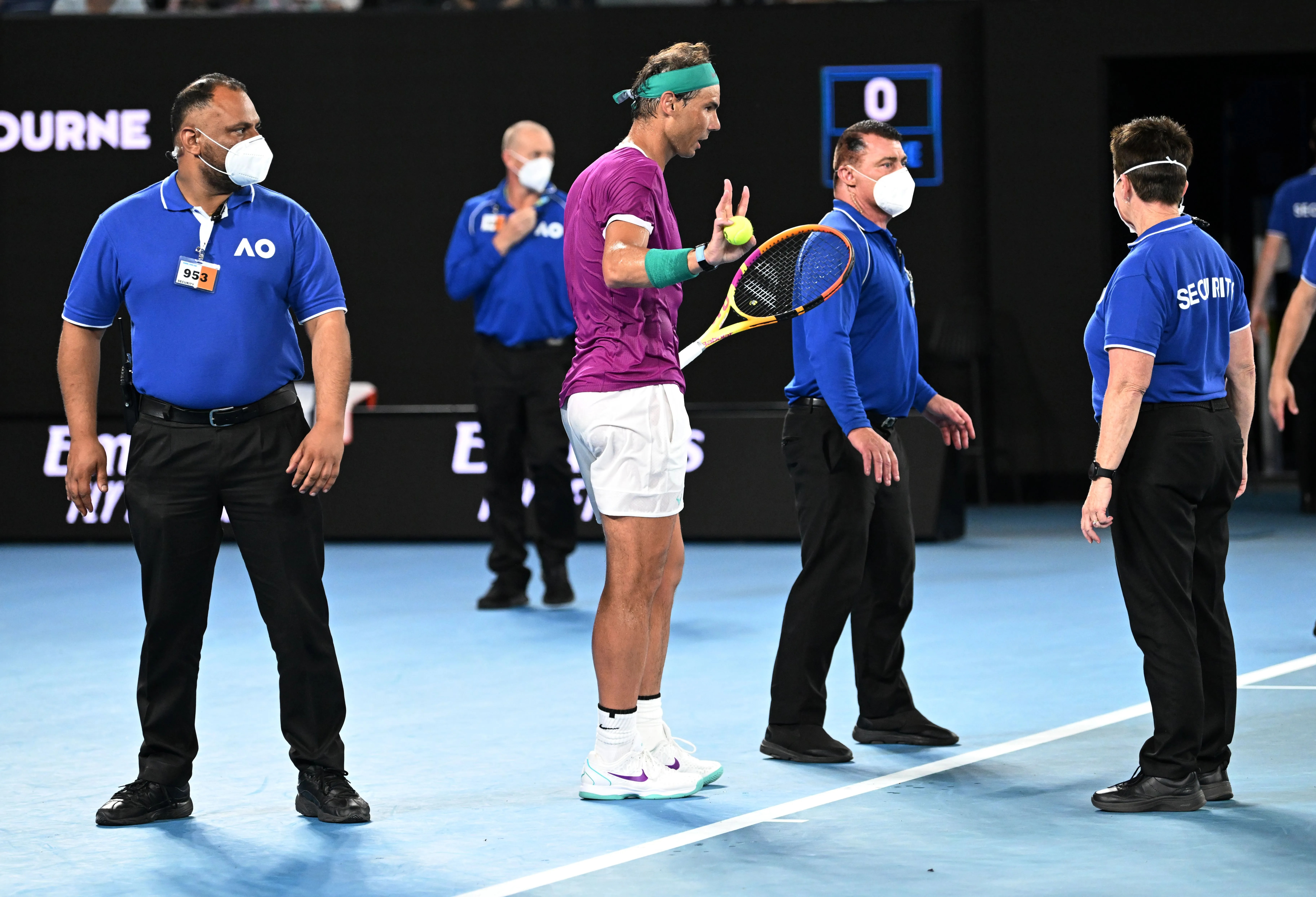 Other personnel rushed on to protect the playersCredit: Rex

The activist was carrying a banner that read ‘Abolish Refugee Detention’.

But he was quickly captured and wrestled to the ground by security who averted the danger.

The man was then led away and evicted from the stadium by police amid boos from the remainder of the 15,000-strong crowd.

It was a distressing moment for the two players, who were surrounded by officials as they immediately sprung into action.

Barbara Schett, sat courtside for Eurosport, described it as ‘scary’ but hailed the Australian Open tournament staff for acting so swiftly.

Nadal – aiming to win a record-breaking 21st Grand Slam – composed himself to save the break point after the brief stoppage in play.

But he lost his serve to allow his Russian opponent, who took the opener, back into the second set.

Tennis security was ramped up in 1993 following the horrible attack on then-world No1 Monica Seles.

An obsessed fan of Seles’ biggest rival Steffi Graf ran on at the change of ends and stabbed her in the back.

Seles, who won eight of the 11 Grand Slams before the attack, did not play for two years during her lengthy recovery and was unable to continue her dominance of the women’s game. 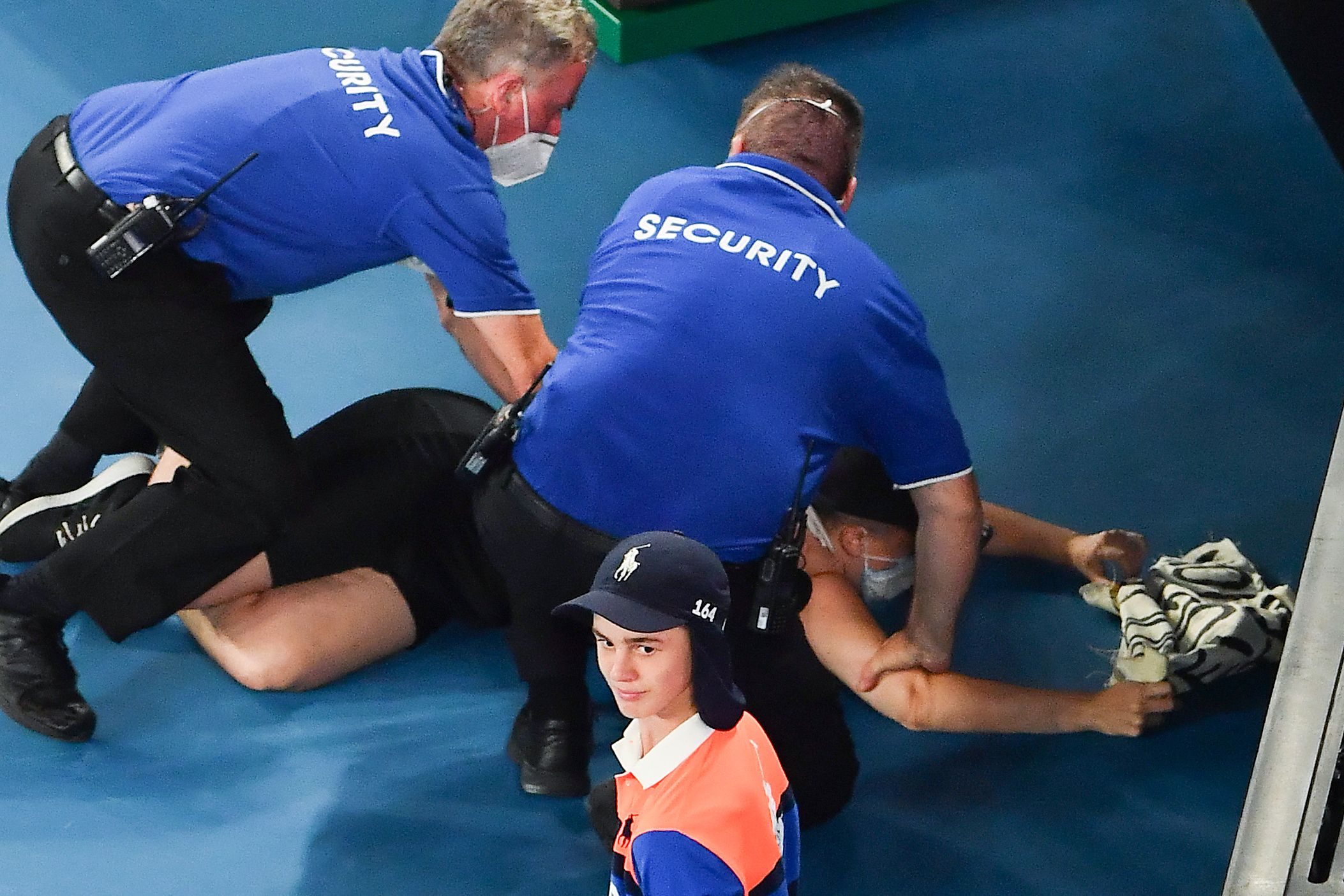 Secuity pinned him down to prevent him causing any danger to the playersCredit: AFP 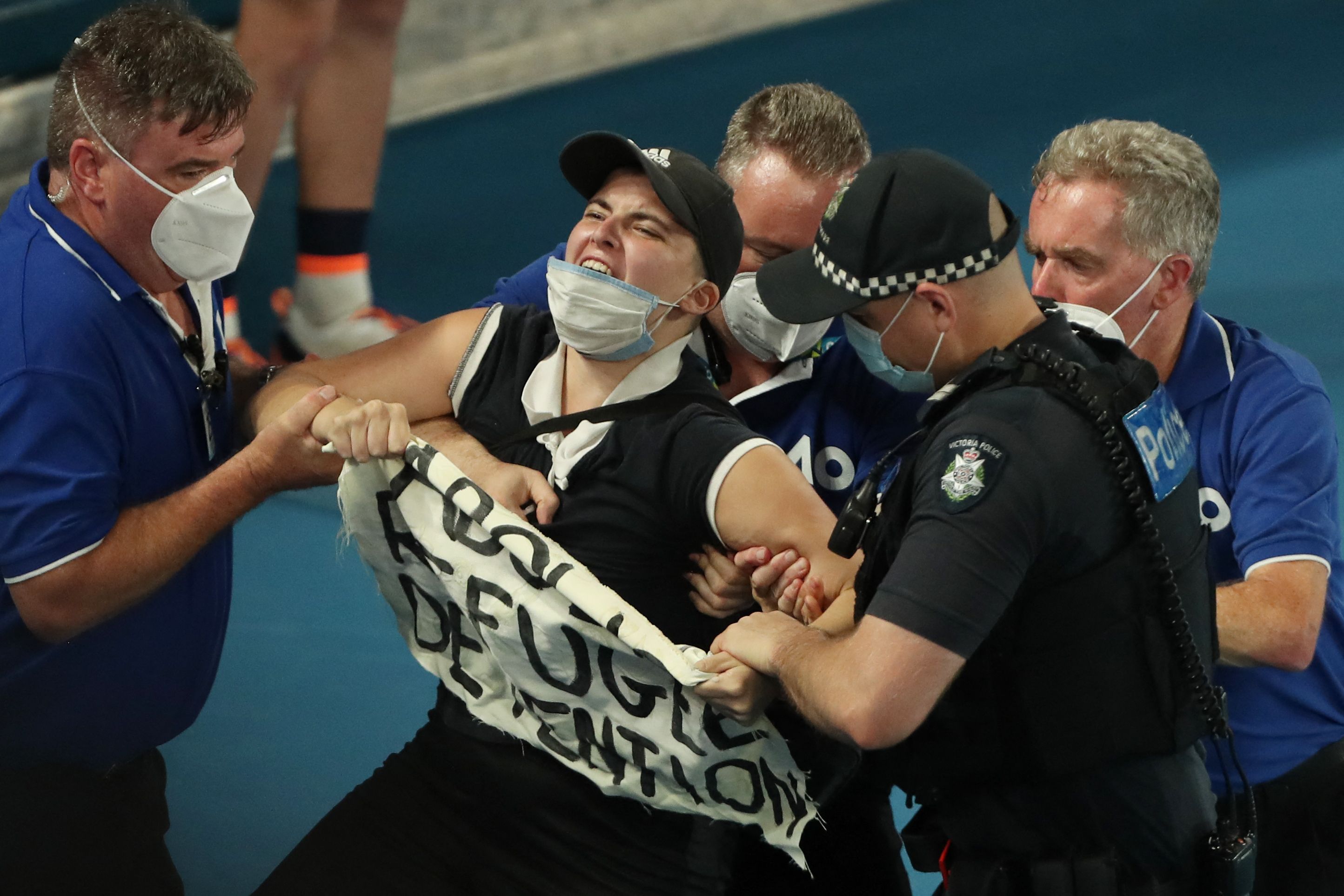 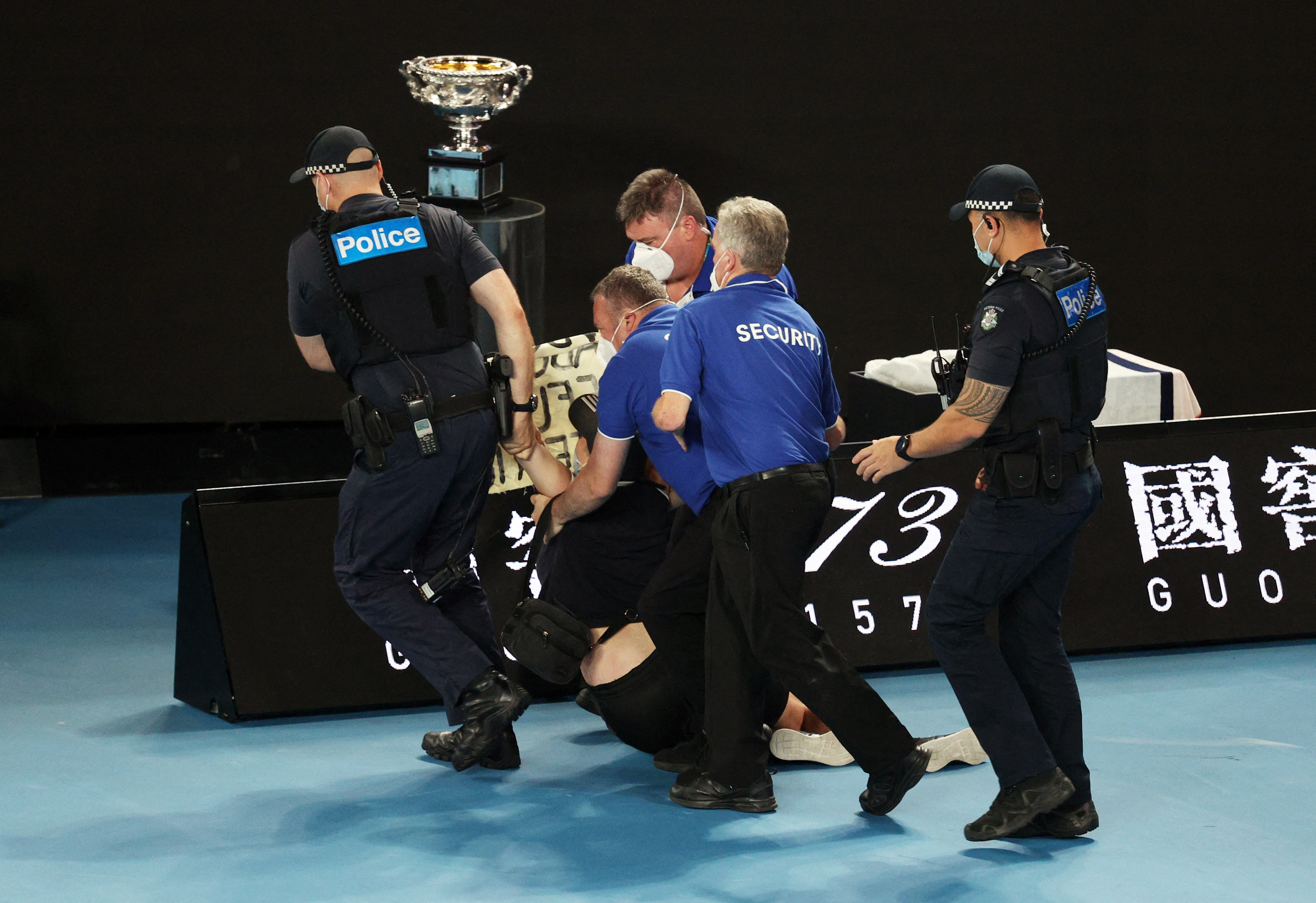 Police were also involved in getting the man out of Rod Laver ArenaCredit: Reuters 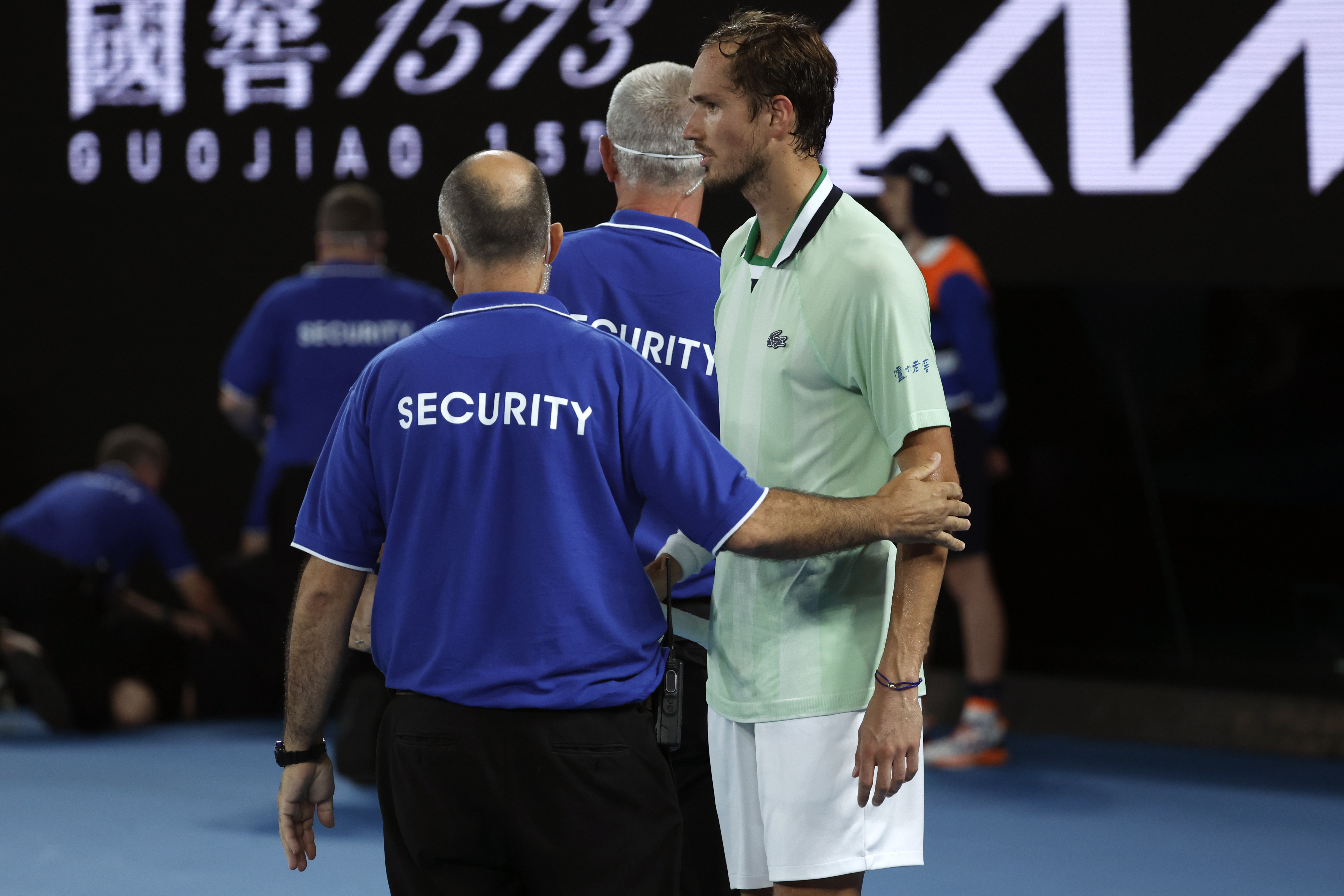 Daniil Medvedev was at the end of the court where the activist jumped down from the standCredit: AP

Wimbledon 2022 tickets: Where do I apply and can I get them?