ROGER FEDERER is set to end his celebrated 24-year career with a dream match at the Laver Cup in London.

Federer will roll credits with a doubles match that will see him teaming up with fellow tennis legend Rafael Nadal against Jack Sock and Frances Tiafoe.

Roger Federer and Rafael Nadal will team up at the Laver Cup this weekCredit: AP

The 41-year-old has been sorely hampered by injuries in recent seasons and has now revealed he can no longer keep up with the pace as he’s struggled to return to full fitness.

Federer released a lengthy statement on Instagram last week, which read: “As many of you know, the past three years have presented me with challenges in the form of injuries and surgeries.

“I’ve worked hard to return to full competitive form. But I also know my body’s capacities and limits, and its message to me lately has been dear. I am 41 years old.

“I have played more than 1,500 matches over 24 years. Tennis has treated me more generously than I ever would have dreamt, and now I must recognise when it is time to end my competitive career. 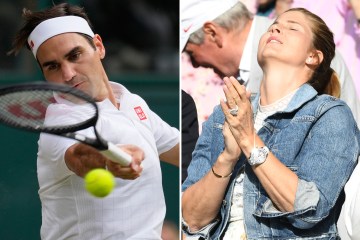 “The Laver Cup next week in London will be my final ATP event.

“I will play more tennis in the future, of course, but just not in Grand Slams or on the tour.”

And so Federer‘s final showing will take place on Day 1 of the Laver Cup on Friday when he and Nadal form a dream partnership in Match 4.

The Swiss great seems to be going out on his own terms as he has previously named his longtime rival as his dream doubles partner.

Federer said: “No doubt [it would be great to team up with Nadal]. I think it could be quite a unique situation, if it were to happen.

“For as long as we battled together to having always this respect for one another, the families, our coaching teams, we always got along really well.

“For us as well to go through a career that we both have had and to come out on the other side and being able to have a nice relationship I think is maybe a great message as well to not just tennis but sports and maybe even beyond.

“For that reason I think it would be great. I don’t know if it’s going to happen, but I think it could be obviously a special moment.”

Murray issued a picture that showed him training with Nadal, Federer and Novak Djokovic. 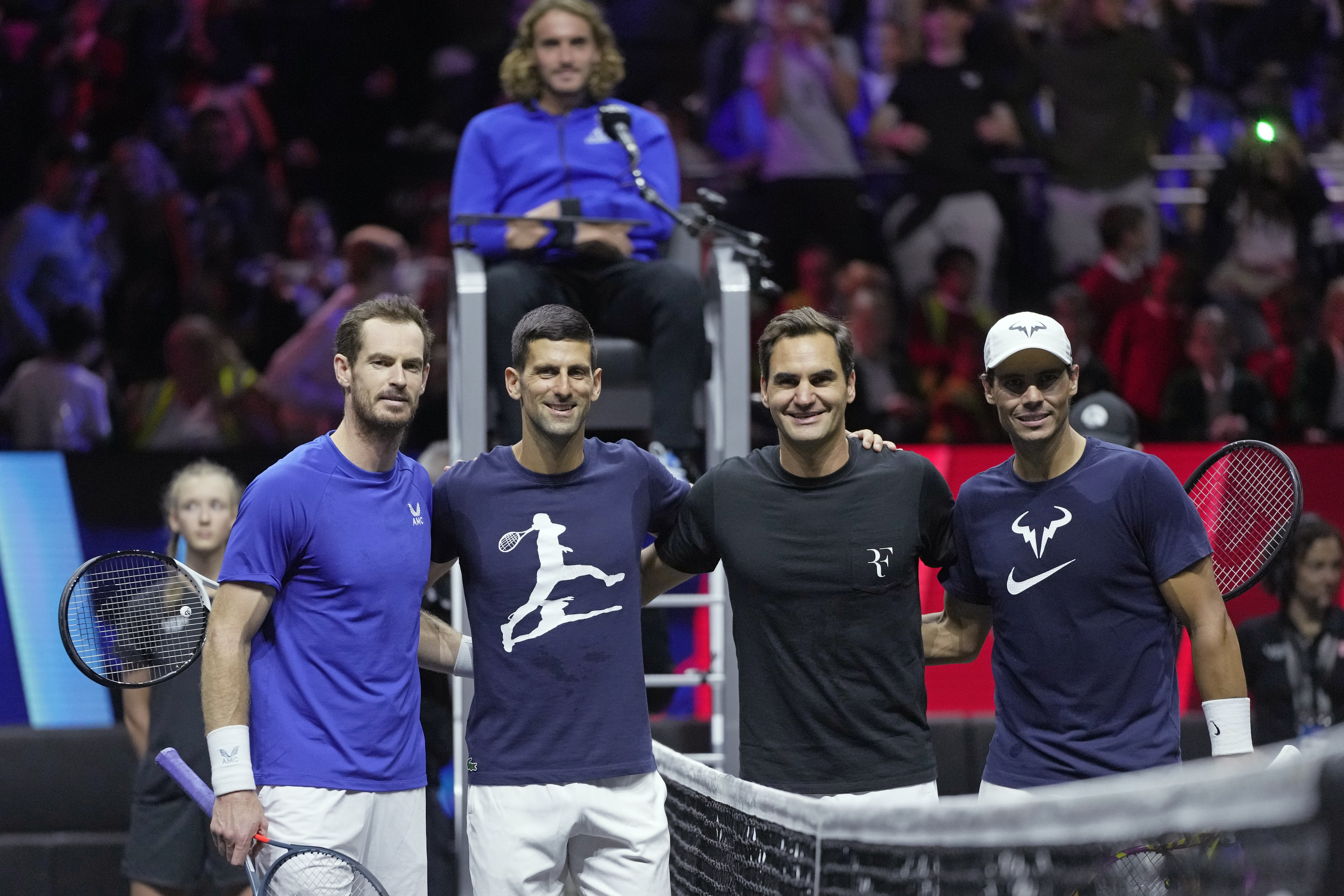 The Spaniard seemed to be in high sprits after admitting he is “super excited” to team up with Federer.

Nadal said: “This is a different kind of pressure. After all the amazing things that we shared together on and off court, to be part of this historic moment is going to be something. Amazing. Unforgettable for me.

“I’m super excited. I hope I can have a good chance to play at a decent level and hopefully together we can create a good moment — and maybe win a match. So let’s see.

“But I hope that the crowd will be supporting us a lot. I’m super excited to be here with the team.

“Of course to be on court, having Roger next to me one more time will be something that I am very looking forward. I’m just very happy for that.” 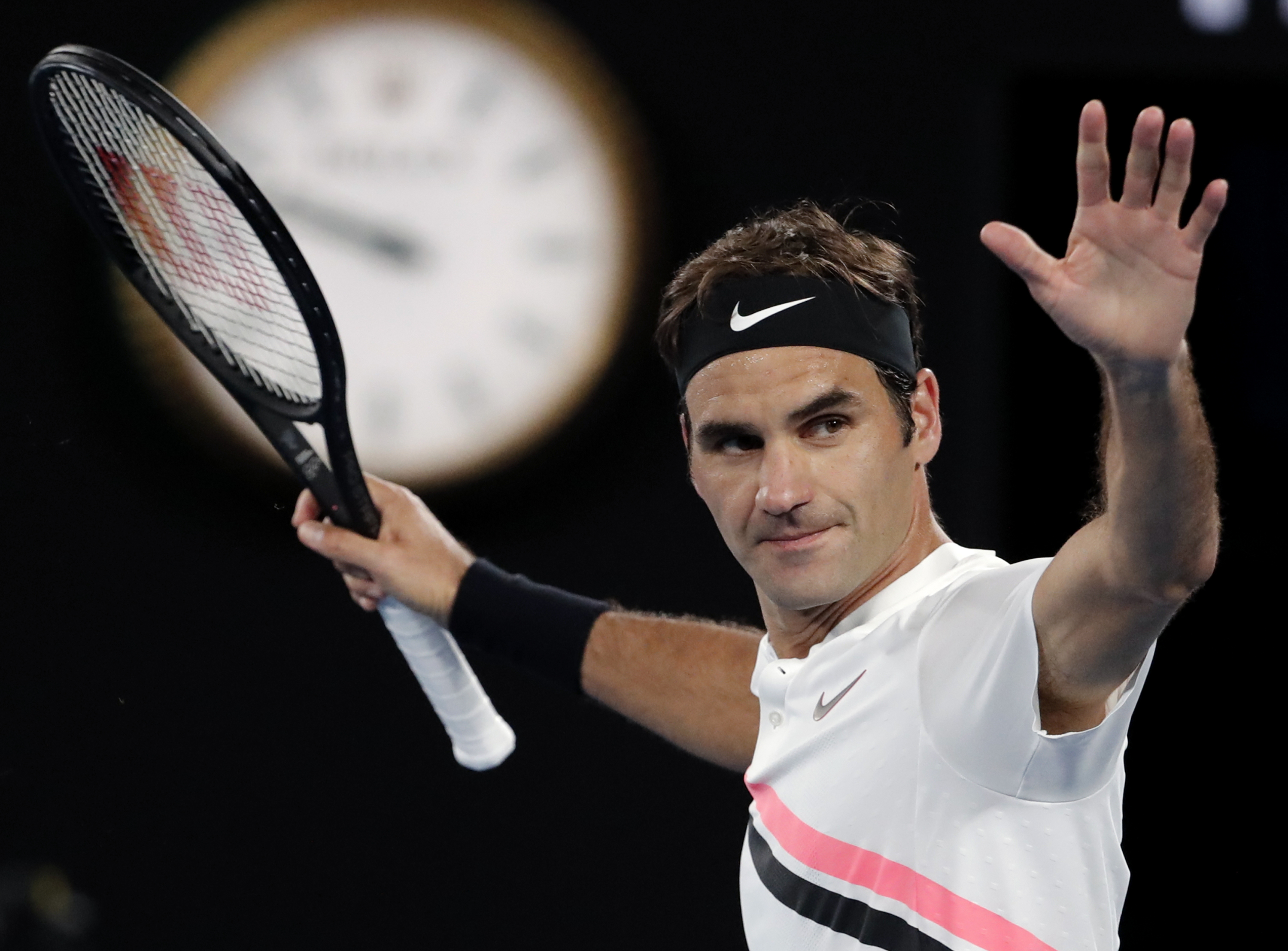 Roger Federer will end his career in a doubles match with Rafa NadalCredit: AP:Associated Press

Toni Nadal, Rafa’s uncle and former coach, said the pair has formed a “real friendship” throughout the years.

Toni said: “They built a real friendship, a little at a time. It seems ridiculous but they almost arrived at the point where one of them was happy if the other one won.

“I don’t think there existed the same relationship between [Jimmy] Connors and [Bjorn] Borg or [John] McEnroe and [Ivan] Lendl.

“And time has made a difference. [George] Foreman and [Muhammad] Ali are two timeless giants but they were not against each other like this for so many years.

“Tennis is an individual sport where there is never anywhere to hide at any time. Michael Jordan and Magic Johnson duelled in a fabulous way but they were in teams.”