ROGER FEDERER last night ended his career as a professional tennis player in floods of tears – and signed off with one outrageous trick shot.

One of the greatest sports stars that has ever lived removed his bandana, zipped up his tennis bag and walked away from the tramlines for the final time. 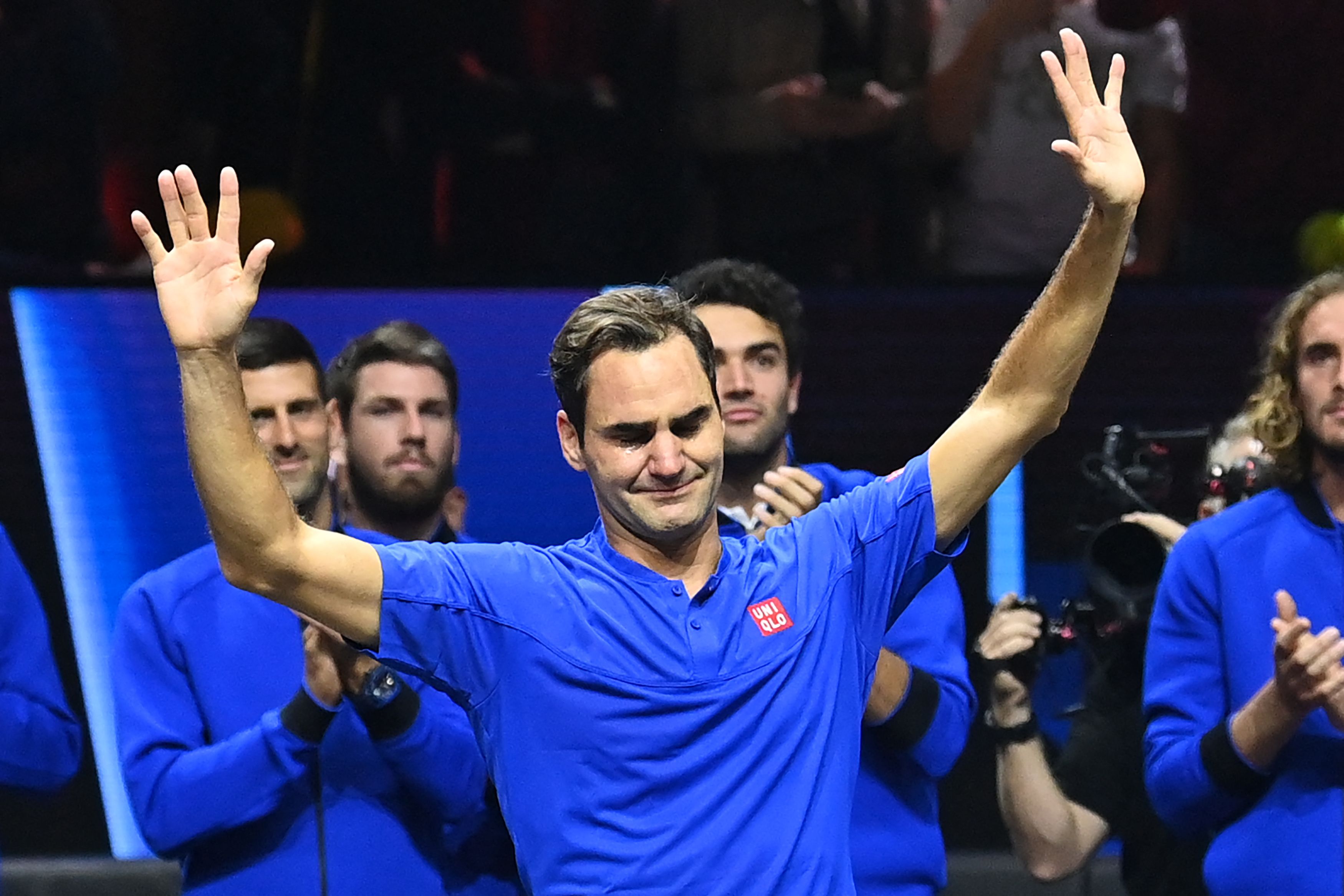 It was the most emotional of moments for Federer as he called time on tennisCredit: AFP 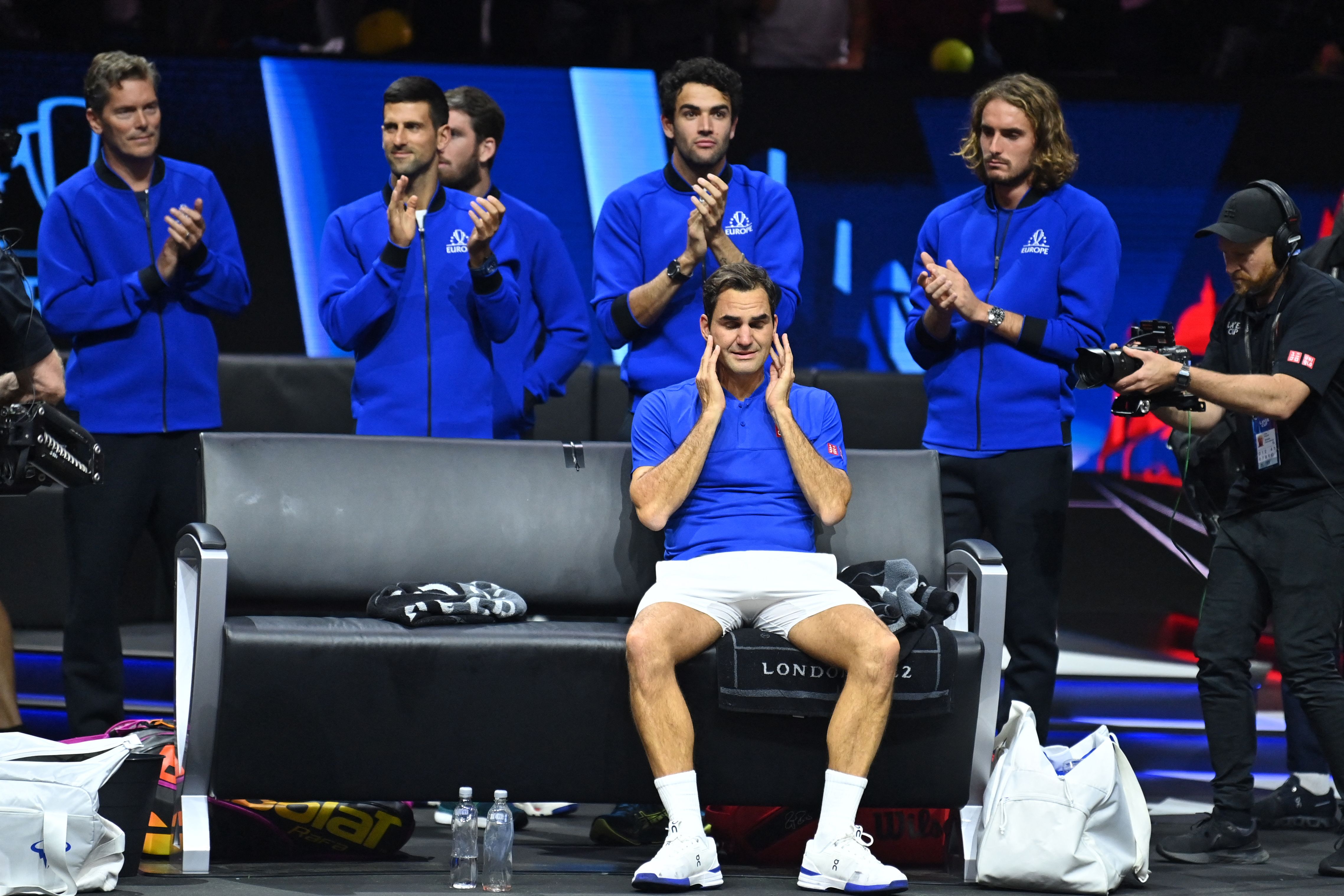 Roger Federer could not hold back the tears as he called time on a stunning careerCredit: AFP 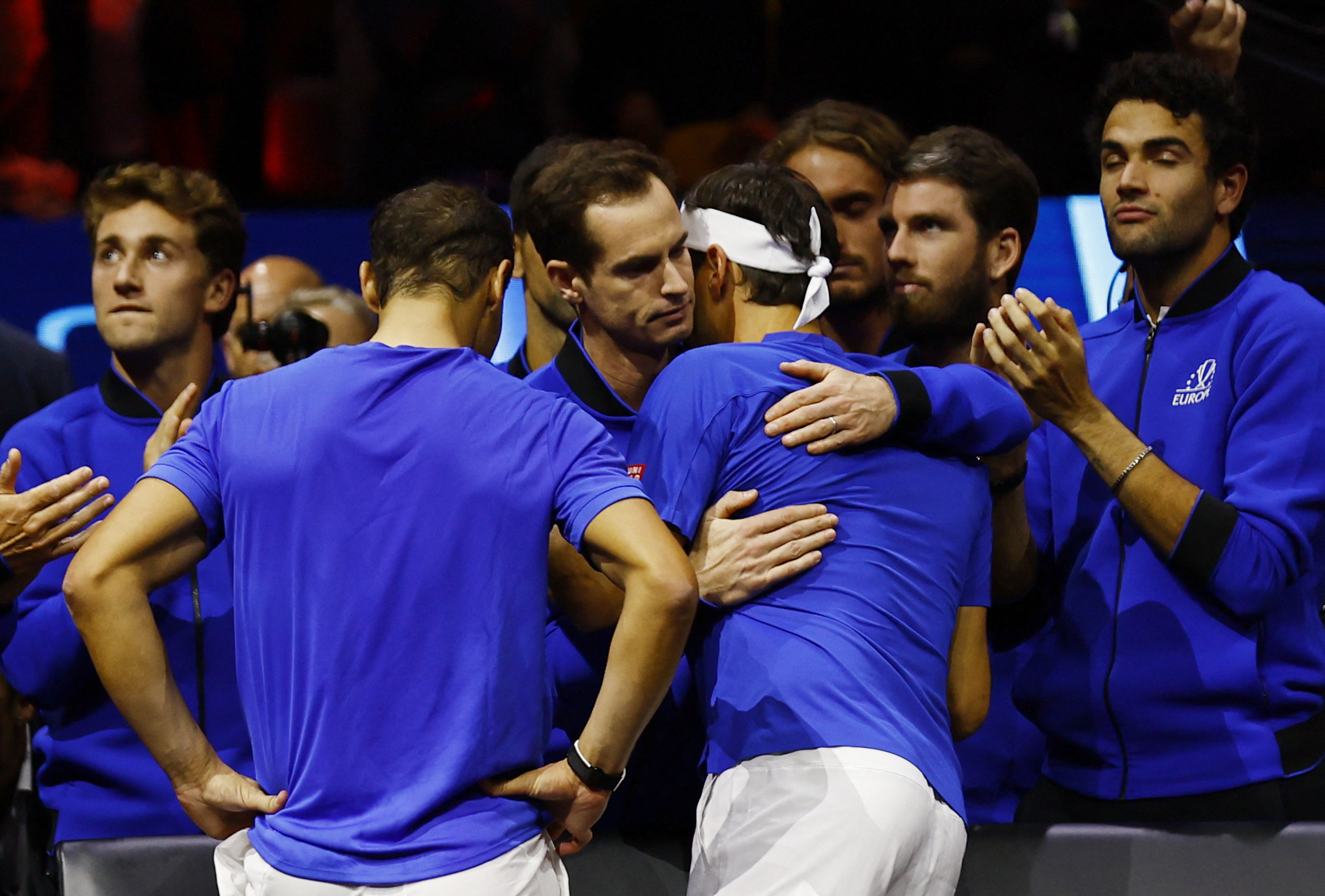 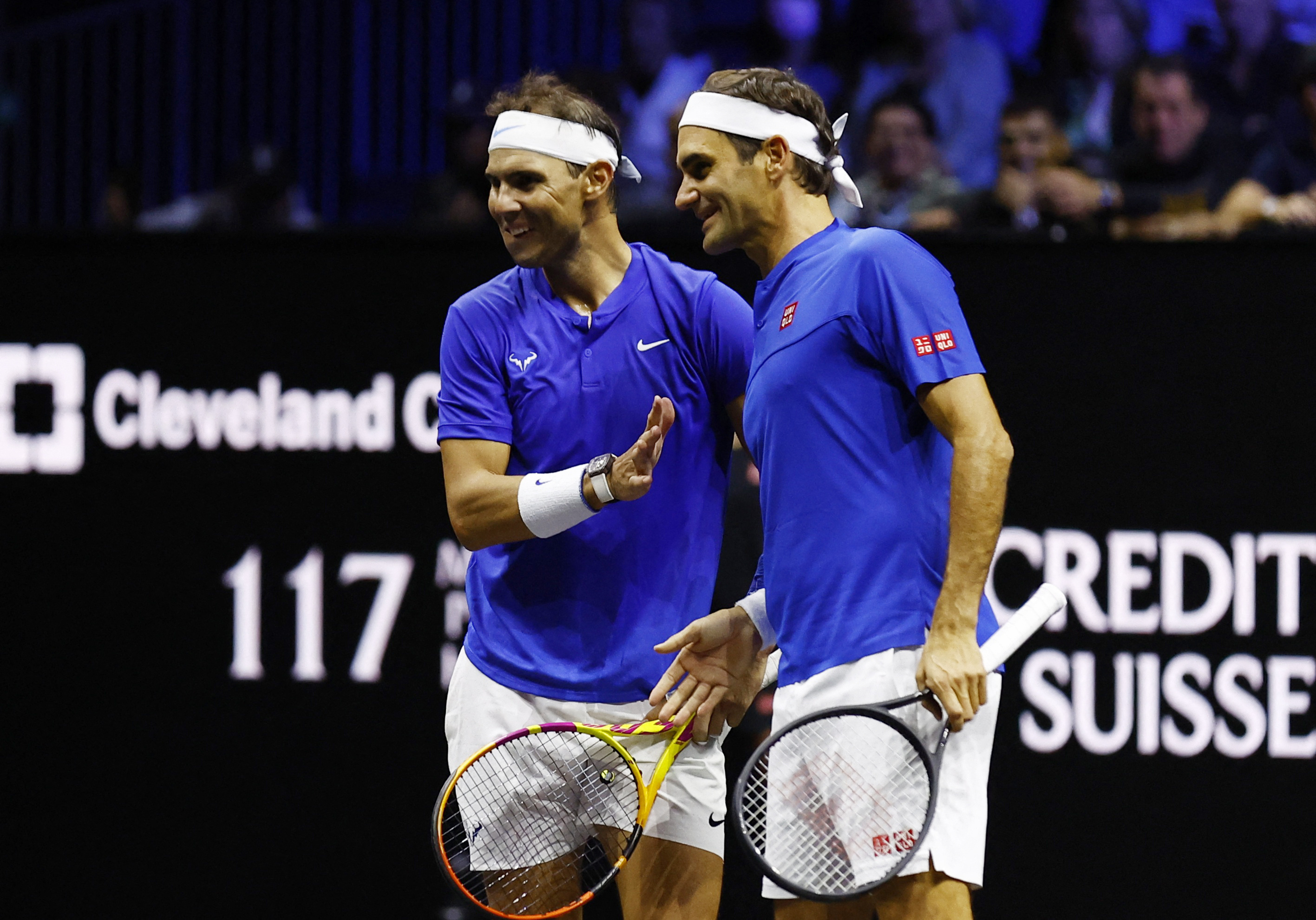 In truth, though he ends the career on a defeat, the result was relatively incidental on this emotional night of celebration for the boy from Basel.

For the record, the bromance pairing of Federer and Rafa Nadal squandered a match point as they were beaten 4-6 7-6 11-9 by Frances Tiafoe and Jack Sock on the opening night of the Laver Cup, which is run by his management team.

On this emotional night of celebration the result was relatively incidental and will matter little in the grand scheme of things.

But in the first set he produced a social media meme for the ages with one incredible half-volley that saw the ball fly through a minuscule HOLE in the net. 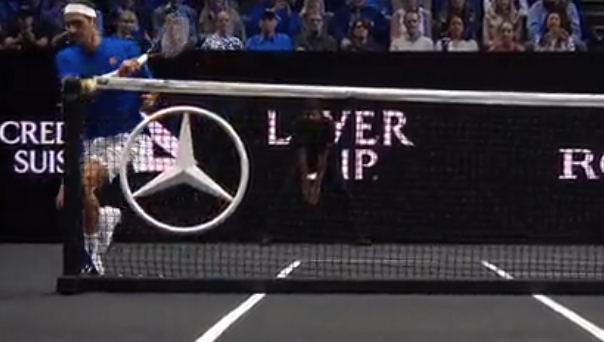 Federer even managed to play this stunning trick shot 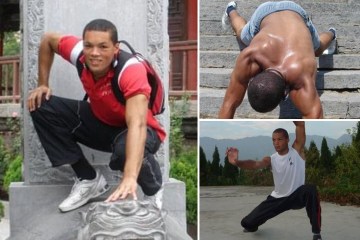 He could have tried it 99 times out of 100 and it would still not have worked like it did.

Only a racket sorcerer like Federer could do something as incredible as that – even though it was branded illegal by the umpire and the point was replayed.

Though he ends behind Nadal and Novak Djokovic in the major stakes that one moment encapsulated the greatness he possessed.

The ability to hit a target few could ever dream of, to bend the ball seemingly to his will. 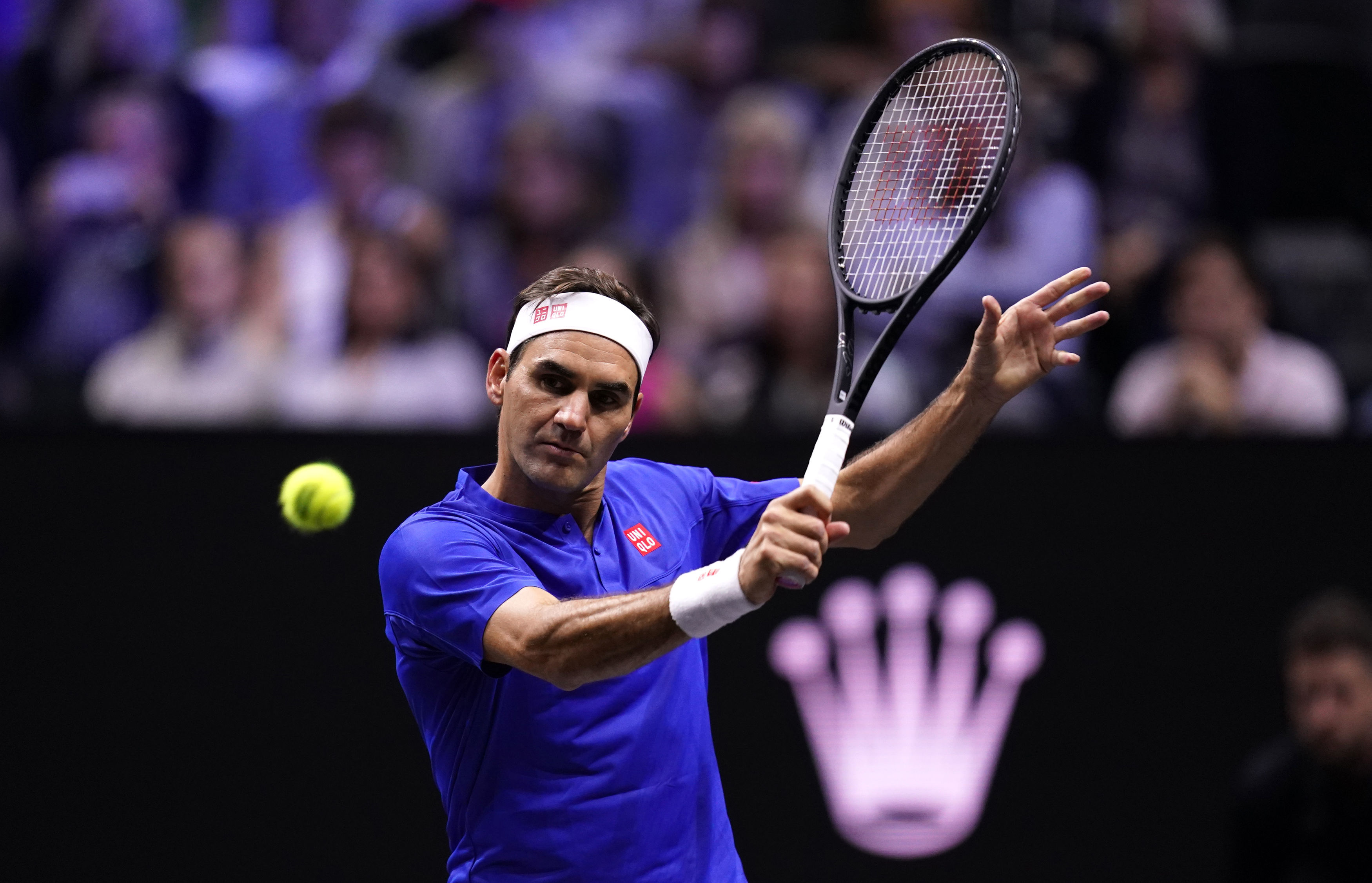 Roger Federer has played his final ever tennis game as a proCredit: PA

He certainly had the Laver Cup competition rules bent to his liking for this doubles send-off because technically he should have played at least one singles tie this weekend.

But his broken body, particularly that ravaged right knee, prevented him from slogging his guts out in one-on-one combat.

An entertaining jolly with close pal and great rival Nadal – the duo went by the nickname of Fedal – was a much easier, less taxing way to go out.

As if to highlight his longevity in the sport, the American opponents Frances Tiafoe was in nappies and Jack Sock was in primary school when Federer made his pro debut 24 years ago.

When the two sides – Team Europe and Team World – were introduced at the very start of the evening session there were no surprises who received the biggest cheer.

It seemed only fitting Federer should walk out last and the standing ovation was a natural reaction from the 17,500-strong crowd.

It is perhaps apt that London would be his final professional destination, a city which had seen his greatest hits, a record eight Wimbledon crowns.

Of course, the past few days have all been carefully choreographed and marketed for the cameras, especially as a documentary crew has been following his every move.

You cannot move at the O2 without bumping into an advertisers’ board promoting one of Federer’s many blue-chip sponsors.

But given his feats in this sport, the standards he set, the joy he brought to millions with that one-handed backhand, he has arguably earned the right to go out on his terms.

Though it was past 10pm when the tie finally started – Andy Murray’s singles tussle kept everyone waiting – the demand to be here was enormous with some tickets listed as £55,000 on resale sites.

At times the crowd saw glimpses of the old magic from the ageing maestro.

A lightning quick volley at the net, serves that flew at 119mph, expertly-timed winners, the impeccable soft hands.

On other fleeting occasions, there was a reminder that even Federer is human, liable to make mistakes and cannot overcome Father Time.

Unlike the great rock stars that have performed at this venue, there will be no encore from Federer.

After 24 years, 20 Slams, various knees surgeries and millions of memories, this was really it.

And just in time for everyone to catch the last Tube home.

Murray may have failed to produce a win for Team Europe as he lost 5-7 6-3 10-7 defeat to Team World’s Alex de Minaur.

But the Scot said the chance to play before Federer’s finale – as well as receive coaching from the Big Three – will go down as a career highlight.

Murray 35, said: “It was incredible. One of the most special matches that I have played. Something I’ll remember for a long time.”