RAFA NADAL has warned rival Novak Djokovic that playing Slam tennis with an injury is a dangerous game.

The Spaniard marched into the Australian Open quarter-finals without dropping a set after a 6-3 6-4 6-2 win over Italian Fabio Fognini. 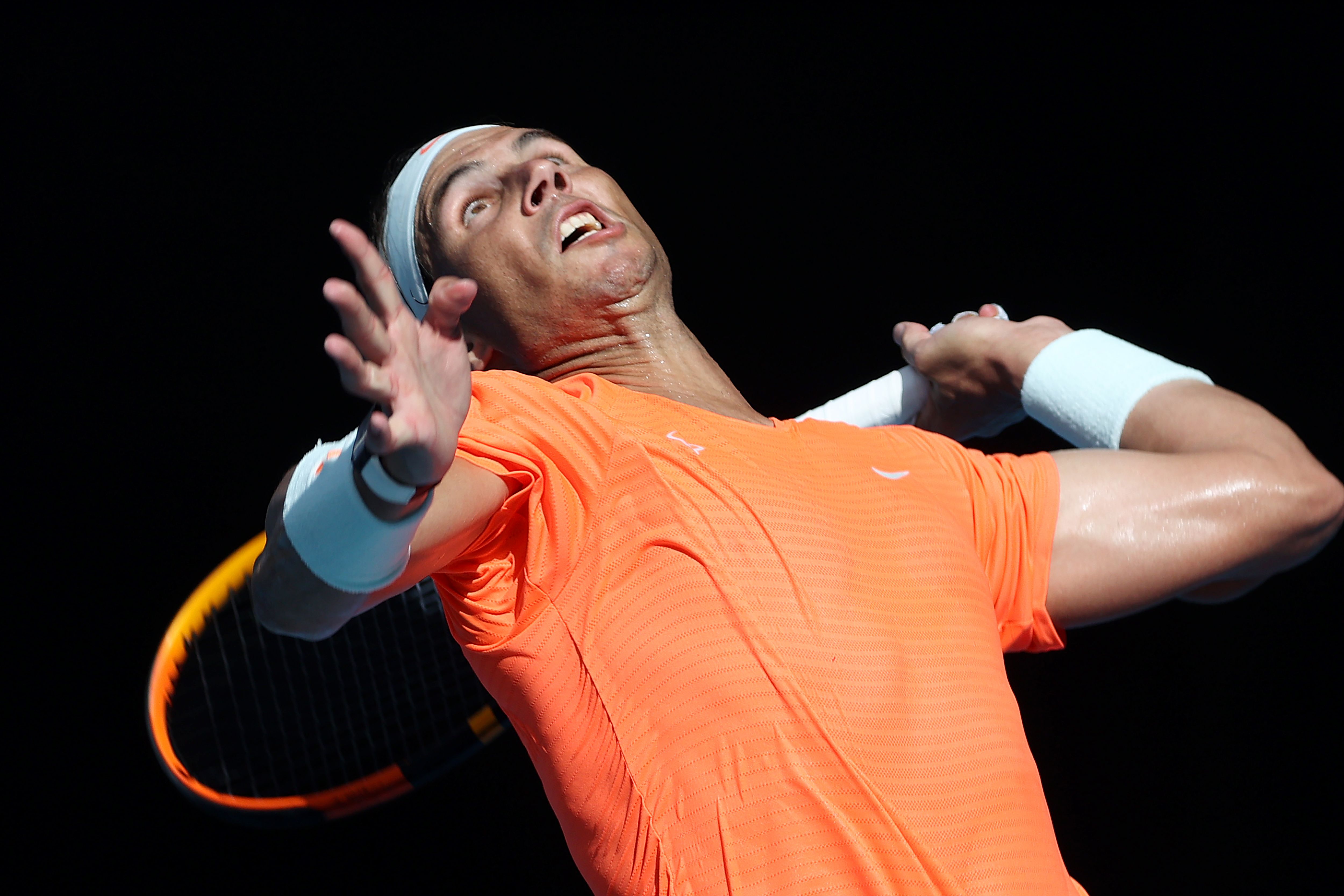 Rafa Nadal has won 20 Slams despite a career littered with injuriesCredit: AFP or licensors 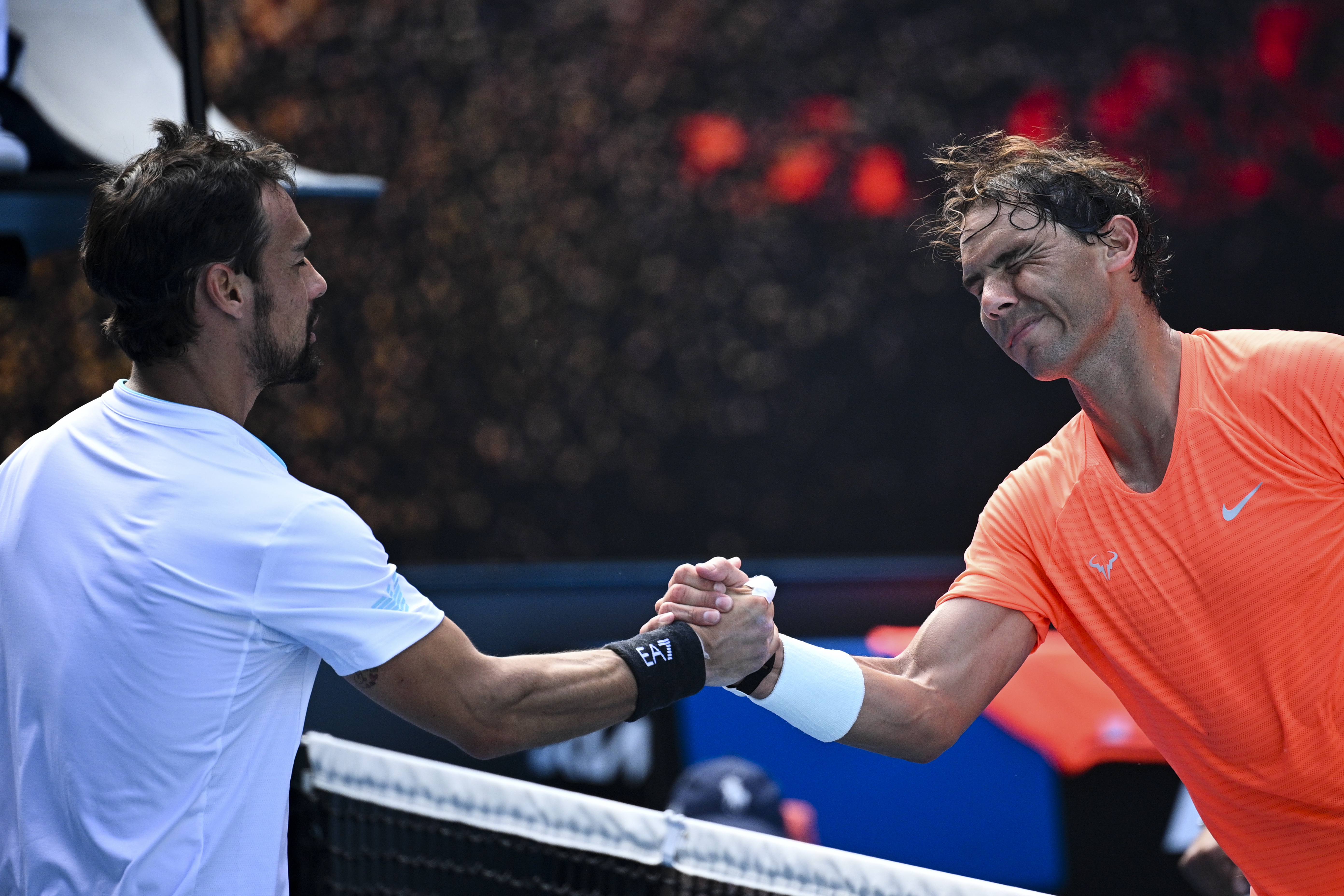 The 34-year-old did not drop a set as he beat Italian Fabio Fognini in the Last 16Credit: EPA

The top two players in the world, Nadal and Djokovic, remain on collision course for the Melbourne final but it is turning into a Survival of the Fittest competition.

Serbian Djokovic, who faces Alex Zverev on Tuesday has an abdominal injury and Nadal is trying to manage his back problems.

Djokovic, photographed with strapping on his torso, is preparing to push his body to the max and gamble with his fitness as he aims to win a ninth Aussie Open crown.

Nadal, who contests Greek Stefanos Tsitsipas next, said: “It depends what kind of injury you have.

“You do make mistakes because it’s impossible to know exactly what’s going on when you are competing.

“For example, I remember in the 2009 US Open I started with a strain here in the abdominal.

“I started with six millimetres or so of strain and I finished the tournament, which I lost in the semi-finals, with 26 millimetres. Of course it wasn’t a smart decision.” 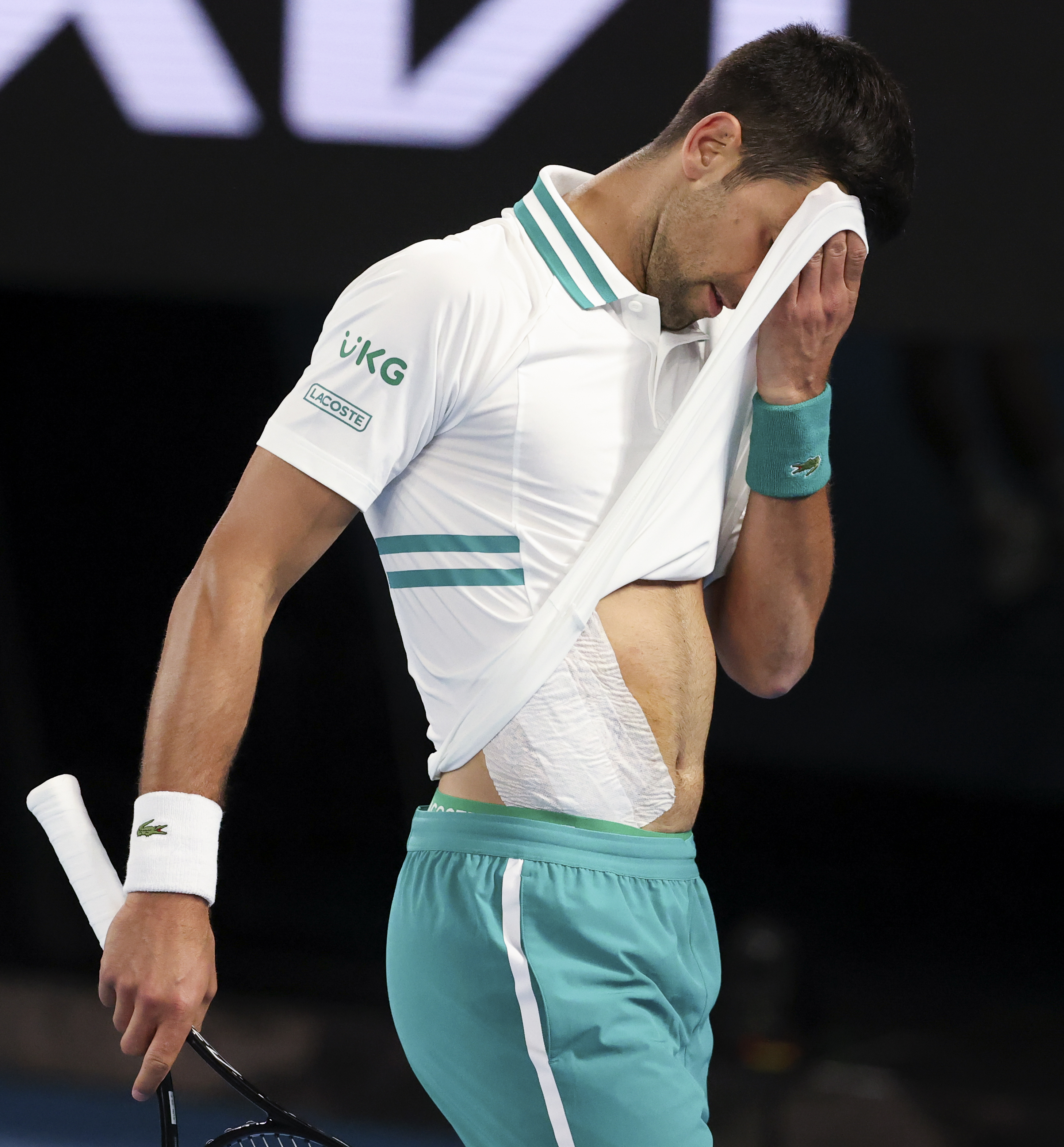 Novak Djokovic injured his side in the third round win over Taylor Fritz last FridayCredit: AP:Associated Press

Nadal was asked whether playing through the pain barrier was wise, particularly if it caused short or long-term damage to your body and impacted on your appearances at future tournaments.

The 34-year-old said: “You need to find a balance, but of course at this point of my career, if there is a big chance to increase something very important, probably I will not play.

“For me the happiness is much more important than give me a chance to win. And at the same time, if you are bad, you will not win. That’s clear.

“If you really have physical problems, you will not win.

“If you have some pain and it’s not putting you in a situation that limits you, the movements, maybe you can find a way.

“But when you really, really have an injury, it’s impossible to win a tournament like this.

“It’s difficult to hide things. It’s not healthy to hide a lot of things because it’s difficult.

“Of course I have been more public because we had the ATP Cup just beforehand.

“Maybe if we didn’t have the ATP Cup before, the people will know less, but at some point there are people here that know when you are practicing, when you are not.”

No.5 seed TSITSIPAS will have had an extra day of rest when he faces Nadal on Wednesday.

His Last 16 clash against Matteo Berrettini on Monday never took place due to the Italian’s hurt ab and the Athens ace was handed the walkover.

There was another injury retirement when Norwegian Casper Ruud pulled out at 2-0 sets down in his fourth round tie, allowing Russian ANDREY RUBLEV to progress.

World No.1 ASH BARTY continued her fine form by disposing of American Shelby Rogers 6-3 6-4 in 71 minutes on the Rod Laver Arena.

The Australian will battle Czech player Karolina Muchova for a place in the semi-finals.