NOVAK Djokovic is pushing his body to the max as he attempts to win a ninth Australian Open crown next Sunday.

The Serbian hurt his right side when he slipped during the third-round win over American Taylor Fritz on Friday evening in Melbourne. 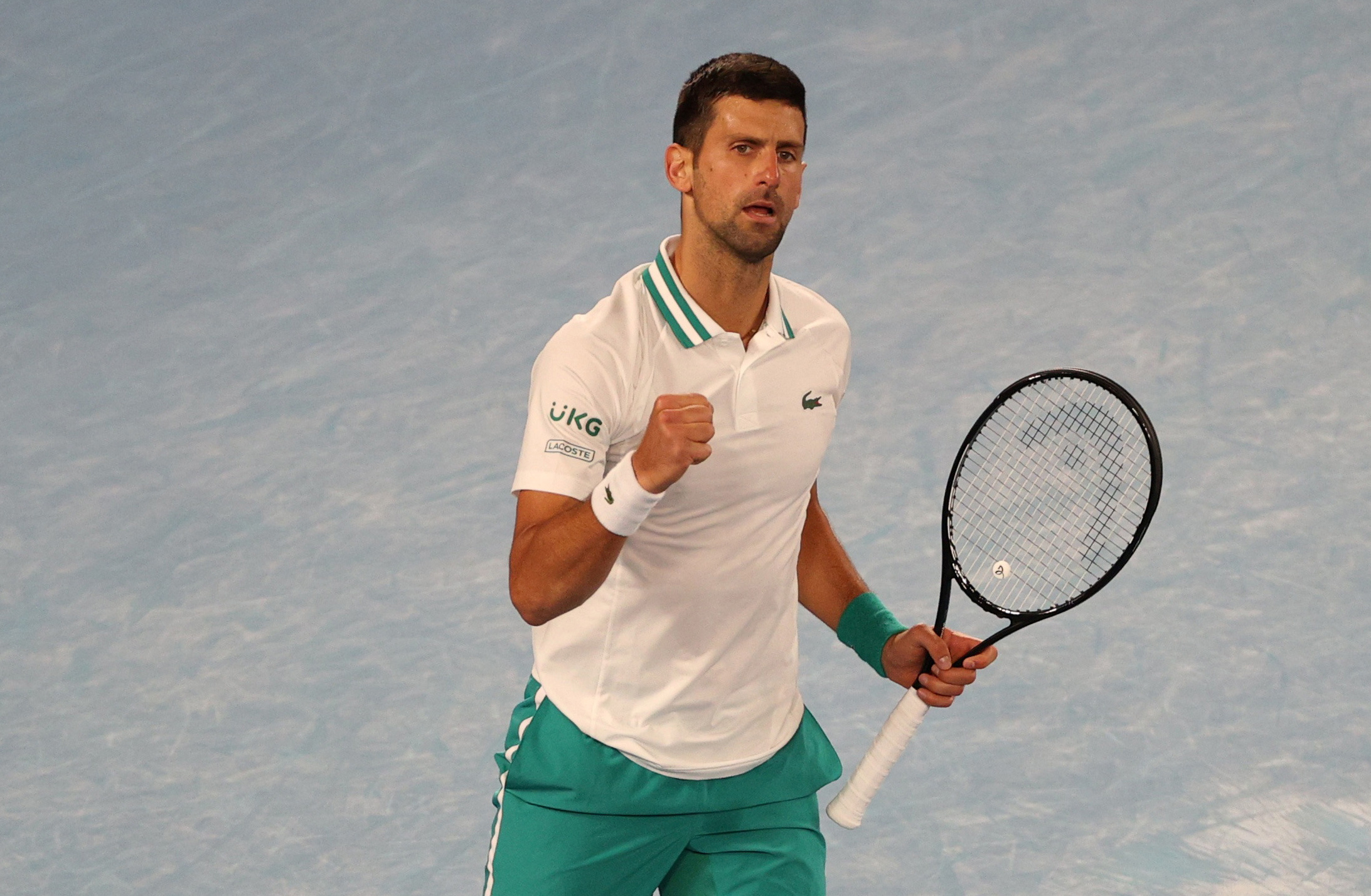 Novak Djokovic has now won 18 matches in a row at the Australian OpenCredit: Reuters 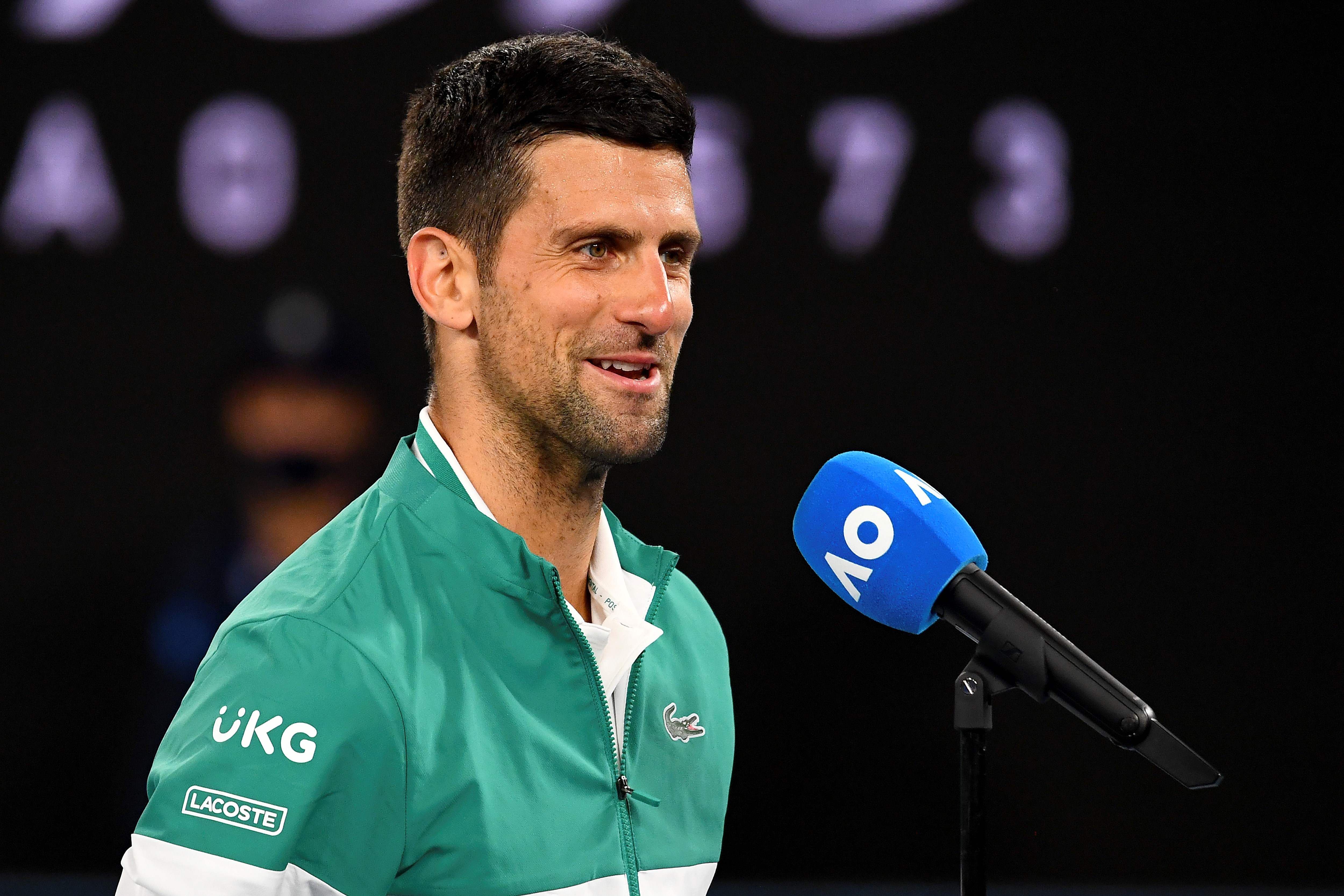 The Serbian hardly trained before his Last 16 win over Milos RaonicCredit: AFP or licensors

The 33-year-old did not train or practice on Saturday, having undergone a MRI scan under the suspicion he has suffered a muscle tear in his abdominal area.

And he is yet to discover the true extent of the damage given he popped the painkillers in advance of his 7-6 4-6 6-1 6-4 Last 16 win over Canadian Milos Raonic.

Though he was able to return the deliveries of one of the fastest men in world tennis, Djokovic will need to improve physically this week.

He has three matches to win to secure Slam No.18 and German Alex Zverev is his next opponent in the quarter-finals.

The world No.1, who is not expecting to get to bed any time before 4am local time, said: “I have felt better that’s for sure.

“I didn’t have much preparation for this match. I didn’t hit a tennis ball since two nights ago since Fritz and the last match point.

“I have warmed up a couple of hours before tonight’s match and I really wanted to see how I feel.

“If I wasn’t in the condition I would pull out, so it was a big cloud of doubt over whether I was going to play or not. 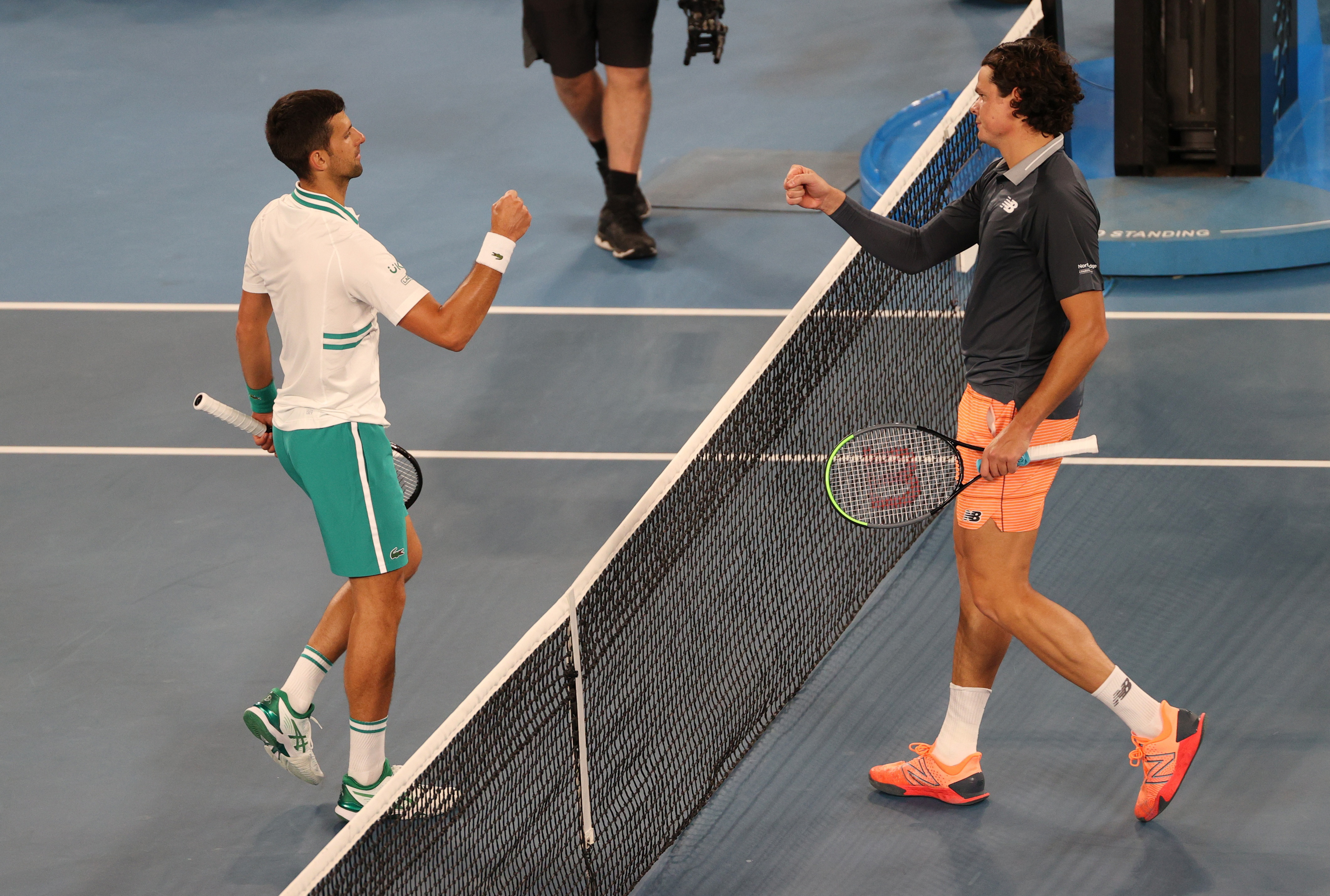 Djokovic has won 12 of his matches against the big-serving CanadianCredit: Reuters

“But it’s a Grand Slam and for me at this stage of my career this means everything.

“Four events of the year I give everything I possibly have in me to have a chance to compete, so if it was any other tournament I probably wouldn’t be playing.

“I’m not really sure whether it suited me that we didn’t have long exchanges, it probably did.

“Right now, in my head, it’s all about recovery. I’m not really thinking about any training.

I am under painkillers for 48 hours, very strong ones, I don’t know exactly the damage that has been done.

“I just really want to try and feel better and better as this tournament progresses.

“Because I am under painkillers for 48 hours, very strong ones, I don’t know exactly the damage that has been done.

“But there is always the chance to do more damage to what it was previously because when you play a match you can’t control your body, you are going for it.

“You are not thinking about I shouldn’t play at this point or that point. I’m also quite an aggressive player in terms of movement, I slide a lot, so that doesn’t help with this kind of injury.”

DOMINIC THIEM refused to offer any excuses as he was embarrassed at the Australian Open.

The US Open winner went home from the fourth round in Melbourne following a 6-4 6-4 6-0 defeat to Bulgarian No.18 seed Grigor Dimitrov. 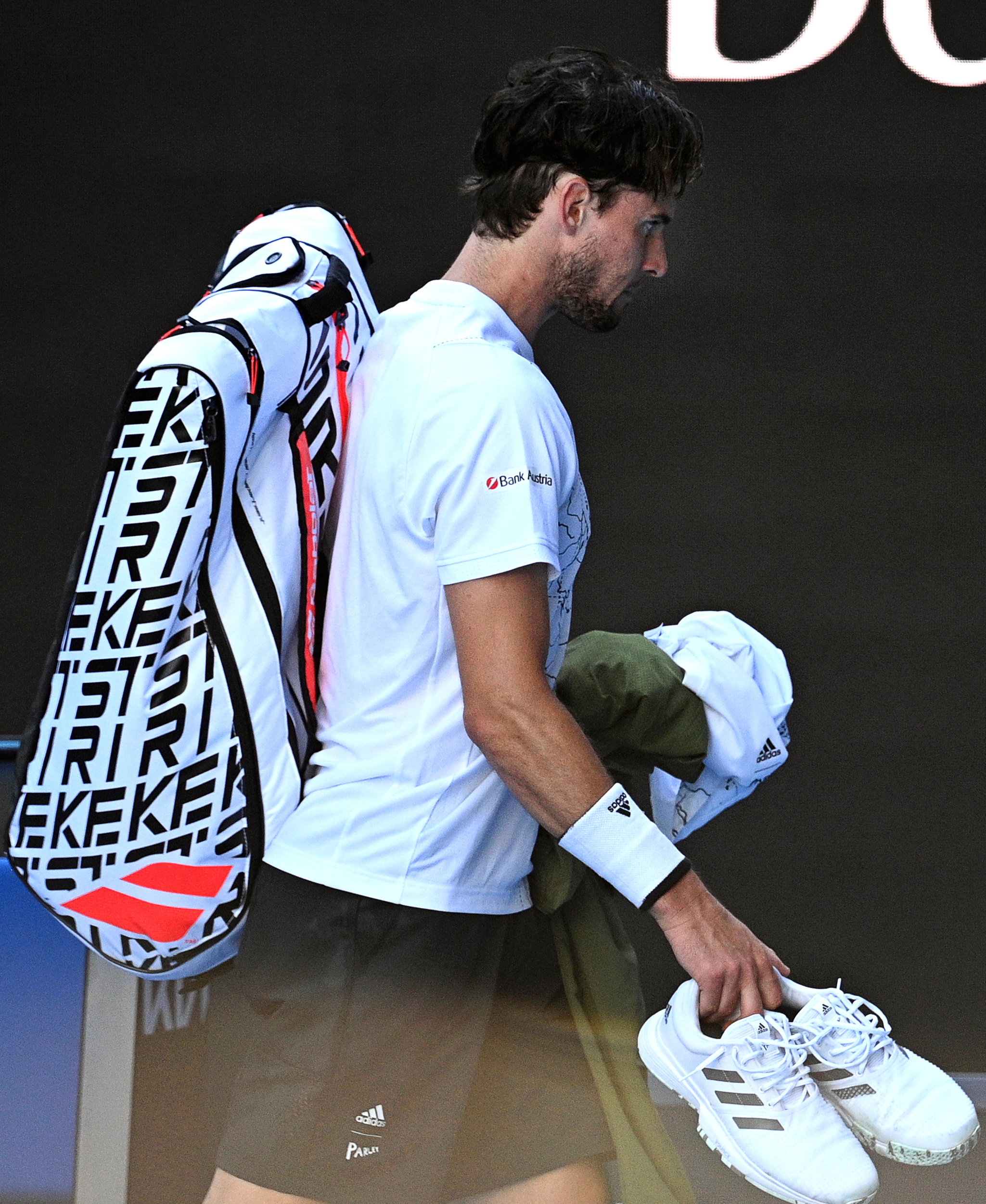 The Austrian had “some physical issues” after his five-set comeback against Nick Kyrgios on Friday and was unhappy with his dodgy shoelaces.

“I mean sometimes I would like to be but there are really, really bad days.

“As soon as you’re not a 100% there on the court on this level, then results like this come up, and that’s exactly what happened.”

SERENA WILLIAMS had a scare when she fell over during her 6-4 2-6 6-4 win over Belarusian Aryna Sabalenka.

But the American said she acted “dramatically” and did not roll her ankle and will be fit for the heavyweight quarter-final against Tuesday against SIMONA HALEP.

The Romanian came from behind to beat French Open Iga Swiatek 3-6 6-1 6-4 and will now face Williams for the first time since the 2019 Wimbledon final.

Dad, 61, tells of despair as mystery illness makes him burp every few minutes for EIGHT MONTHS