A “VERY emotional” Nick Kyrgios toasted the perfect week with a kiss as he wrapped up two titles in Washington.

The rejuvenated Australian hot-head, 27, is in red-hot form right now following his run to the Wimbledon final. 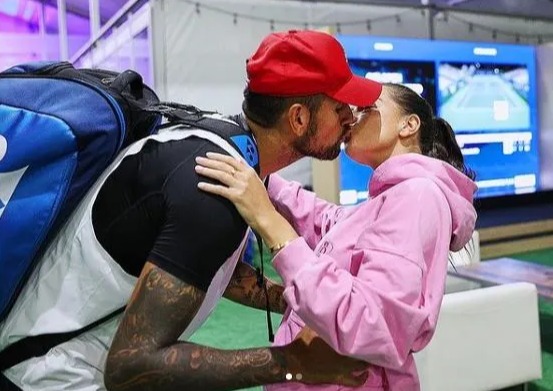 The couple enjoyed a kiss after the victoryCredit: Instagram @k1ngkyrg1os 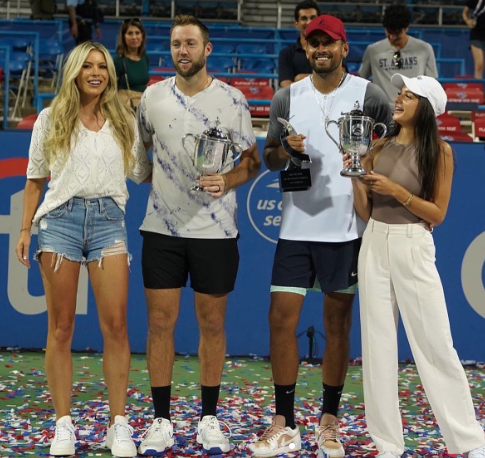 Costeen and Laura joined Kyrgios and Jack Sock on court after the doubles finalCredit: Instagram @k1ngkyrg1os

And in his return to singles action, the world No37 beat three seeds before seeing off Yoshihito Nishioka in 81 minutes in the singles final.

But then shortly after he was back on court, teaming up with American pal Jack Sock to land the doubles crown, too.

That ensured Kyrgios became the first man to win the singles and doubles at the same Citi Open. 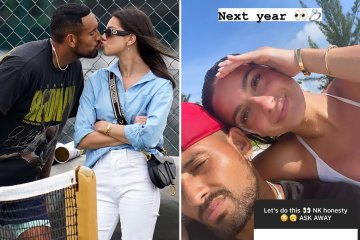 And the Wimbledon runner-up celebrated the win by giving his girlfriend Costeen Hatzi a huge smooch.

The couple have been together since December and have frequently hinted at getting married soon.

And after a relaxing holiday in The Bahamas after Wimbledon, Kyrgios revealed the pair want to have a baby next year.

He shared the adorable snaps of their post-victory fun on Instagram and then added a series of other photos captioned: “What a week.”

The Washington title, which saw Kyrgios save match points in an epic against Frances Tiafoe in the quarters and drop just one set all tournament, was the Australian’s first singles tournament win since he beat Daniil Medvedev in the same event final three years ago.

The Canberra star is enjoying the best year of his career on the court and said: “It’s very emotional for me.

“To see where I was at last year to now it’s just an incredible transformation.

“I just came out with great energy, I knew I had experience on my side today.

“I love this court, I’ve played so many great matches here so I’m just really really happy with it.

“I’ve been in some really dark places and just to be able to turn it around.

“There’s so many people that helped me get there but just myself, I’ve shown some serious strength to just persevere and continue and get through all those times and to still be able to perform.” 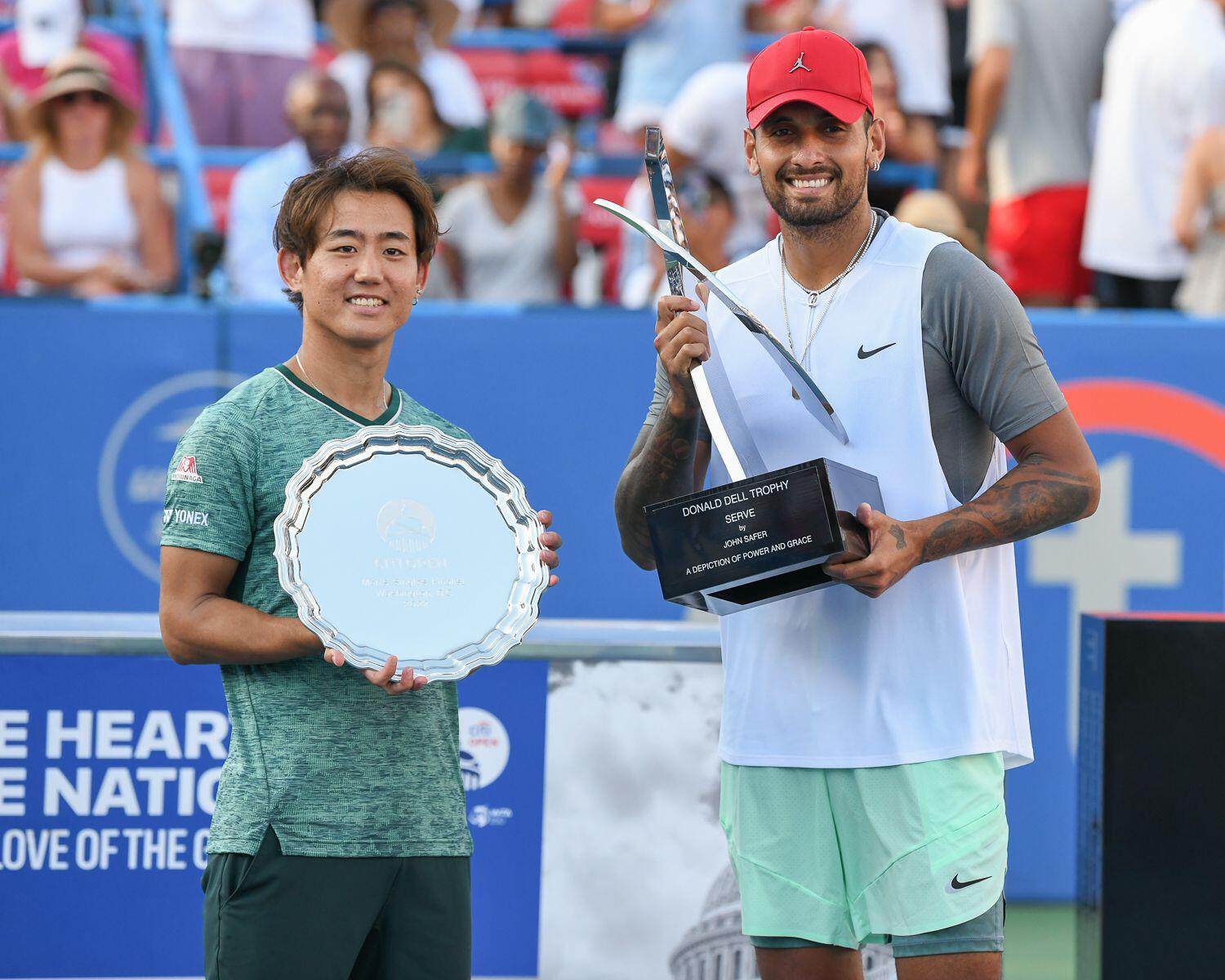 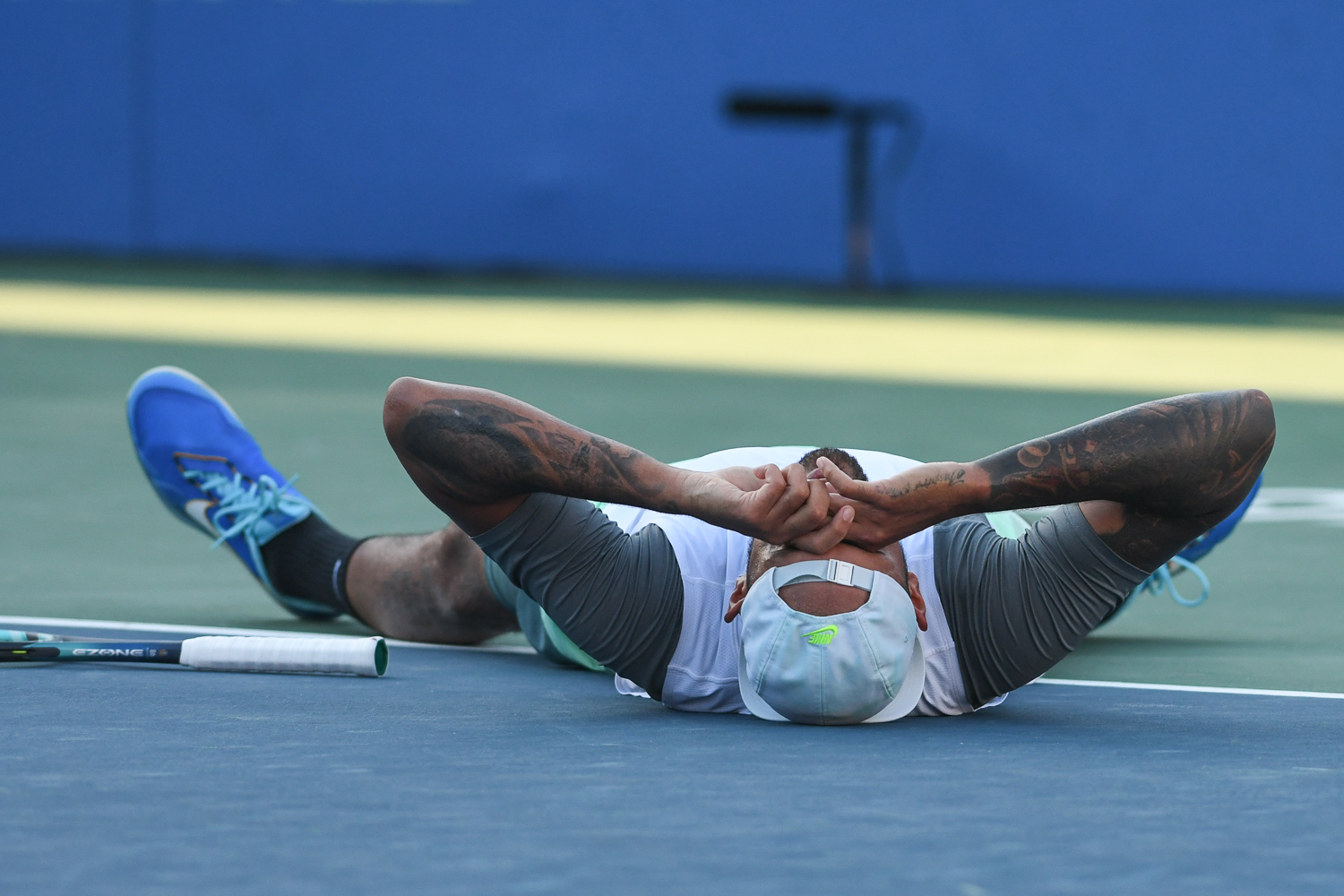 The Aussie collapsed to the court in celebration before returning to win the doublesCredit: The Mega Agency