NICK KYRGIOS’ feud with Novak Djokovic goes right back to when he said the Serb can’t be the Greatest Of All Time… because he hasn’t beaten the Aussie.

The outspoken tennis ace, 25, is certainly not afraid to ruffle a few feathers in the sport with his brutal honesty. 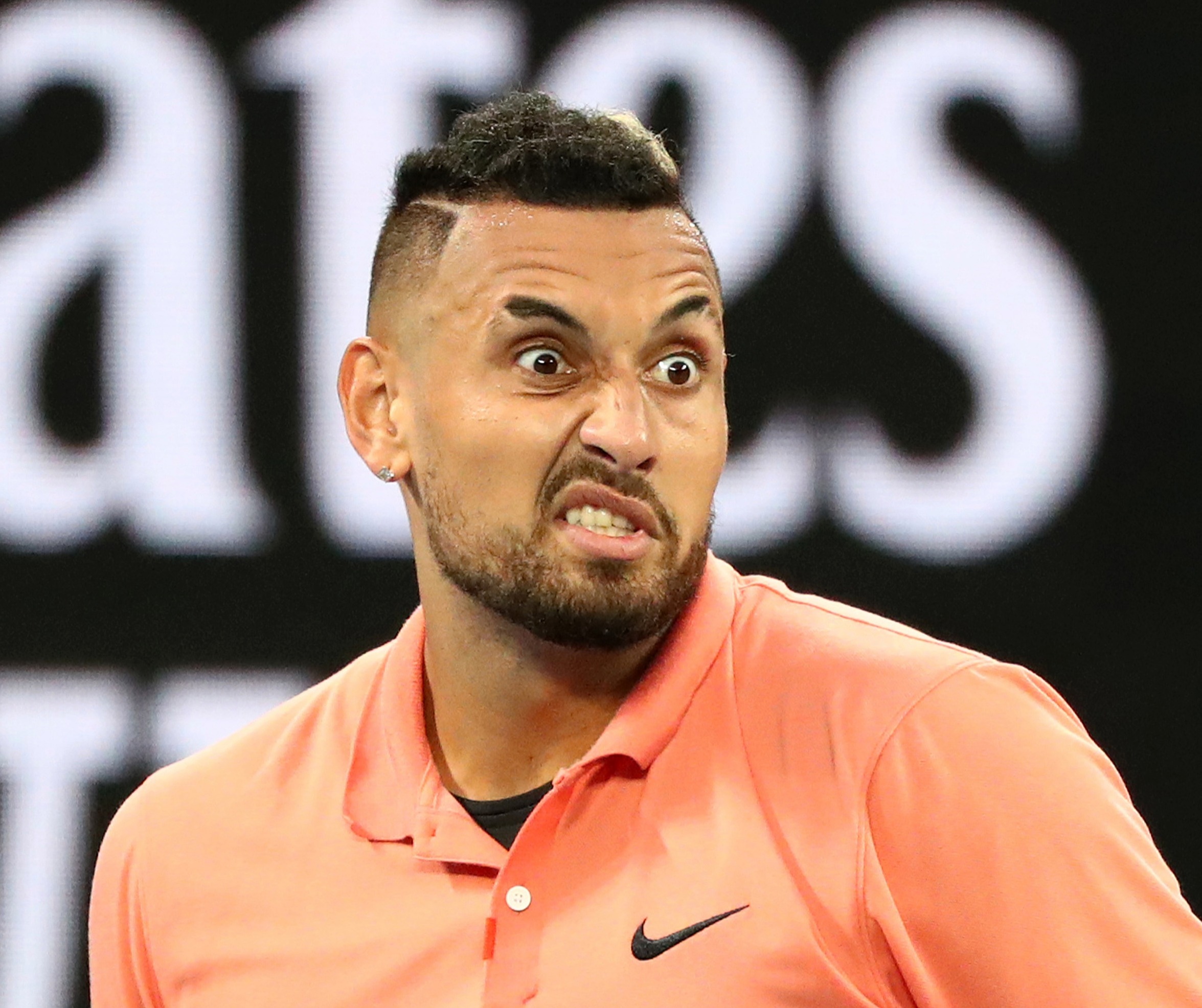 Nick Kyrgios reckons Novak Djokovic cannot be considered tennis’ GOAT because of his 0-2 record against the AussieCredit: Getty Images – Getty

And ahead of the controversial Australian Open, he reopened his rivalry with the world No1 by calling him ‘a tool’ for his quarantine demands.

Djokovic is considered by some as the GOAT in tennis with his 17 majors, the career Grand Slam and unmatched record at Masters 1000 events – winning all nine tournaments twice.

But Kyrgios highlighted his perfect 2-0 record against Djokovic as evidence why he should not be in contention as the best player in history.

The world No47 said: “No matter how many majors Novak wins, he will never be the greatest to me.

“I played against him twice, and if he can’t beat me, you are not the greatest of all time.”

The pair’s two meetings on the court came within a few weeks in early 2017 – at Acapulco and then Indian Wells.

Kyrgios came through in the first 7-6 7-5, dropping just 15 points in 12 service games and then he took out the five-time champ at Indian Wells – his first defeat at the tournament since 2013 – with a serving masterclass earning him a 6-4 7-6 victory.

But while their on-court rivalry is not the strongest – Djokovic has 81 career titles to Kyrgios’ six – it is off the court that the pair don’t see eye to eye.

Speaking to the No Challenges Remaining podcast in 2019, Kyrgios also said he cannot tolerate the Serbian hero’s personality.

He added: “I just feel like he has a sick obsession with wanting to be liked. He just wants to be like Roger (Federer).

“For me personally—I don’t care right now, I’ve come this far—I feel like he just wants to be liked so much that I just can’t stand him.

“This whole celebration thing (blowing kisses to the crowd) that he does after matches, it’s so cringeworthy.

“We’re talking about a guy who pulled out of the Australian Open one year because it was too hot.”

Kyrgios also slammed Djokovic in 2020 for his Adria Tour – which ignored social distancing at the early peak of the coronavirus pandemic before the reigning Australian Open champion tested positive.

The Australian labelled Djokovic ‘boneheaded’ for the ‘stupidity’.

And he enjoyed another pop at the five-time Wimbledon winner when he was disqualified from the US Open for hitting a line judge with a ball.

Kyrgios trolled his rival by running a Twitter poll.

He wrote: “Swap me for jokers incident. ‘Accidentally hitting the ball kid in the throat’ how many years would I be banned for?”

Fans had the choice between five, ten and 20 years and clearly played up to the jibe with more than 50 per cent of the 165,000 plus responses picking 20. 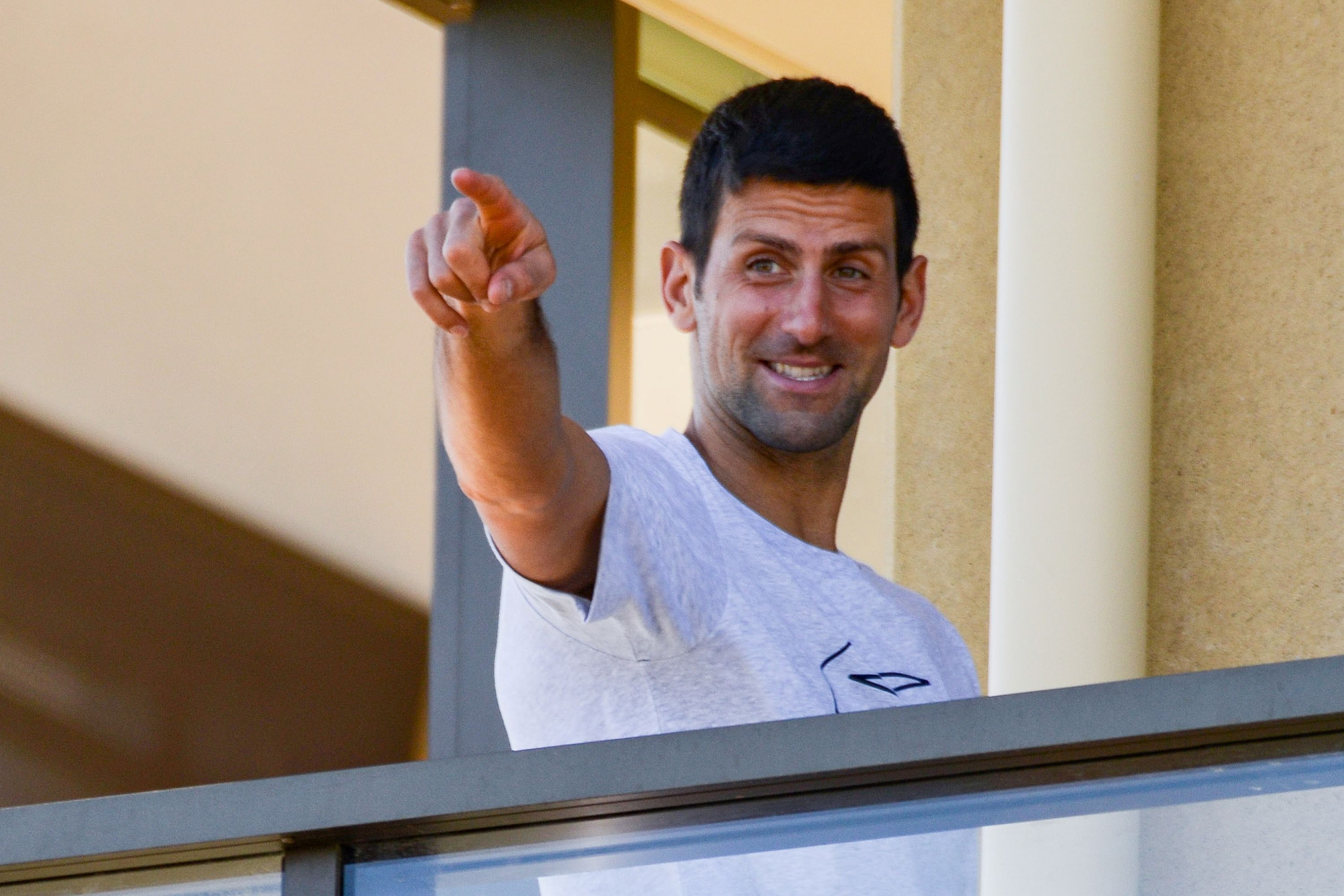 Djokovic’s quarantine demands – shut down by Australian officials – did not go down well with his rivalCredit: AFP or licensors 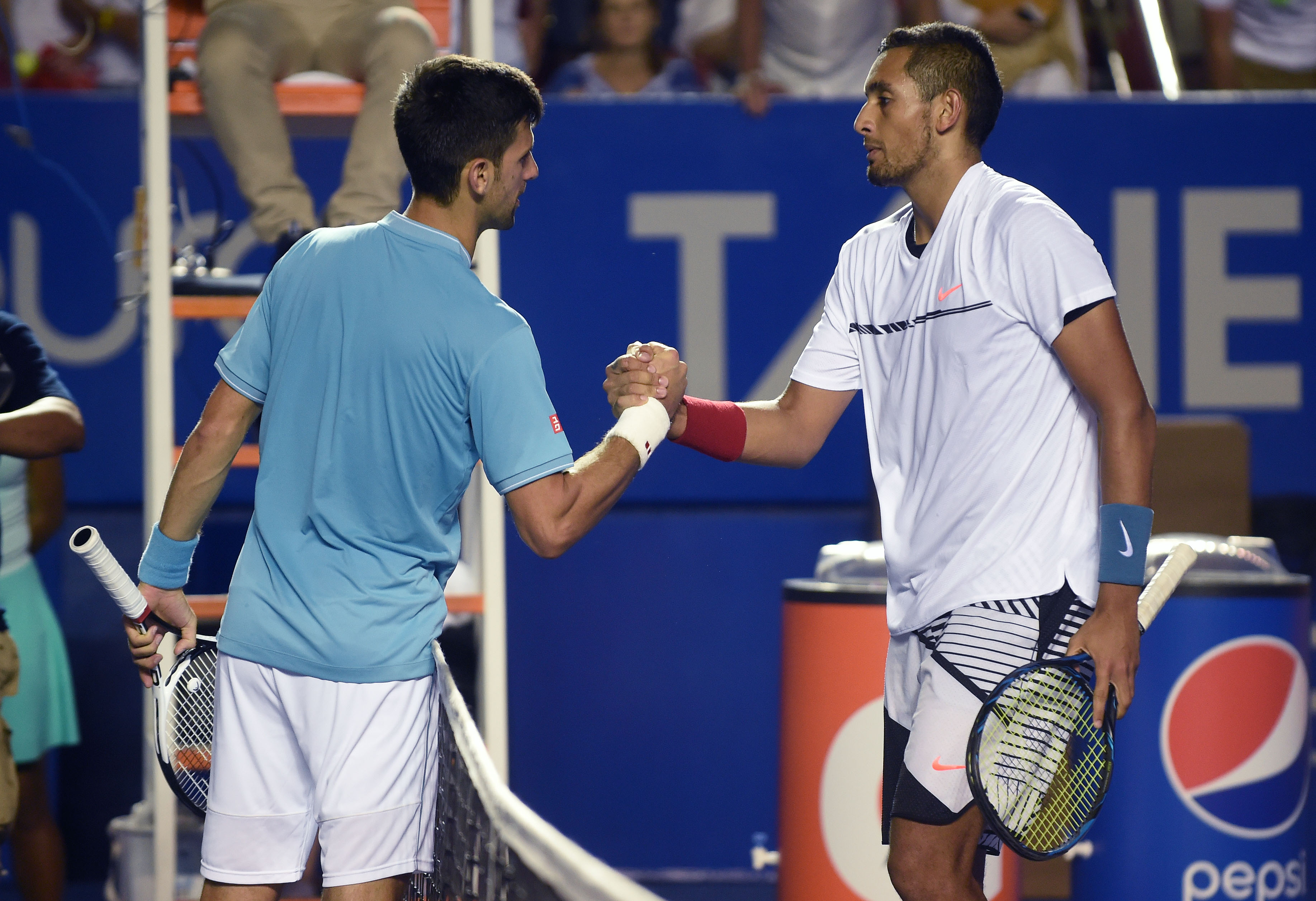 Kyrgios won their first meeting at Acapulco in 2017 and then won at Indian Wells just a few weeks laterCredit: AFP or licensors