EMMA RADUCANU is the name on everyone’s lips at the US Open after her stunning run to the quarter-finals.

When the 18-year-old was qualifying at Flushing Meadows, she was pretty unknown to tennis fans in New York.

Raducanu will aim to book her place in the last four on WednesdayCredit: Rex 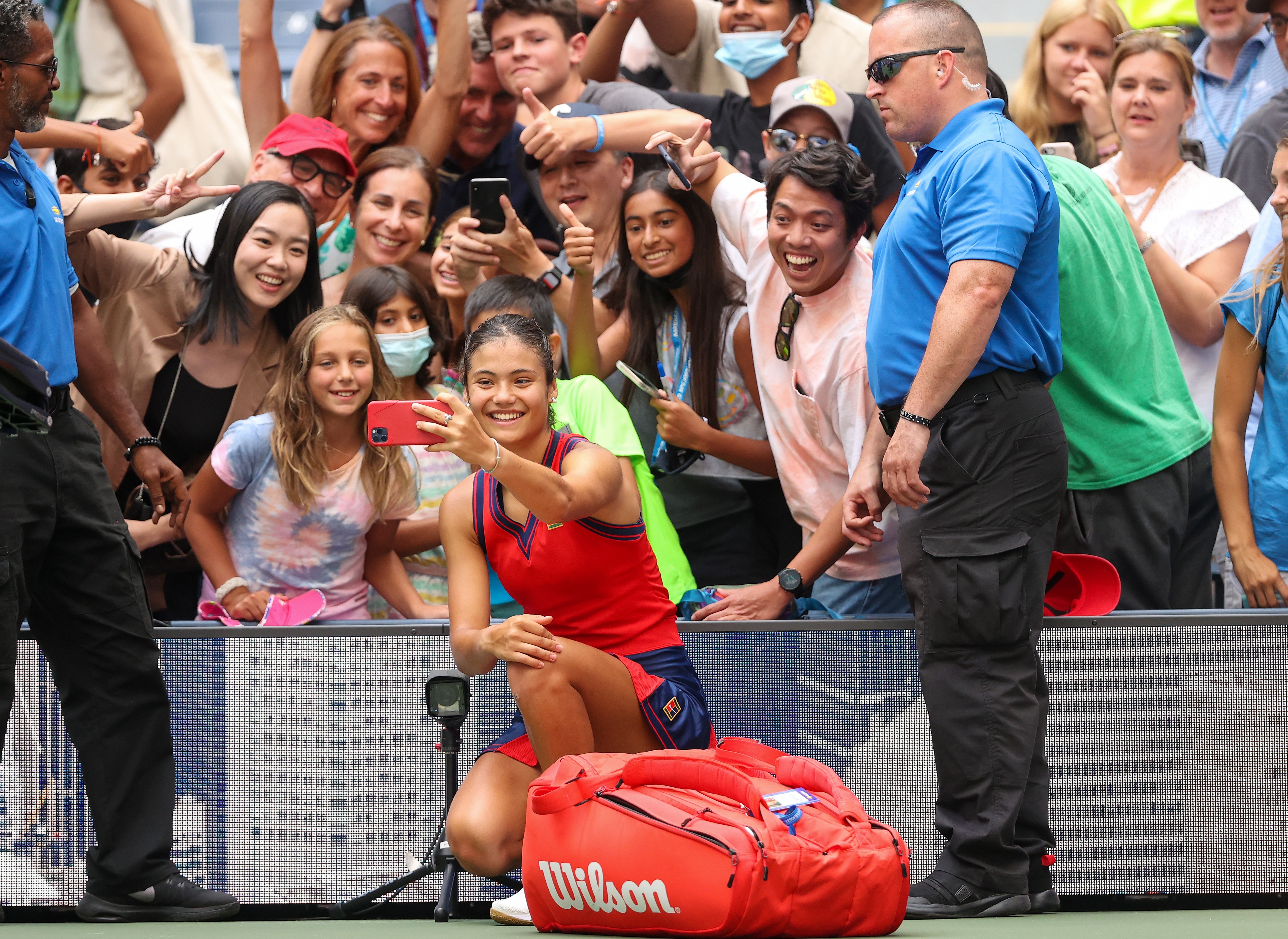 Emma Raducanu has been a massive hit with fans at the US OpenCredit: Getty 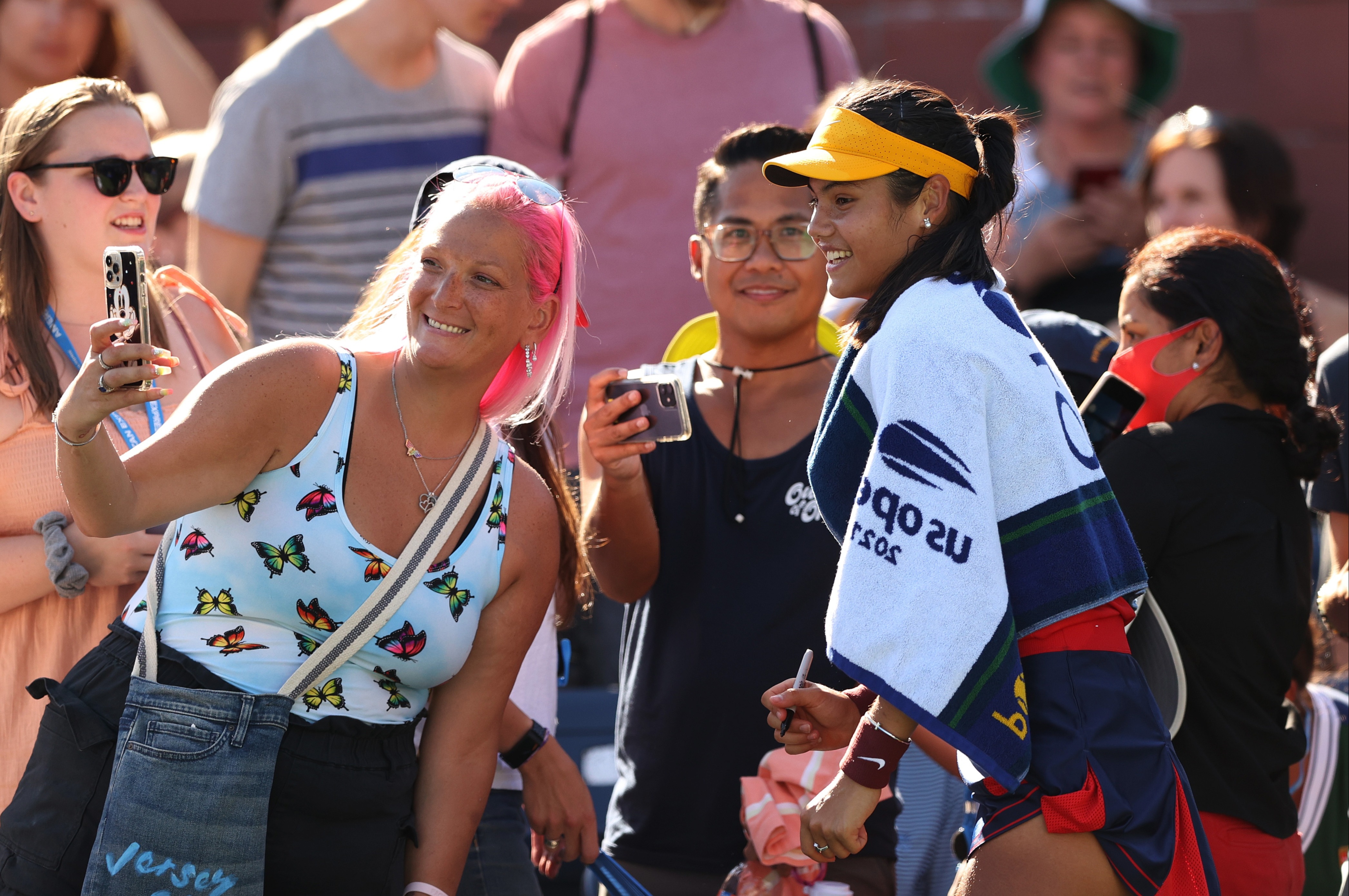 Raducanu is regularly asked for selfies with the Flushing Meadows crowdCredit: Getty 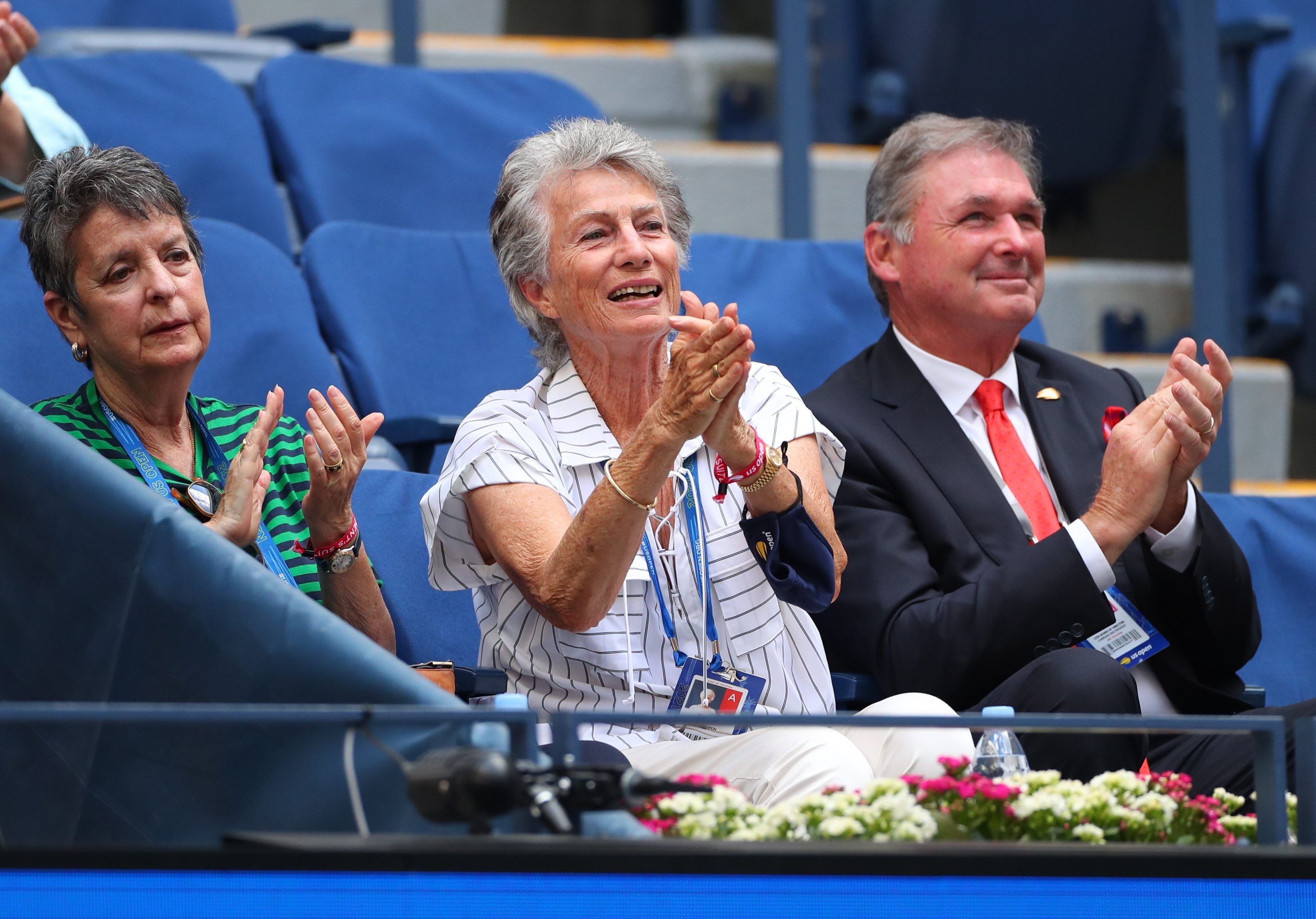 Wade was in the Arthur Ashe Stadium to watch Raducanu’s fourth round winCredit: Rex

Yes, her dramatic run to the fourth round at Wimbledon would have registered with some.

But a British woman who is actually good at tennis challenging for the title in the Big Apple?

It sounds bonkers, yet the Kent starlet’s displays here are the talk of the town.

And she will be hoping to continue living the dream in today’s last-eight clash with 24-year-old Olympic champion Belinda Bencic.

Raducanu is the complete package — she hits the ball hard, carries herself superbly on and off the court, is interesting, down with the kids and has broadcasters swooning.

Watching her thrash Shelby Rogers at Arthur Ashe Stadium on Monday was Virginia Wade – the former US Open and SW19 champion – who knows what it takes to reach the very top.

She feels Bencic will provide her fellow Brit’s toughest test to date.

It will be a huge ask for Raducanu, who is up to No 74 in the world, to power past the Swiss but Wade said: “Emma ticks all the boxes — she’s got good concentration, great groundstrokes, serve was awesome and she knows what to do with the ball.

“The way she concentrates so well and her determination is maybe the best feature of all, but everything else is good as well.

“At 18 you have to see how it all develops, as we have seen with other players, they get together and start to work out how to play you.

“I think she will have trouble with Bencic. She has been through all that and come through it.

“She’s been under the radar a bit until she won the Olympics.

“It will be a tough match because they are equally competent, but Emma hits a lovely ball. It’s a pleasure to watch her.

“She’s still got some physical development to do. Around 20 she will be OK, you have to pace yourself.”

Watching Raducanu tear up New York, it is easy to forget she only just got her A-level results.

Whatever happens on Wednesday, her profile has gone through the roof and now comes the hard part. 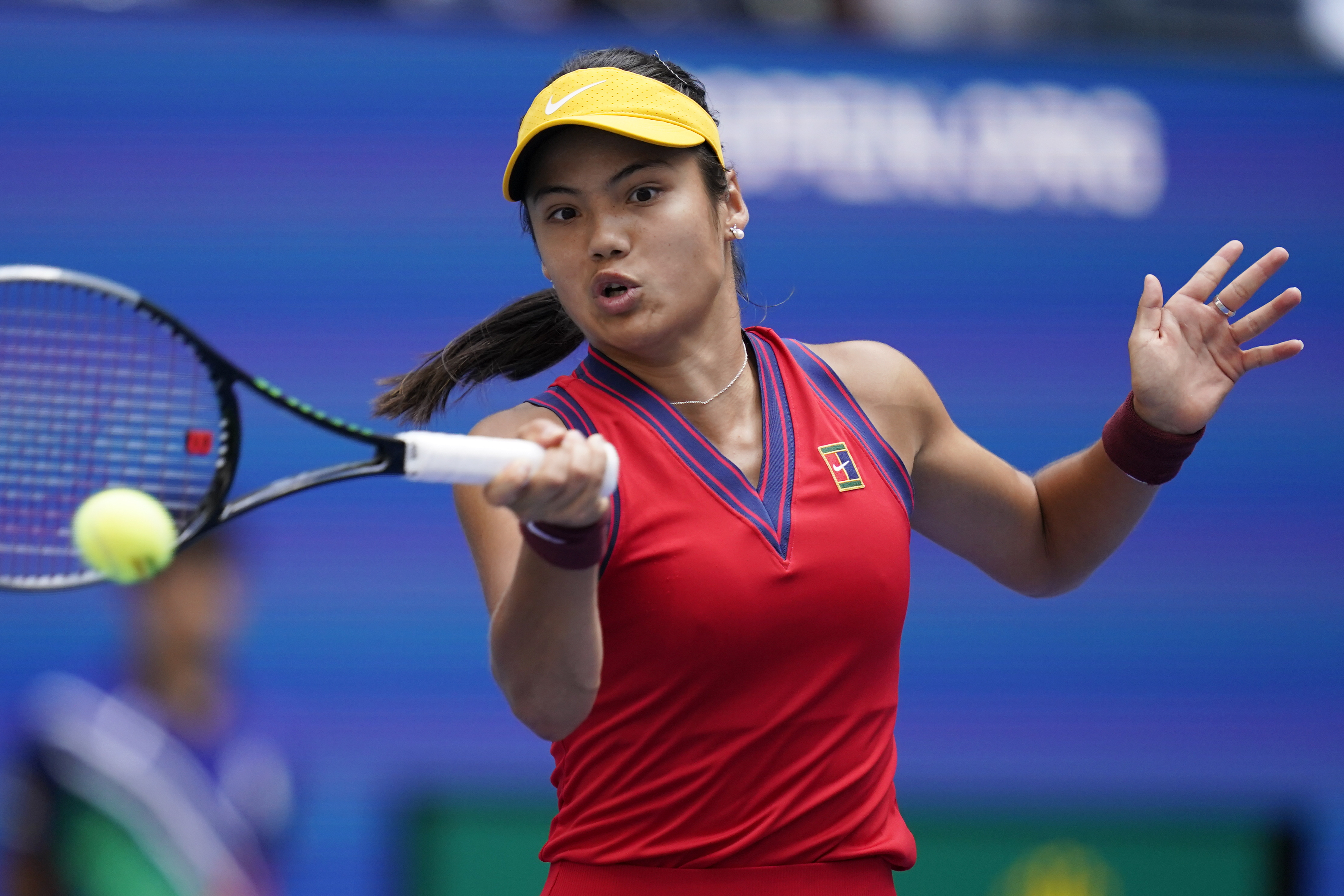 Raducanu is hoping to reach the semi-finals of a Grand Slam for the first timeCredit: AP 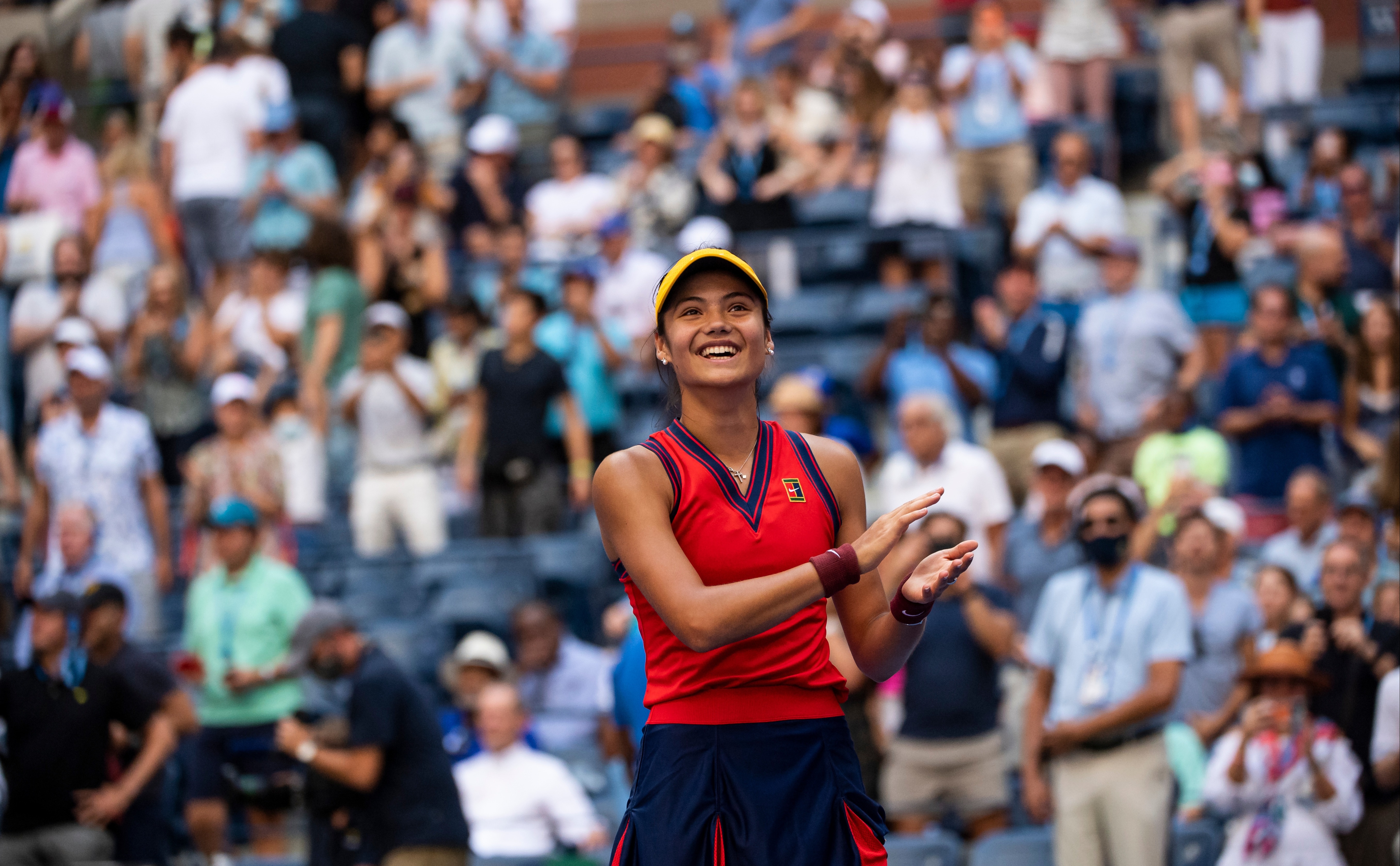 The Brit has thrilled the crowds in New YorkCredit: Getty

Raducanu’s management company IMG have guided some of the biggest stars in tennis including Naomi Osaka, who has struggled with mental health issues this year and is set to take a break from the game.

Some think Osaka was pushed too hard, too soon by money men desperate to cash in on a marketable athlete.

Wade added: “You’ve got to be so aware of the fame that goes with doing well so young.

“I know Osaka was incredibly successful with winning, but still you see what can happen.

“There can be a lot of pitfalls on the way, you need to get good advice. You don’t want to be saying yes to everything and then have pressure on you.”

For now, however, the Brit is loving every minute, happily taking selfies with fans and lapping up the moment.

There is a long way to go before Andy Murray’s exploits are replicated but Raducanu is definitely on the right path.

The teenager said: “Andy is such an inspirational person to look up to and to have him believe in me and support me means a lot.

“Personally I am surprised I’m here. I didn’t expect it — I knew I was doing a lot of great work that would pay off some day, but you never know when.

“I’m super appreciative of the moment. To be here in the US Open quarter-finals, after not playing for 18 months, is just absolutely incredible.” 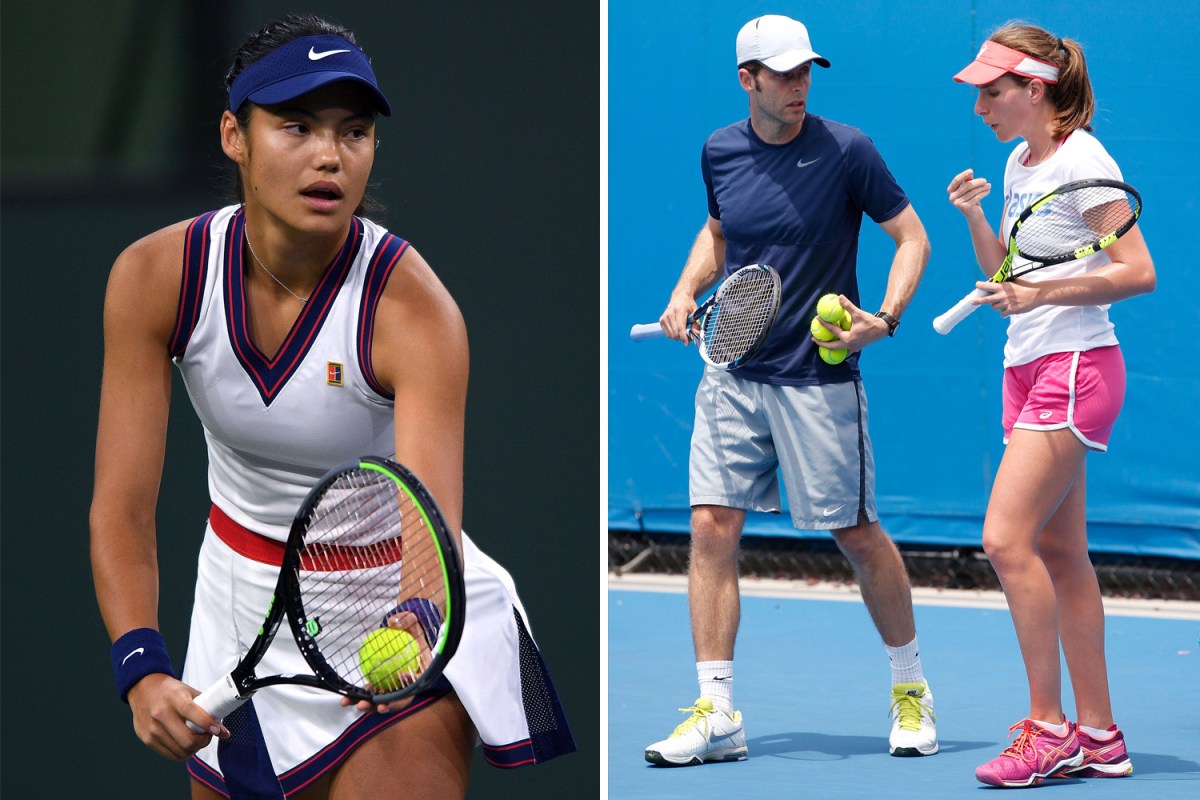 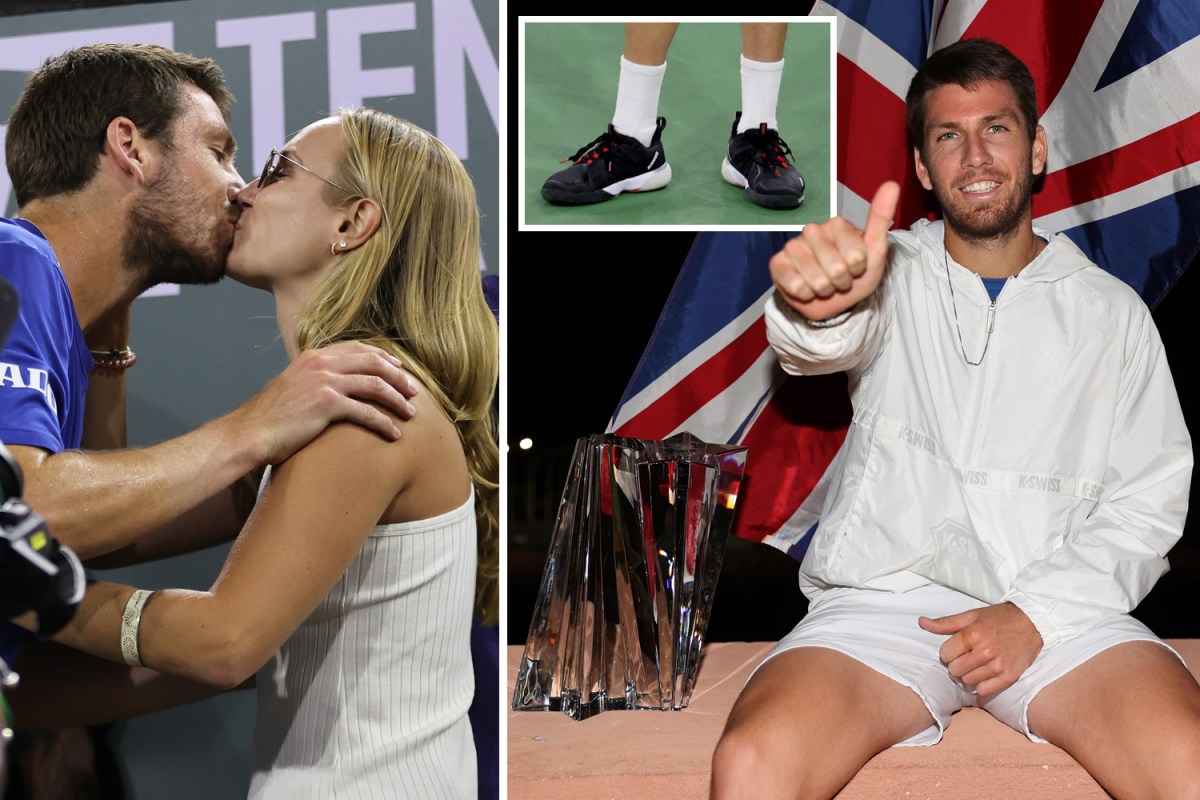