JO KONTA was in a state of shock and close to tears as she exited the Australian Open with a sore abdominal muscle.

Britain’s leading female ace had promised to go far in Melbourne and had a favourable section of the draw but those dreams were dashed on the second day by an unfortunate injury retirement. 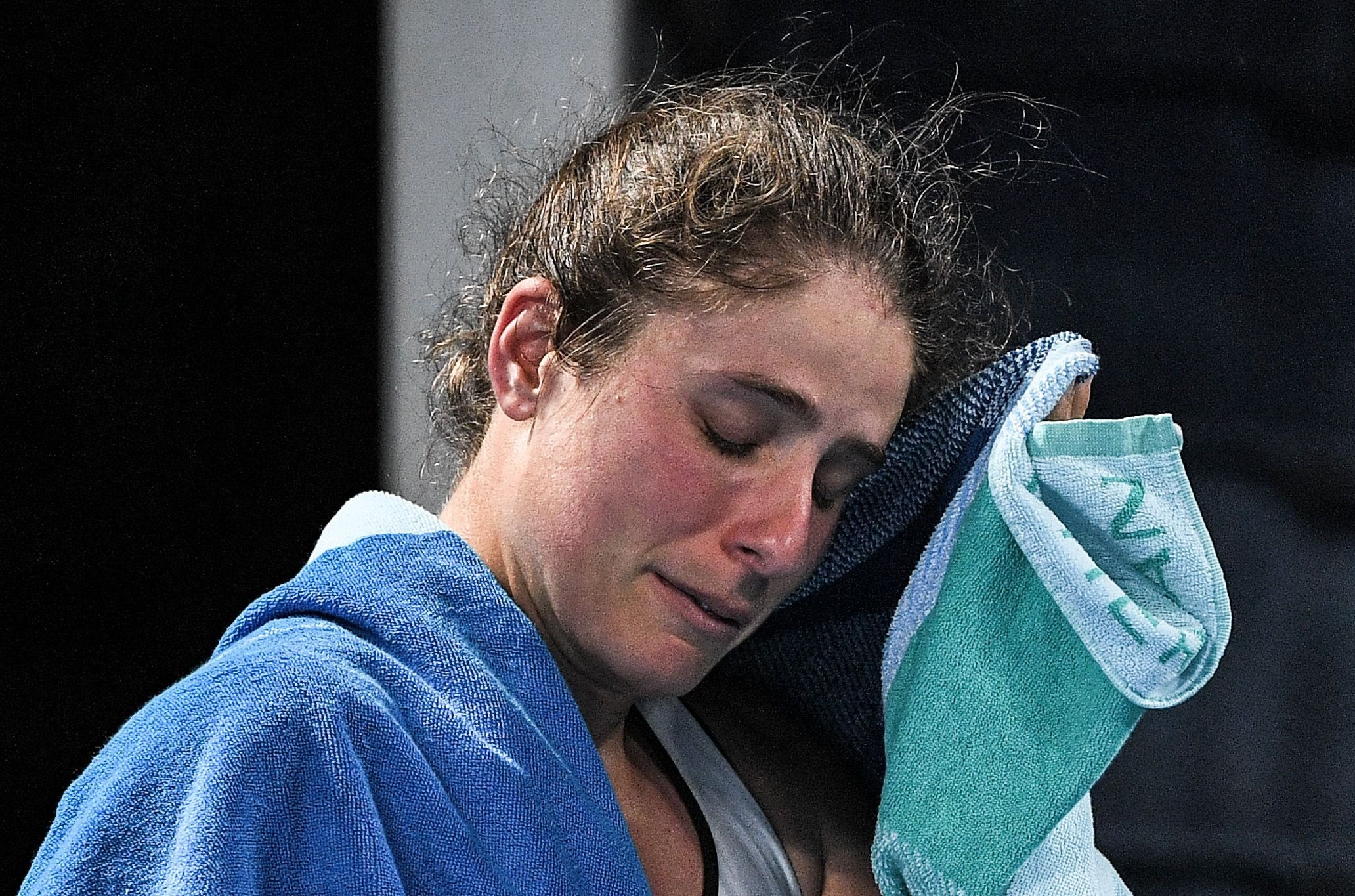 Jo Konta was inconsolable after having to pull out of the Australian Open first roundCredit: Rex Features 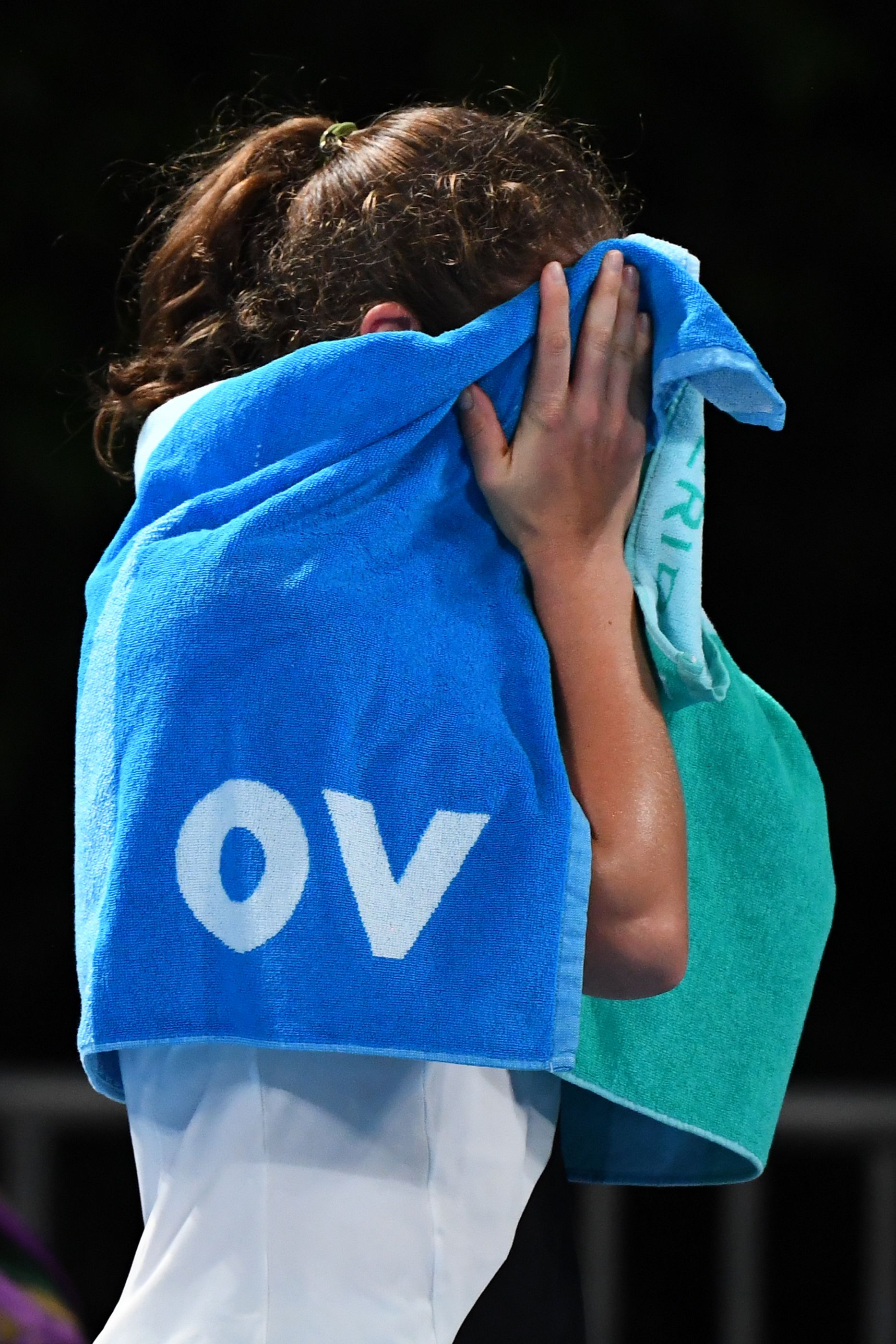 Britain’s leading female player had to throw in the towel against Slovenian qualifier Kaja JuvanCredit: AFP or licensors 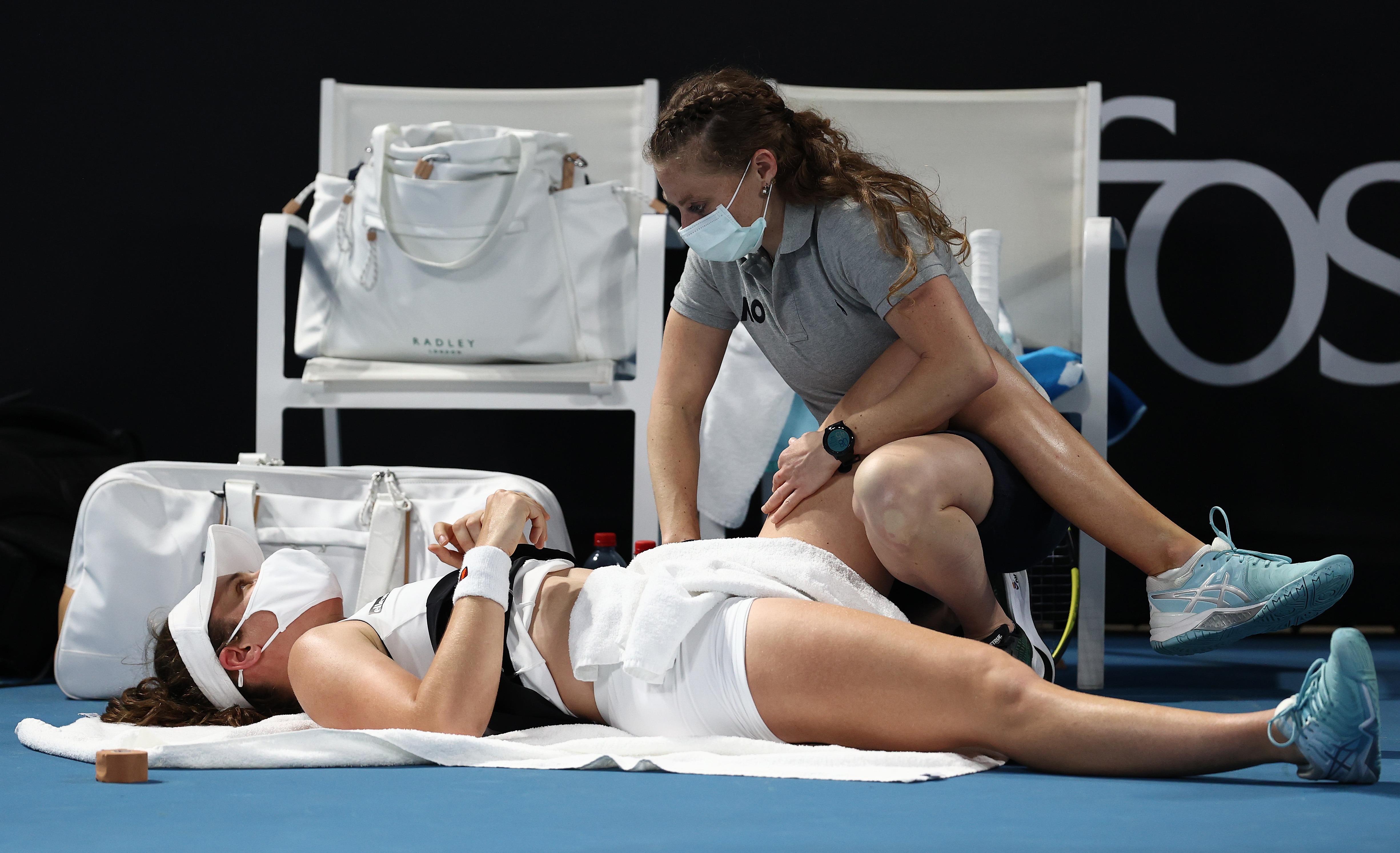 Konta was given treatment but it did not helpCredit: Getty Images – Getty

The 29-year-old called for a medical timeout shortly before winning the first set on her serve against Slovenian qualifier Kaja Juvan.

The No.13 seed required a massage on the floor of Court 15 with the physiotherapist rubbing around her left hip and lower abdomen. Backstage, she had the painful area taped up.

And she was forced to call it quits in the second set with the scoreline at 6-4 0-2 given she was losing strength and power in her serve.

Three double faults in the space of four points suggested her body had started to break down.

It is the second year in a row she has gone out of the Aussie Open in the first round.

Konta said: “Well, I pulled my ab, and that made it difficult for me to serve. That’s why I had to retire. 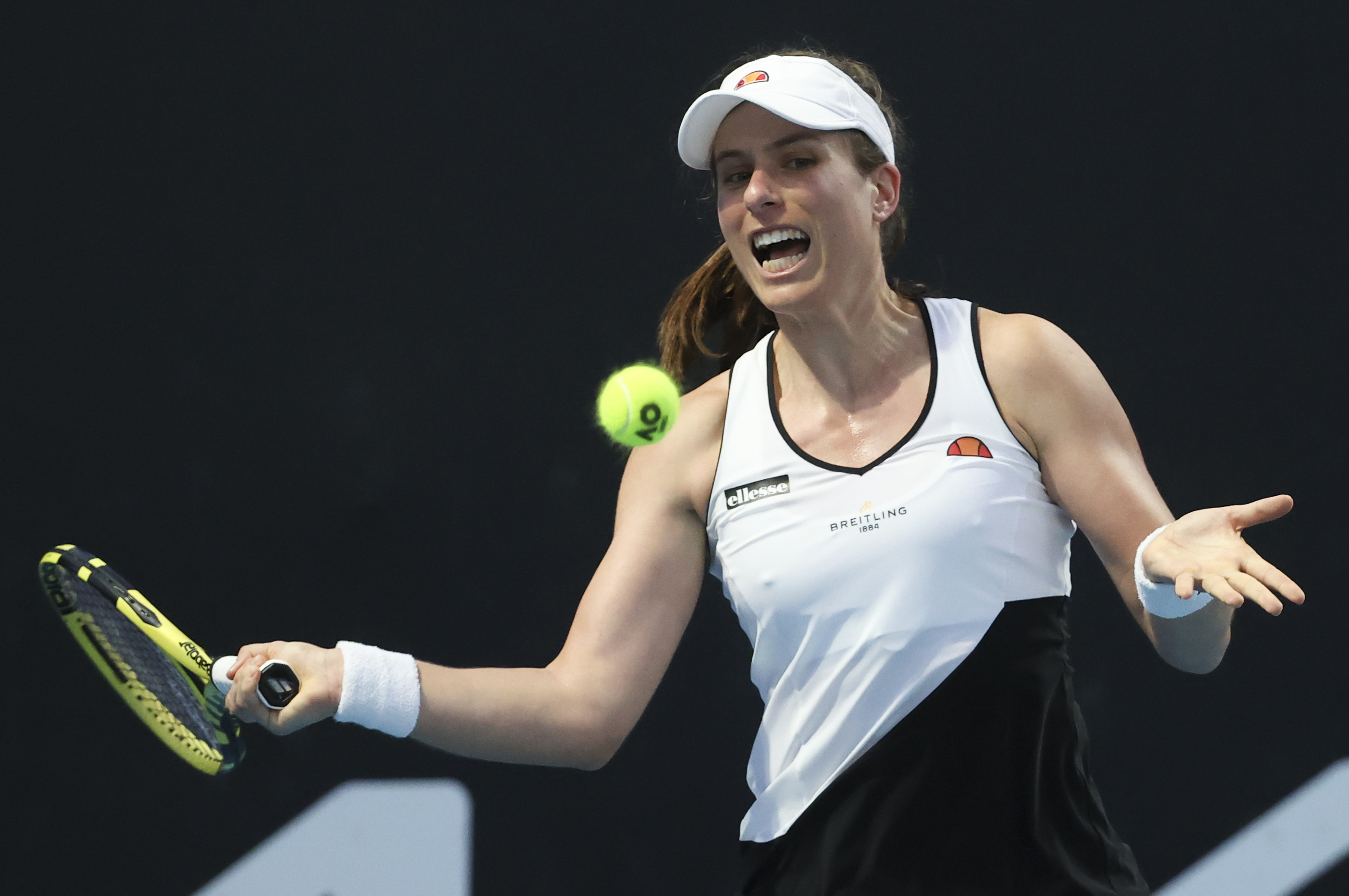 Konta was 6-4, 0-2 against Juvan when she was forced to retire hurtCredit: AP:Associated Press

“I haven’t had an ab issue in a very, very long time. That was at the back end of 2016 during the Beijing and Hong Kong section. But it healed nicely then.

“I feel in a bit of state of shock, almost like having an out-of-body experience a little bit.

“It’s a learning curve for me, it’s a new experience. Hopefully I’ll still be able to have some opportunities to play while I’m here.”

Konta is not sure when she will be back and has yet to decide her immediate itinerary for 2021.

Nonetheless, it is more frustration for Konta at Slam level, following a 2020 campaign where she won only one out of four matches.

Last August, she suffered a heart scare a few weeks before the US Open but insists that is not a concern any more.