HEATHER WATSON experienced further body spasms and had to take painkillers as she missed out on the Australian Open third round.

The British No.2’s lack of preparation and fitness proved to be a factor as she was knocked out of the first Slam of the year despite winning the first set against Anett Kontaveit. 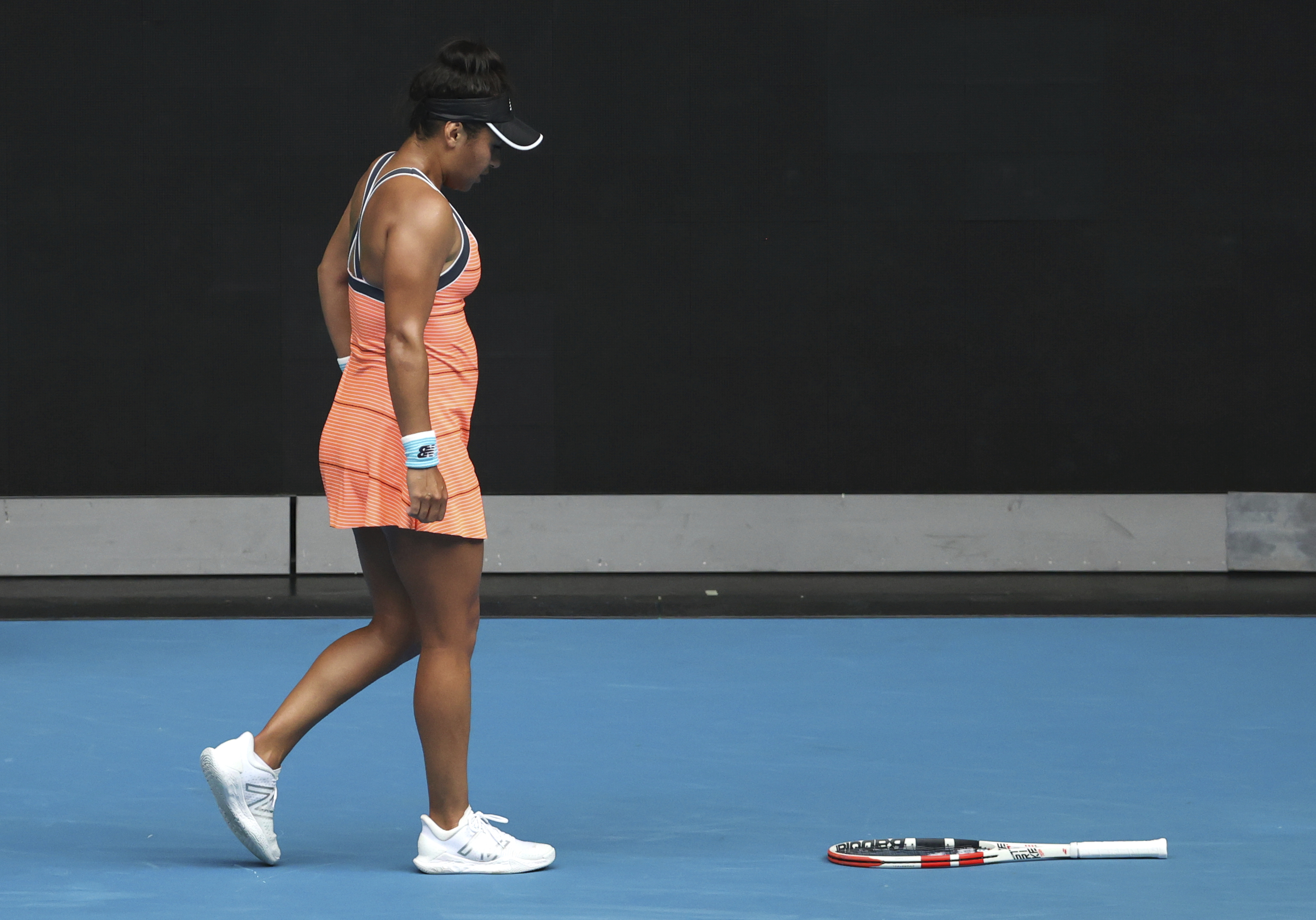 Heather Watson has only once reached the third round of the Australian OpenCredit: AP:Associated Press

The 28-year-old was one of 72 players to be forced to observe a two-week hard quarantine after there had been a confirmed Covid-19 case on her Middle East flight.

Watson, who ended up having 16 days in total stuck in her hotel room, lost valuable exercise and training time and this became apparent in the third set against Kontaveit as well as her inability to return serve efficiently.

The Estonian, who is coached by Andy Murray’s father-in-law Nigel Sears, won 6-7 6-4 6-2 and will now face American Shelby Rogers, the conqueror of Brit Fran Jones in the Last 32.

Kontaveit, the No.21 seed, reached the quarter-finals last year so was always going to present formidable opposition for the Guernsey ace.

Watson dosed herself up with medication after worrying that she might not be physically ready to play a third match in a row. Before her first-round clash she revealed her leg went into spasm and almost forced her withdrawal.

The world No.60 said: “The plan is to stay healthy now.

“Yesterday in my doubles match, my back and pelvis went into spasm at the beginning of the third set. That was a bit worrying for my match today. 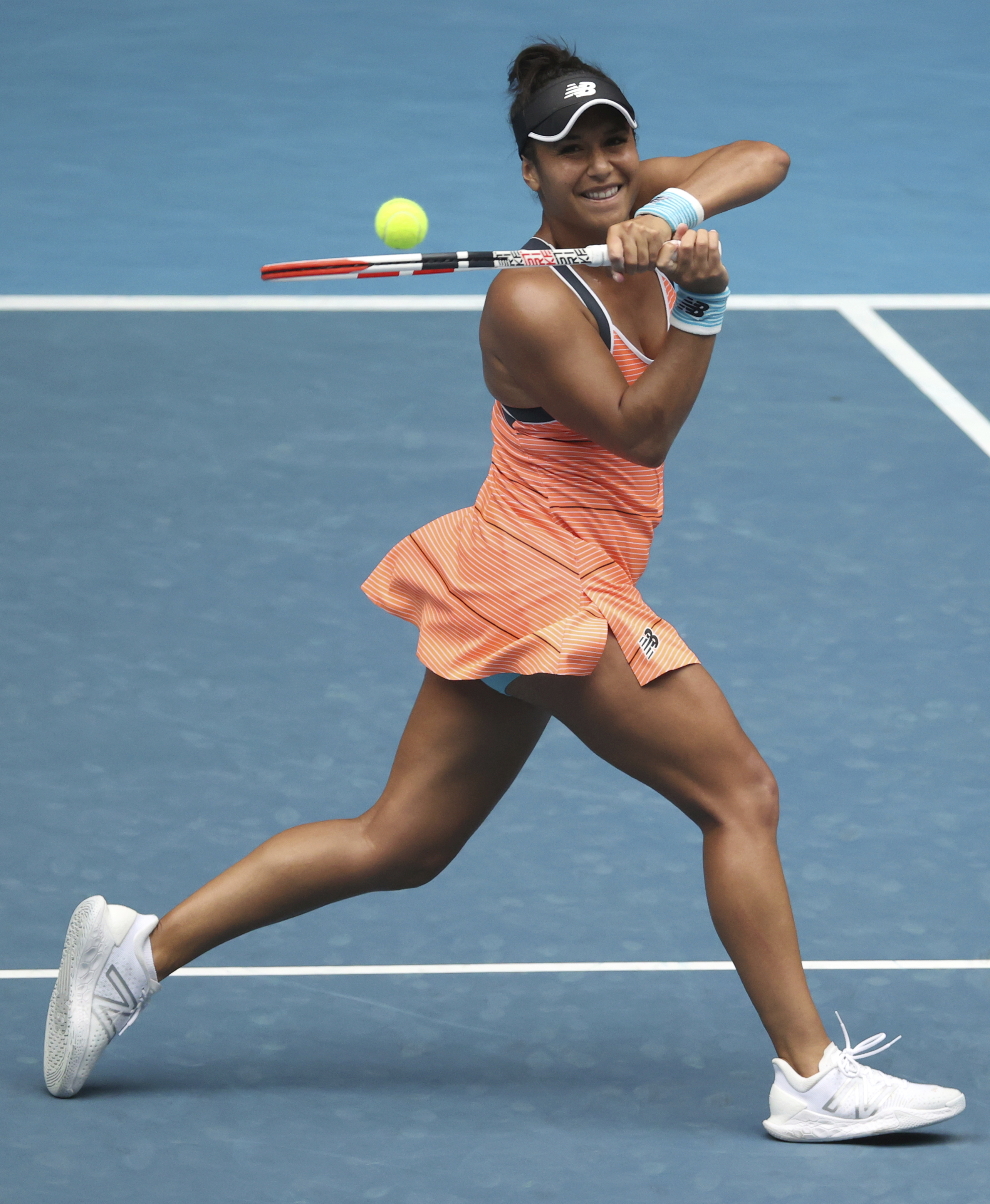 The 28-year-old had to undergo hard lockdown in Melbourne due to close contact with a Covid-19 caseCredit: AP:Associated Press

“I took painkillers and anti-inflammatories before the match and last night. It didn’t hinder me at all in the match. The tablets really helped.

“I will be taking care of my body, obviously focusing on the doubles, but hopefully that is nothing long term, and won’t affect me going into the next week.”

Asked what she would take from this unusual experience, apart from the obvious boost of a cheque for £84,000, Watson said: “I feel like I am a lot more relaxed and I play a lot better tennis when I am relaxed.

“That is probably what I’ll take from it.

“I don’t know if it is because of what has happened with the quarantine or just I am getting older and have been on Tour from a young age and feel very experienced now.

I took painkillers and anti-inflammatories before the match and last night. It didn’t hinder me at all in the match. The tablets really helped.

“I felt like we had a lot of quick, short points, particularly because we both served pretty well.

“The strength in her game is definitely her serve, she places it extremely well, and I’d say one of my strengths is my returns. But I felt like I couldn’t really get a racket on the ball today.

“And when I did, I didn’t have that rhythm of hitting returns. It was really close, just a few points here and there, which could have changed the match.

“I left it all out there today. She is a really tough opponent, and it is credit to her. A lot of those serves that I hit today I feel like against a lot of other players they would have been free points.

“But against her I felt she did a really good job of getting them back.”