NICK KYRGIOS was left fuming with technology as his Australian Open epic with Ugo Humbert was interrupted by some questionable let calls.

The monitor which picks up which serves clip the top of the net was blamed by the angry Aussie throughout Wednesday’s enthralling tie. 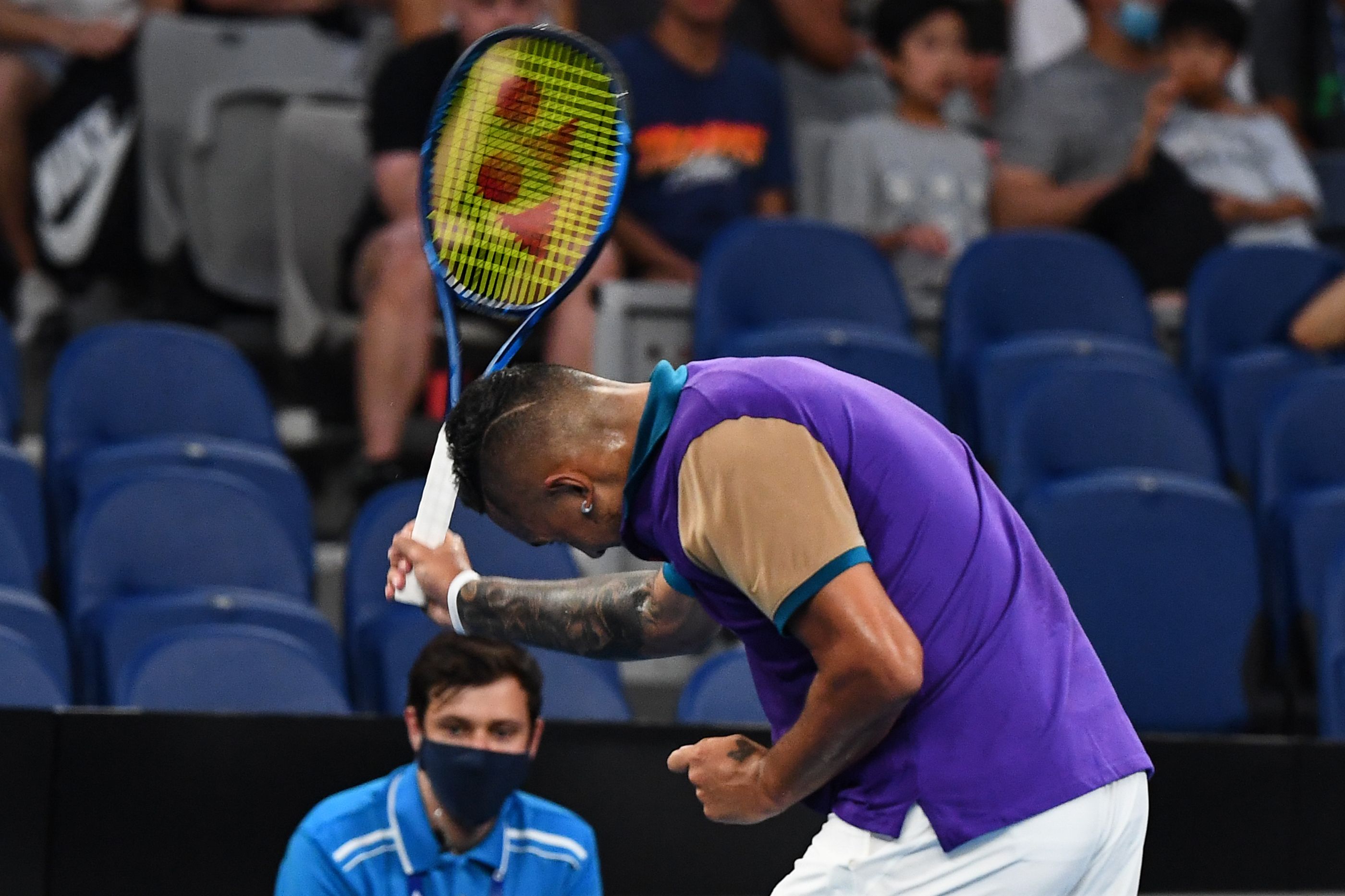 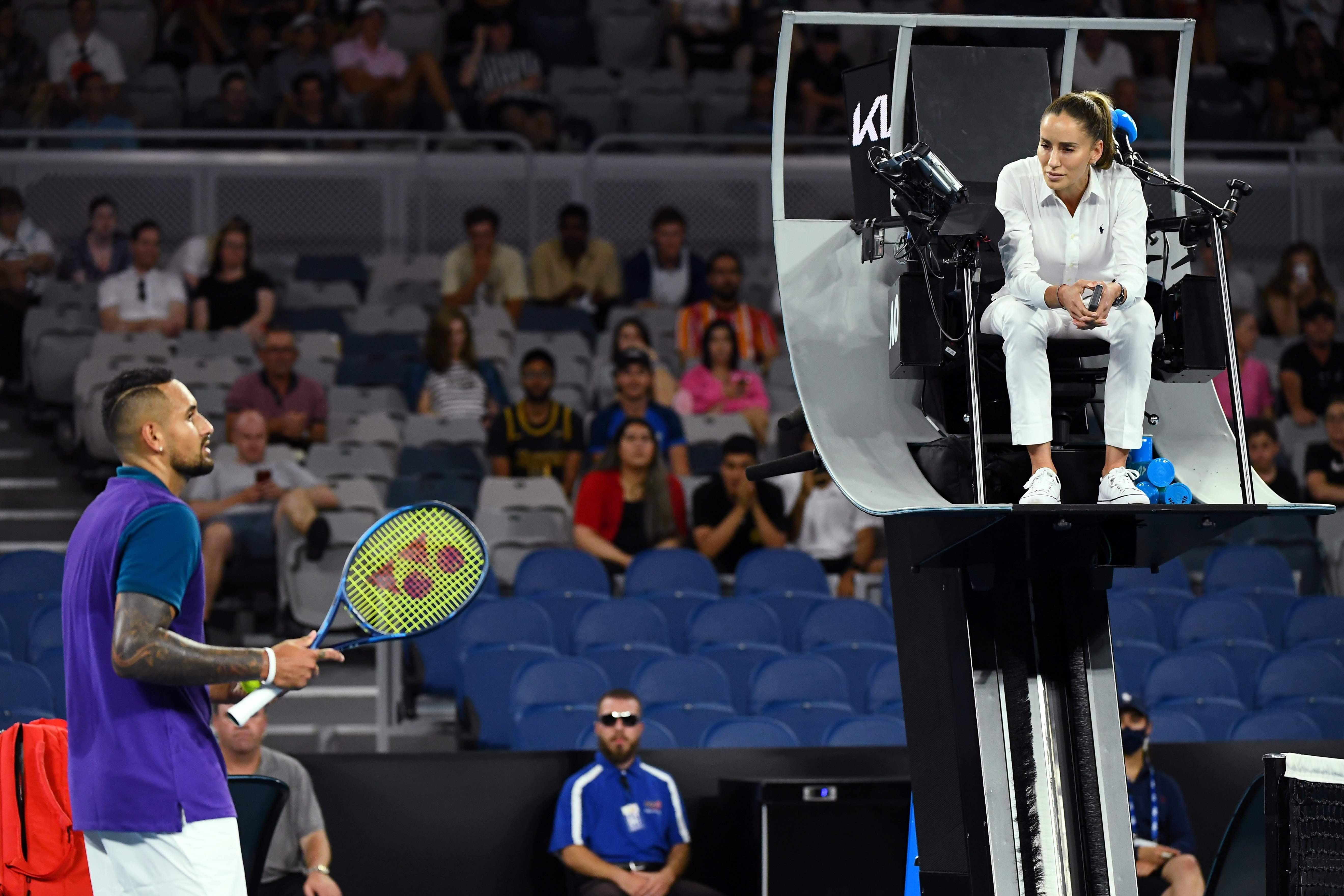 The home favourite pleaded with the umpire to turn off the let technologyCredit: AFP or licensors

Umpire Marijana Veljovic refused his calls to switch off the technology as the second-round match went to five sets.

After one let call, Kyrgios appealed to the Serbian official, telling her: “Reset the machine because the ball is this high off the net.”

French No29 seed Humbert claimed the first set 7-5 and hit back with the third set after Kyrgios looked to be back in the match.

Coming back from a match point, a tense tie-break saw the home favourite snatch the fourth set in front of a boisterous Melbourne crowd.

The fans certainly had his back as further let calls were met with groans.

Kyrgios was handed a penalty point for smashing his racket and even managed to send the monitor flying with one powerful serve. 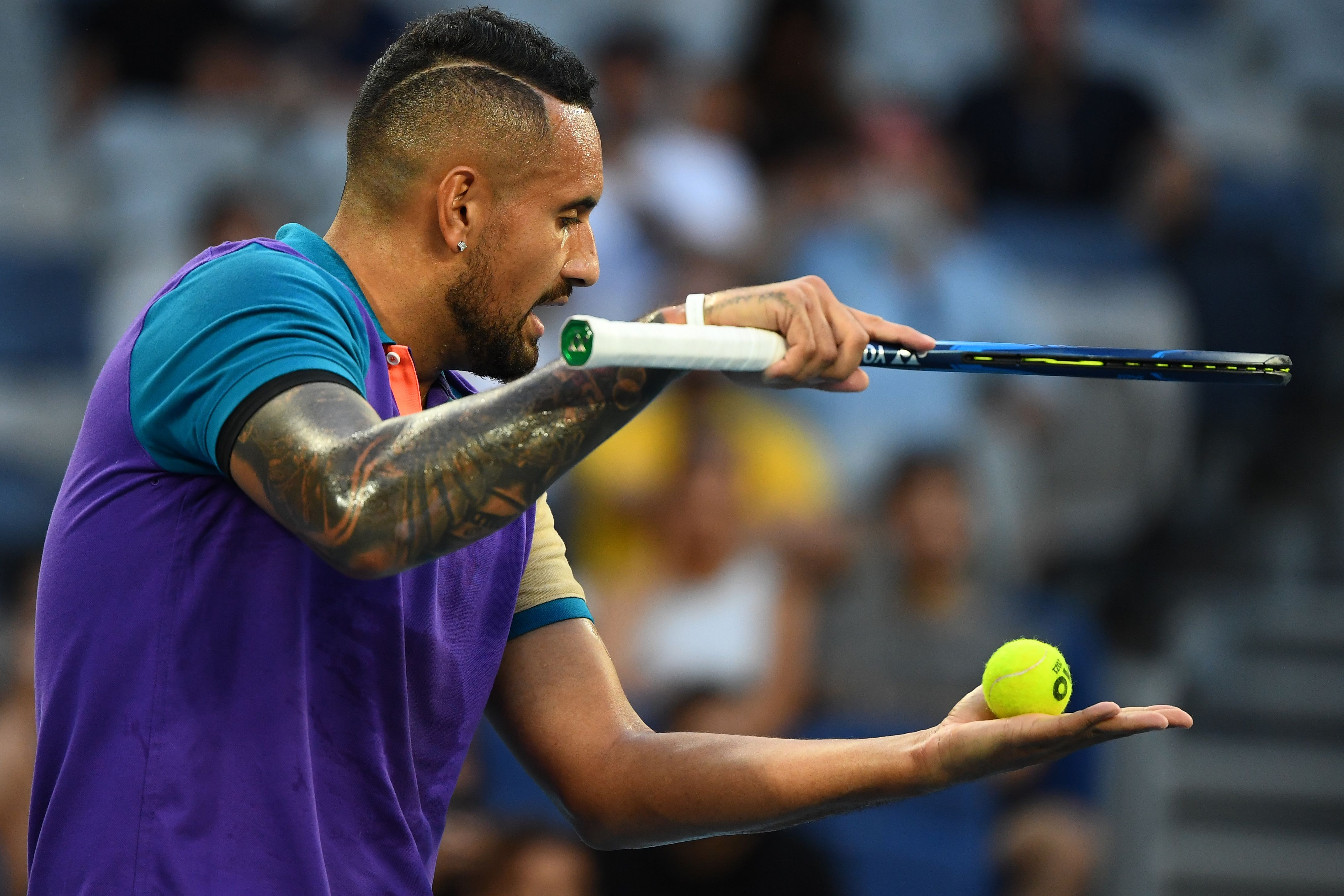 Kyrgios motioned with his racket to criticise the technologyCredit: AFP or licensors 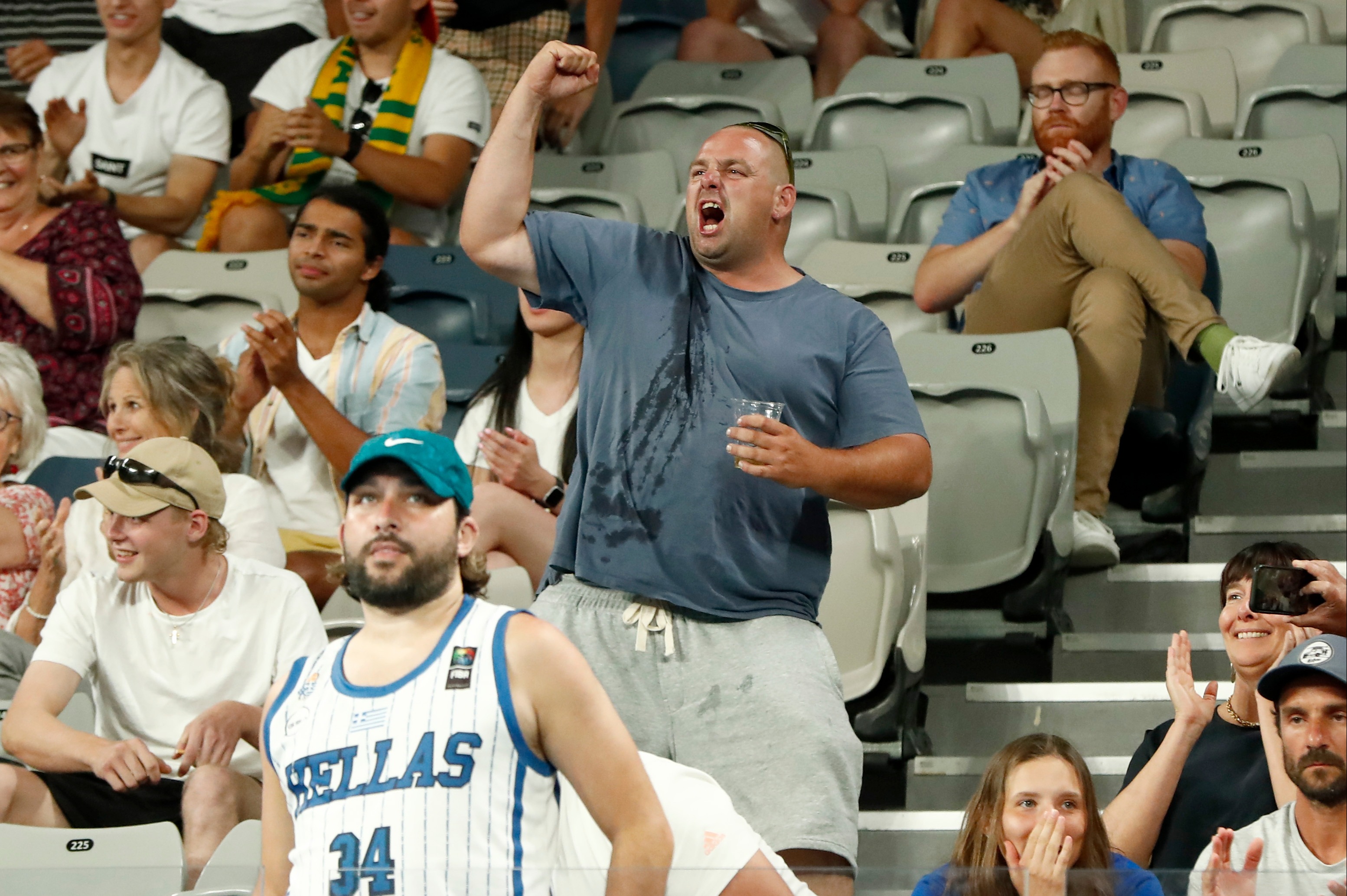 A later interruption led to the 25-year-old gesturing with his hand that the ball was comfortably clear of being let.

He claimed: “Come on man, it happened to his serve, it’s this far over the net, also my serve.

Veljovic replied ‘I know’ before Kyrgios continued to rail against the tech.

He continued: “What do you mean you know? It’s ruining the game.

“It happened in the first set, I told you to turn it off. Did you turn it off?” 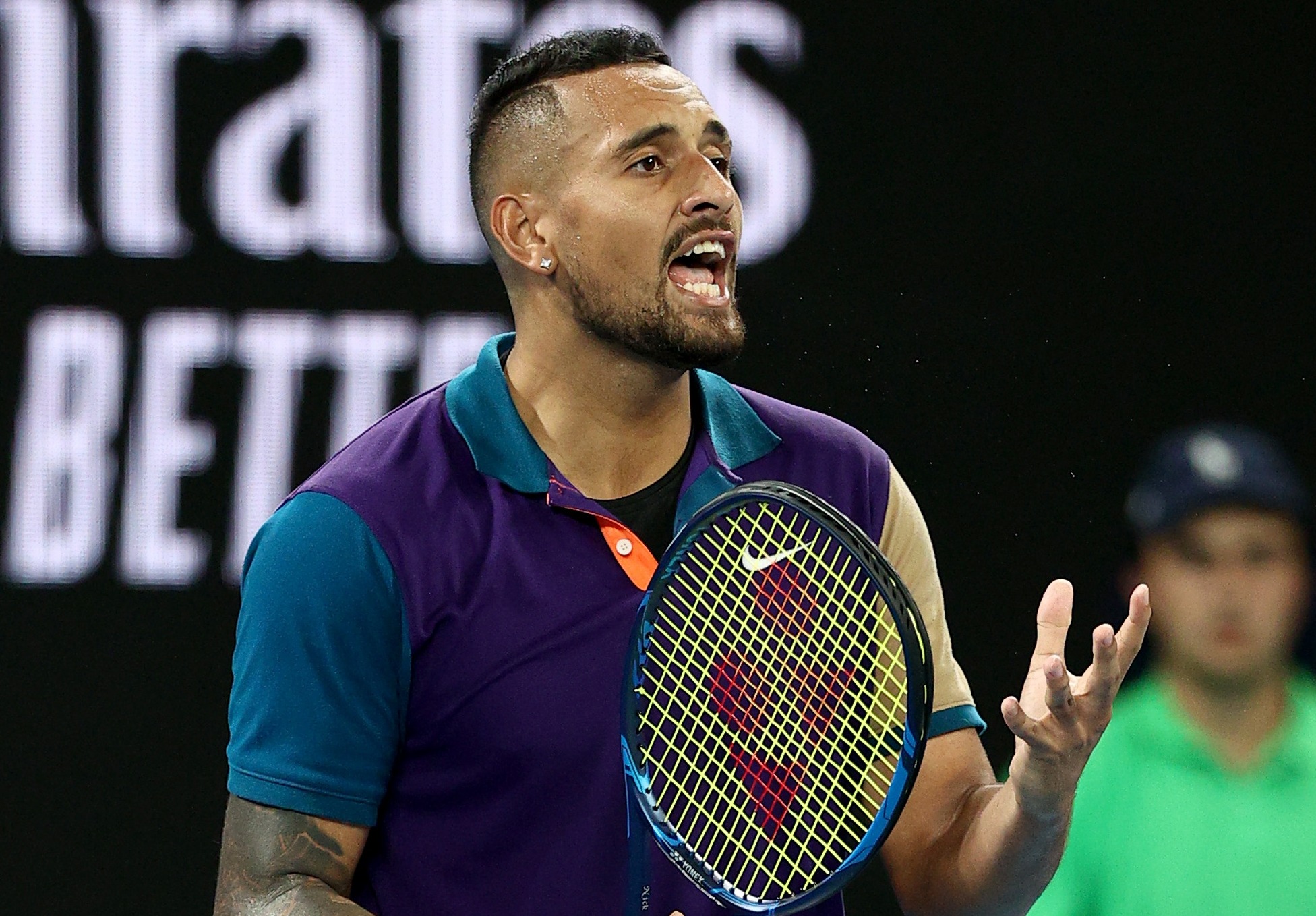 Kyrgios had the crowd by his side as he protested the callsCredit: Getty Images – Getty 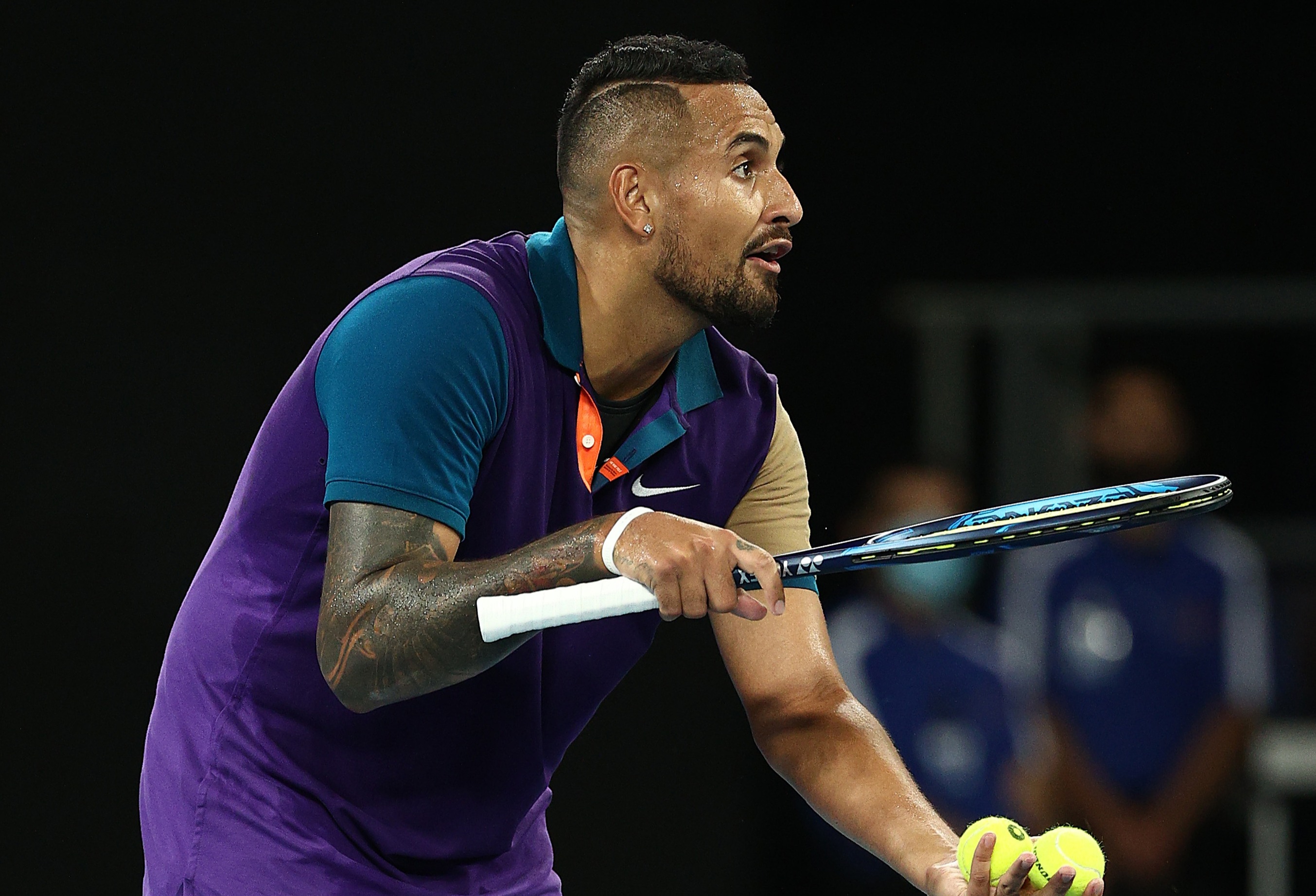 The tennis star pleaded with the umpire over the let techCredit: Getty Images – Getty 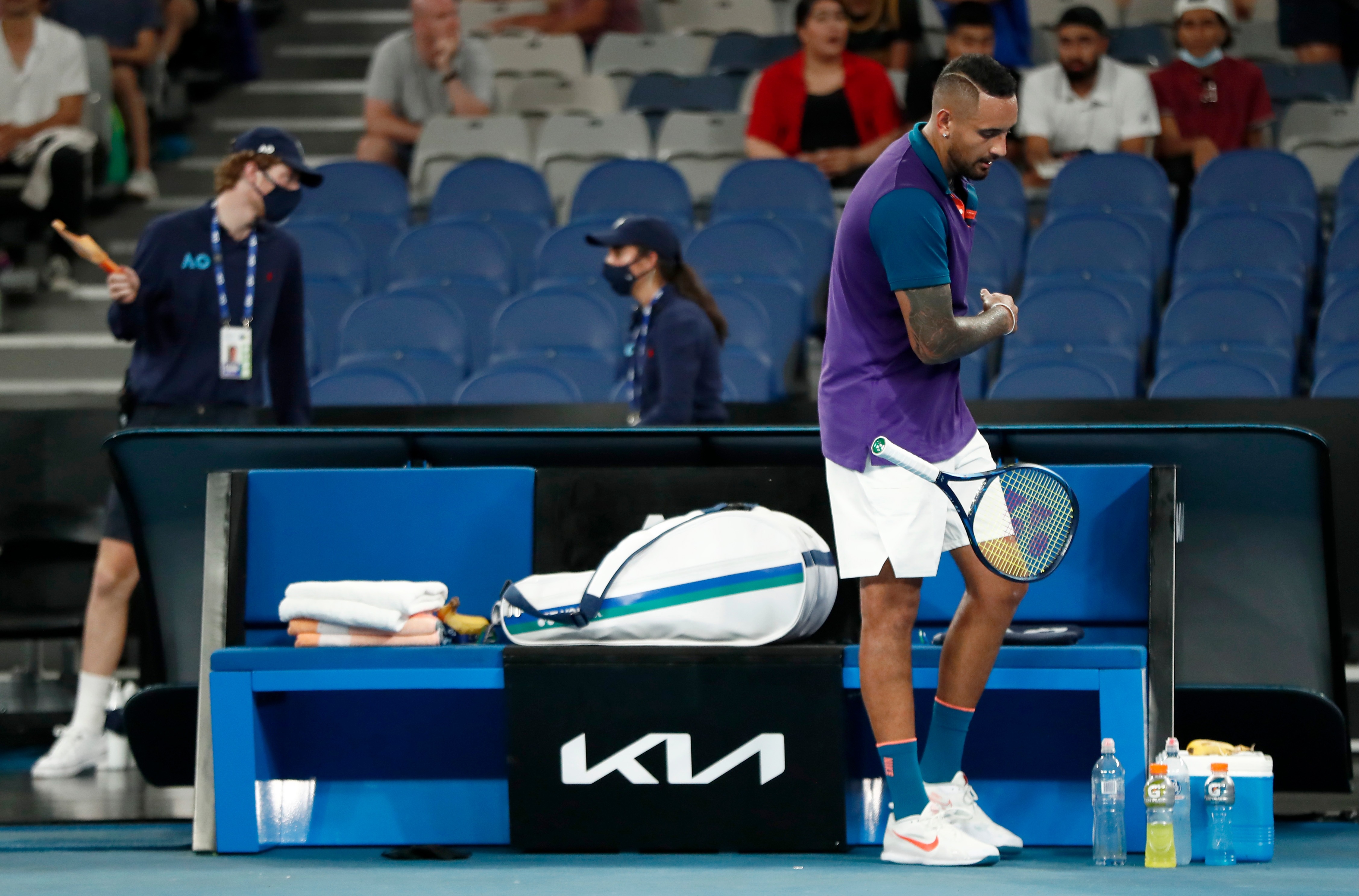 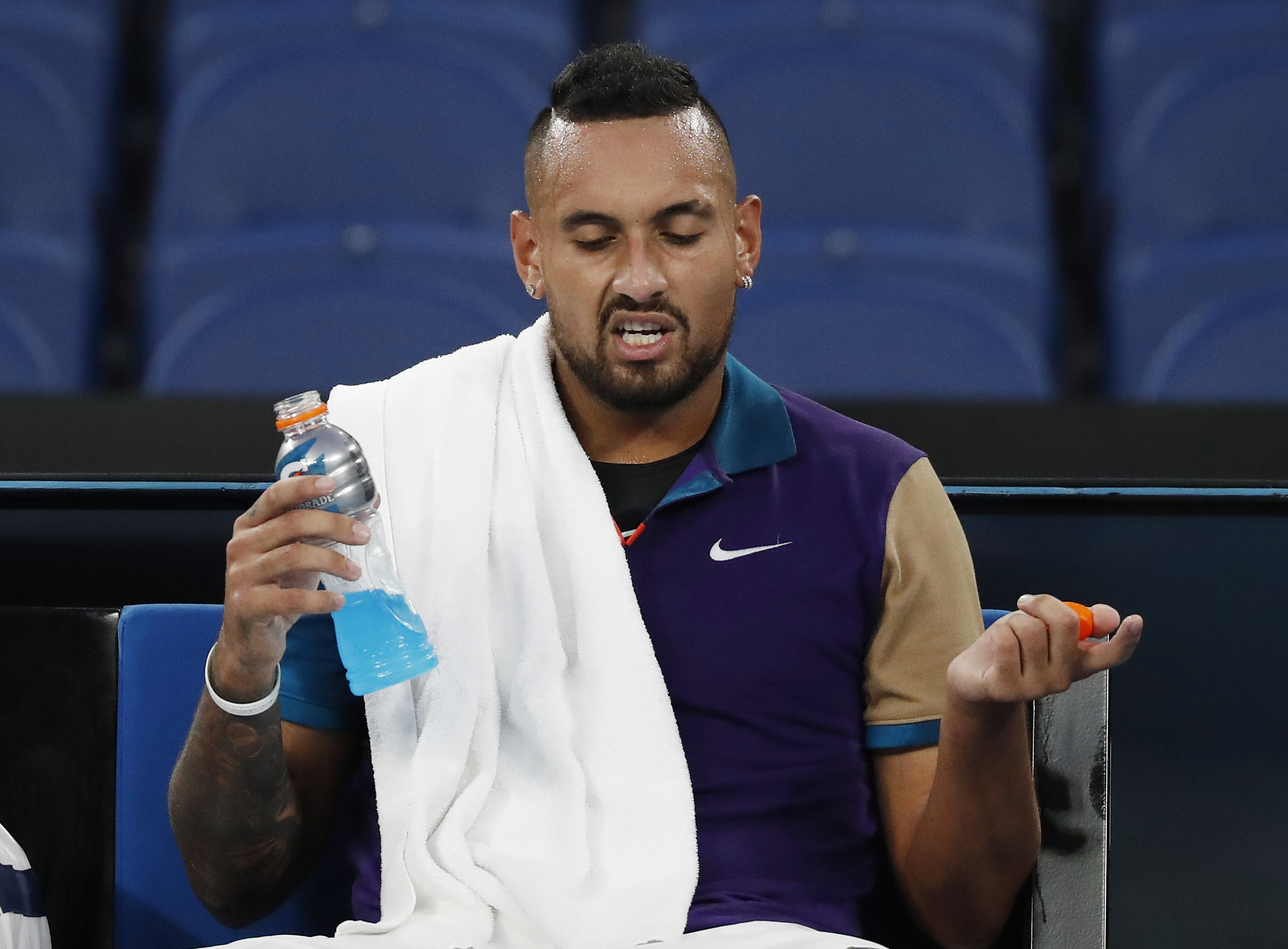 Kyrgios was on typically fiery form in MelbourneCredit: Reuters

Serbian umpire Veljovic has previously umpired finals at the Australian Open and Wimbledon having received her gold badge in 2015.

It was not the first time Kyrgios has shown his temper during the tournament.

During the first-round meeting with Frederico Ferreira Silva, he demanded a member of his entourage remove their girlfriend from his box.

Family fined £11,200 for house party with 24 relatives say ‘we know they didn’t have Covid’

This Morning: Holly Willoughby in stitches over ‘black cock’ blunder