EMMA RADUCANU is preparing an intensive off-season to recapture her New York mojo.

The reigning US Open champion crashed out of the Transylvania Open quarter-finals on Friday night in a horror show against Marta Kostyuk that contained seven double faults. 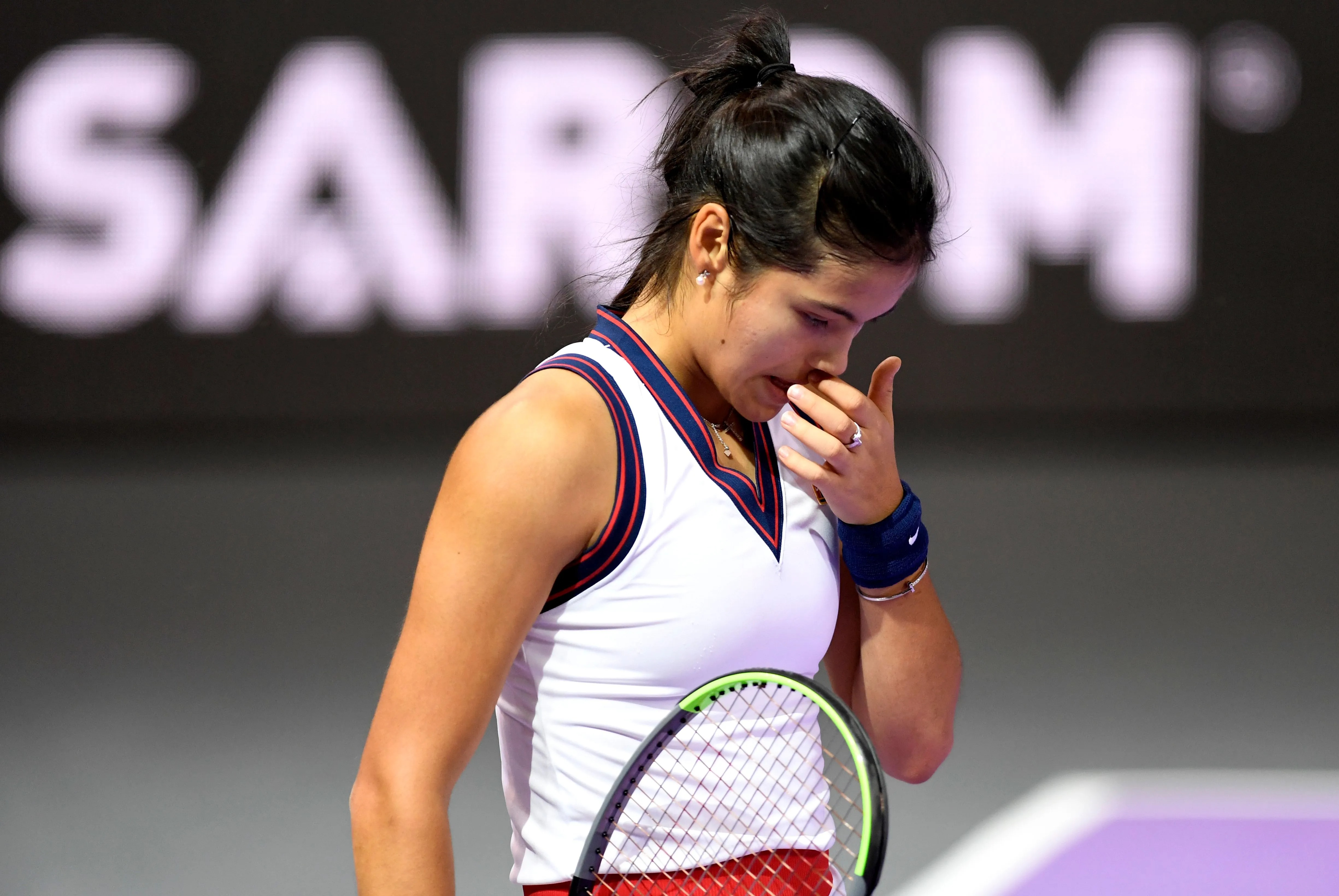 Emma Raducanu crashed out of the Transylvania Open quarter-finalsCredit: Rex

Raducanu, 18, will play the season-ending WTA Linz Open in Austria and then take a week off to reflect on what has been a truly madcap year.

Ahead of travelling Down Under for the Australian Open in January 2022, Raducanu knows she cannot afford any let-up in her physical training this winter.

Raducanu said: “I’m going to do a full off-season for sure.

“After Linz, I will probably have a week off just to reset and get mentally fresh and physically fresh for the tough pre-season.

“It’s going to be my first one. And from what I’ve heard it’s a very difficult four weeks physically. So I just want to prepare for that and the next year.

“But I’m fully focused on trying to end strong and getting matches under my belt. Because I need matches at the moment.

“I feel like I had a really good run of matches ending in New York and then after not playing for a while you lose that.

“So I just need to keep getting that under my belt.”

Raducanu will head to Australia in the New Year as one of the biggest names on the Tour but crucially as one of the seeds for the main draw – a massive advantage to any player at the Slams.

By the time she travels there she hopes to have a full-time coach in place in her corner.

The trial period for that vacancy remains ongoing back at the LTA’s London HQ but the latest update from Raducanu is that it is “going in a good direction”.

Raducanu said: “I’m really excited to go to Melbourne. I played the juniors there and it’s an incredible city but obviously the pros are different.

“I’m going to have to find my way around again and ask for directions but I’m excited to go.”

Dancing On Ice 2022: Hamish Gaman axed to ‘freshen up line-up’