EMMA RADUCANU reckons her stunning US Open triumph was fuelled by a cast-iron inner belief to get the job done.

The Brit sensation has been hailed by coach Andrew Richardson for having ‘incredible mental strength’.

Emma Raducanu says her US Open triumph is down to her mental strengthCredit: Rex 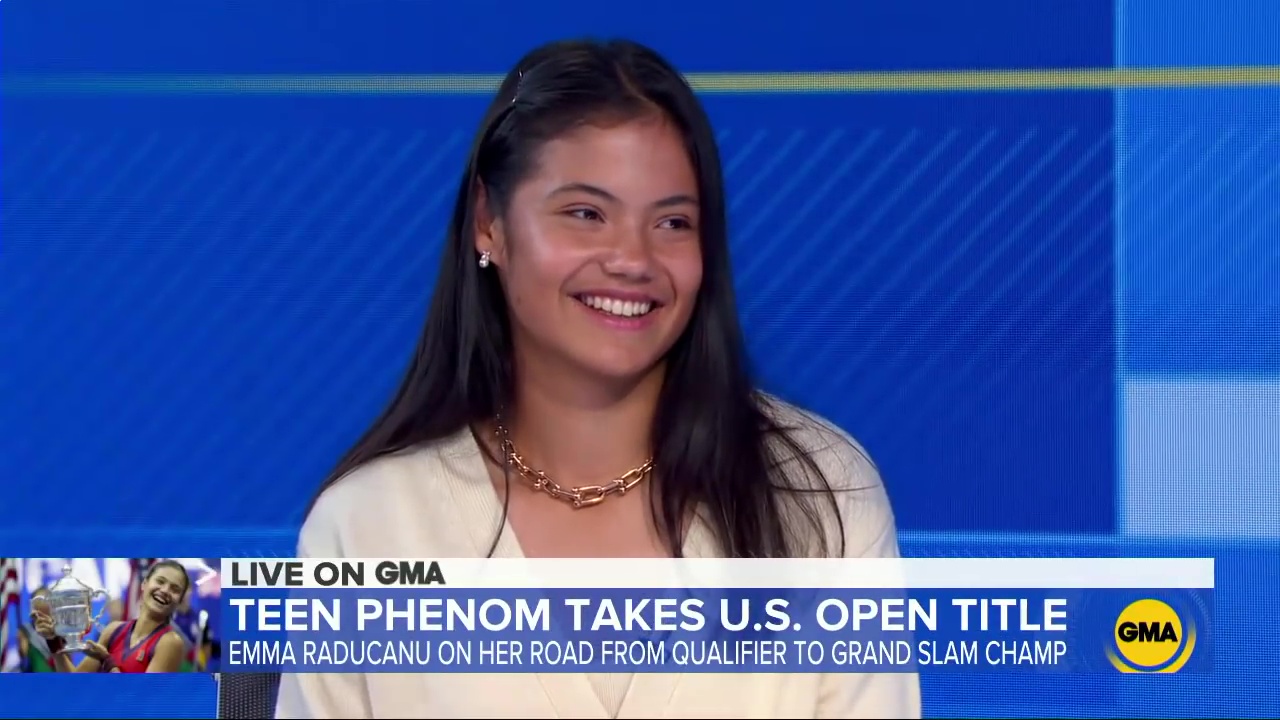 The star has been doing the rounds on US morning TVCredit: YouTube / Good Morning America

And as the teenage sensation did the rounds on the morning TV shows here yesterday, she revealed her amazing success really is all in the mind.

Top players all have the skills to compete with the very best.

But it’s the ability to stay strong mentally which sets the champions apart from the rest.

When asked what Raducanu would say to the wannabe superstars of tomorrow she said: “I would say it’s just inner belief and just taking care of each day as best as possible because 10 matches ago when I was playing my first round qualifying I didn’t think I would be in the US Open final or winning it.

“So if you just do the best you can every single day time flies and you can really achieve anything with inner belief.

“From a young age I have always been brought up to have mental strength. My parents played a huge part in my upbringing.

“They were pretty tough on me when I was young but they have kind of shaped the way and I think now it’s helping on the biggest stages in the world, on Arthur Ashe Stadium when you really need it.

“It was full capacity so it was very, very cool.”

Raducanu is set to return home this week and will take some time to soak up the adulation and reflect on her incredible charge in the Big Apple before going back to battle once again.

The next big tournament in Indian Wells – dubbed the fifth slam – is at the start of October and should be her first appearance since the miracle of Flushing Meadows.

Raducanu, who arrived at the US Open as the world no150, is now the new world No 23 and will fancy her chances of reaching the season ending WTA finals in November in Mexico.

Former coach Mark Petchey, who has also worked with Andy Murray, said: “From the first day that I met her at the National Tennis Centre, she does have something a little bit special.

“I think she reads a tennis ball. I can’t really explain it in a scientific way, when I’ve worked with Andy for a year as well and obviously watching Andy from 16, he also had this ability to be able to pick up a tennis ball

“In a sport that is played in fractions of seconds, obviously, that allows you to do very special things and Emma has that.

“I think everything could be improved; I think her service is still a work in progress. I think her net game is going to get even better as you get a greater understanding of where to be.

“I think her room for improvement is not just incremental gains, I think they are substantial and I honestly think she is going to rule the world.”