EMMA RADUCANU is ‘“hungry” get better after her US Open triumph.

The 18-year-old made history when she became the first British woman to win a Grand Slam singles title in 44 years after beating Canada’s Leylah Fernandez 6-4  6-3 in Saturday’s final. 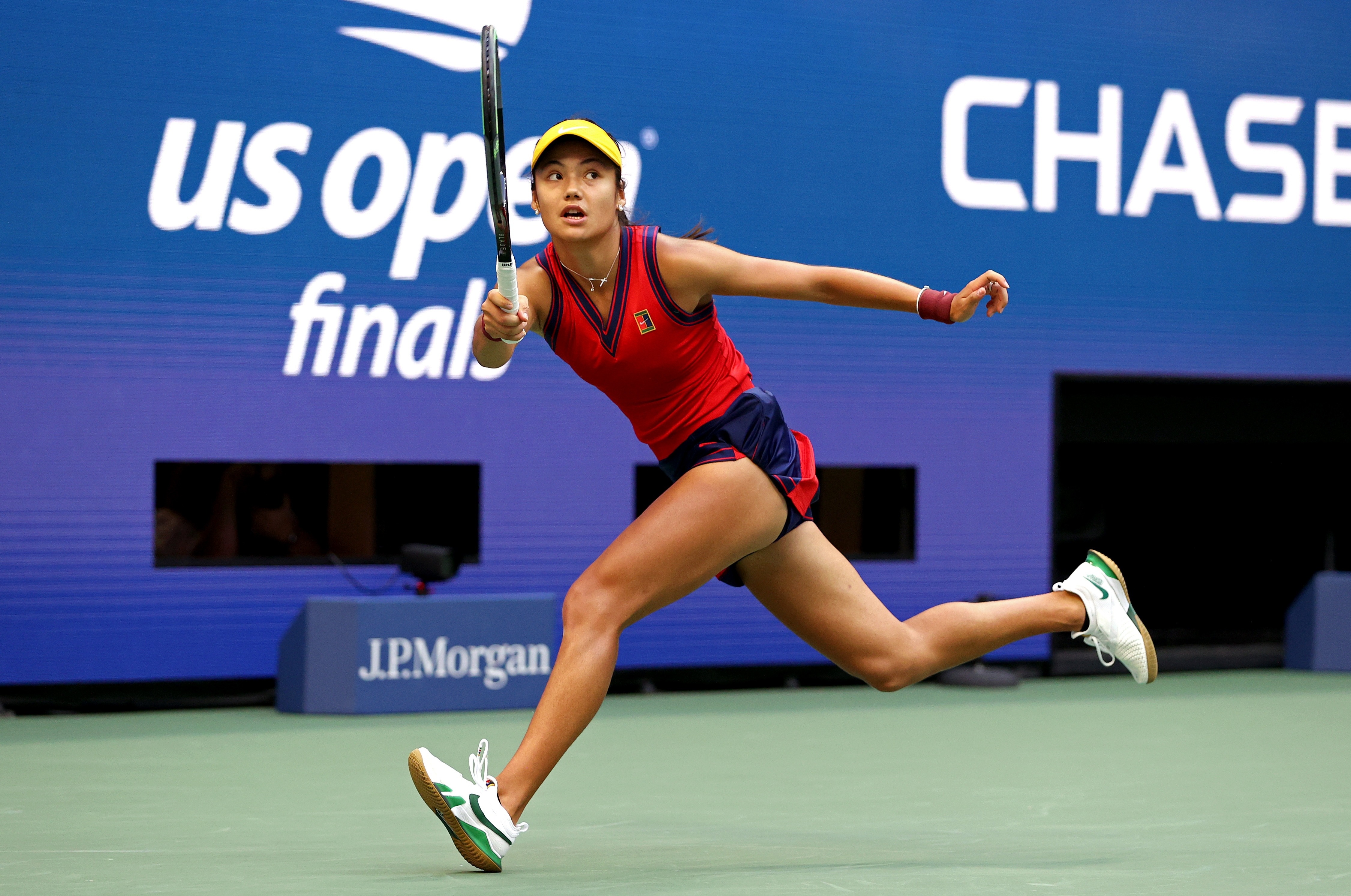 She became the first qualifier in history to win a Grand SlamCredit: Getty

Raducanu also became the first qualifier in tennis to win a major title and she did it in style after going the whole tournament without dropping a single set.

And speaking to CNBC’s Closing Bell the Kent-based star said: “I have a few days’ rest and recovery – I think needed after the last seven weeks.

“But then I am straight back to training and hungry to get better and come back out and play some more tournaments.”

Raducanu celebrated her victory by going sightseeing around New York, appearing on US talk shows and attending the Big Apple’s glitzy Met Gala on Monday night.

But she revealed she will be getting back on the court next week.

The teen told WTA Insider: “After the US Open I wanted to give myself this week to completely switch off from tennis because it’s been an extremely intense but rewarding seven weeks.

“I know I’ll get back to work probably Monday or early next week to get back to training again. Schedule-wise, I’m not sure. Maybe Indian Wells, I don’t know.

“I’m going back to London before my next tournament for sure.”

Raducanu’s sensational victory has seen her life change before her eyes after as in addition to the trophy she picked up a staggering£1.8million cheque.

She has received messages of congratulations from the Queen, Prince William and PM Boris Johnson.

But seven-time Grand Slam champion John McEnroe is standing by his comments he made about the teenager when she retired from her fourth-round match at Wimbledon due to breathing difficulties. 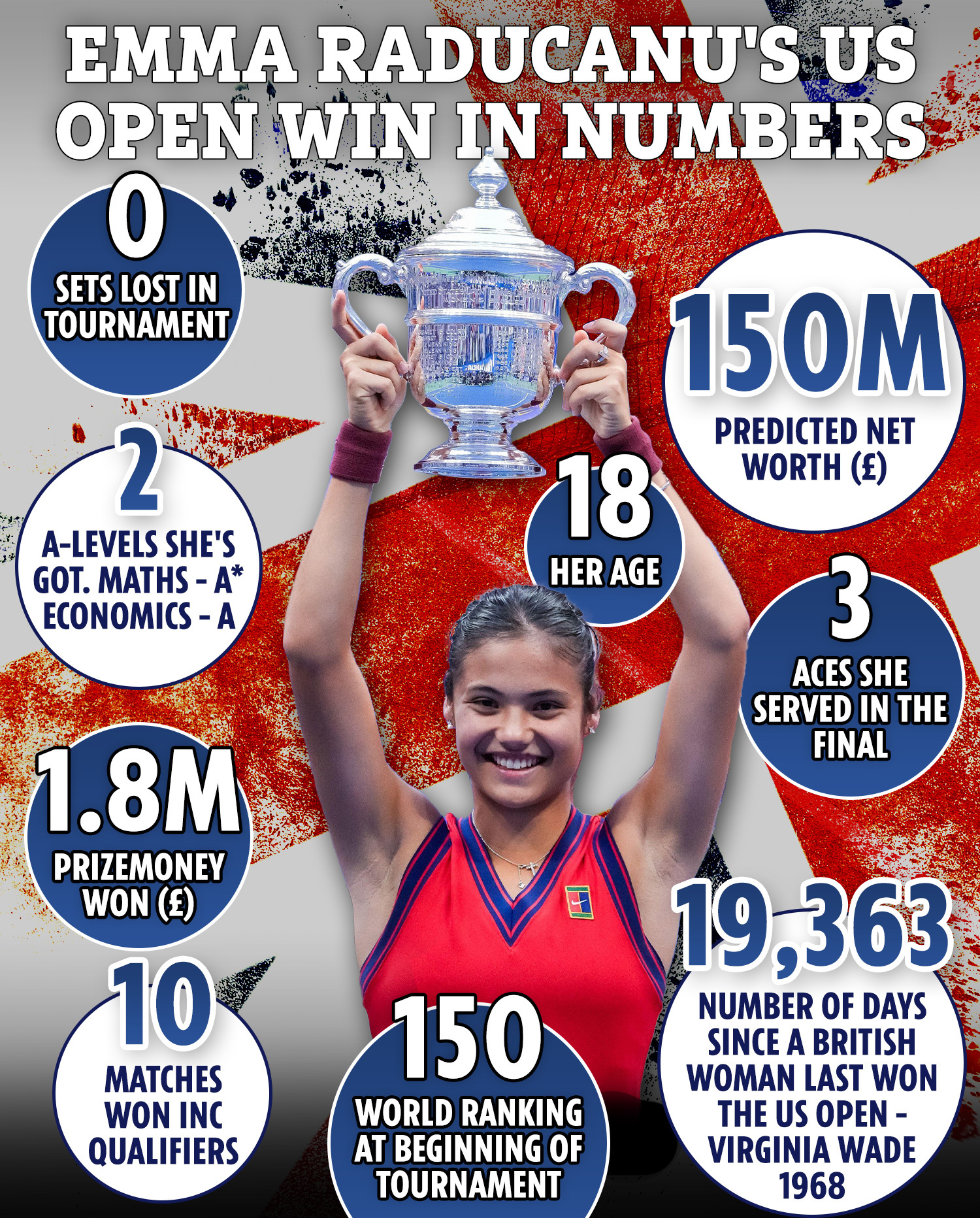 McEnroe was criticised at the time as he described the occasion as being “a little bit too much for her.”

He told CNN: “I tried to relate it in a small way to my experience when I first went to Wimbledon, also at 18, and managed to qualify, like Emma did, and get through to the semis,

“She did better than I did – I played Jimmy Connors, I hadn’t been on Centre Court and I remember my legs shaking, feeling totally overwhelmed by the experience and almost happy that I didn’t win.” 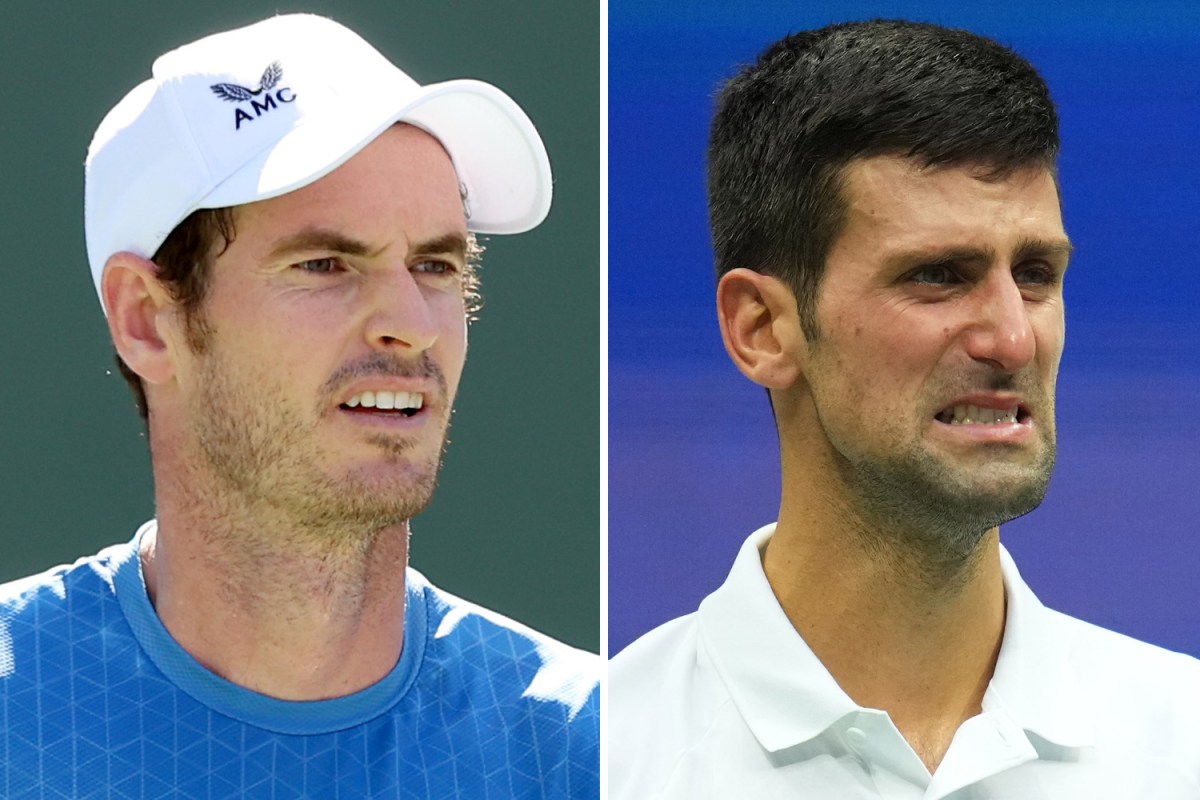