EMMA RADUCANU tucked into a sushi feast after her US Open triumph — and belted out Sweet Caroline one more time.

The tennis sensation, 18, partied into the early hours with her team and former British No 1 Tim Henman at a private hotel suite in Manhattan.

New British superstar Emma Raducanu stuck to soft drinks but still had a late-nighter as she partied with her teamCredit: Getty 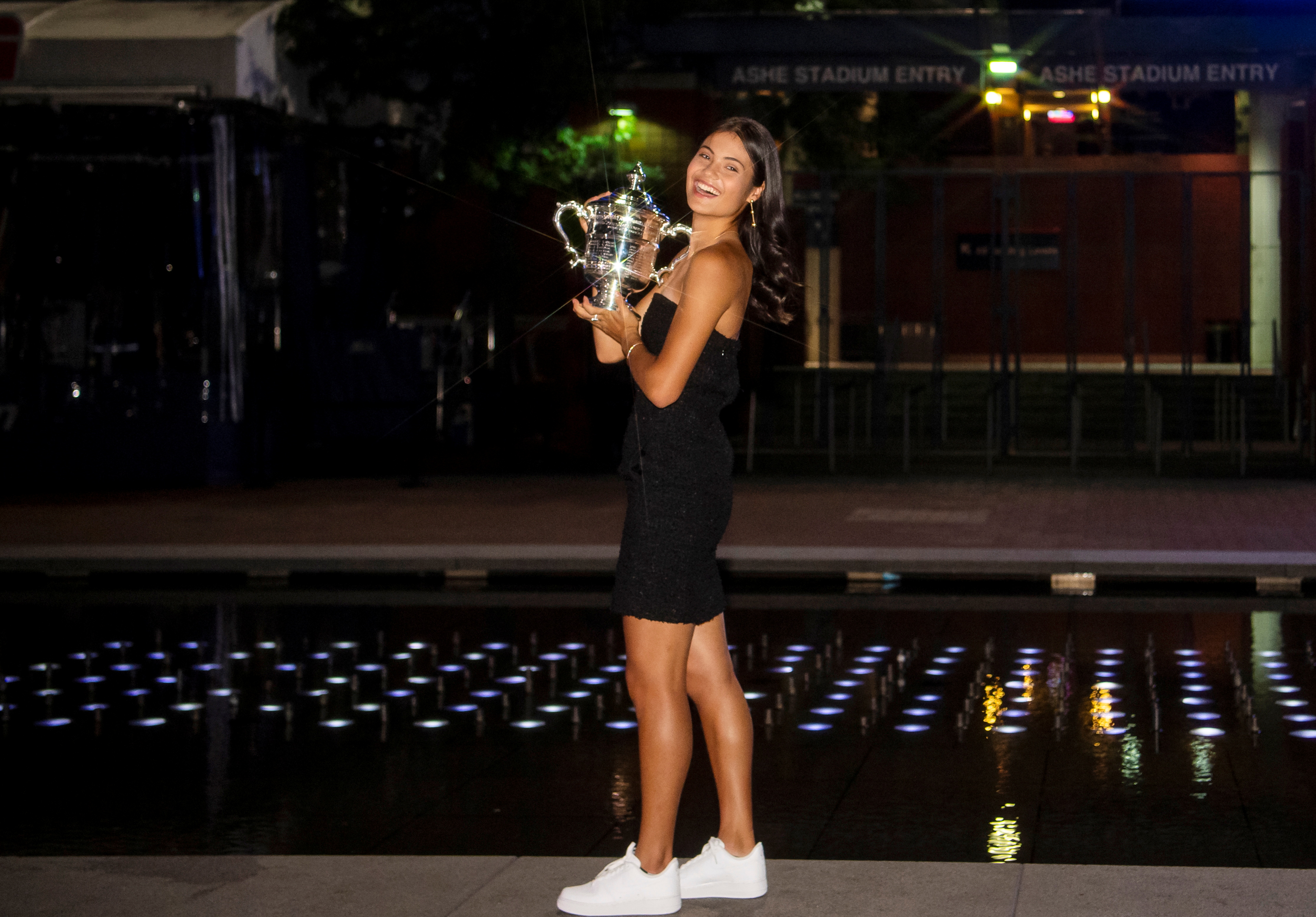 Canadian-born Emma Raducanu was stunned to hear she has surged from 150 to 23rd in the world rankings due to US Open gloryCredit: Reuters

Henman, 47, revealed: “After Emma had done her media commitments and photos we got a minibus to the city.

“Someone put on Sweet Caroline — and I’ve got this great video on my phone of everyone singing along to it.

“It was a very special night and a real privilege to be invited to be there.

“We talked about everything that has happened in the past few weeks. I don’t think I left until 4.45am!”

Britain’s first female Grand Slam winner since 1977 has shot from 150th to 23rd in the world rankings since becoming the first qualifier to ever win the Flushing Meadows major.

And her reaction to finding out her new position was priceless – just as she was filming a post-match interview on Amazon Prime.

“Never did I think that when I came here to New York that I would walk away with the title.

“We were joking about making it a three week stay here, but it actually happened and I think the key to that has been focusing on one point at a time.

“I haven’t gotten ahead of myself in any moment in any of the matches and that’s something I’m extremely proud of.

“To think that a little girl or a little boy will pick up a tennis racket because of watching one of my matches or watching that match we just played, it’s pretty incredible.

“I just want to do my best and set the best example I can.”

“I had no idea that’s what my ranking went to. Two months ago, three months ago I was in an exam hall.

“I just really want to enjoy the moment and cherish every single second of this day, because it’s the best day ever.”