Djokovic partied on the streets as he became the sold-holder for the most weeks as men’s world No1. 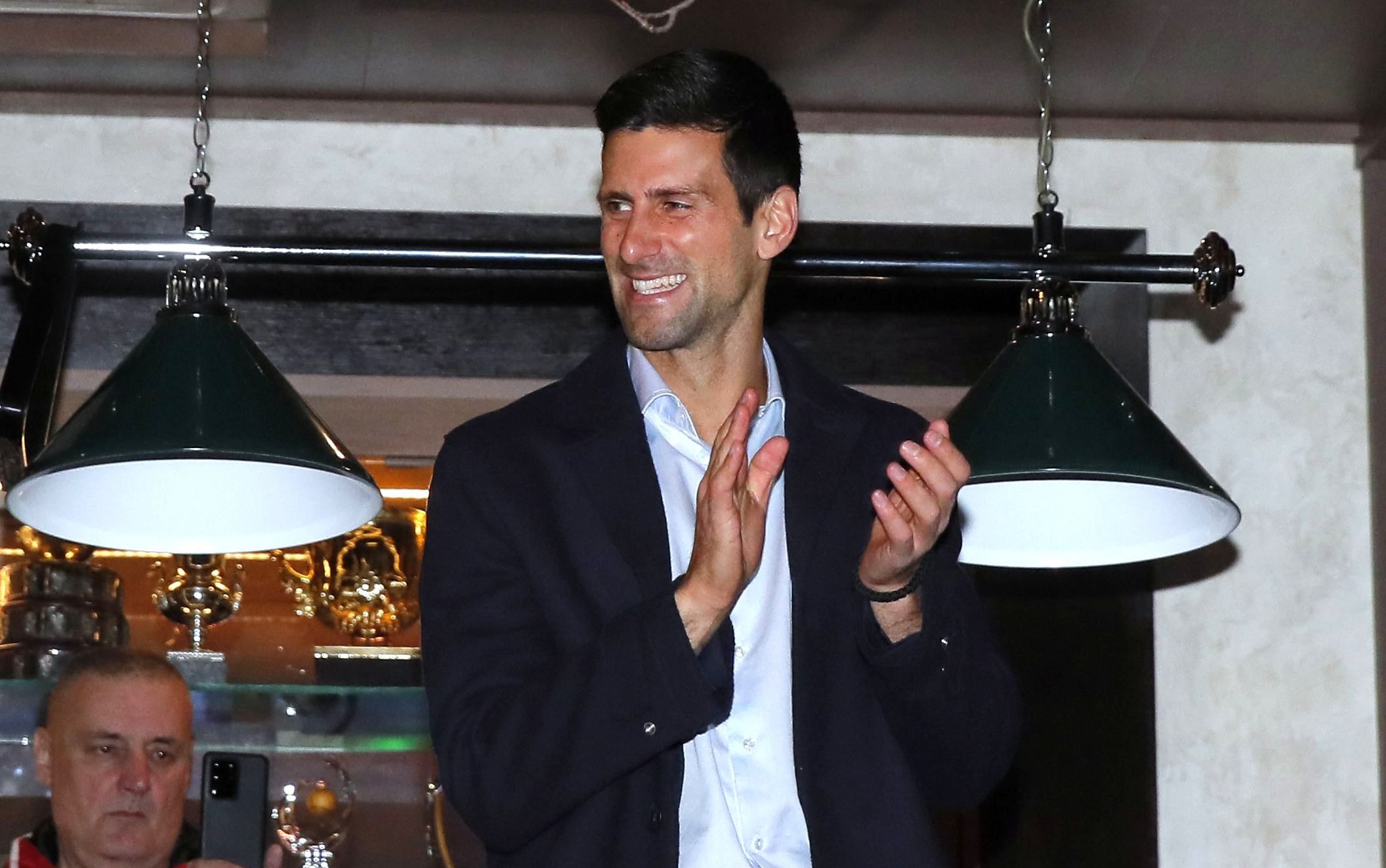 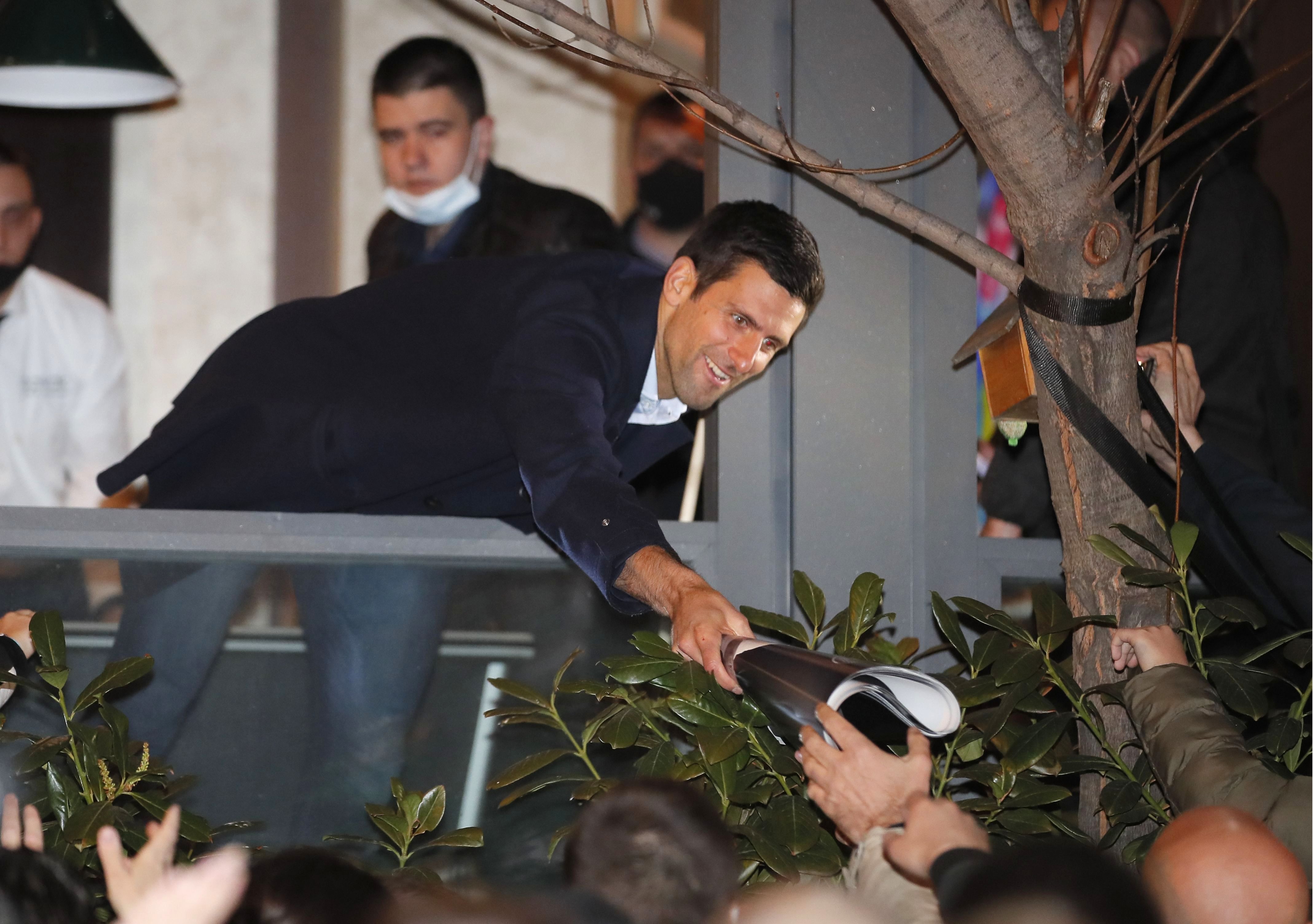 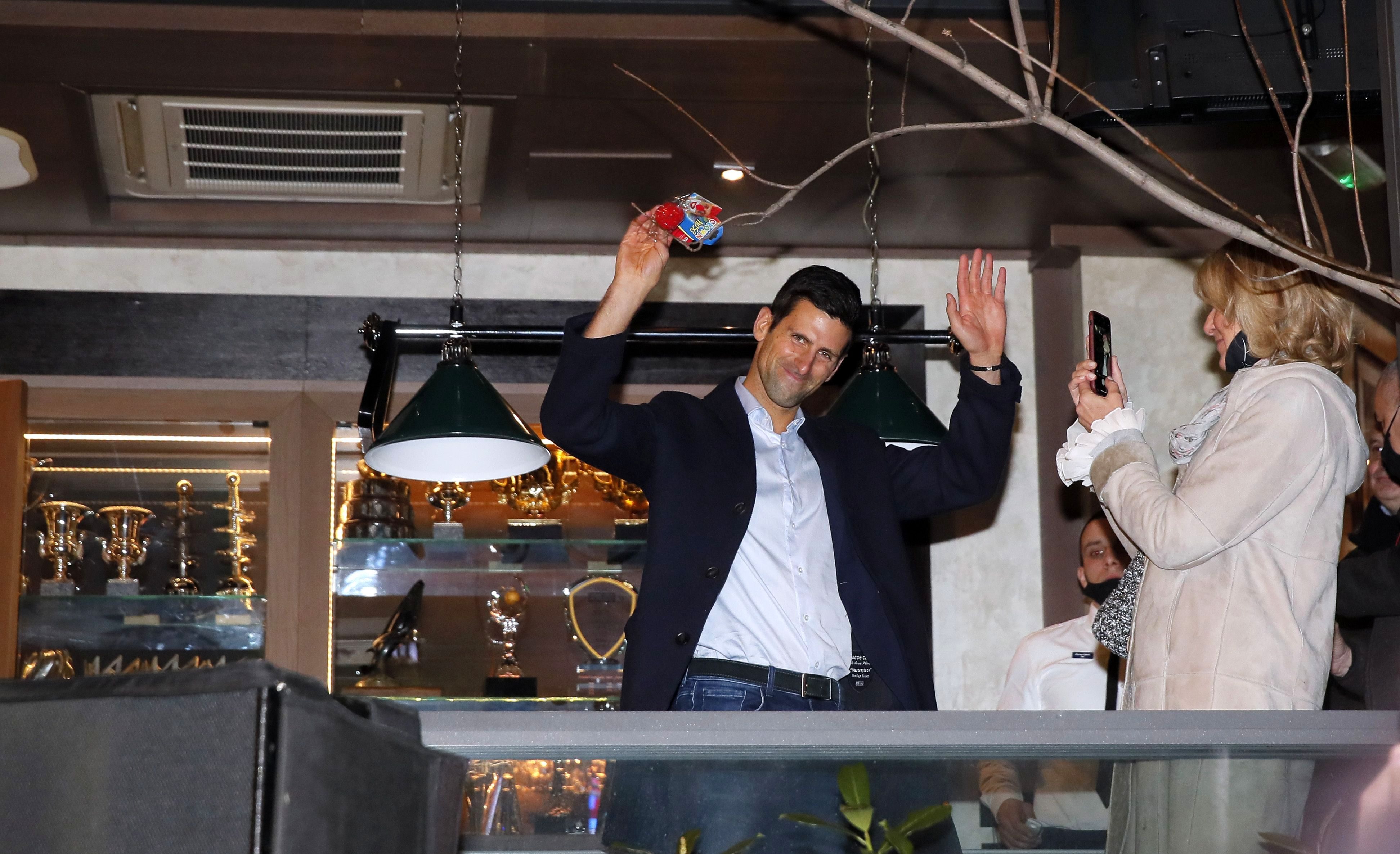 The Serb became the sold-holder for the most weeks as men’s world No 1Credit: Rex Features

The Serb, 33, has been top of the ATP men’s singles rankings for a combined 311 weeks in five different stints, surpassing previous holder Federer.

To celebrate, hundreds of fans lined the streets of the Serbian capital as supporters chanted ‘Nole, Nole’ – Djokovic’s nickanme.

But they did so without any social distancing taking place despite the coronavirus pandemic.

Covid-19 infections are increasing in Serbia with 3,828 new infections reported on average each day – 53 per cent of the peak which is the highest daily average reported on December 4, according to Reuters.

The country was in a ‘circuit-breaker’ lockdown over the weekend as a result of the latest figures.

And there is still rules in place on social distancing, with indoor and outdoor gatherings limited to five people.

Despite that, Djokovic and his family watched on as fireworks took place in front of a mass crowd at their restaurant in Belgrade. 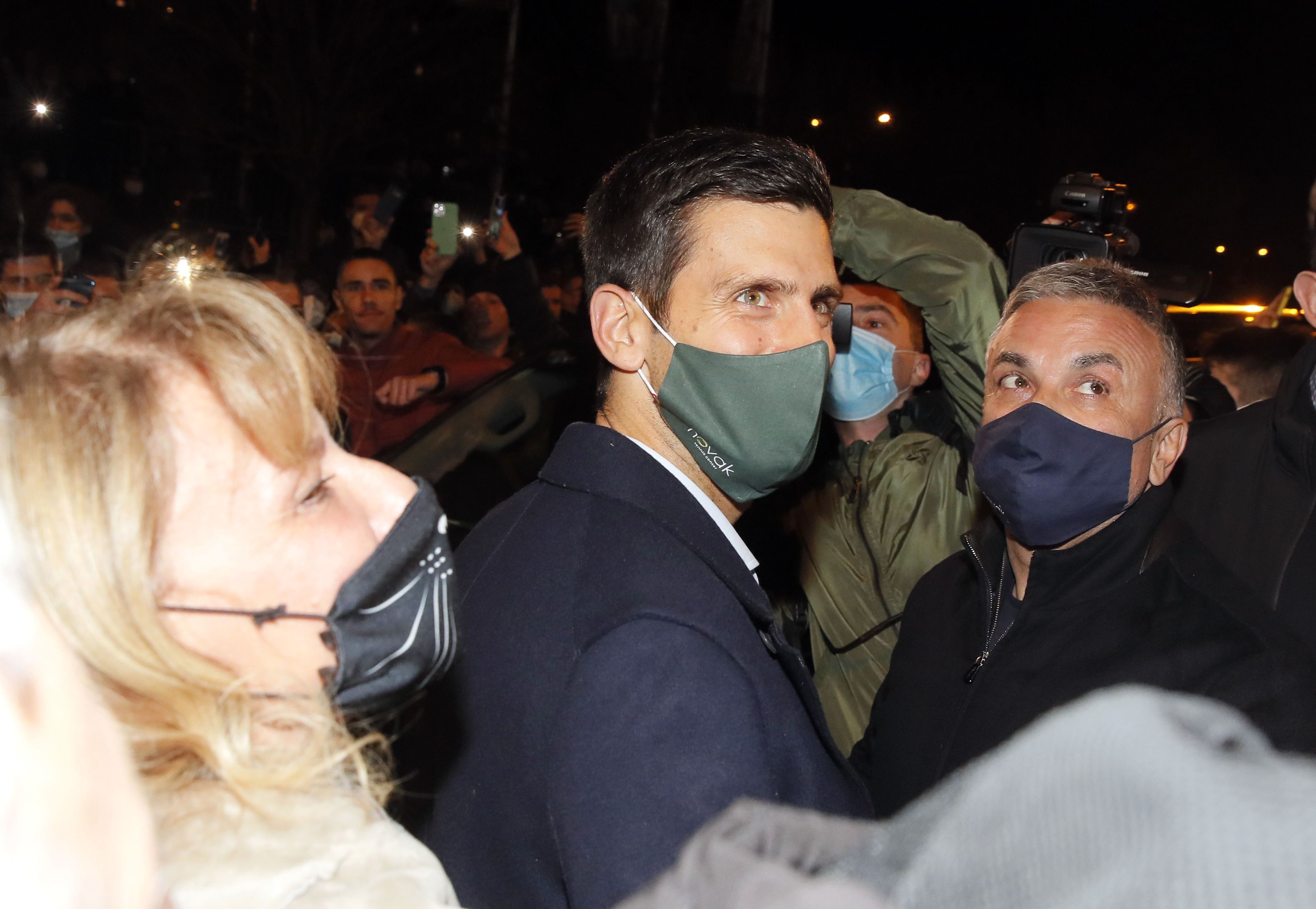 Tennis legend has been top of the ATP men’s singles rankings for a combined 311 weeksCredit: Rex Features 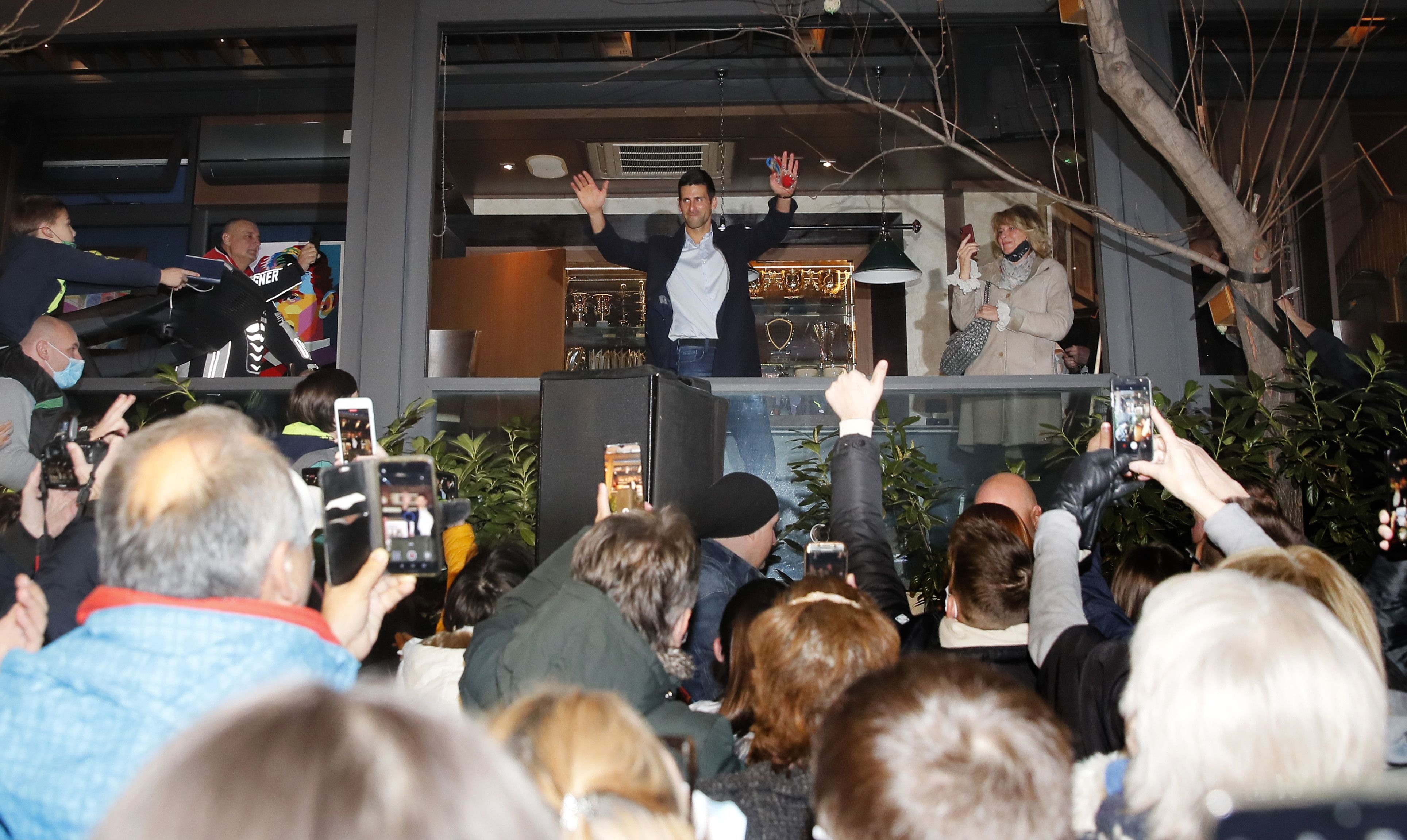 Novak Djokovic watched on as fireworks took place in front of a mass crowd at his restaurant in BelgradeCredit: Rex Features

Addressing the crowd, the tennis star said: “Today is a special day for myself, my family as well as Serbia.

“Thank you for the success which is not only mine but of the whole nation.”

This is the latest in a string of high-profile incidents involving anti-vaxxer Djokovic during the global crisis.

He last year held the controversial exhibition Adria Tour, which took place without social distancing in Belgrade and Zadar, Croatia.

Videos later surfaced of Djokovic and other players partying in a nightclub, with their tops off.

After the farcical tour, where the sportsman, his wife and three others tested positive for the virus, he issued an apology. 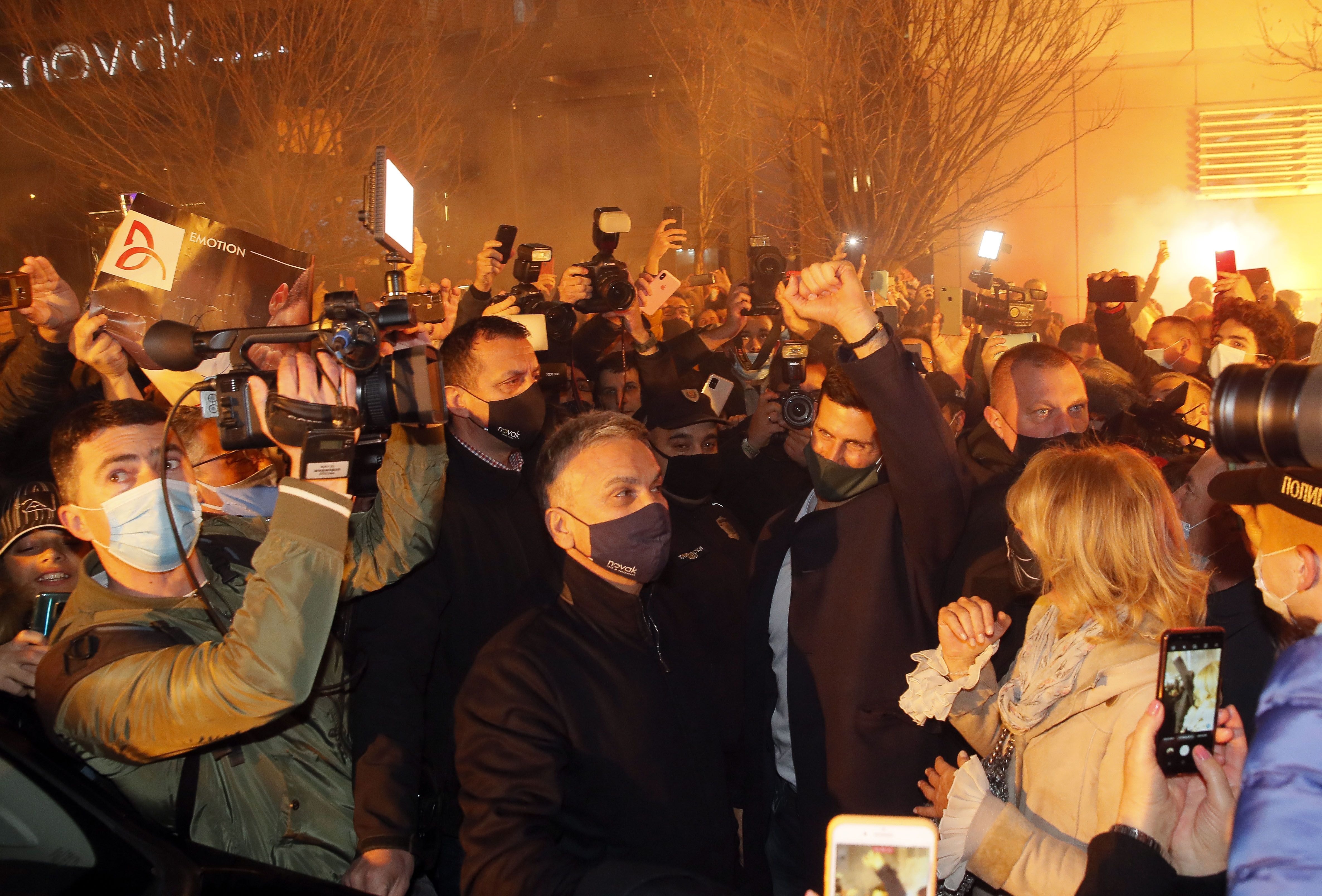 Novak Djokovic with a crowd of supporters not social distancingCredit: Rex Features 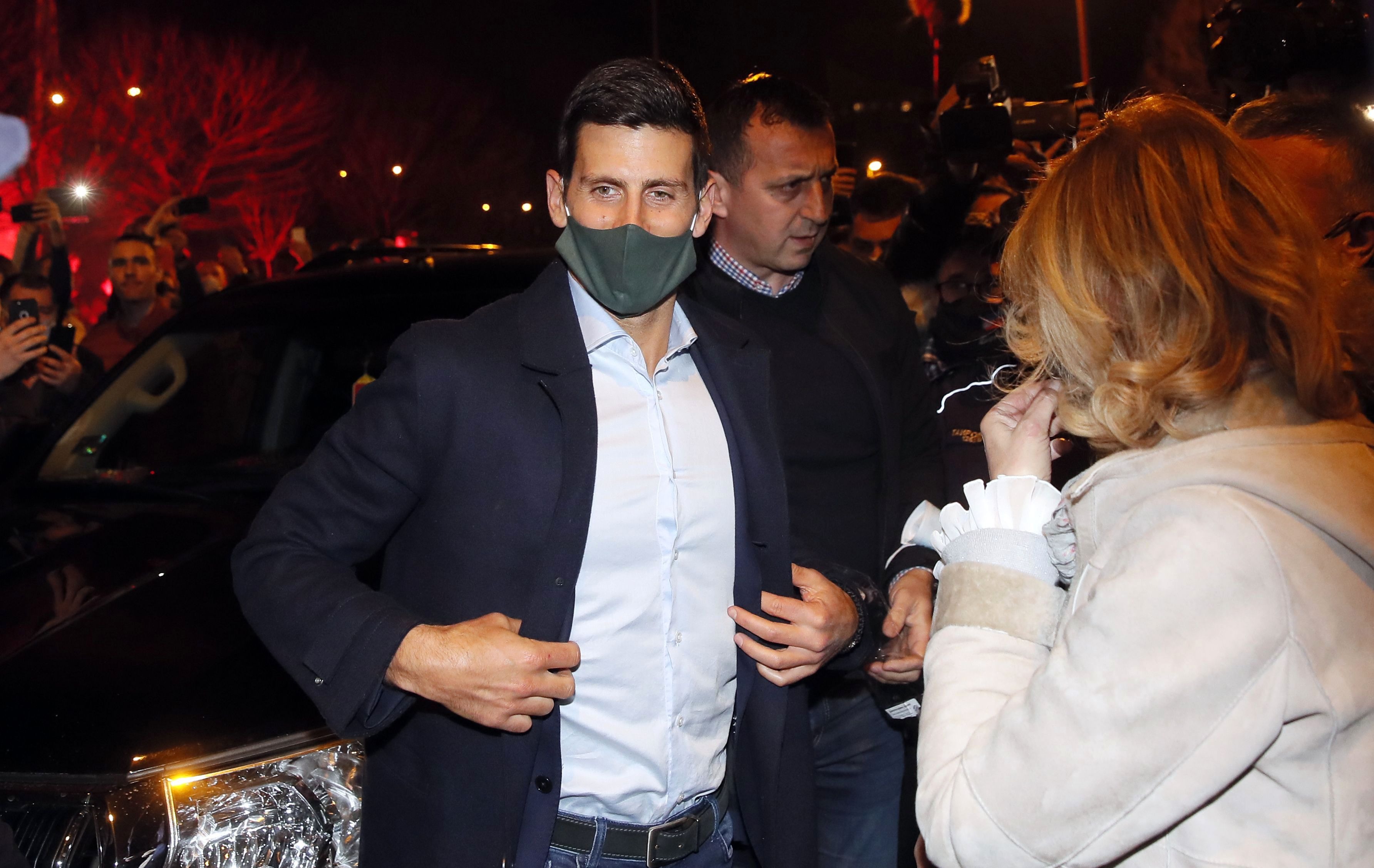 This is the latest in a string of high-profile incidents involving the anti-vaxxerCredit: Rex Features 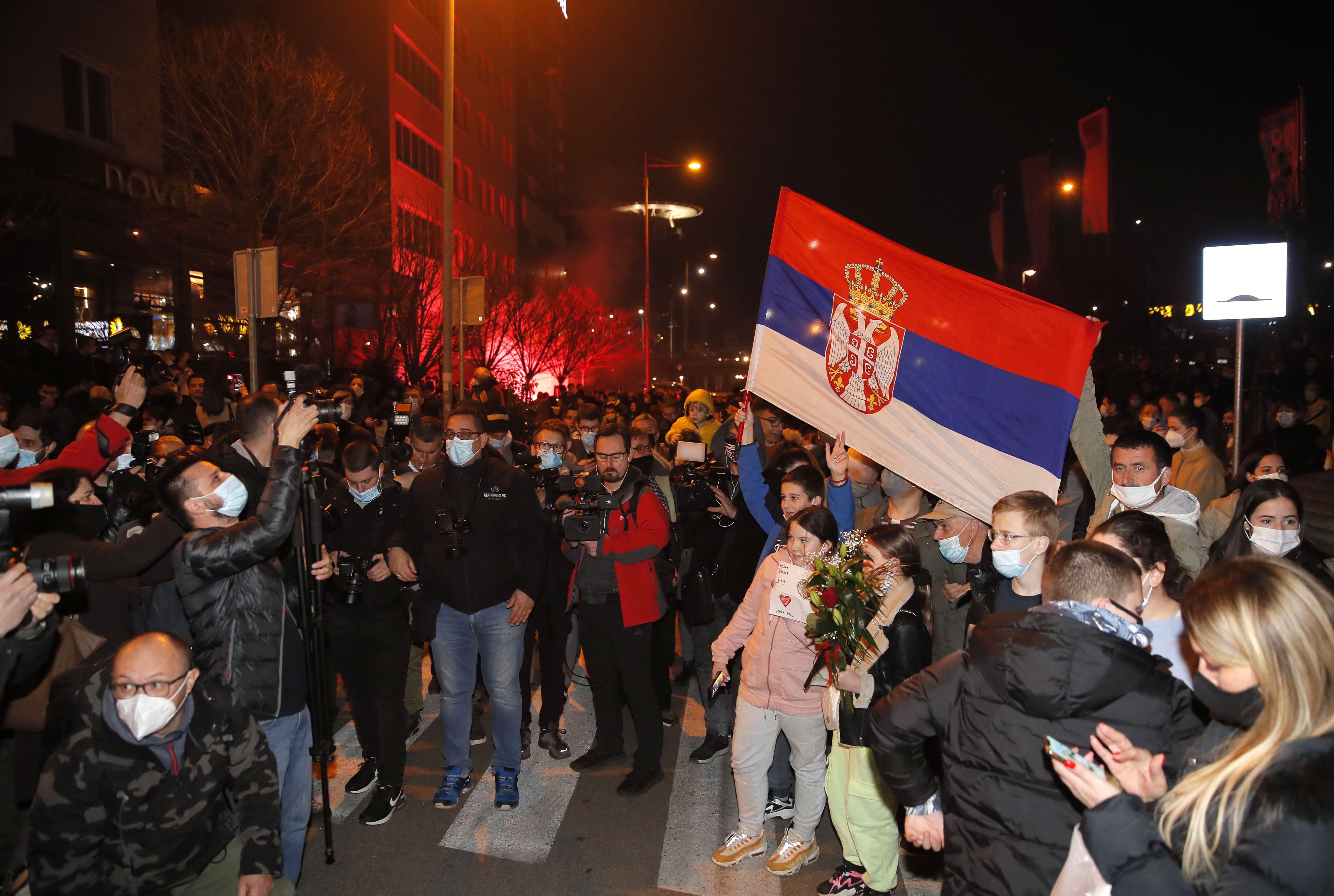 Djokovic said: “I am so deeply sorry our tournament has caused harm.

“Everything the organisers and I did the past month, we did with a pure heart and sincere intentions.

“We believed that the tournament met all health protocols and the health of our region seemed in good condition to finally unite people for philanthropic reasons.

“We were wrong and it was too soon. I can’t express how sorry I am for this and every case of infection.”

Djokovic was criticised by Brit Andy Murray and Nick Kyrgios for the shambolic decision making. 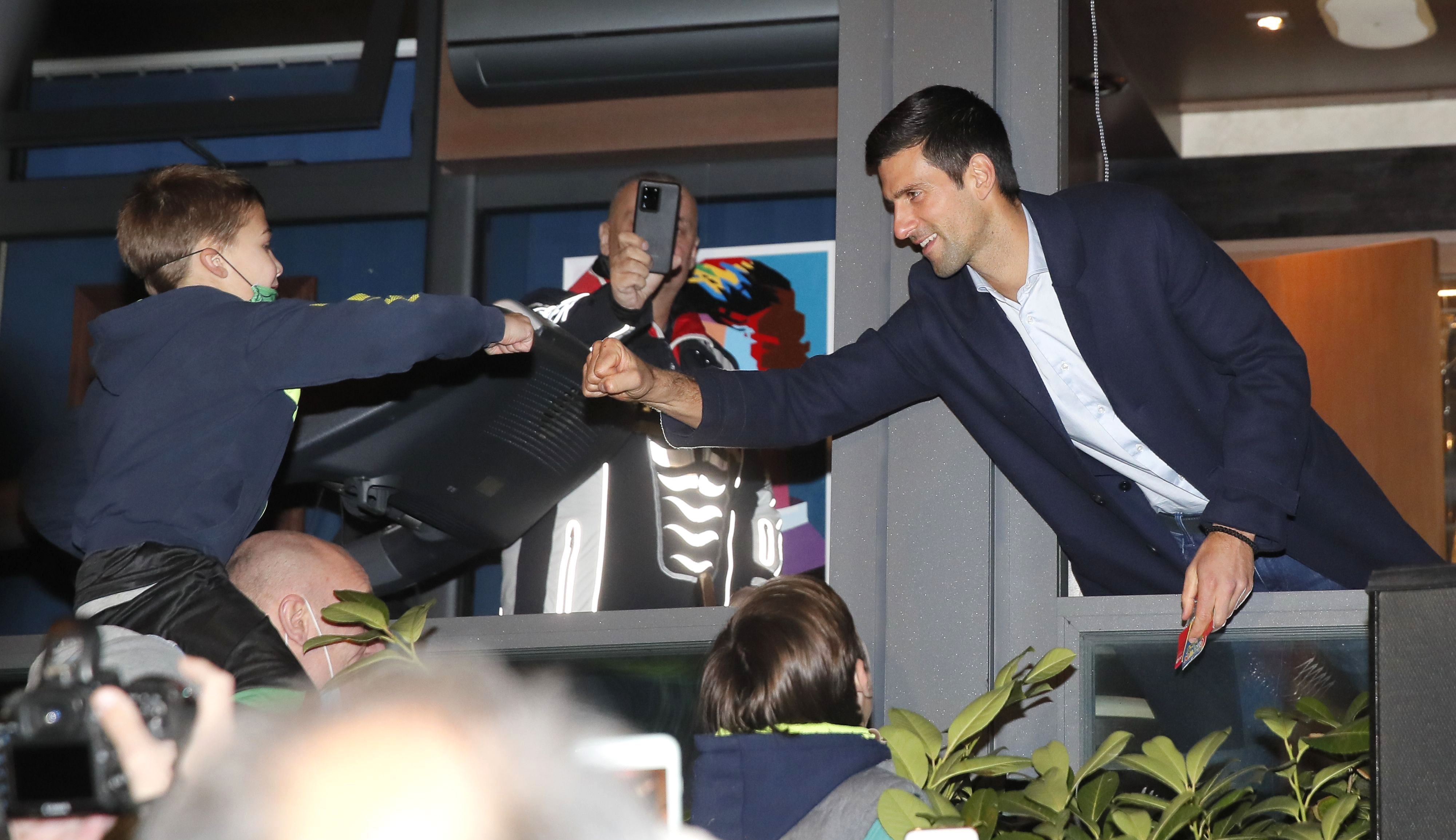 Serbia was in a ‘circuit-breaker’ lockdown over the weekendCredit: Rex Features 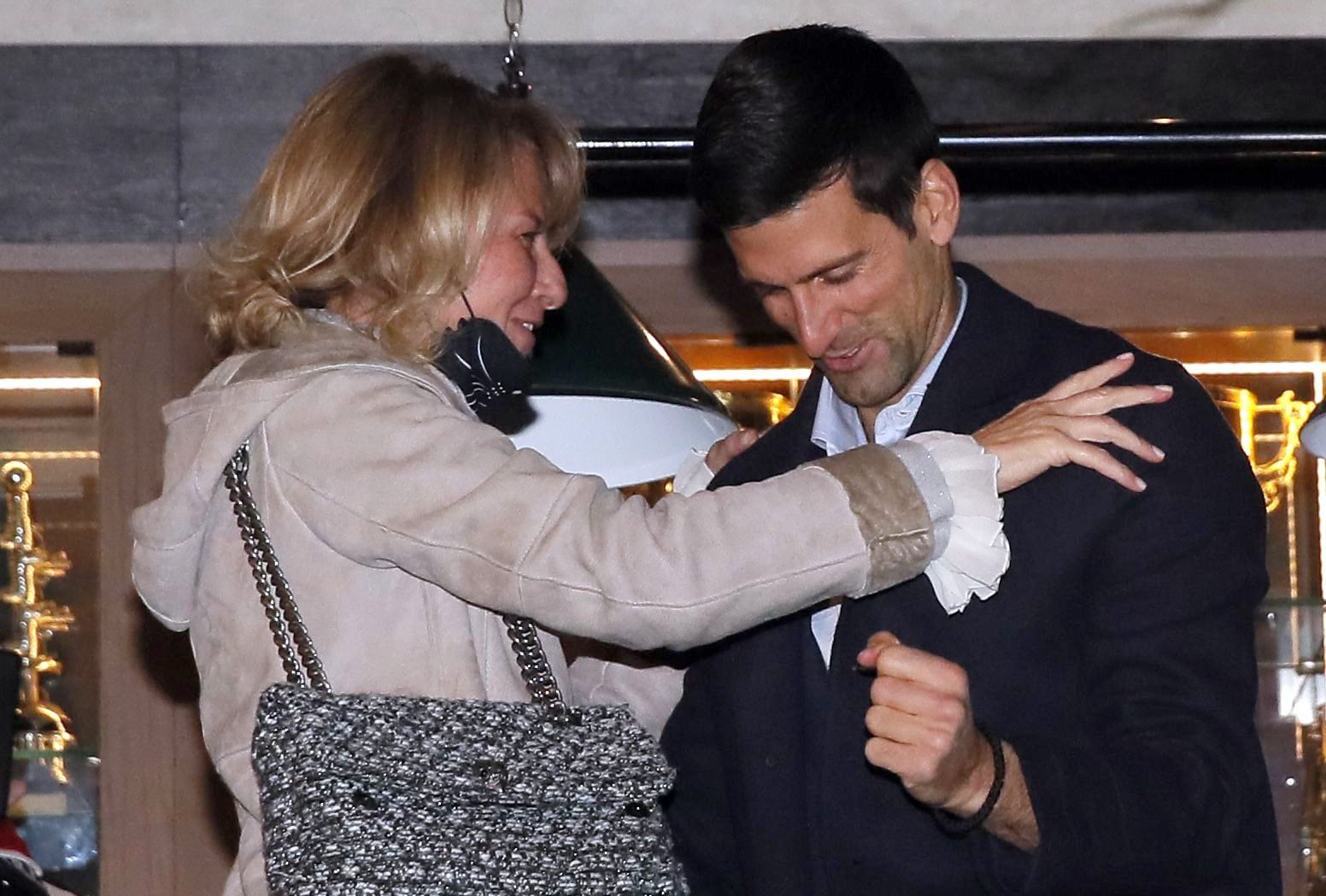 There is still rules in place on social distancing in SerbiaCredit: Rex Features

Two months prior in April, Djokovic also revealed on Facebook Live that he is against having vaccinations.

He said: “Personally I am opposed to vaccination and I wouldn’t want to be forced by someone to take a vaccine in order to be able to travel.

“But if it becomes compulsory, what will happen? I will have to make a decision.

“I have my own thoughts about the matter and whether those thoughts will change at some point, I don’t know.

“Hypothetically, if the season was to resume in July, August or September, though unlikely, I understand that a vaccine will become a requirement straight after we are out of strict quarantine and there is no vaccine yet.”

In February, after Djokovic won the Australian Open in Melbourne, his fans were labelled a disgrace’ after booing at the mention of a ‘Covid vaccine’ during the trophy presentation.

Djokovic is set to be in action next at the Miami Masters on March 22, while Federer returns after 14 months out this week in Qatar. 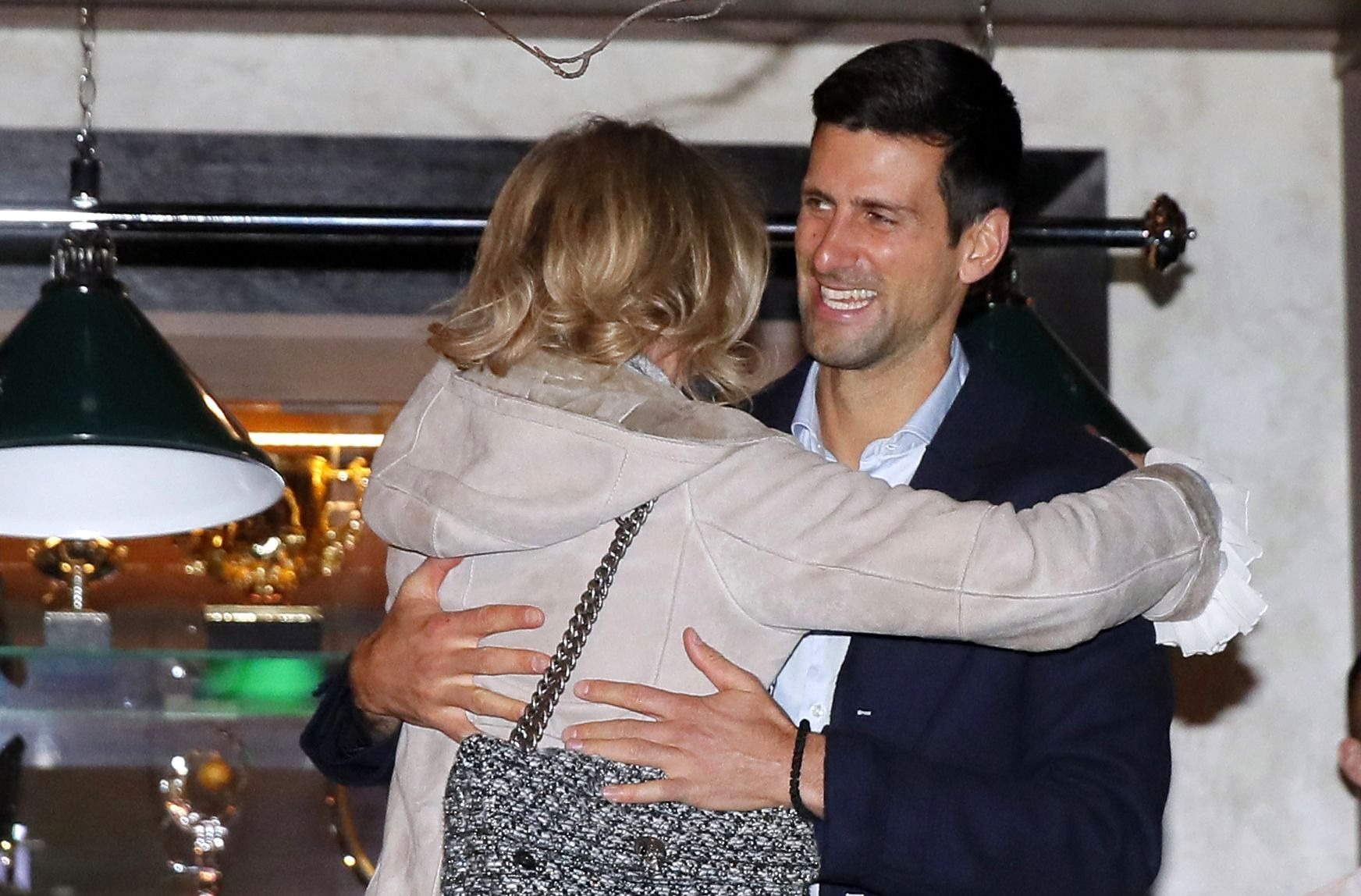 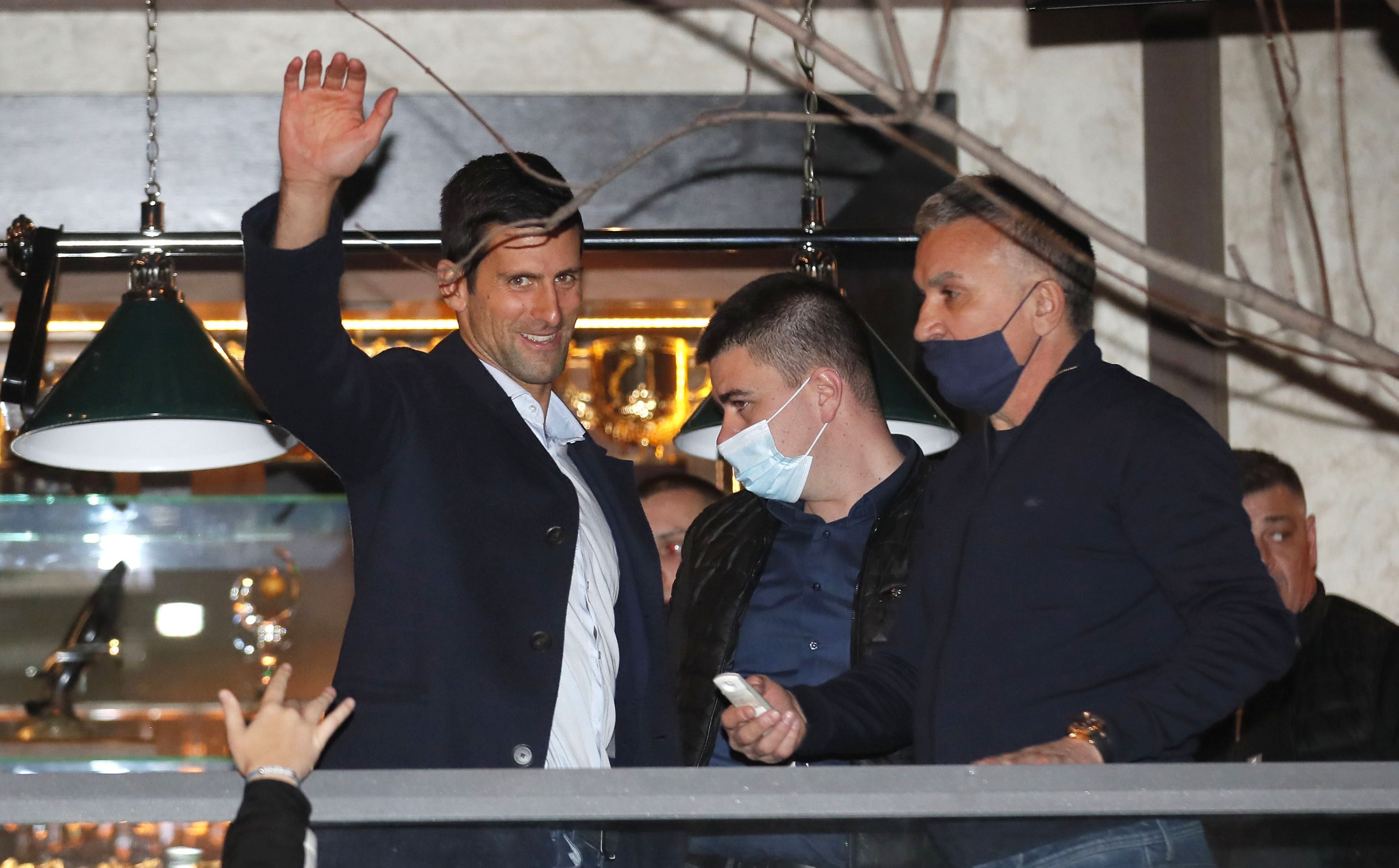 Novak Djokovic is set to be in action next at the Miami Masters on March 22Credit: Rex Features