JACK DRAPER was forced to pull out of his ATP Tour debut on Thursday after collapsing at the Miami Open.

High humidity and sunny conditions around 30°C made for a physically demanding contest with Kazakhstan’s Mikhail Kukushkin. 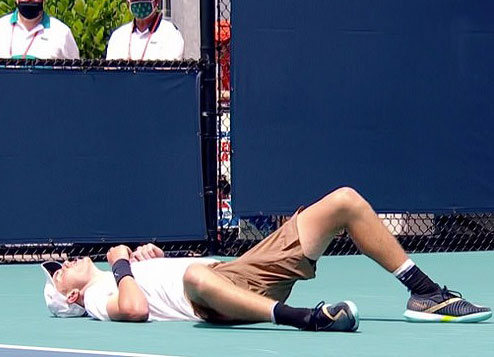 Jack Draper was left flat out on the court during the first set tie-breakCredit: Amazon Prime 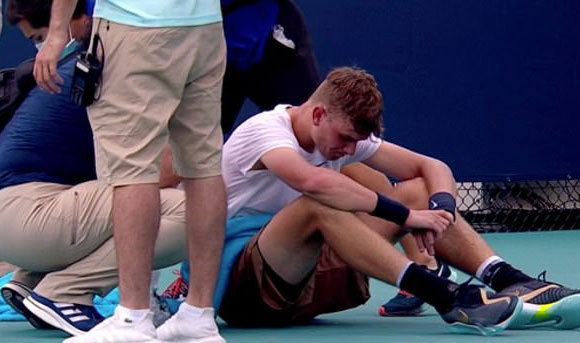 Medics treated the Brit star before he was able to leave the court unaidedCredit: Amazon Prime

Draper, 19, put up a good fight against his experienced opponent but was visibly suffering by the end of the first set.

Court 2 medics checked his heart rate with the score at 6-5 before he fell to the ground at set point.

Treatment with an ice pack saw the Brit able to leave the court unaided and the walkover was awarded to Kukushkin.

Draper said afterwards: “At the changeover, I was starting to feel my body a bit.

“I said that I’m going to carry on because I wasn’t feeling faint… But obviously when I got out there, that wasn’t the case.

“On the last point, I didn’t collapse. I actually just tripped because I was starting to feel really dizzy and stuff. 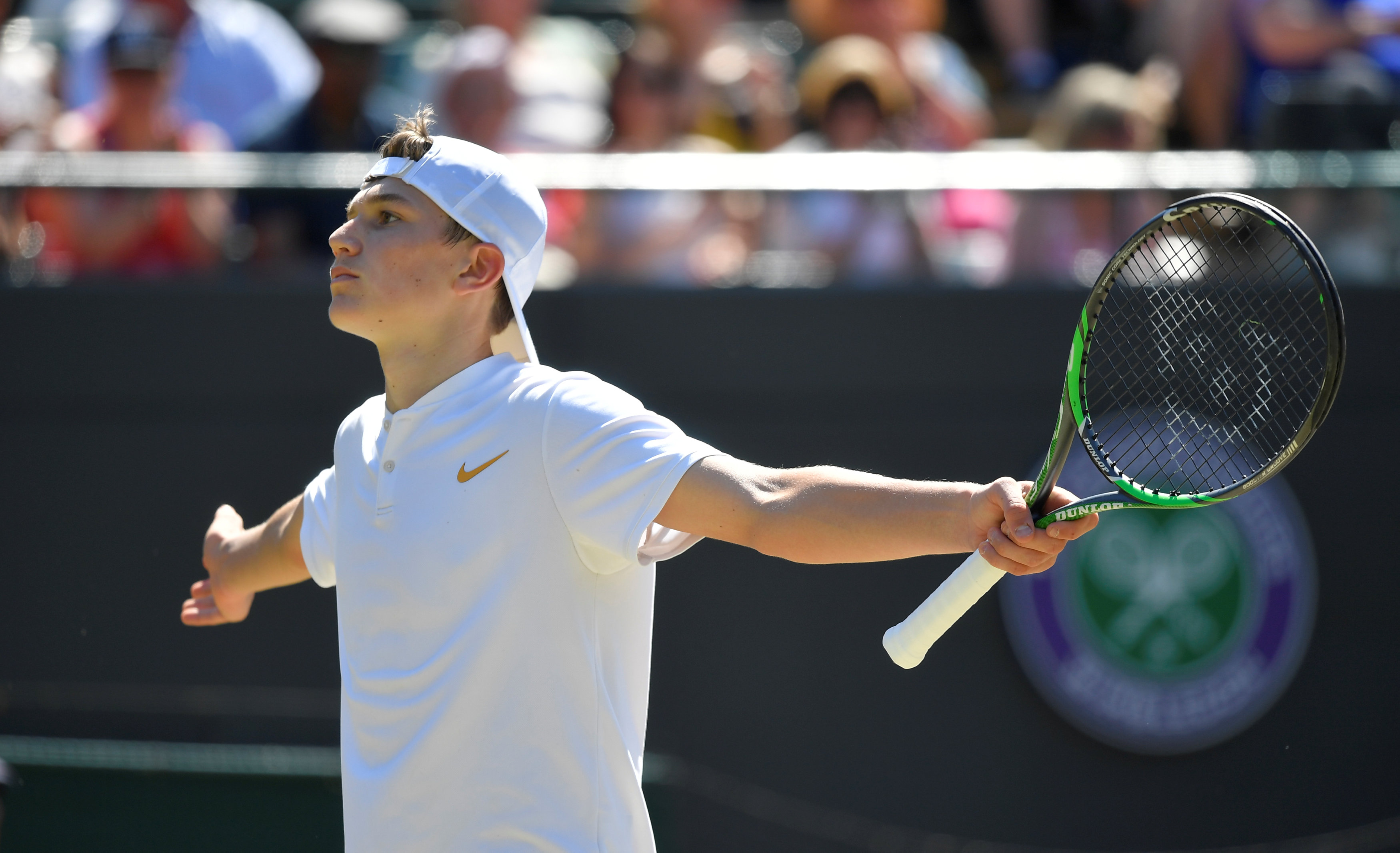 Draper reached the final of the Wimbledon boy’s competition in 2018Credit: Reuters

“In the last couple of hours, I have been with physios, trying to recover as best as possible, just trying to look after myself and move forward.”

Draper’s preparation for his breakout year has been far from straightforward following a bout of coronavirus.

Whether the infection contributed to his Miami difficulties was hard to say for the teenager.

He added: “I was out for two weeks with Covid in January.

“I didn’t move a muscle and that was after pre-season as well, so I put in a really good pre-season and then I didn’t play so it’s been a rough start to the year.

“I got it, it’s obviously an extremely aggressive virus and you can catch it from anywhere, but I got it and it did affect me quite badly for seven days.

I’ve put in loads of great training since then, so it’s no excuse, but did it have an effect on me at the time? Probably.

“I had bad symptoms and then I recovered pretty quickly from there, but it definitely had an effect on me.

“I’ve put in loads of great training since then, so it’s no excuse, but did it have an effect on me at the time? Probably.

“With a lot of these things you don’t know how much it really affects you.”