Federer, 41, played the final match of his career on Friday night as he partnered Nadal in a doubles defeat to Frances Tiafoe and Jack Sock at the Laver Cup in London. 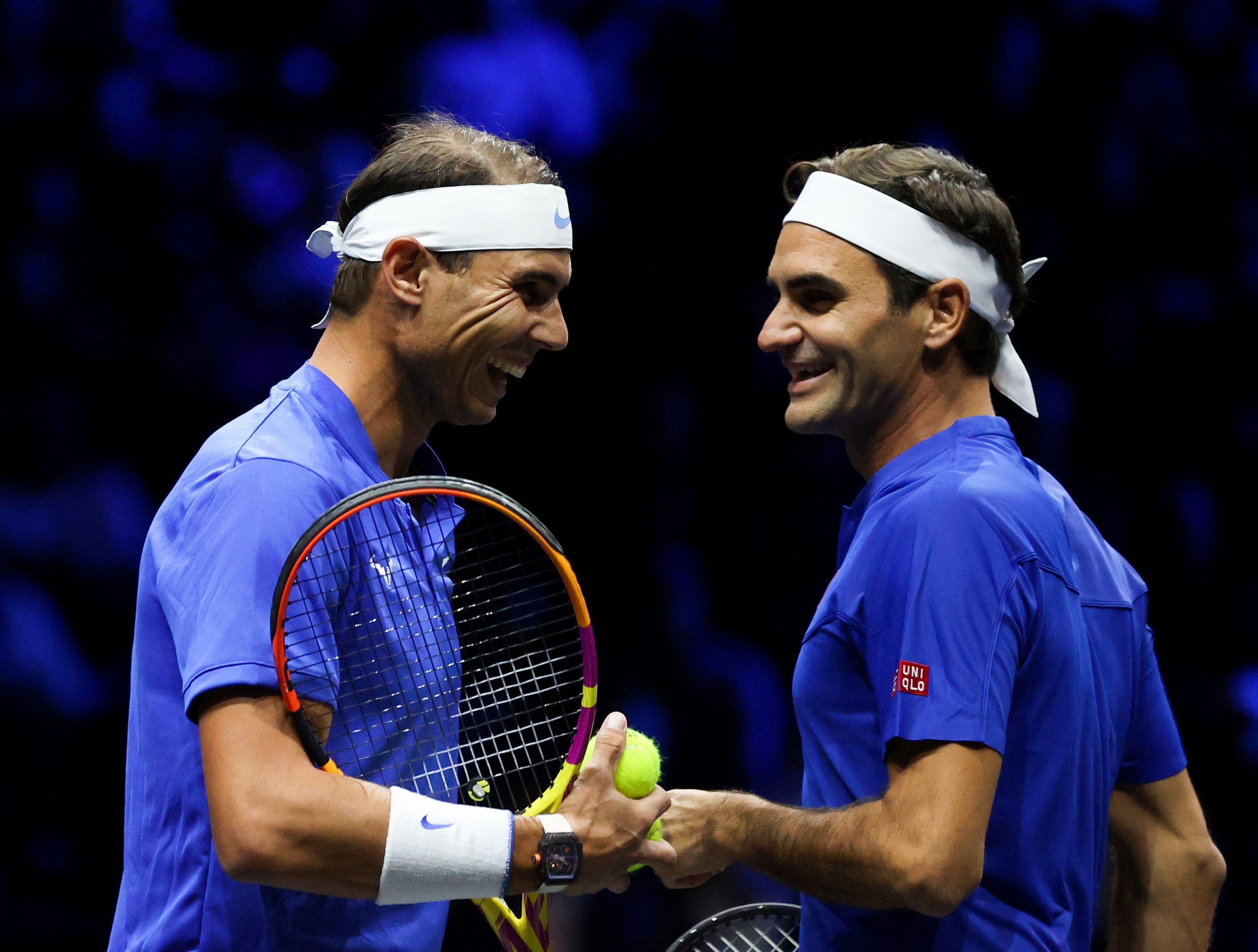 Feder and Nadal teamed up for the Swiss legend’s final matchCredit: Alamy

They were both reduced to tears after the match endedCredit: Rex

The two icons held hands as they tried to make it through the emotional eveningCredit: Rex

Fans have been left incredibly touched by the pair’s close relationshipCredit: Rex

It was a highly-charged evening as the 20-time Grand Slam champion said farewell to the sport alongside his long-time rival.

Nadal, who has 22 Slam titles to his name, flew in especially for Federer’s goodbye and swiftly returned home to be with his pregnant wife after Friday’s match.

And the Spaniard could be seen in floods of tears as Federer made his farewell speech to the adoring crowd.

Fans were overwhelmed by the love Federer and Nadal clearly have for one another, with the pair holding hands as they tried to get through an incredibly difficult moment. 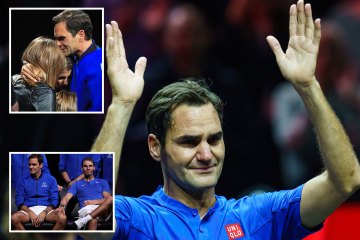 One social media user said: “Never seen anything like that in tennis 👬 and never will again. The end of the golden era. Goodbye Roger and well played, Sir.”

While another added: “I think I finished my quota of tears last night. It was a heartbreakingly beautiful goodbye.

“But the moment where Federer & Nadal both broke down and cried inconsolably while holding hands was one of the most moving moments in the history of sports. Unforgettable.”

And BBC presenter Dan Walker said: “This is officially too much. Sport is brilliant. Winning is amazing. Friendship is everything.”

Federer issued a touching speech as he said goodbye to his tennis career.

He told the London crowd: “I don’t know how we got to this place over all these years. We’ve been very connected, especially the last 10 years.

“I’m very happy it is where it is today, that I can call up Rafa and talk about anything.

“We enjoy each other’s company and we have so much to look back on, but also just enjoy spending time together.

“We have a million topics to cover. I always feel like any evening we ever spend together we never have enough time.”

“At some point we were probably the biggest rivals – always in a very good way. We respect a lot each other, families, teams. We never had big issues.

“Every year the personal relationship gets better in a daily basis.

“On court we’ve completely opposite styles and that’s what probably makes our matches and rivalry probably one of the biggest and most interesting.

“In the family life, personal life, probably we approach life not in a very different way. That’s why we can trust each other.

“Having somebody like Roger that I feel confident to talk about any personal things, it’s something that’s very beautiful.

“Especially after all the things that we shared together and all the important things we fought for.

“I’m very proud to be part of his career in some way. But even for me happier to finish our career like friends after everything we shared on court like rivals.

“When Roger leaves the Tour, an important part of my life is leaving, too.”

Federer and Nadal, who have won 42 Grand Slam singles titles between them, produced some of the greatest matches the sport has ever seen.

They faced off nine times in Slam finals, with Federer winning three and Nadal winning six.

Their most iconic matches included at Wimbledon in 2008 and the Australian Open in 2017. 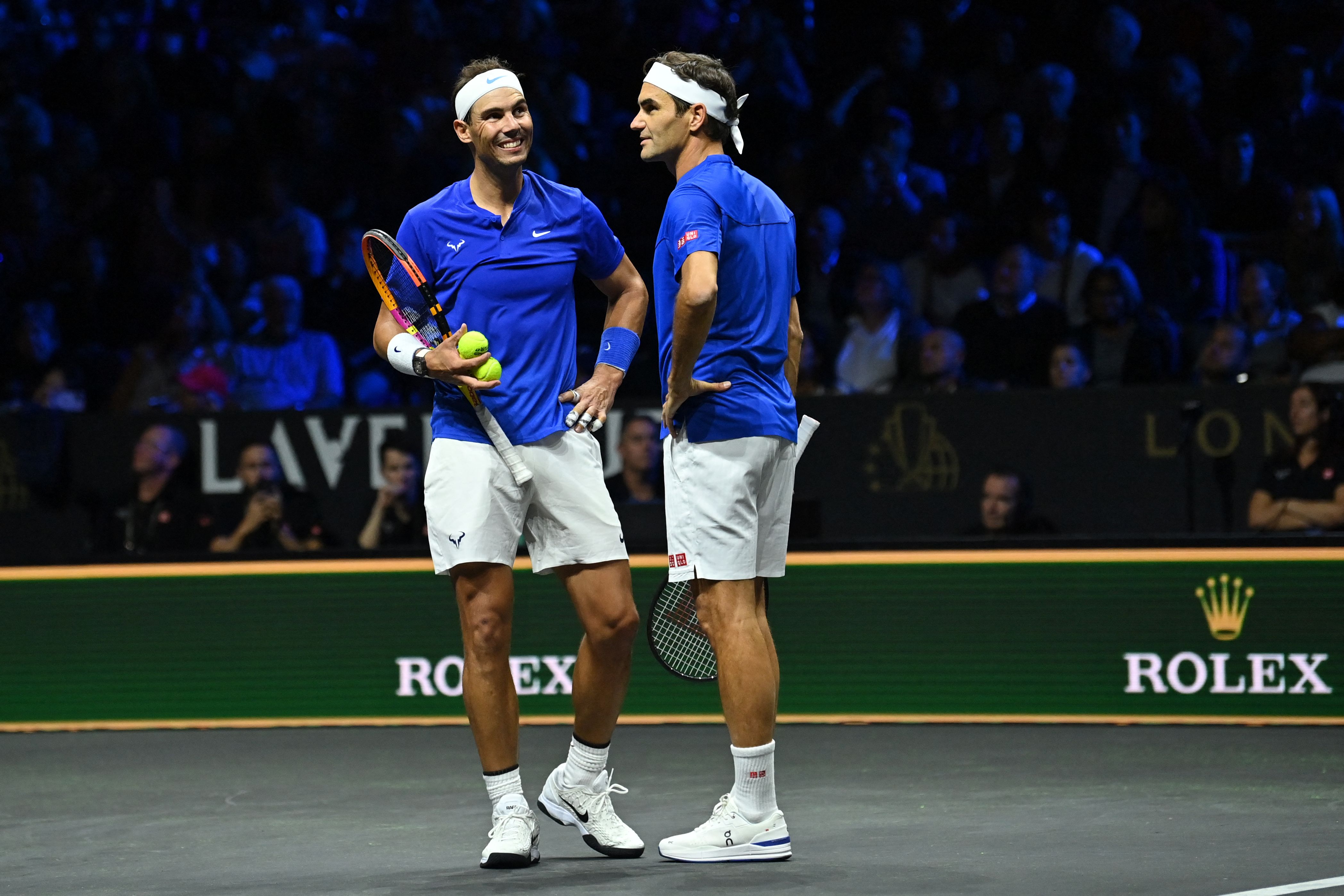 The legendary pair thrilled the London crowd against Sock and TiafoeCredit: AFP