MANCHESTER United’s catering failed to score with BT Sport presenter Jake Humphrey as he cried foul over the meal he was served at Old Trafford during the Red Devils’ clash with Southampton.

He tweeted: “Scrambled egg and mashed potato. Wow. Thanks for lunch @ManUtd.”

Jake Humphrey cried foul over the meal he was served at Old Trafford during the Red Devils’ clash with SouthamptonCredit: mrjakehumphrey/twitter

But United’s Theatre of Dreams is far from being the only football ground to have received a kicking for its food.

Twitter account @FootyScran is dedicated to finding the nastiest nosh – as well as the nicest – on offer at stadiums across the country.

Here we reveal the top scorers, as well as the overpriced offerings that deserve to be shown a red card. 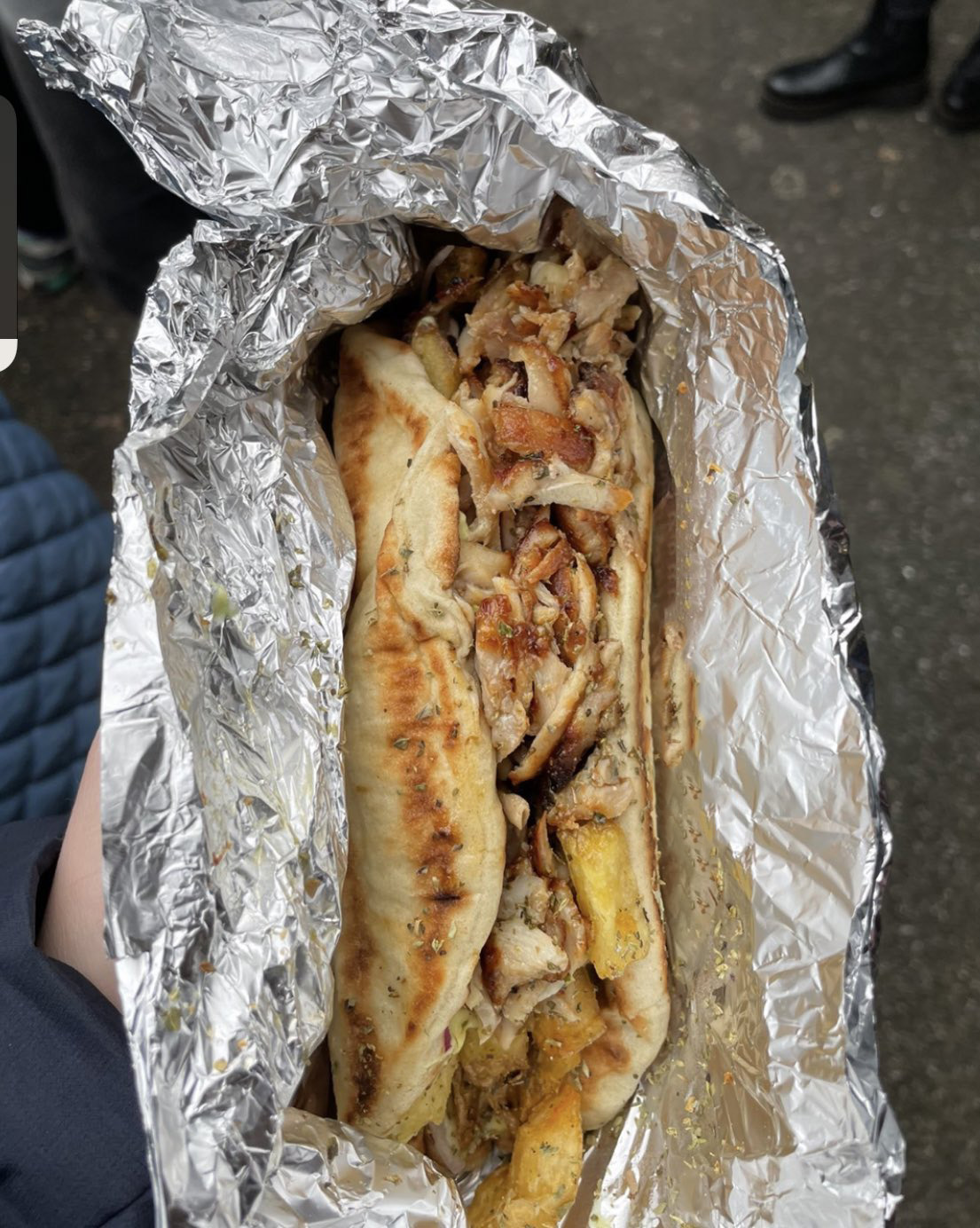 Fans of this South London side can tuck into this tasty-looking Greek-inspired kebabCredit: FOOTY SCRAN/ 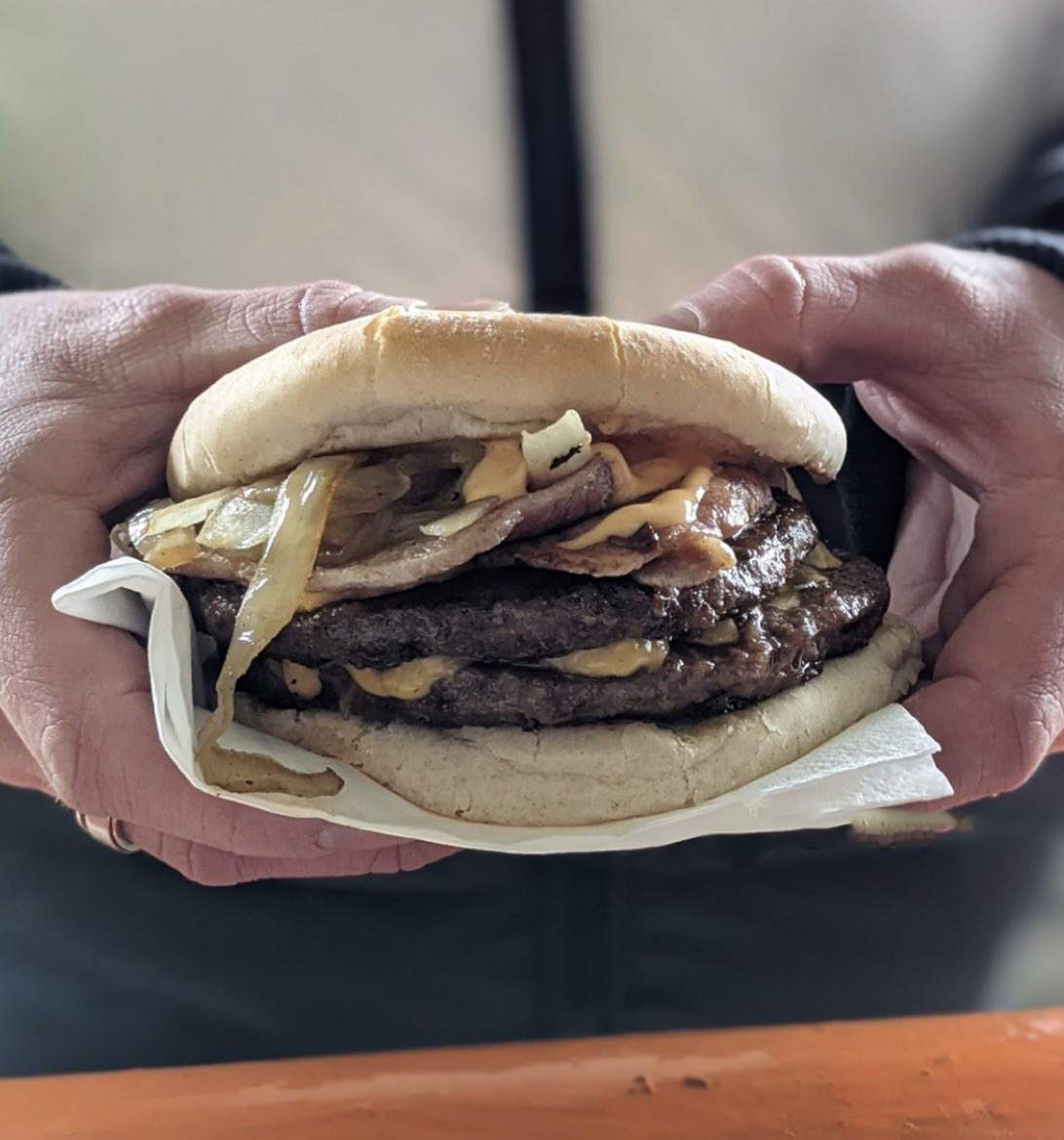 The non-league Essex club should be top of the scran-pionship – thanks to its double pattie, bacon, onion and melted cheeseCredit: FOOTY SCRAN/ 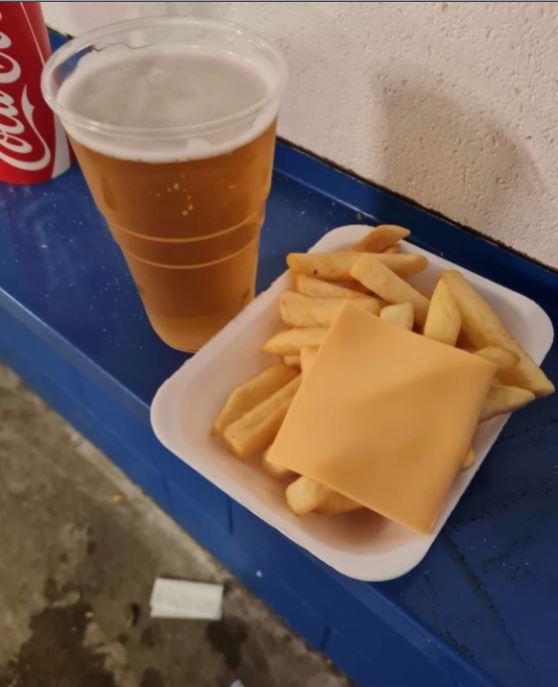 Fans get a real Brum deal at the Championship club – this portion of pricey chips with a slice of plastic cheese is a relegation candidateCredit: Twitter 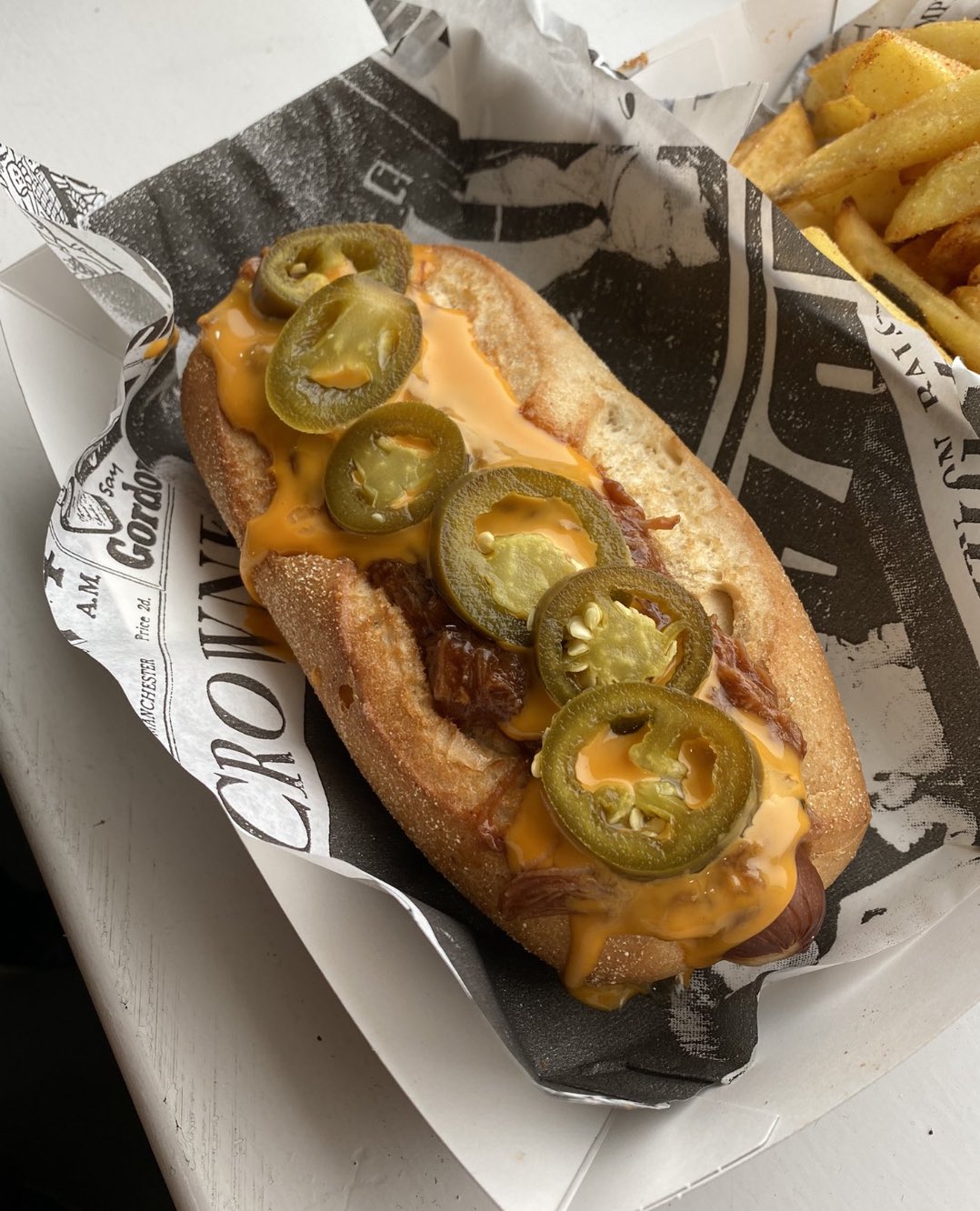 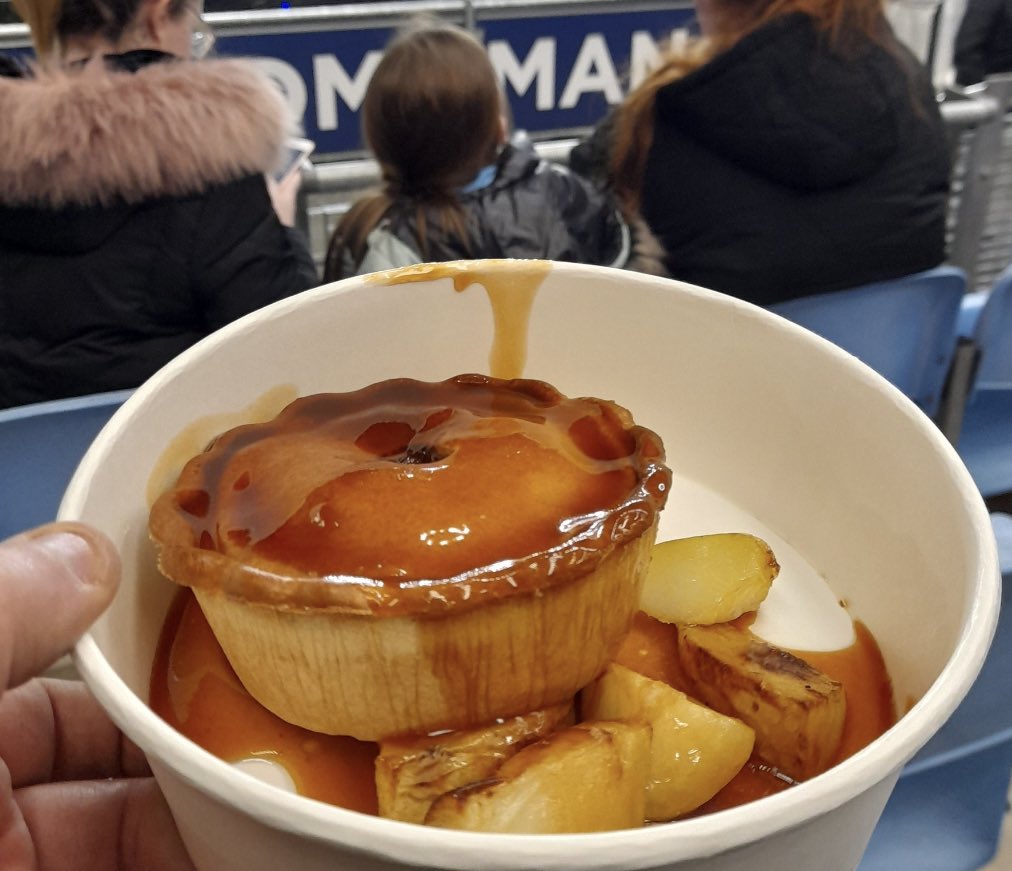 The club need to crust do better than this bite-size pie with five anaemic-looking potato wedges and gravyCredit: FOOTY SCRAN/ 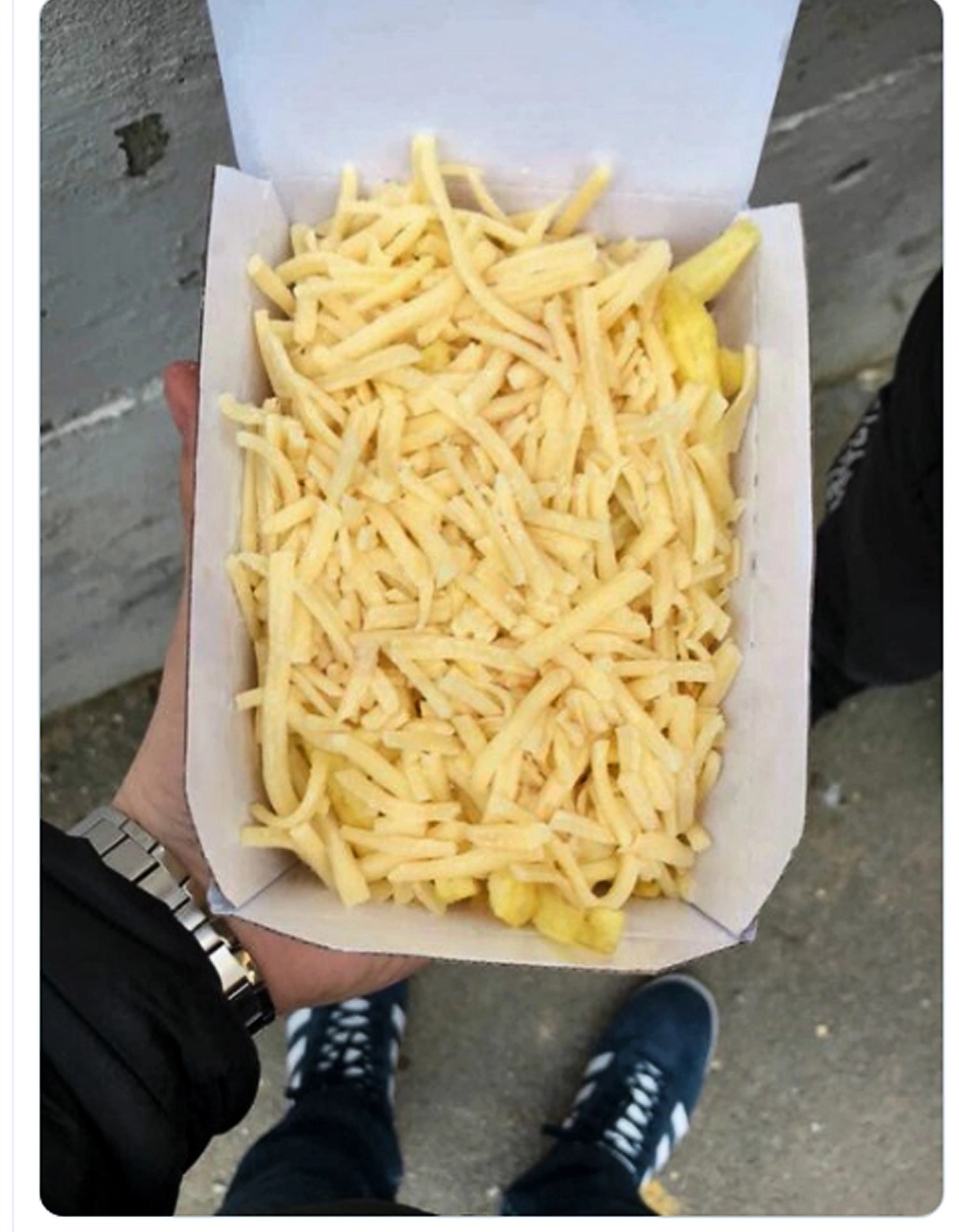 When it comes to a portion of cheesy chips this is the Wey to goCredit: FOOTY SCRAN 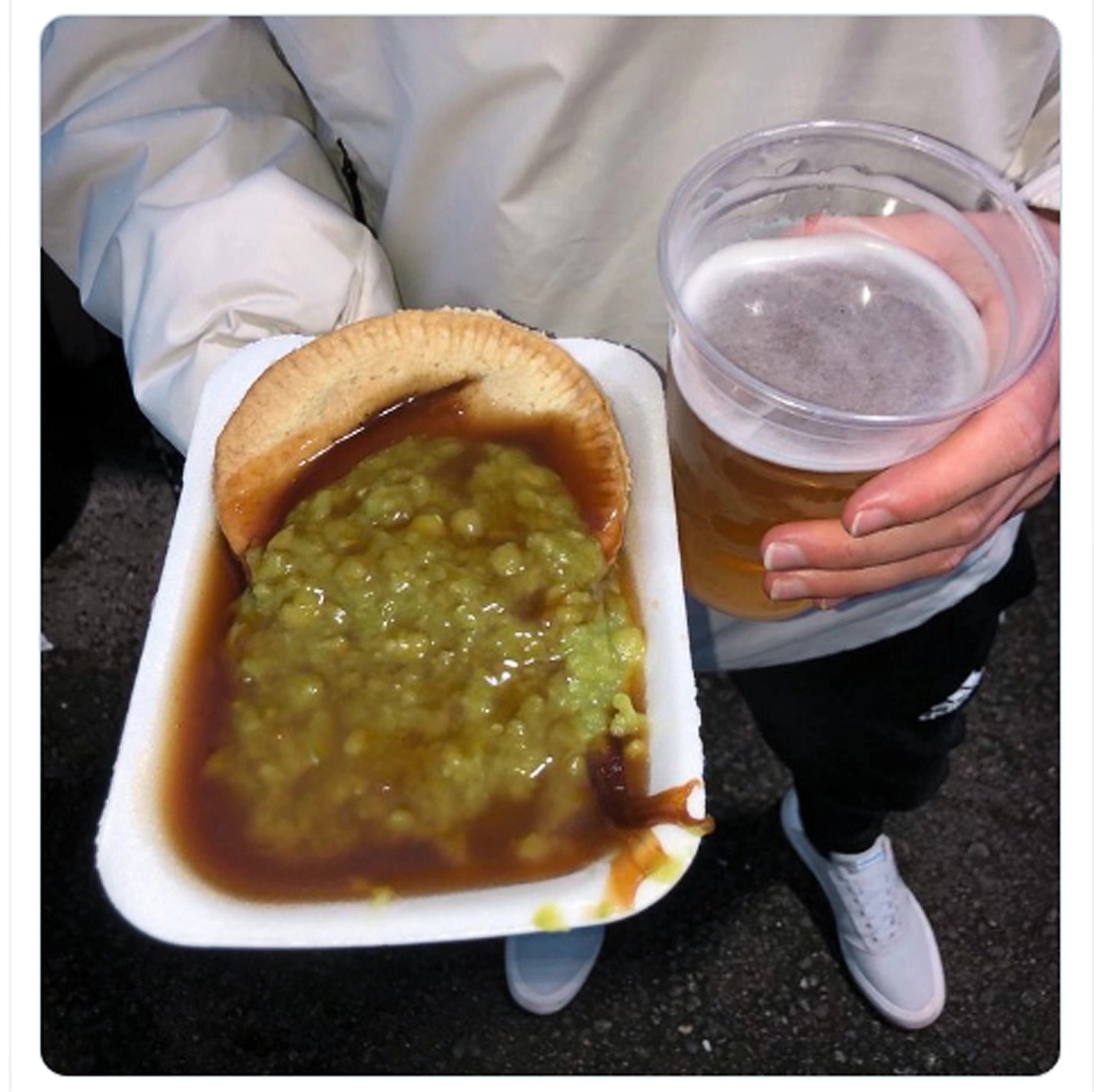 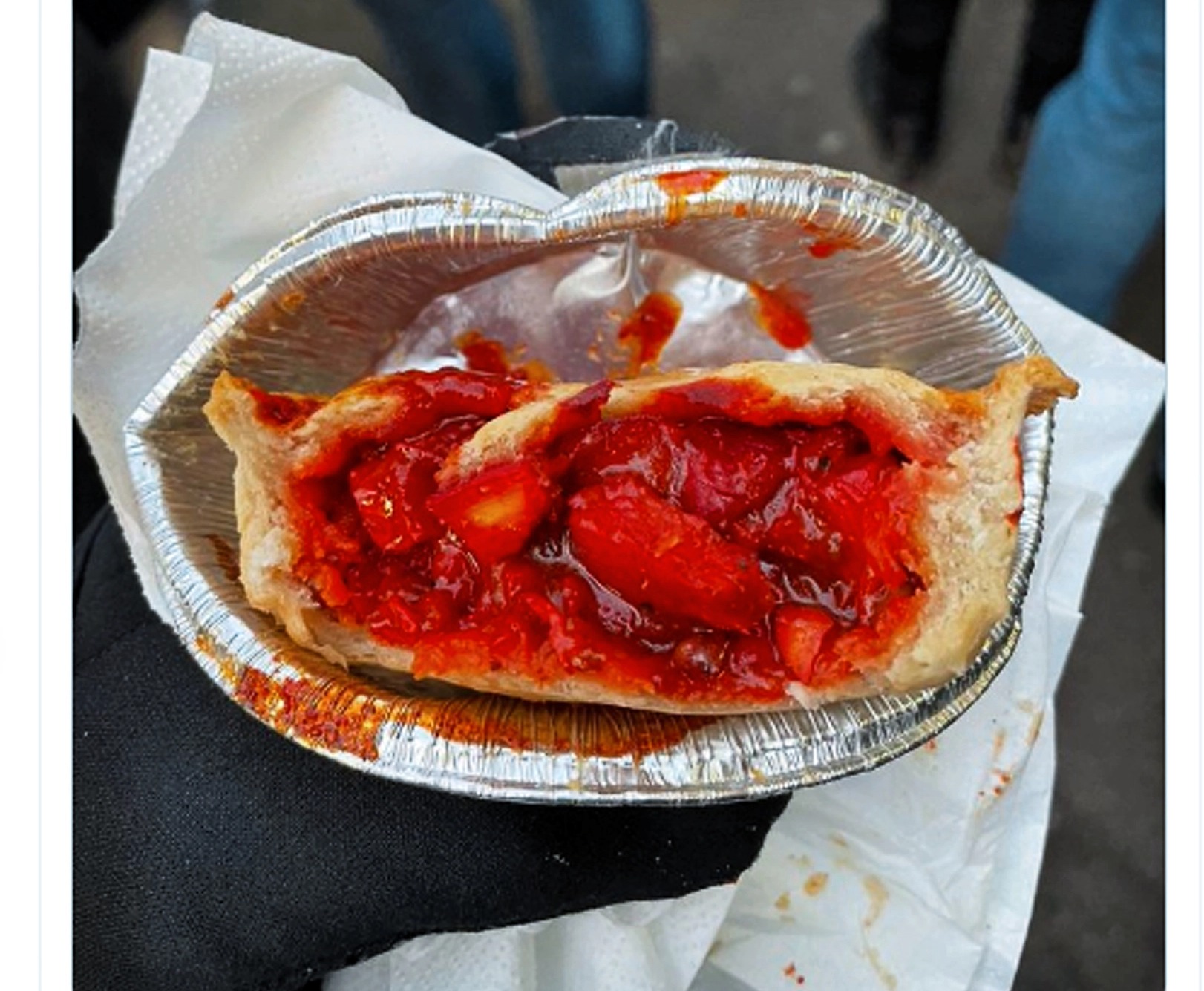 This messy pie maybe cheap, but it won’t curry favour with fans of the League Two outfitCredit: FOOTY SCRAN 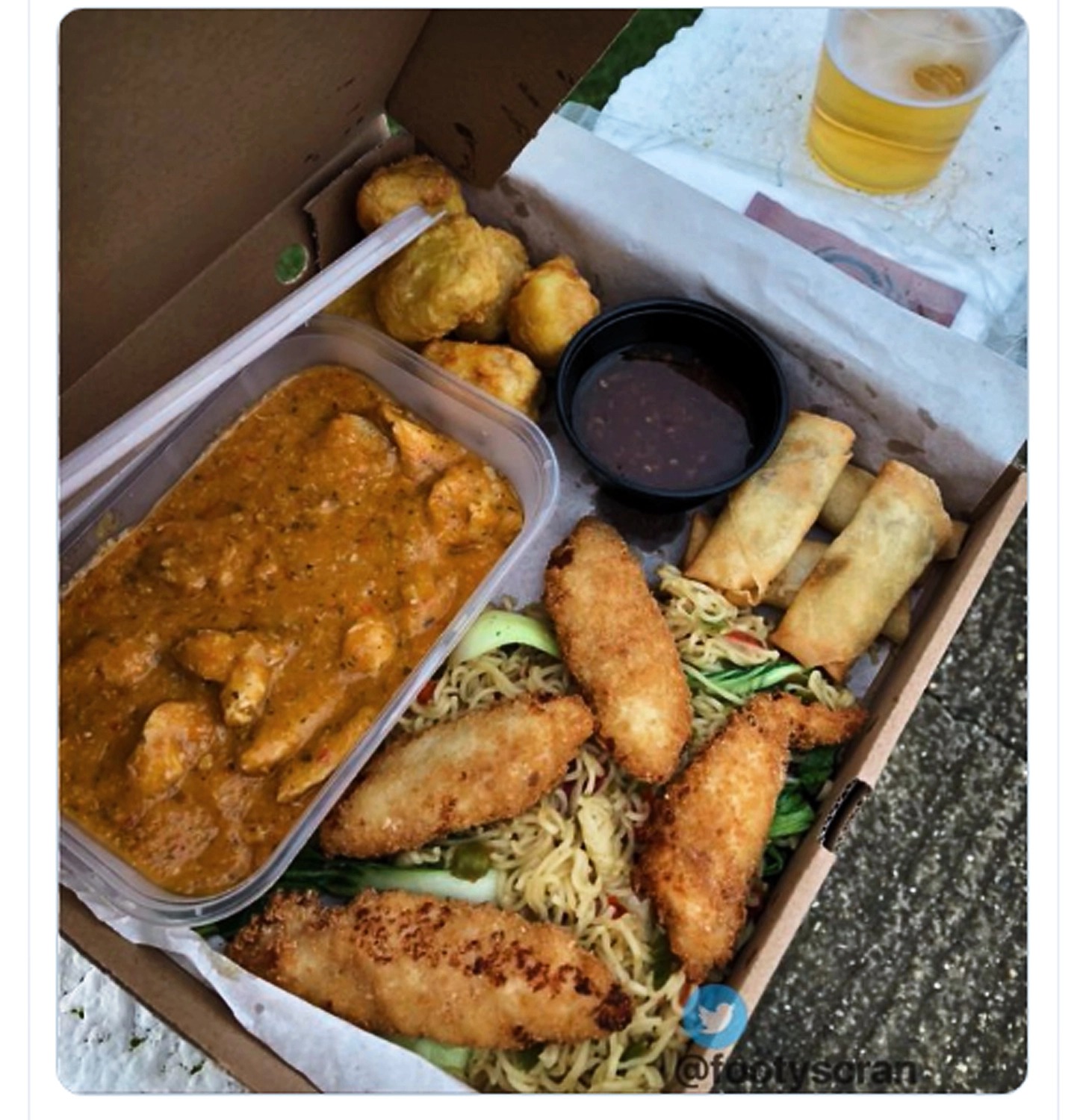 The Royals serve up a half-time feast fit for a Queen with its great value Chinese selection boxCredit: FOOTY SCRAN

Salmon and noodles with a pint 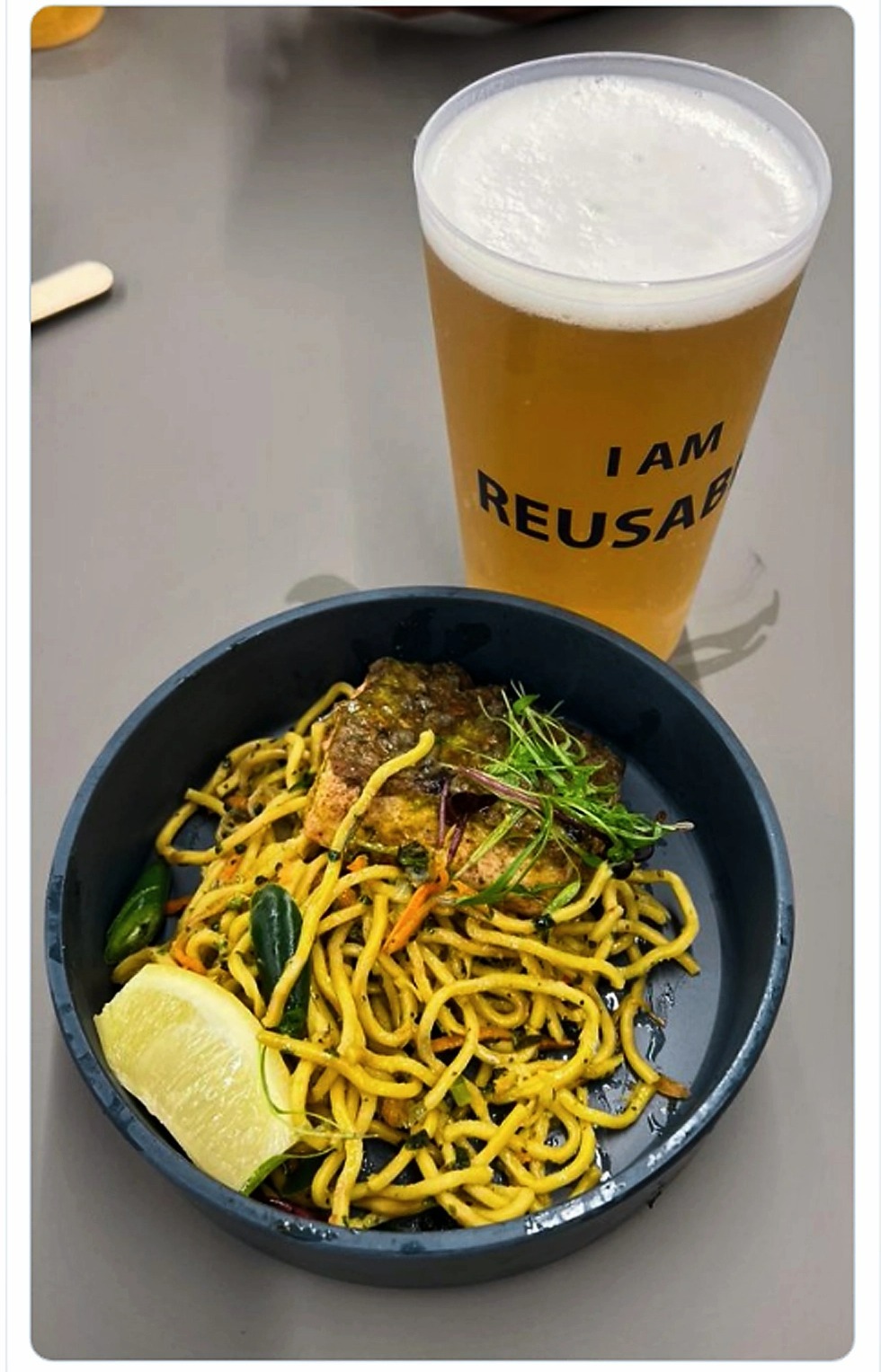 There’s something fishy going on with the North London side’s hospitality – this paltry portion is barely enough to feed a childCredit: FOOTY SCRAN 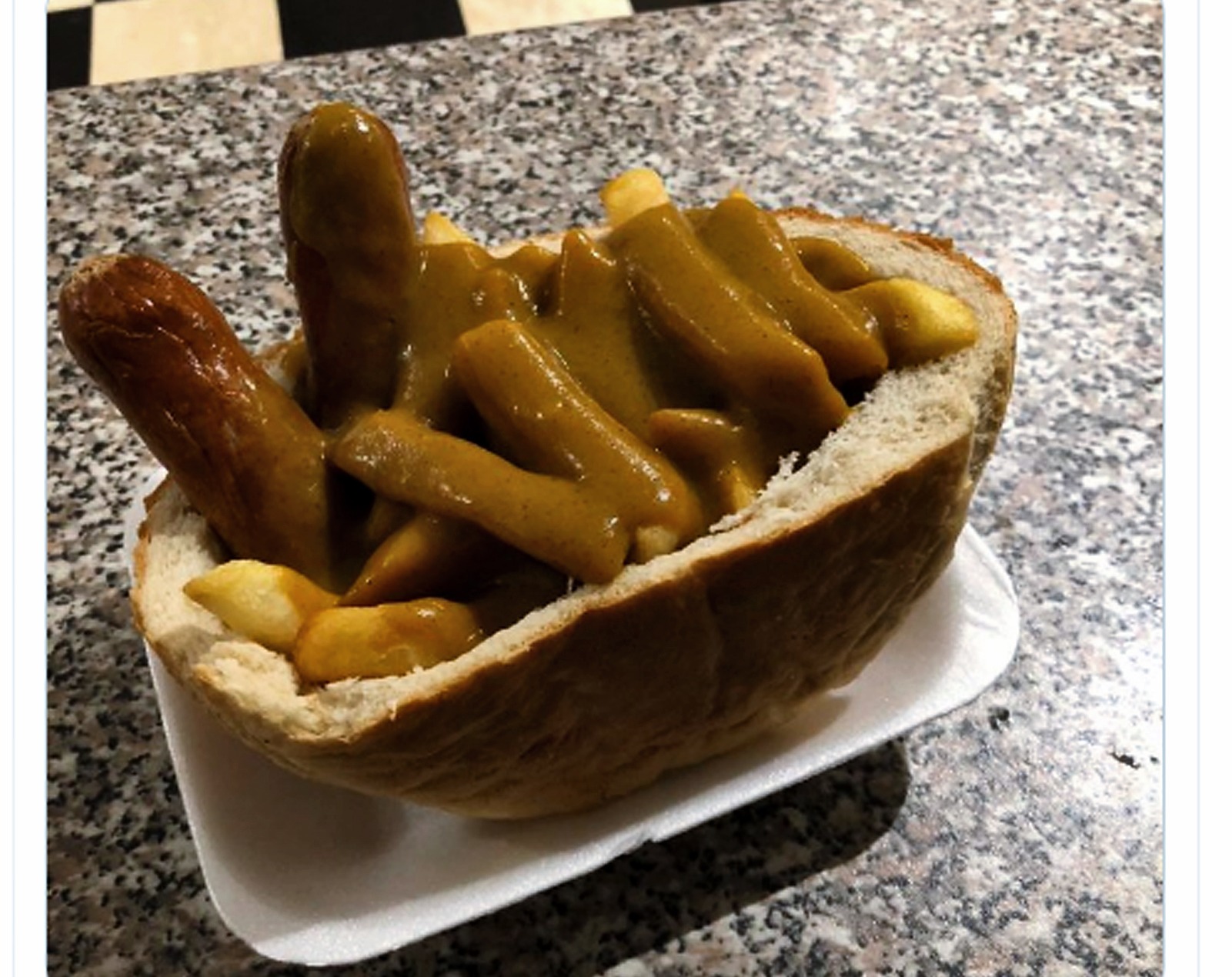 The semi-pro South Wales club has taken the chip butty to a whole new dimension of satisfactionCredit: FOOTY SCRAN 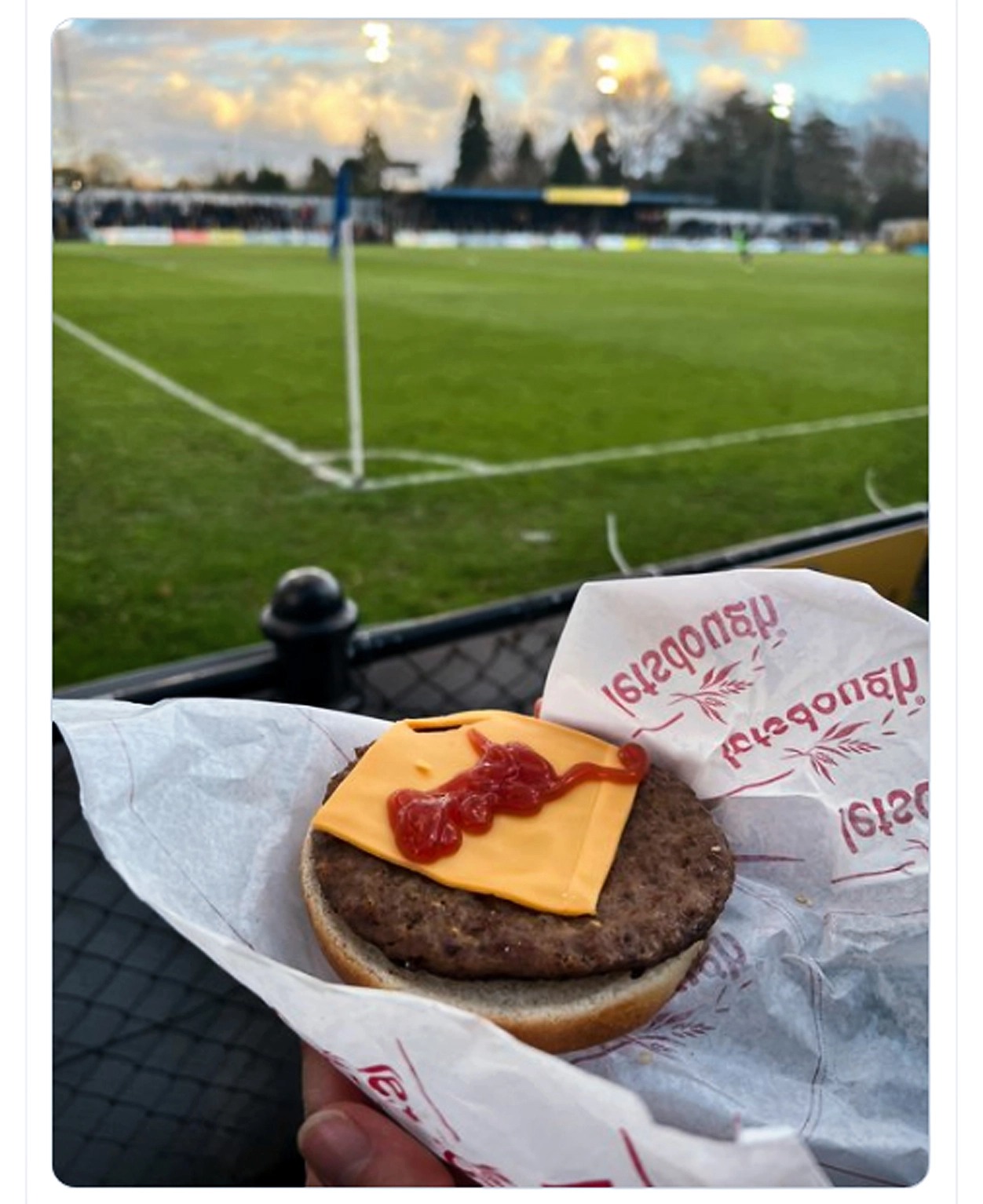 A cheeseburger that was bought by a punter at the Hertfordshire club left quite a lot to be desired – including half its bunCredit: FOOTY SCRAN 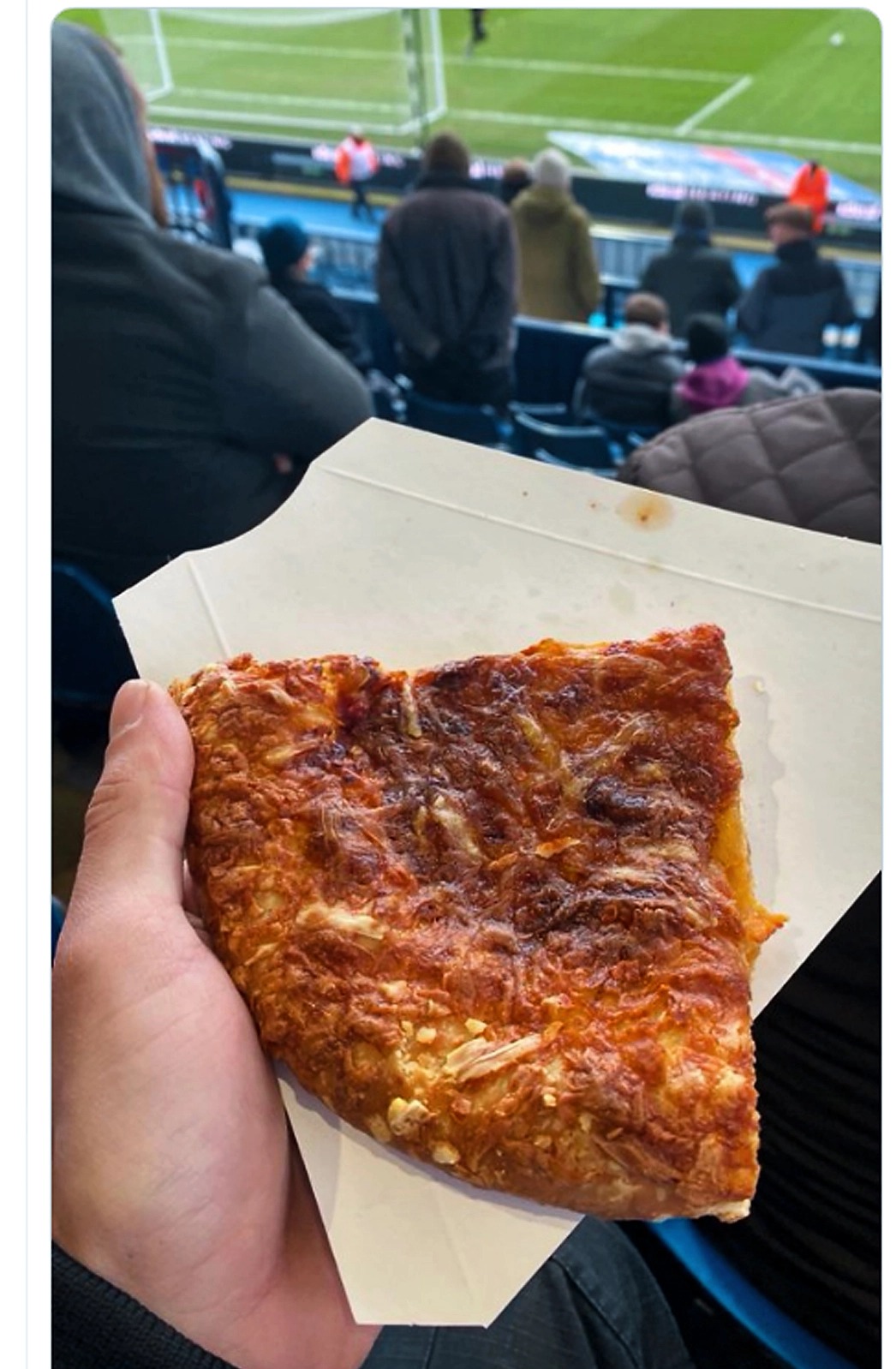 Hungry fans at this Championship club might wish they had stoked up outside the stadium if this measly little dried-up quarter of a pizza is anything to go byCredit: FOOTY SCRAN 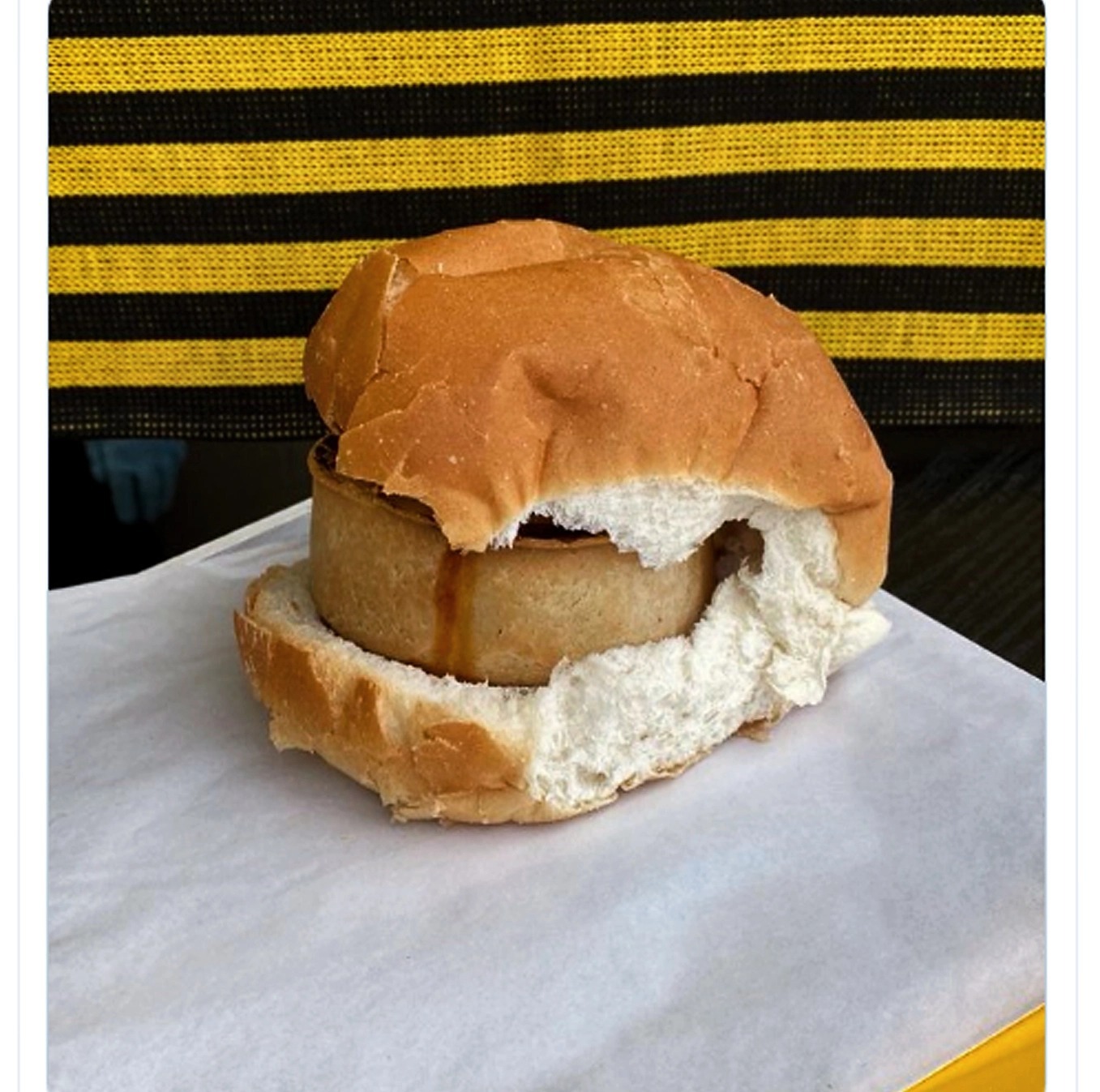 Known as a Wigan kebab – though the club is in the Scottish Highlands – the meat pie in a barm cake is a bargain at £2.50Credit: FOOTY SCRAN 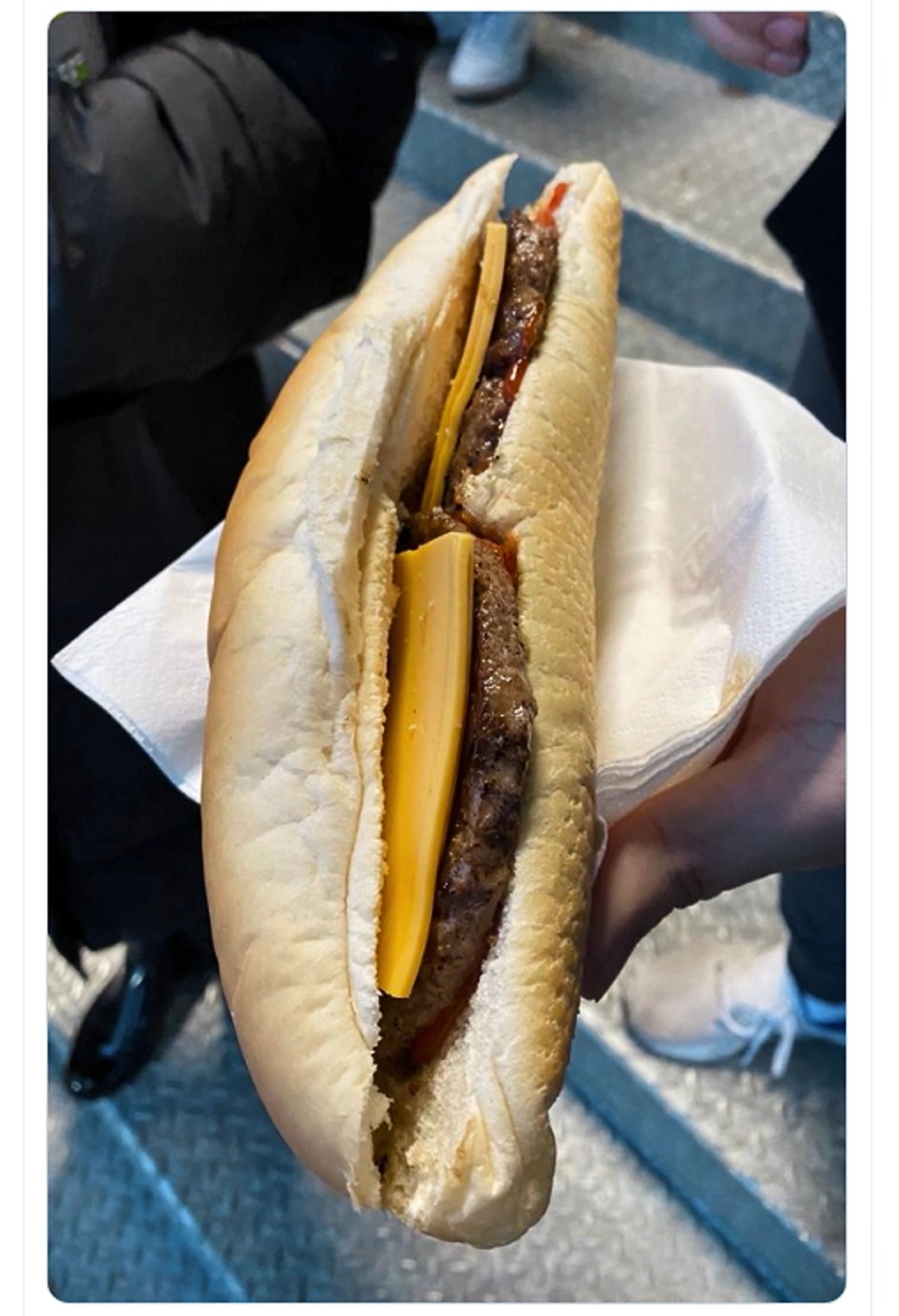 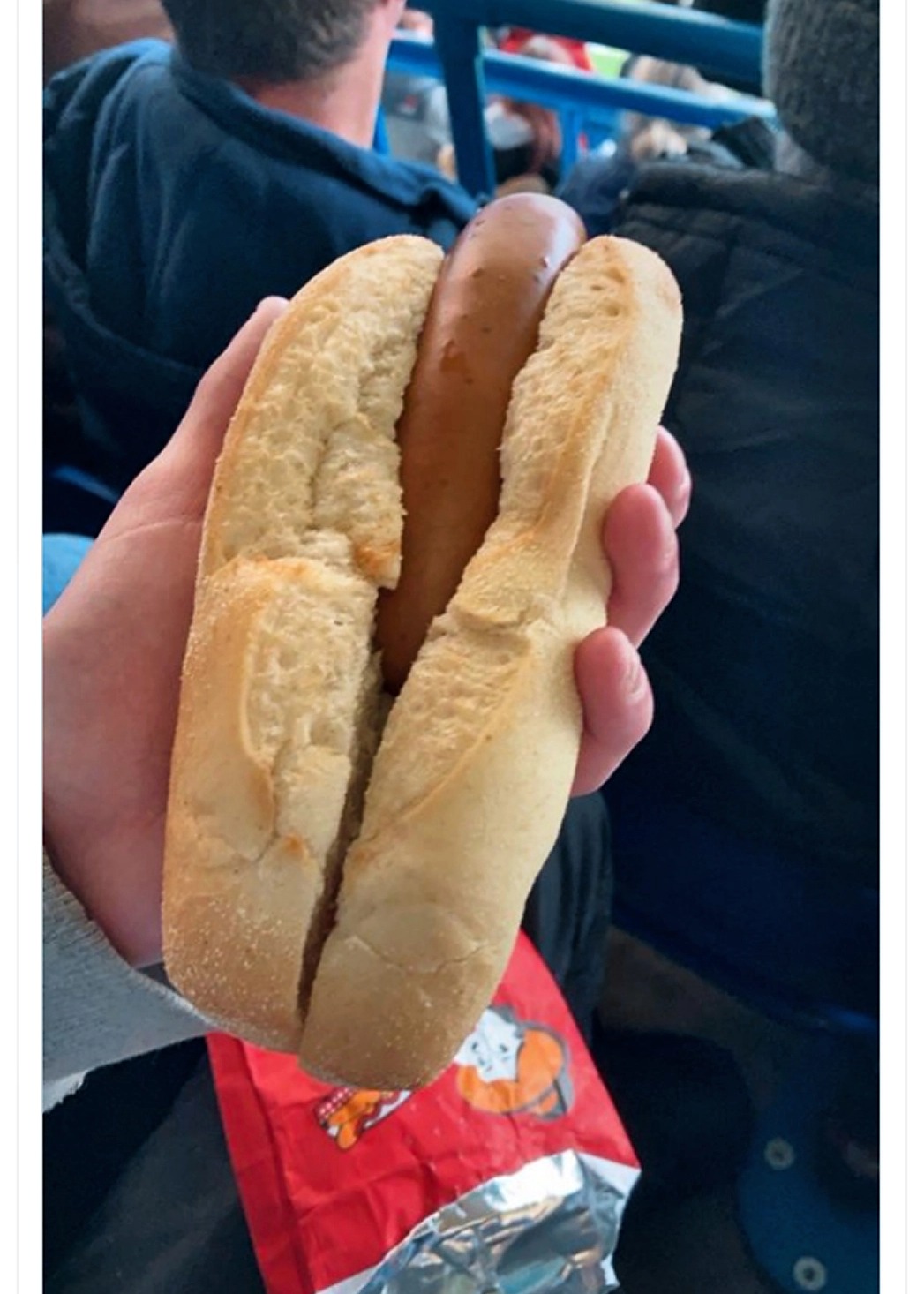 A fan was left with the blues after shelling out nearly six quid and getting this weeny wiener which was dwarfed by the rollCredit: FOOTY SCRAN