LIONEL MESSI faces a 12-match ban after an out-of-character display of violence in the Spanish Super Cup on Sunday.

The Barcelona star, 33, was sent-off for lashing out at Athletic Bilbao’s Asier Villalibre after the Spaniard appeared to block his run late in extra-time. 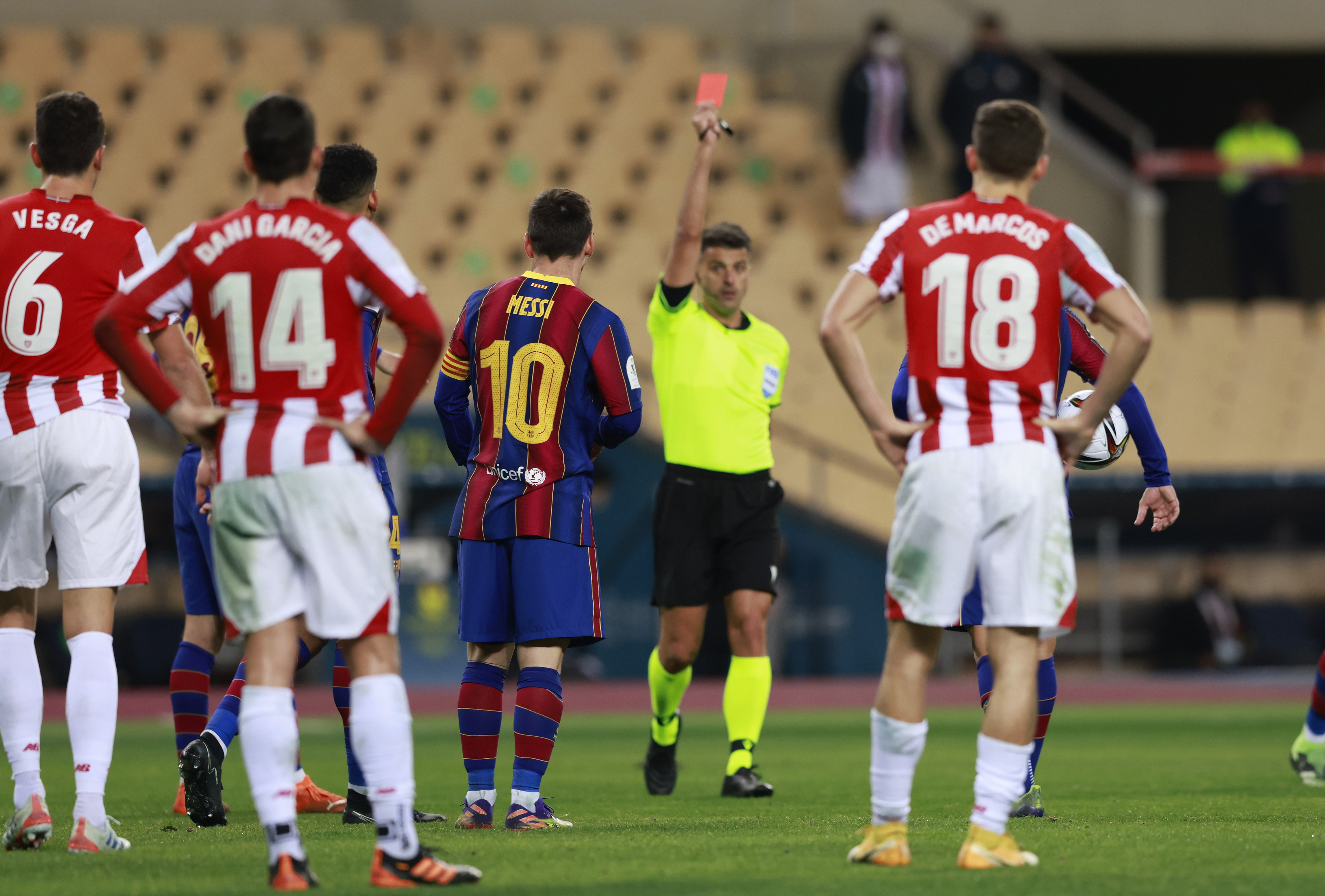 Messi was sent-off after lashing out at Villalibre in the Super Cup on SundayCredit: Reuters

Messi now faces up to a suspension of up to 12 games for his swipe.

But where does that rank in the list of the longest-ever suspensions?

We’ve taken a look at some of the lengthiest bans… 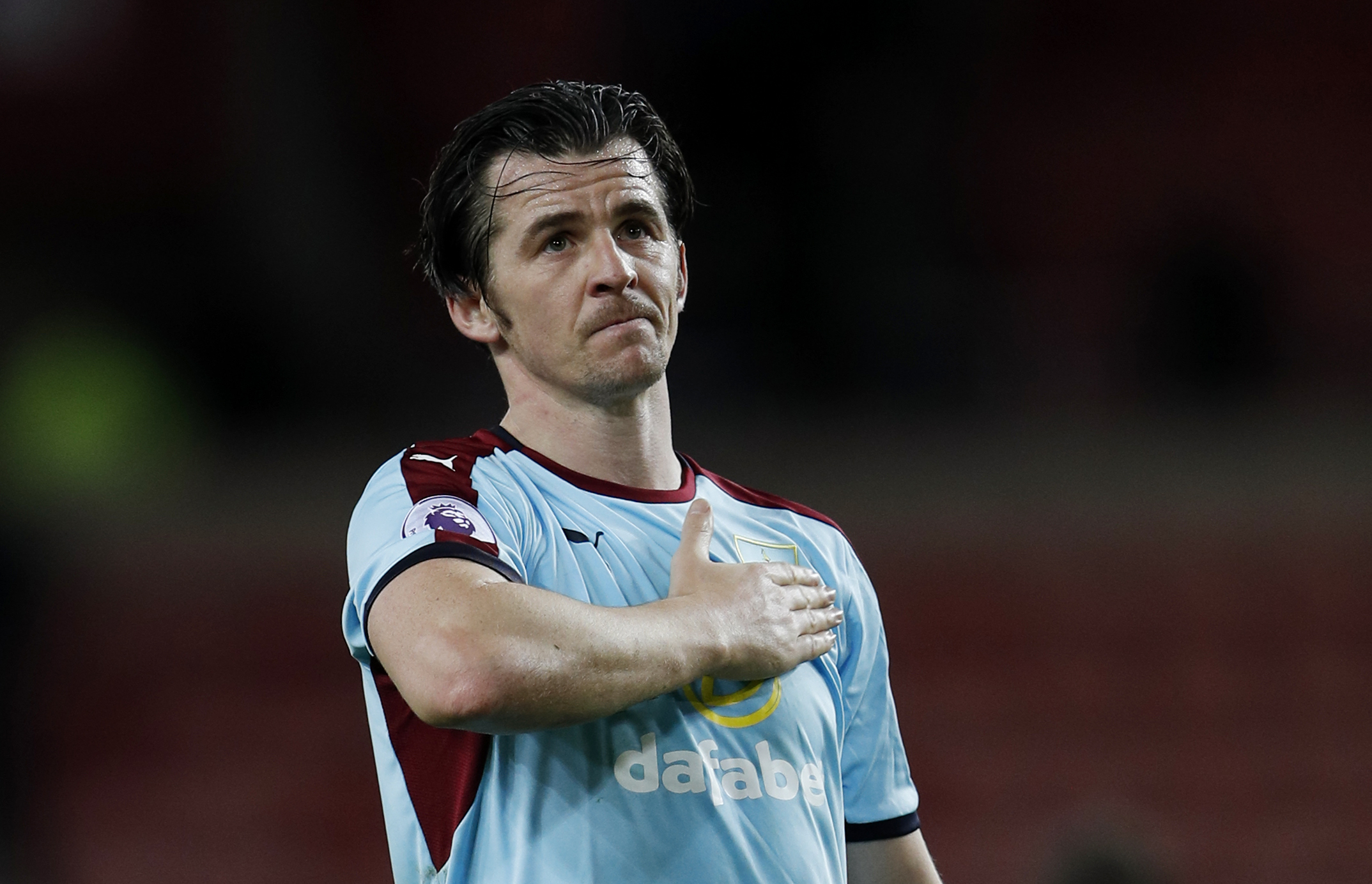 Joey Barton was hit with an 18-month ban for betting breaches in 2017Credit: Russell Cheyne

IN 2017, while on the books of Burnley, Barton was slapped with an 18-month ban for betting offences.

Barton was found guilty of placing 1,260 bets in a ten-year period.

The ban was reduced to five months on appeal, but was released by Burnley and never played again. 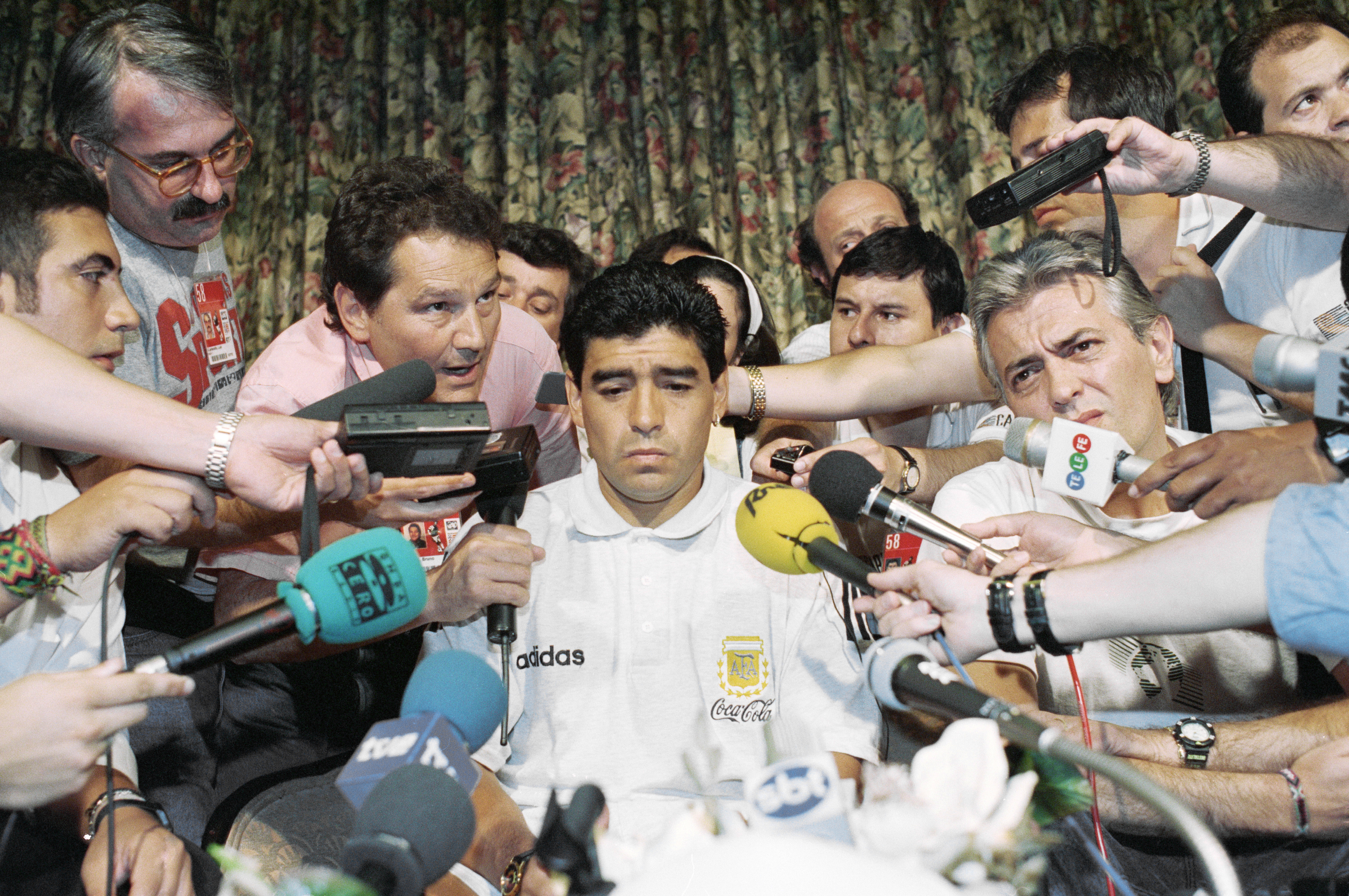 Diego Maradona was banned for over a year after testing positive for banned stimulant ephedrine at the 1994 World CupCredit: AP:Associated Press

AT the 1994 World Cup, Maradona tested positive for stimulant ephedrine.

The Argentine legend claimed he was given a drink called Rip Fuel by his trainer and unlike the Argentine version, the US product contained the banned substance.

Maradona was banned for 15 months, which ended his international career. 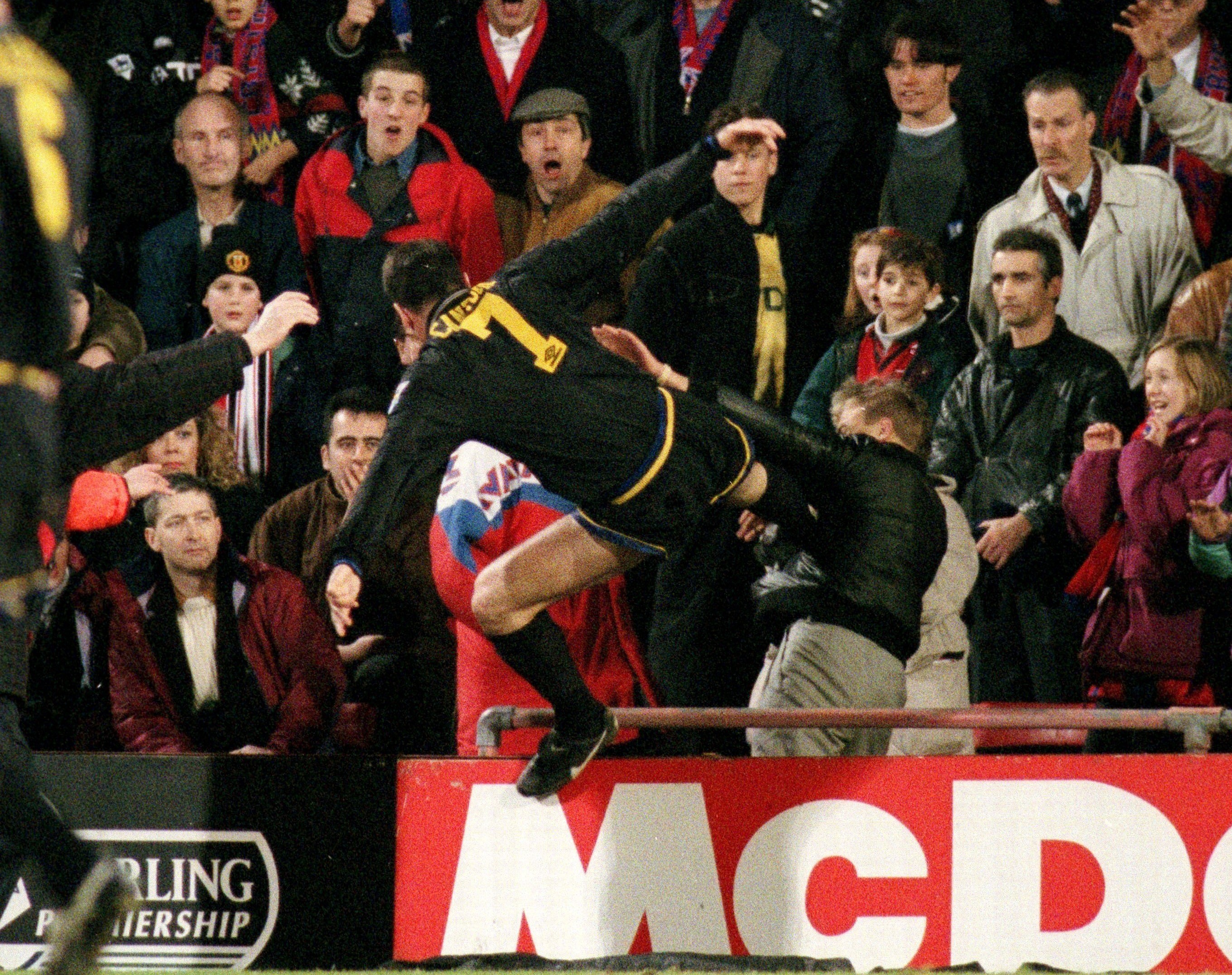 Cantona was banned for nine months after his ‘kung fu kick’ on a Palace fan in 1995Credit: Action Images

ONE of the most-famous bans of all-time, Cantona was suspended for nine months in 1995 for ‘kung fu kicking’ a Crystal Palace fan.

Cantona claimed the Eagles supported told him to ‘f*** off back to France’, while also calling him a ‘French b*****d’.

But the Manchester United forward was banned for nine months and ordered to undertake 120 hours of community service after his two-week prison sentence was overturned. 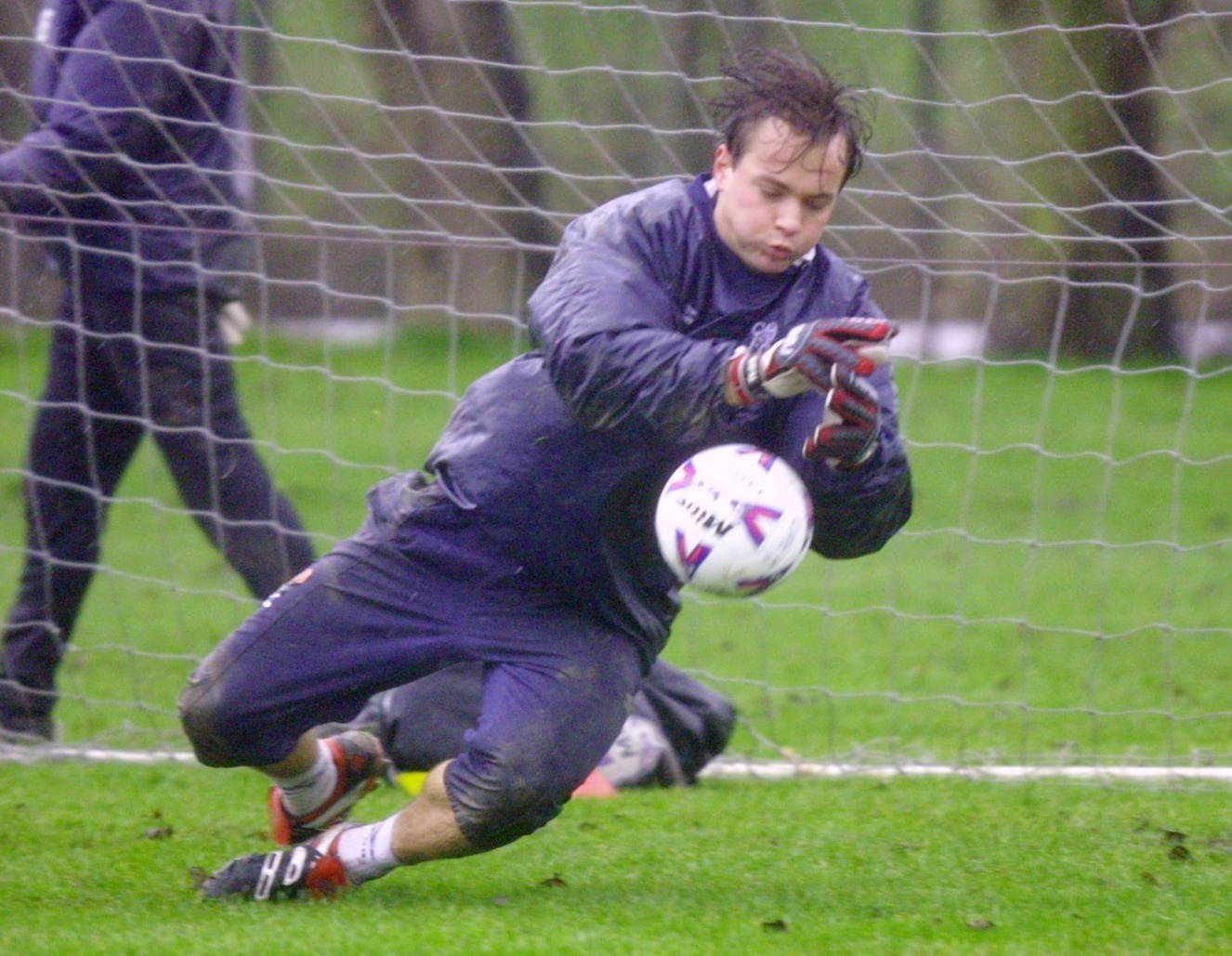 HAVING completed a free transfer to Chelsea in 2001, Bosnich played just five times for the club in the league.

The Australian goalkeeper failed a drugs test in September 2002, was slapped with a nine-month suspension and was sacked by The Blues.

Bosnich later admitted to having a £3,000-a-week cocaine habit, saying the drug was ‘destroying’ him. 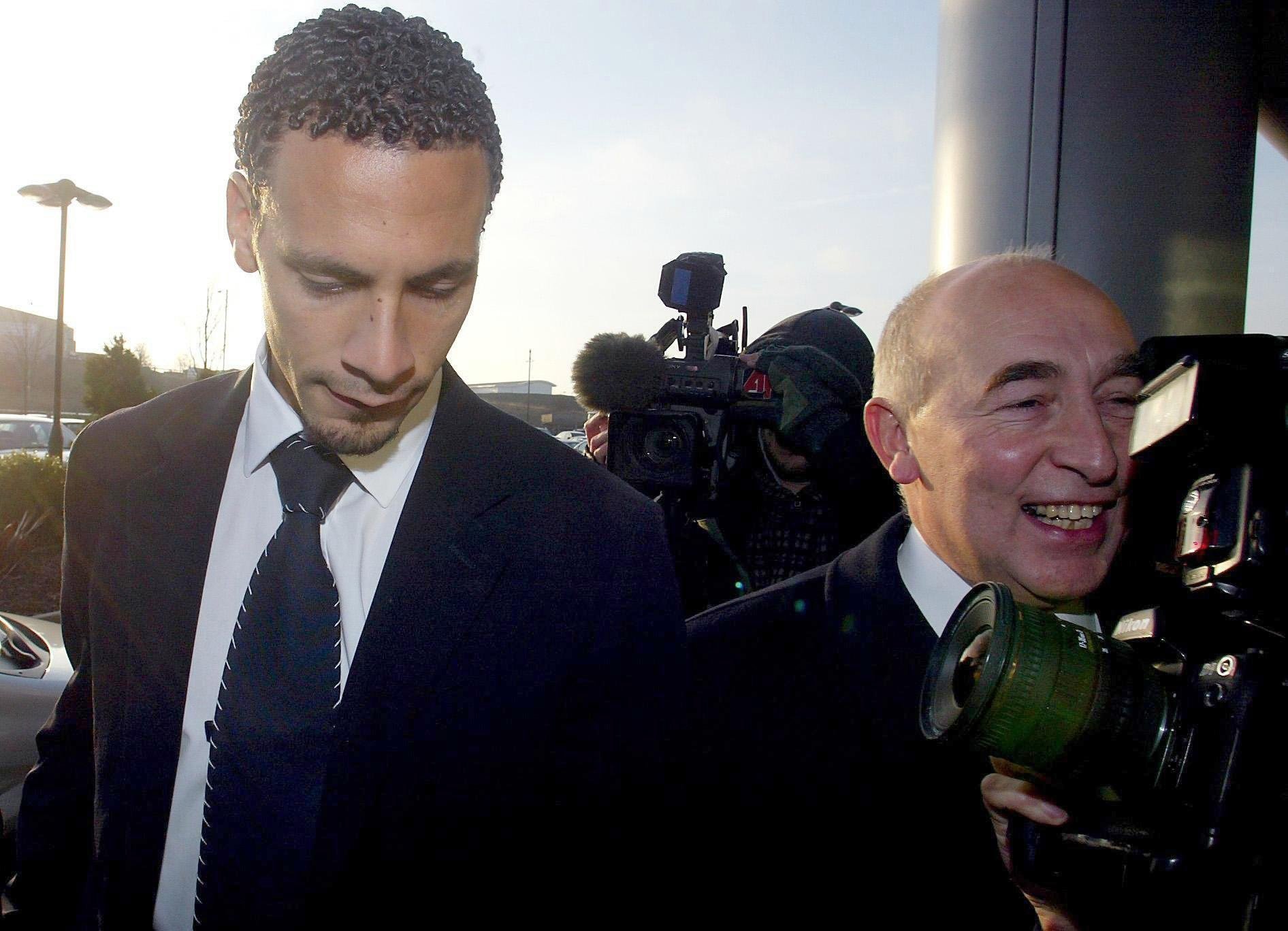 Ferdinand was banned for eight months for missing a drugs test in 2003Credit: PA:Press Association

In 2003, just a year after joining United from Leeds, Ferdinand missed a drugs test scheduled at the club’s training ground.

Ferdinand claimed he went shopping and, when he realised his mistake, raced back to the training ground.

The defender passed a drugs test the next day and even offered to undertake a hair follicle test – which would show results for the previous six months.

The FA declined and slapped Ferdinand – then the most-expensive British footballer in history – with an eight-month ban. 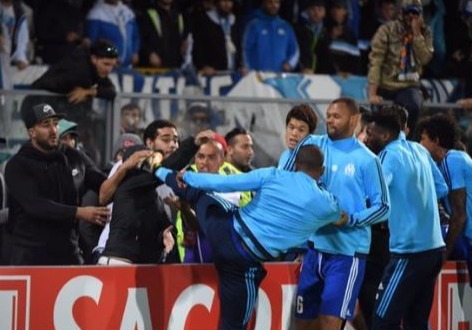 THE Man Utd legend joined Marseille on an 18-month contract in January 2017 – but by November, his career at the club was over.

During his warm-up for a Europa League game, Evra kicked a fan in the head, with the left-back claimed he’d ‘ridiculed’ him.

Uefa banned Evra from all of their competitions until June, when his contract expired.

Marseille immediately released him and he moved to West Ham. 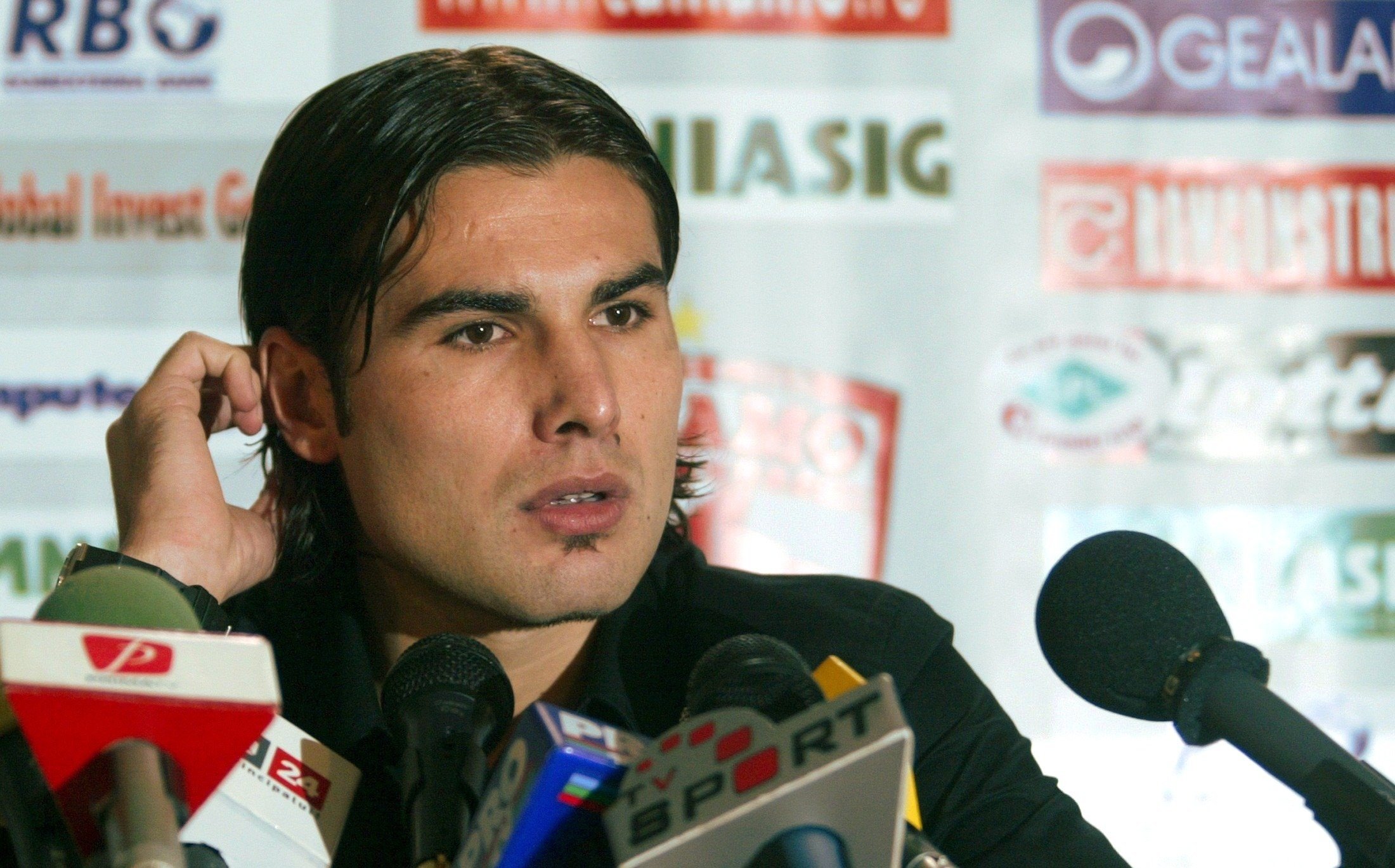 Mutu was banned for seven months after testing positive for cocaineCredit: Reuters

ONE of Roman Abramovich’s first big-money signing after taking over Chelsea in 2003, Mutu quickly proved to be a hit.

However, in September 2004, the Romanian tested positive for cocaine and never played for the Blues again, with the club even seeking compensation for his ‘breach of contract’.

In total, Mutu was banned for seven months.

Despite three appeals, Fifa forced Mutu to pay around £15million plus interest – the biggest fine ever levied by the governing body.

Despite being banned, Juventus signed him in January 2005, before he later moved on to Fiorentina, where he enjoyed the best years of his career. 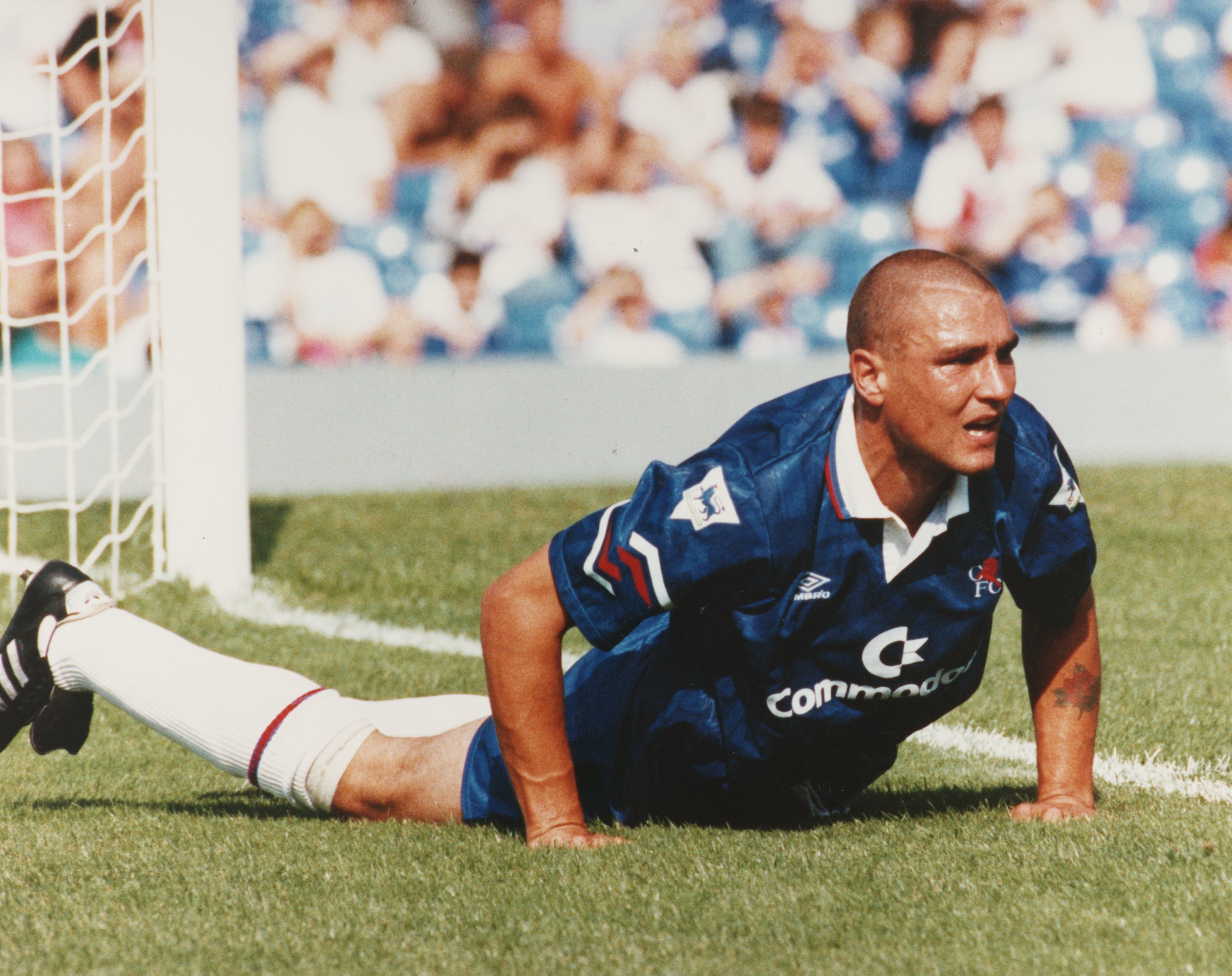 Vinnie Jones was slapped with a six-month ban for ‘bringing the game into disrepute’ in 1992Credit: News Group Newspapers Ltd

IN 1992, Jones hosted a video called ‘Soccer’s Hard Men’, which featured clips of football’s dirtiest players and offered advice on how to be a ‘hard man’.

Jones as fined £20,000 and banned for six months for ‘bringing the game into disrepute’.

The ban was suspended for three years, but after failing to stay out of trouble – including missing an FA hearing for his on-pitch behaviour – it was enforced. 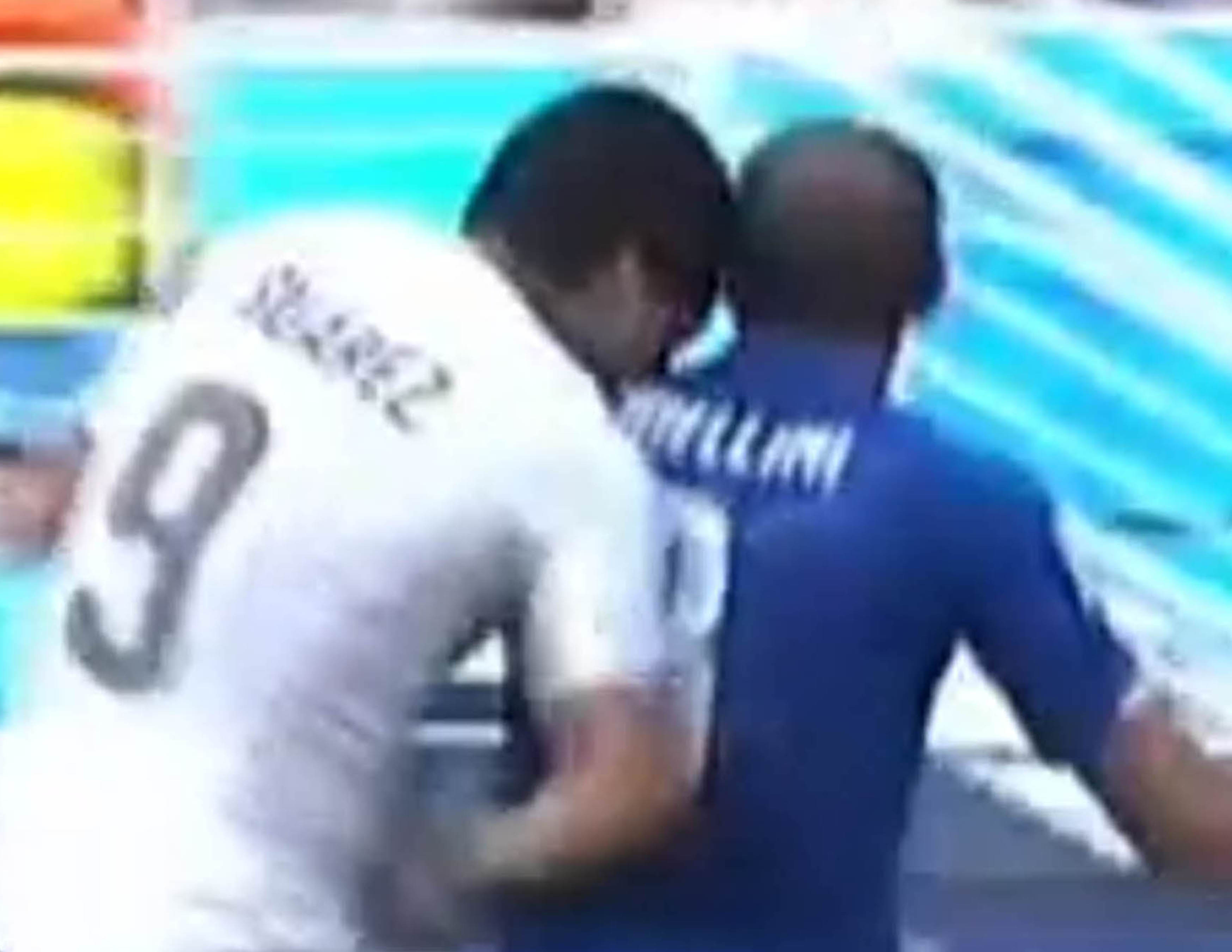 Suarez was banned for four months for biting Chiellini at the 2014 World CupCredit: BBC

HAVING already been caught biting twice – during his time at Ajax and Liverpool – Suarez was banned for four months after sinking his teeth into Italy star Giorgio Chiellini at the 2014 World Cup.

That meant the Uruguayan would miss the first few months of his Barcelona career, after agreeing to leave Liverpool that summer.

Suarez was also banned for eight games and fined £40,000 for an alleged incident of racial abuse at United star Evra in the 2011-12 season. 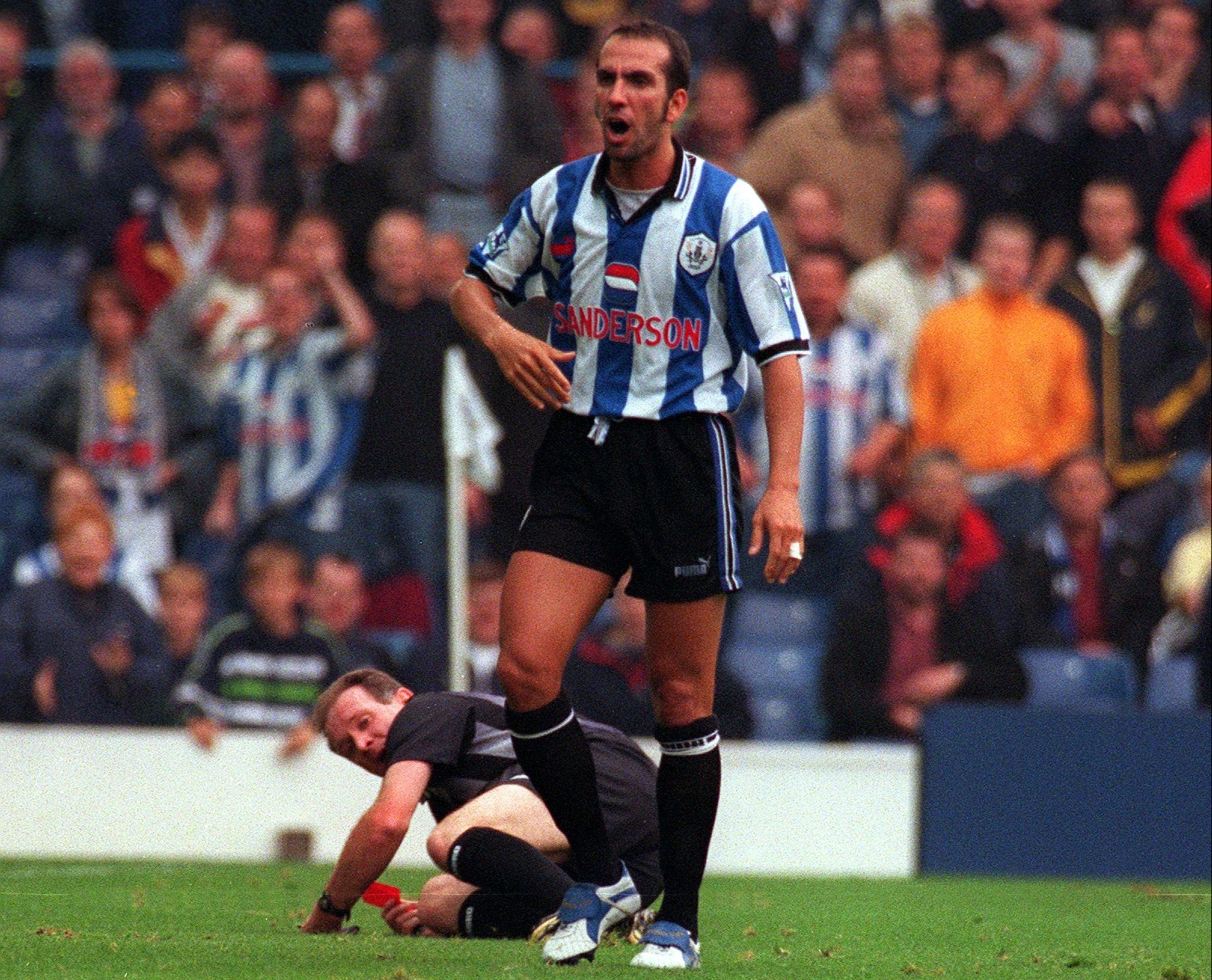 Di Canio was hit with an 11-game ban for pushing a ref in 1997Credit: Ross Parry

AFTER joining Sheffield Wednesday in 1997, Di Canio was the Owls’ top scorer during his debut season at the club.

But at the start of the following season, the Italian pushed referee Paul Alcock to the ground, sparking a huge scuffle during a clash with Arsenal.

Di Canio was banned for 11 games and fined £10,000 – and was sold to West Ham for a third of what they paid for him just over three months later. 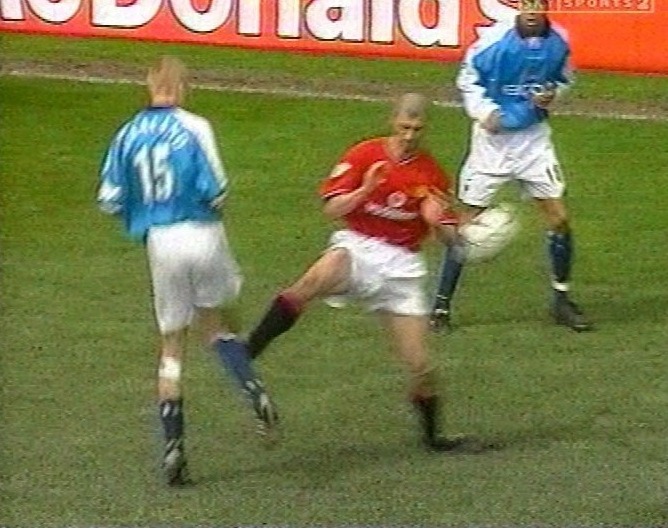 Keane was banned for eight games after admitting into wanting to hurt Alf-Inge HaalandCredit: Sky

IN 2001, Keane stole the headlines during a heated Manchester derby after clattering into Alf-Inge Haaland’s knee.

The Irishman was initially banned for three games and fined £5,000.

But after admitting to having premeditated the tackle, Keane was hit with a further five-game ban – for eight matches in total.

In his autobiography, Keane wrote: “I’d waited long enough. I f***ing hit him hard. The ball was there (I think). Take that you c**t.

“My attitude was, f*** him. What goes around comes around. He got his just rewards.

Haaland never played a full 90 minutes after that day, but it’s believed the cause of his problems stemmed from his other knee – not the one Keane damaged.