DANE SCARLETT became Tottenham’s youngest-ever Premier League player when he made his debut against West Brom on Sunday.

The 16-year-old attacking midfielder came on for Son Heung-min in the 90th minute and wrote himself into Spurs history. 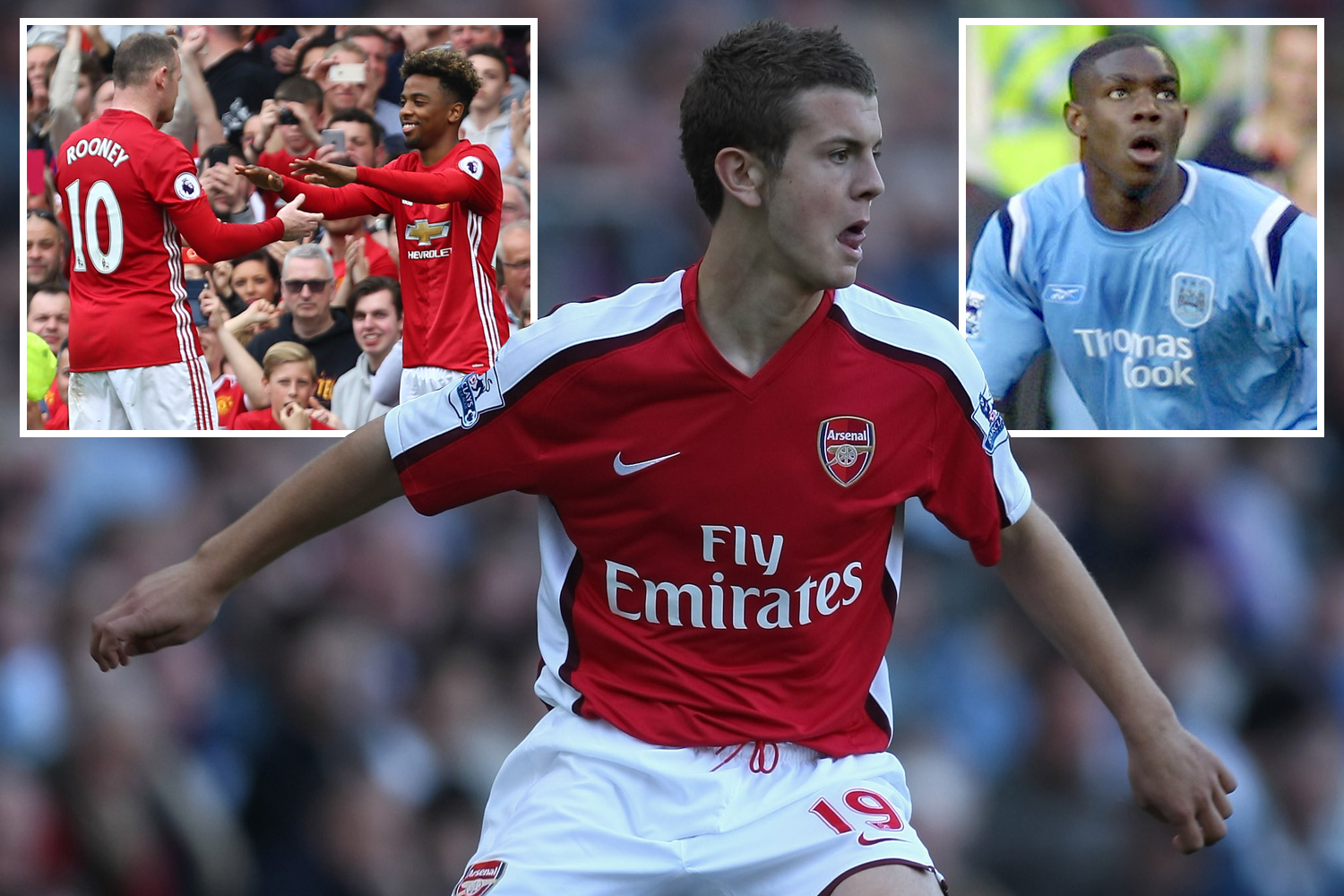 So that got us thinking – who is the youngest player to represent each current top-flight club in the Prem?

Well wonder no more as we reveal all, with their ages on Premier League debut and where they are now…

THEN: Wilshere had the world at his feet when he came on against Blackburn Rovers as a substitute for Robin van Persie in 2008. Injuries stopped him being a Gunners (and England) all-time great.

NOW: Is resurrecting his career on the South Coast with Championship promotion hopefuls Bournemouth. Scored in Saturday’s win over Birmingham. 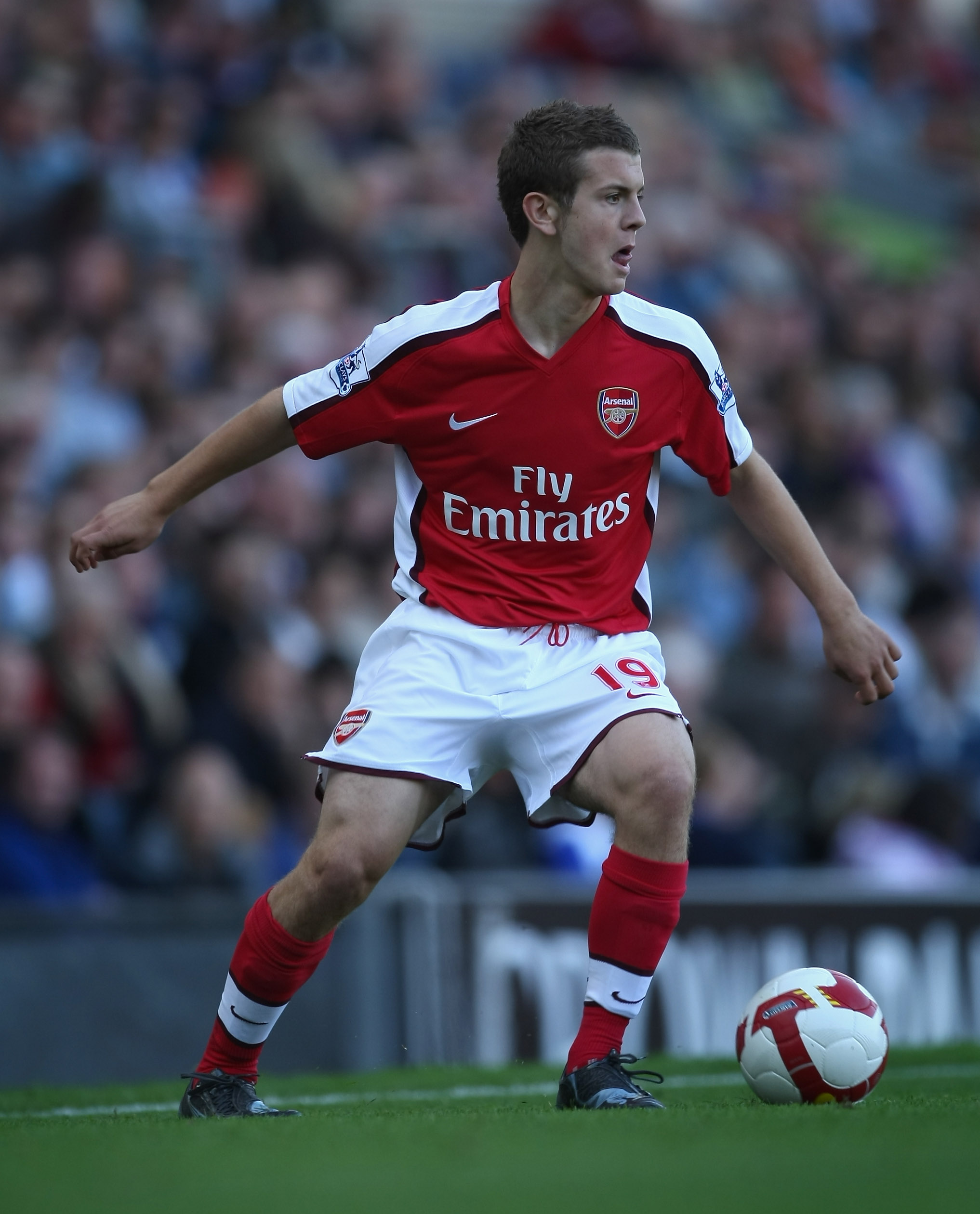 THEN: The midfielder came on against Sunderland in 2015 but has made just one Prem appearance since, finding himself farmed out on loan.

NOW: Hepburn-Murphy sealed a move to Pafos in the Cypriot First Division last summer, netting his first goal for the club last month

THEN: The oldest debutant on this list, the Seagulls academy product’s Prem bow came in a 4-0 defeat by Manchester City in at the end of August 2019.

NOW: Still an integral part of Graham Potter’s squad, the Ireland forward has netted twice in the top-flight this season.

THEN: A dream debut for the Australian midfielder in the Clarets’ 2-0 win over Liverpool in 2016, but he could not nail down a first-team spot.

NOW: He has been back Down Under for the last two years and recently made a permanent to Melbourne City. 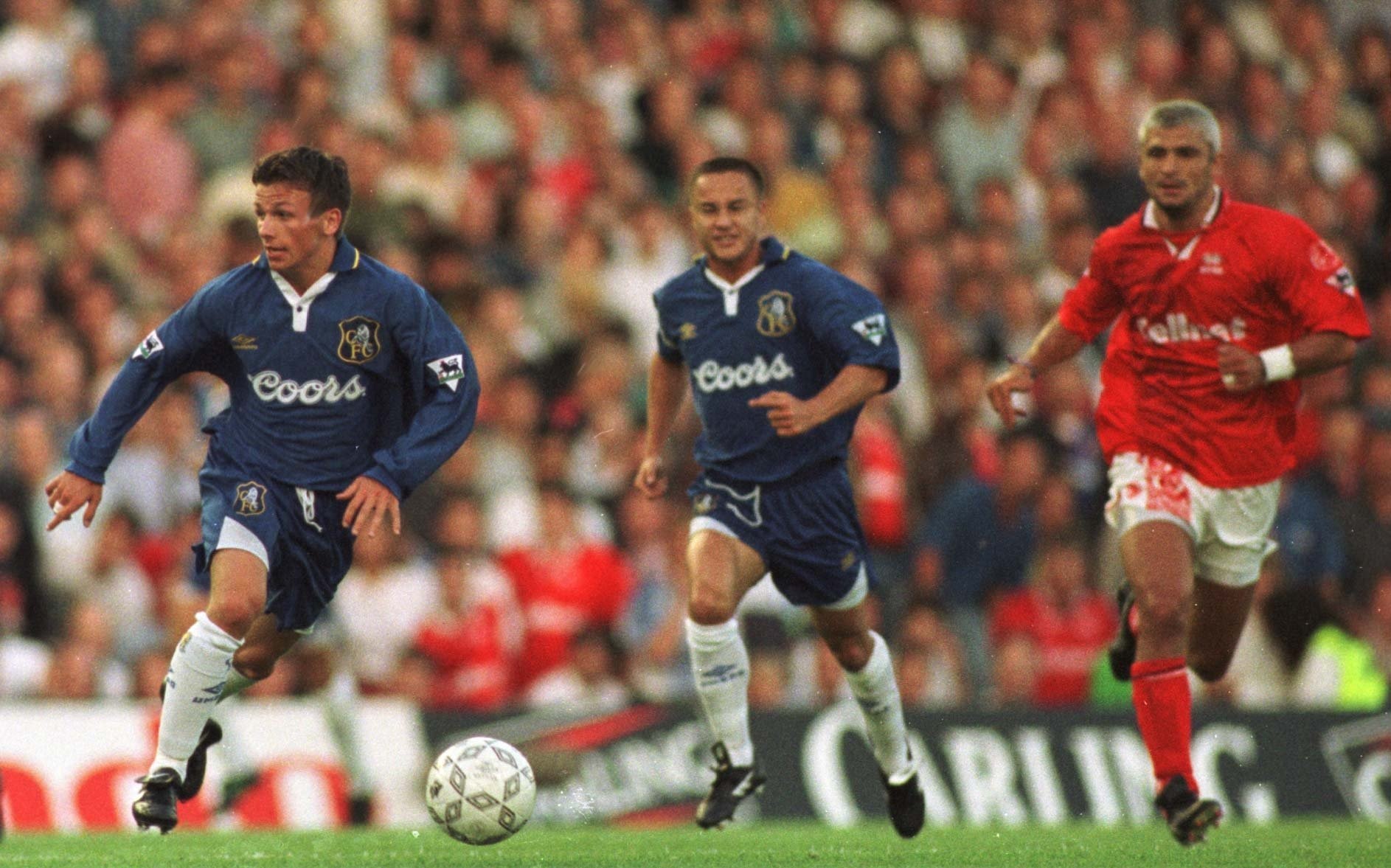 Jody Morris made his Chelsea Prem debut in the 20th century – and was recently canned as assistant bossCredit: Times Newspapers Ltd

THEN: The combative midfielder grew up a stone’s throw from Stamford Bridge and his Chelsea debut came against Middlesbrough in 1996. He went on to win the FA Cup.

THEN: Big striker Ndah’s Premier League bow was a baptism of fire – a 5-0 cuffing at Anfield back in November 1992!

NOW: Retired in 2006 after a 14-year professional career. His son Max plays non-League football, being on the books of the likes of Staines Town and Aylesbury.

THEN: The Toffees had high hopes for the midfielder who made his Prem debut against Blackburn in August 2008 and became the club’s youngest-ever starter in their next Prem fixture against West Brom.

NOW: After a nomadic and colourful career in England, which included a drugs ban and him being binned by Sheffield United, Baxter is playing in America with Memphis 901. 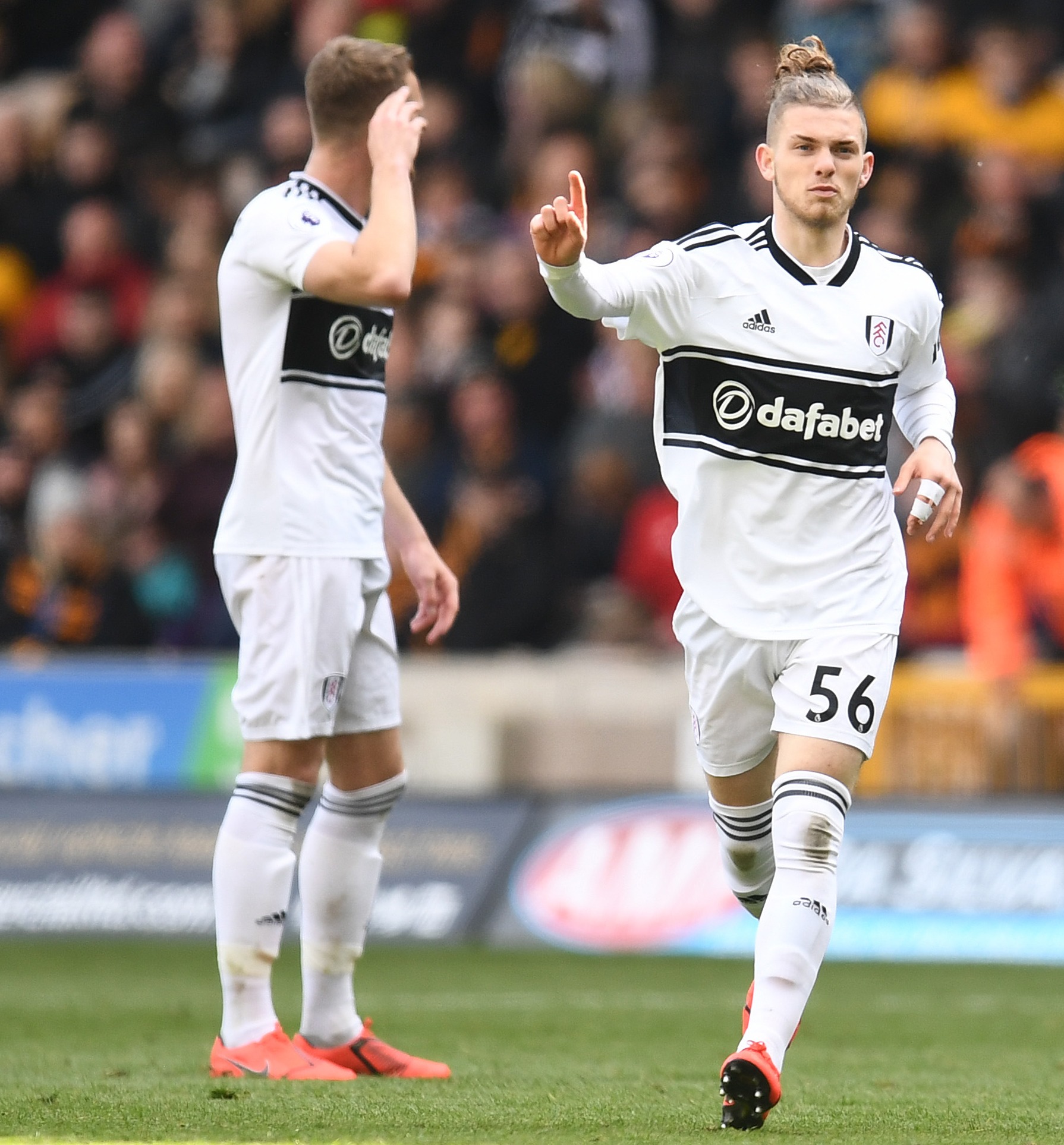 Harvey Elliott is still the youngest player to ever appear in the Prem after his debut for Fulham at Wolves at the age of 16 and 30 daysCredit: Rex Features

THEN: Became the youngest ever Premier League player against Wolves in 2019 before moving to Liverpool.

NOW: Attacking midfielder is on loan at Blackburn and tearing up the Championship with Tony Mowbray’s side, with four goals so far.

THEN: A jet-heeled whipper-snapper, Leeds lad Lennon made his Prem debut when Peter Reid gave pace a chance against Tottenham in 2003 –  but was sold to Spurs when it all went to ‘ell at Elland Road.

THEN: Leicester lad Emile William Ivanhoe Heskey went into battle against QPR in March 1995. He went to score 33 Premier League goals for Leicester City before he moved on to greater things at Liverpool and he even scored for England in Germany in 2001.

NOW: Retired from playing in 2016 after a spell with Bolton. He is now a Women’s Ambassador and coach at Leicester and a co-founder of the Player 4 Player football consultancy.

THEN: Full-back Robinson made his Liverpool debut at Hull City in 2010 but his Kop career wasn’t quite Anfield of dreams as he only played a further two matches

NOW: The left-back is in the Premier League with Sheffield United – albeit at the bottom of the table. 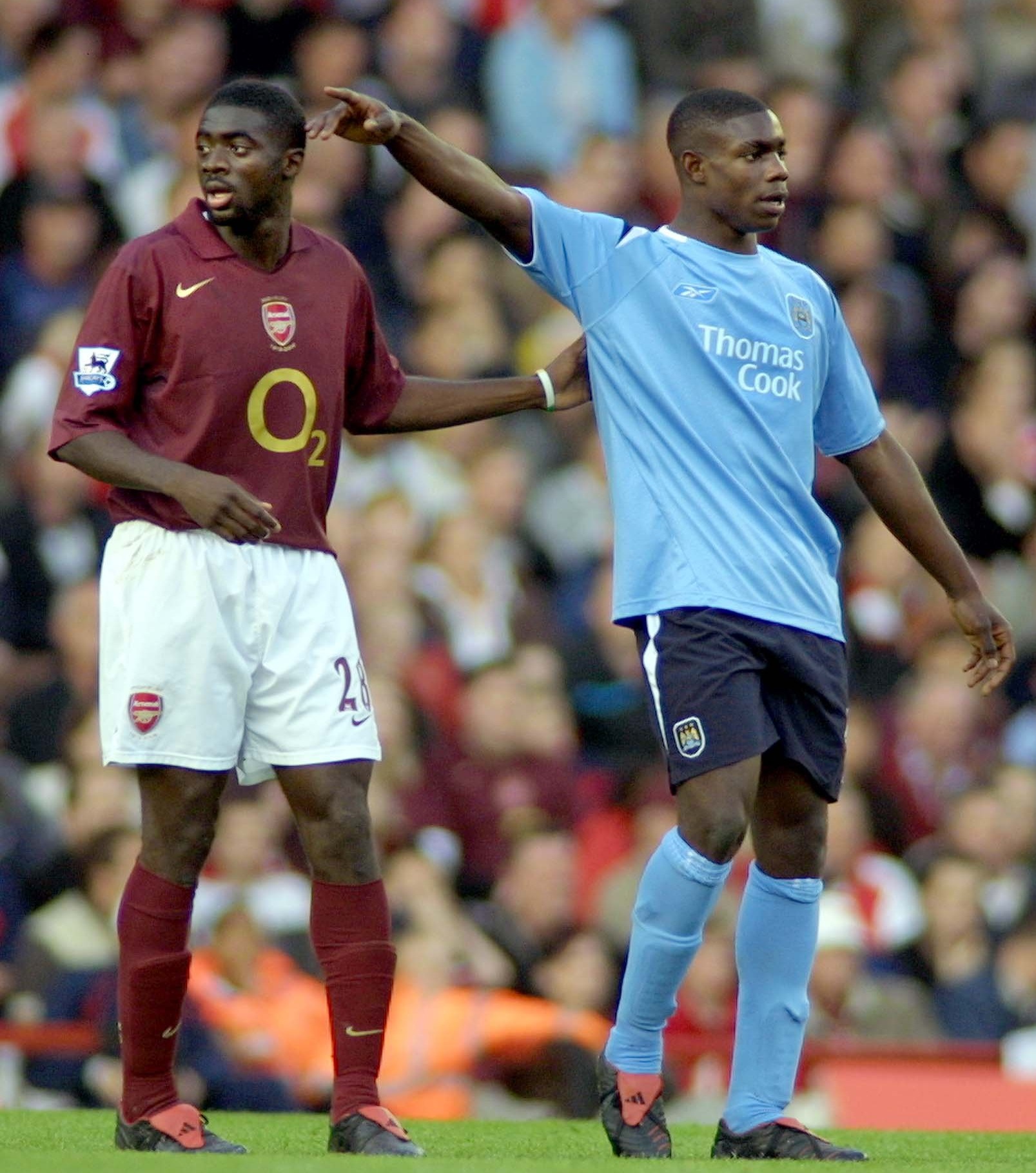 THEN: A defender who had pace, power and a prodigious leap, Richards made his Prem debut in October 2005 at Arsenal, pre-Sheikhs and the City. Richards spent a further decade at the Etihad but then his career lost its way at Aston Villa.

NOW: One half of Sky Sports’ studio bromance with Roy Keane, Richards has taken to life behind the Mic and is one of the best and most knowledgeable pundits on our screens. He also has the best laugh in football.

THEN: The first player born in the 21st century to play in the Premier League when he replaced Wayne Rooney in the second half against Crystal Palace on the final day of the 2016-17 season.

NOW: Gomes’ United career never took off and Nani’s godson is now at Boavista on loan from French club Lille. 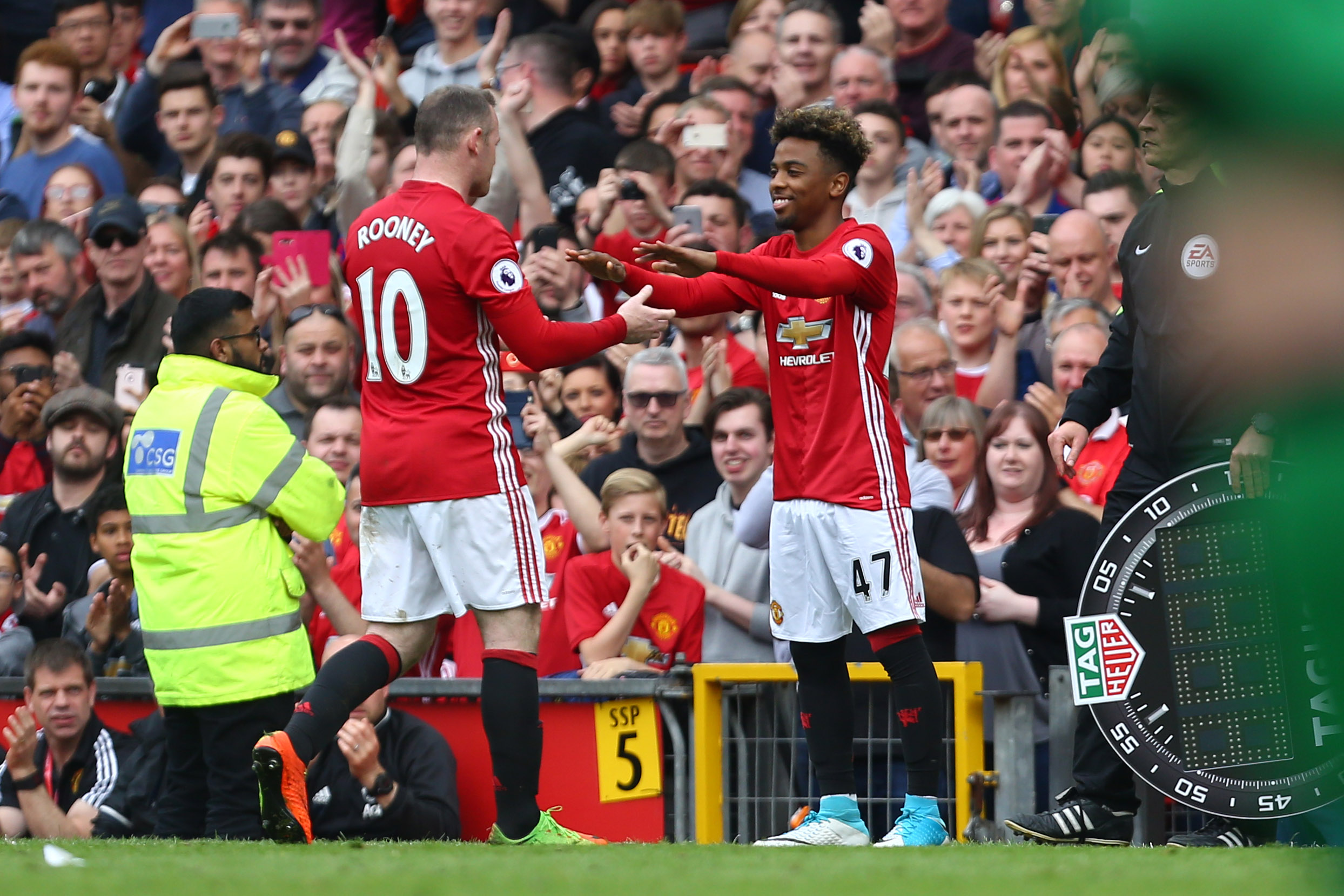 Angel Gomes was the first person born in the 21st century to play in the Premier LeagueCredit: Rex Features

THEN: Slightly overshadowed by older brother Lomana, Kazenga made his Prem bow against Bolton in January 2008 but could never force his way into the Newcastle first-team reckoning.

NOW: The younger LuaLua has had a good career below the top flight and is an integral part of the Luton squad in the Championship.

THEN: You don’t have to go too far back for Hackford’s Blades Prem debut – only to last month, in fact. The striker was brought on for the final 10 minutes of the 2-0 defeat at Crystal Palace.

NOW: Has not made another top-flight appearance for Chris Wilder’s strugglers, possibly in case his confidence takes a hit.

THEN: Shaw burst onto the scene and made his debut in the Premier League for Southampton against Swansea in 2012. He became the world’s most expensive teenage defender when he signed for Manchester United for £33million in 2014.

NOW: Is starting to become the player United hoped they bought after plenty of injury nightmares. Left-back is a real attacking threat under Ole Gunnar Solskjaer and is in the top three for Prem chances created by defenders this season. 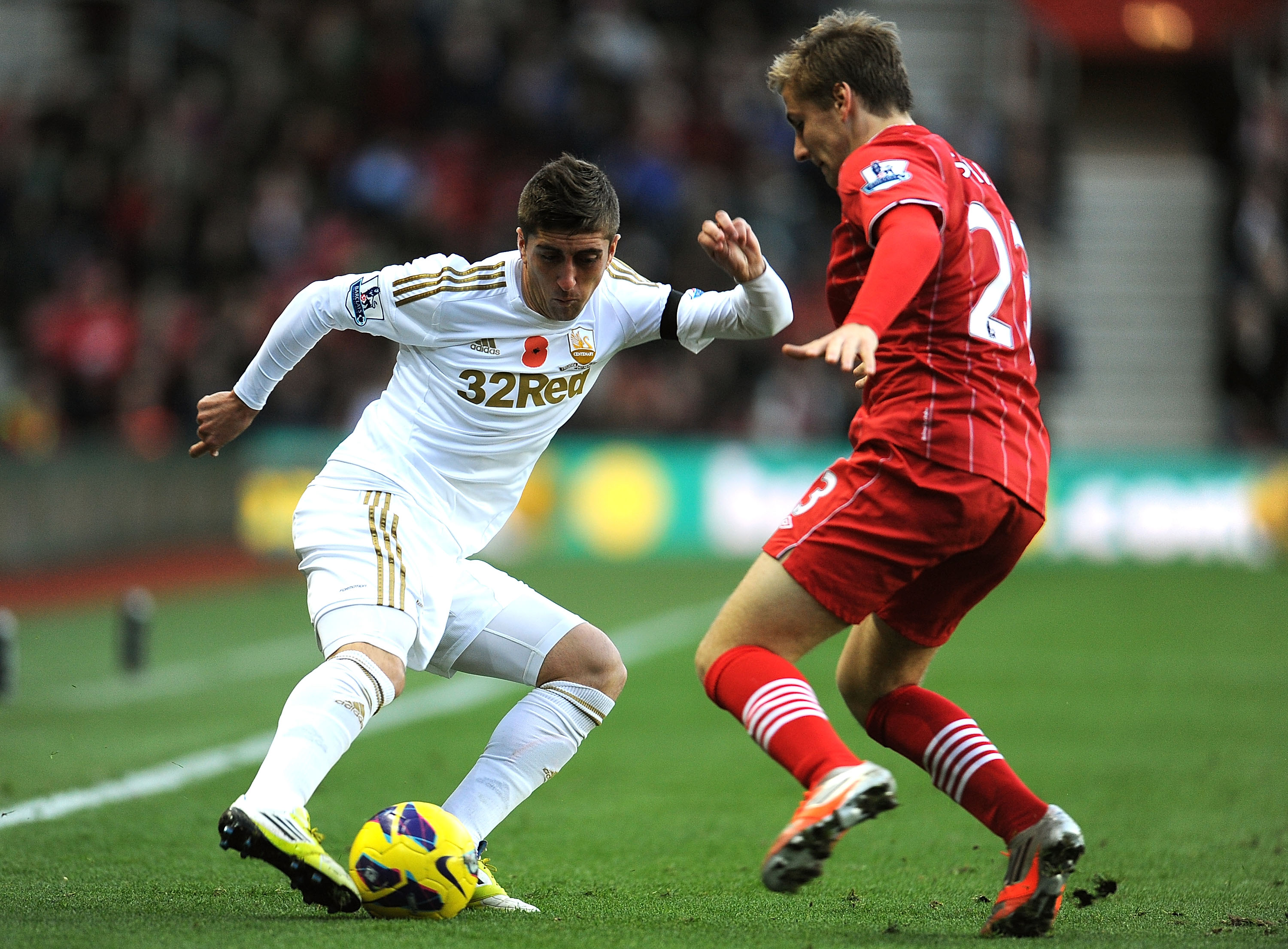 He Shaw Lukes different – the left-back on his Saints Prem debut in 2012Credit: Getty Images – Getty 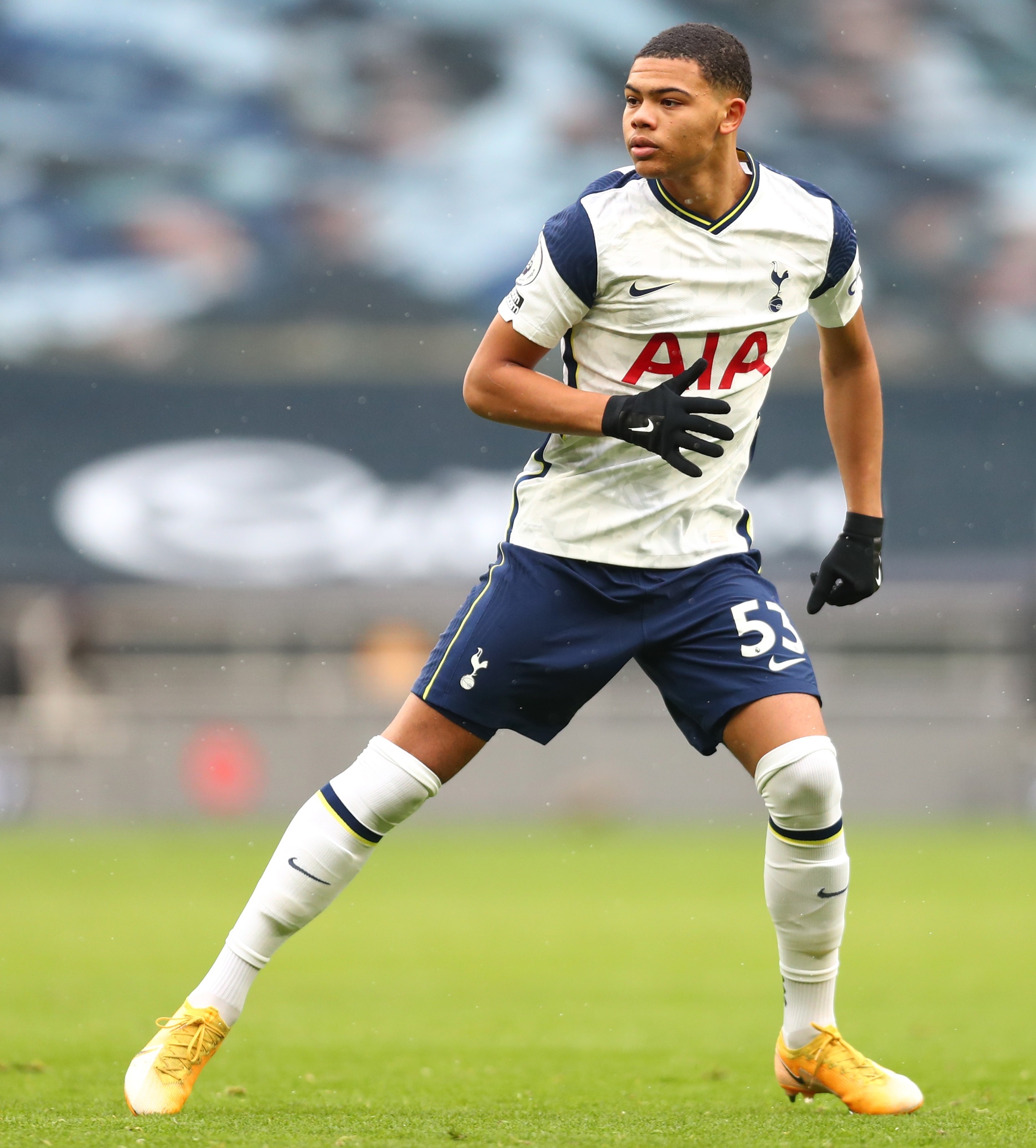 THEN: Forward made debut in win over West Brom on Sunday, replacing Son in added time.

NOW: It was only two days ago! Give him a chance…

THEN: Winger’s West Brom debut came against Wigan in May 2013 and after impressing at youth level he was snapped up by Chelsea.

NOW: Is in his seventh loan spell away from Stamford Bridge, at Championship strugglers Sheffield Wednesday. He has only ever played once in the Prem for the Blues – but has a title winner’s medal! 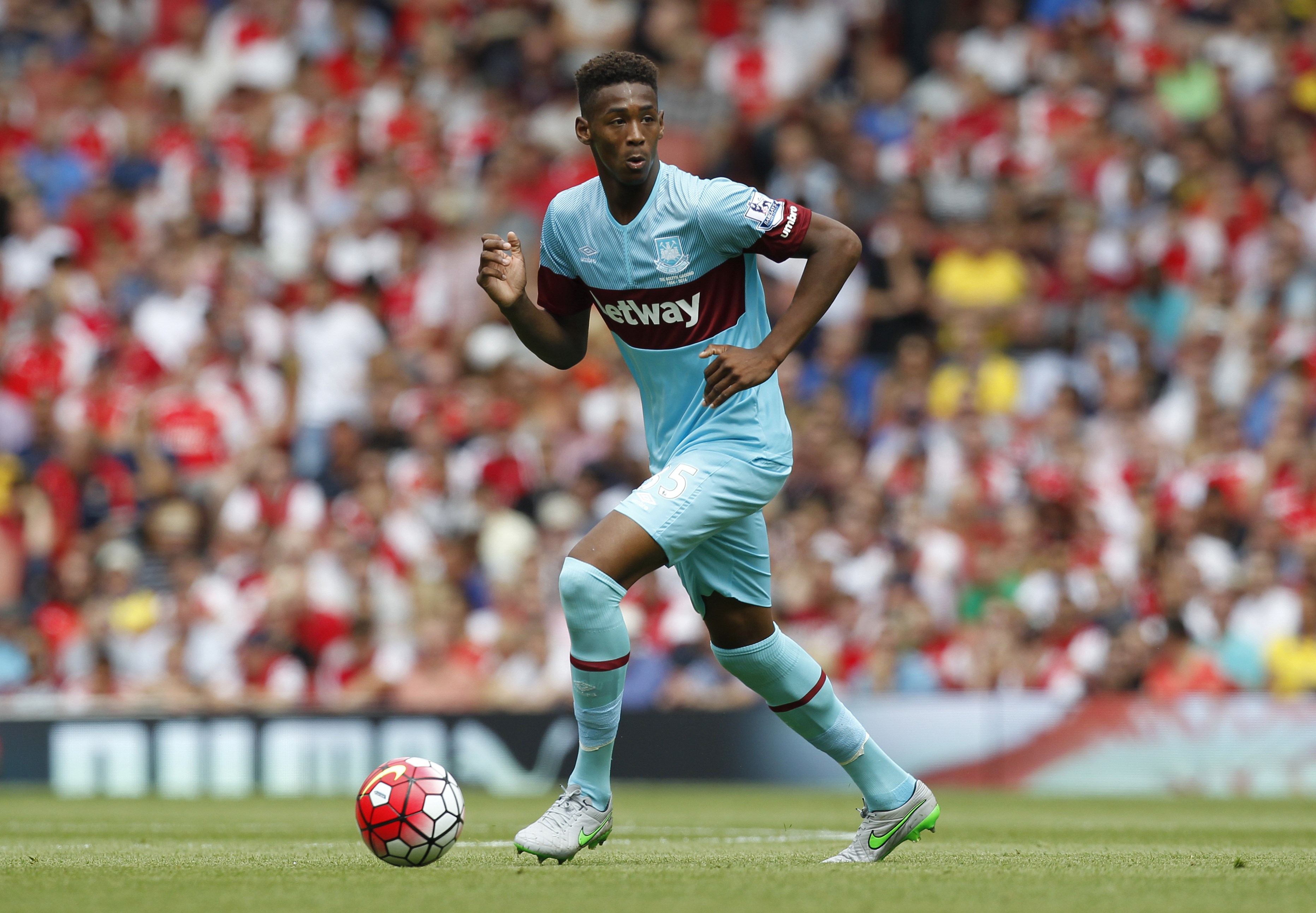 Reece was the word after Oxford’s stunning debut for West Ham at the EmiratesCredit: AFP

THEN: Absolutely dominated an Arsenal midfield containing Mesut Ozil, Aaron Ramsey and Santi Cazorla on his Hammers Prem debut at the Emirates in August 2015. That got them excited at ‘the Academy of Football’.

NOW: Was a trailblazer in many ways, moving from England to Germany in 2017, but is in the midst of a frustrating spell at Augsburg, who he joined from Borussia Monchengladbach.

THEN: Irish-born forward’s Prem bow came against Chelsea in November 2011 but his Molineux career never took off.

NOW: An important part of Karl Robinson’s squad at League One Oxford.

Boy, 9, in a coma after crashing while being towed in a sledge by his dad’s jeep