CAMERON ARCHER illuminated this second round tie with a hat-trick as the lights literally went out on Barrow’s Carabao Cup dreams.

The 19-year-old opened the scoring in the 10th minute on his full debut and added two more after the break to take the match ball. 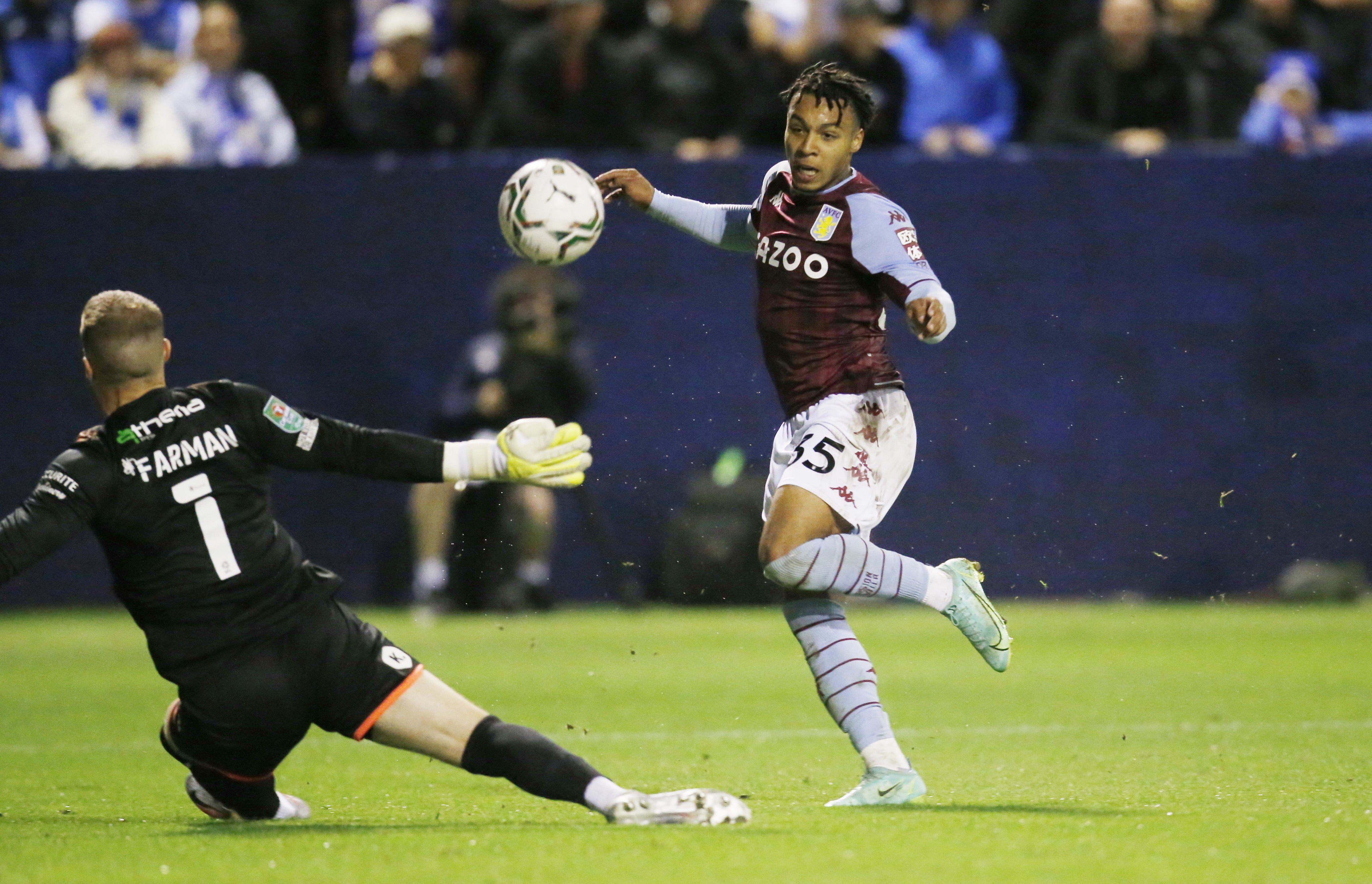 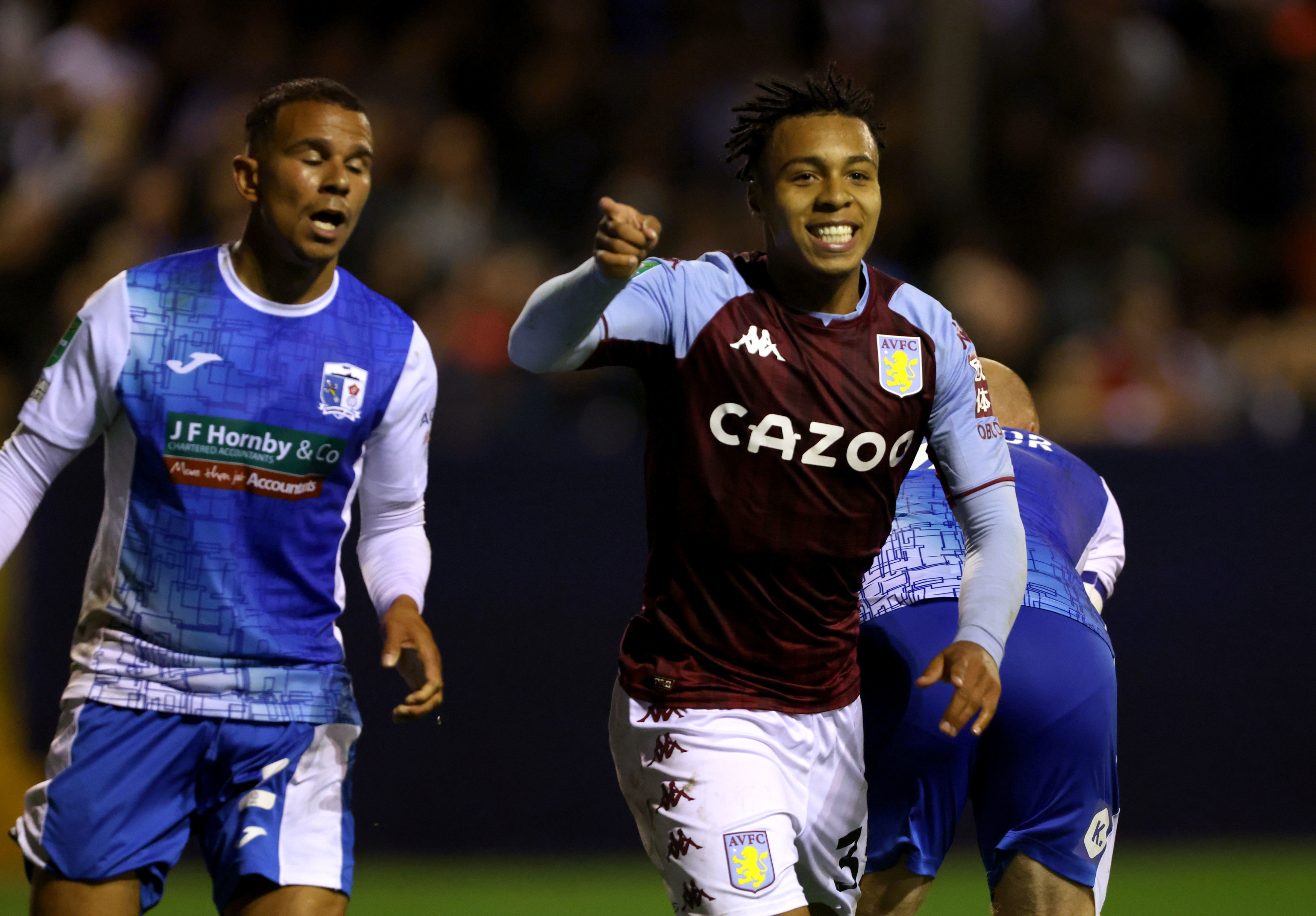 The 19-year-old fired three as Villa won 6-0 in the Carabao CupCredit: PA

He also managed to outshine Anwar El Ghazi – who was the only player to keep his place from Saturday’s win over Newcastle.

It all meant that despite a bright start things fizzled out for the League Two Cumbrians.

A wayward first half shot from striker Ozzy Zanzala clattered into the roof of the stand – and left a large bulb dangling down precariously.

The Bluebirds – in only their second campaign back in the Football League – have had a testing start to the season.

Boss Mark Cooper – son of former Birmingham boss Terry – became the fourth manager in the space of 12 months back in the summer.

A win over Scunthorpe in the last round set up one of the biggest nights in their history against the beaten finalists from 2020.

It almost got off to the perfect start too as Ollie Banks’ curling free-kick from the right evaded everyone and just drifted wide of the far post.

But it was the visitors who took an early lead as stand in skipper Conor Hourihane sprayed a ball out to El Ghazi on the left.

His low cross was dispatched emphatically by young striker Archer.

Midway through the first half they doubled their lead – and it looked a long way back for the Cumbrians.

Barrow could not stop Jaden Philogene-Bidace as he jinked into the box before Josh Gordon bundled him over.

The home side were appealing in vain for a spot-kick of their own soon afterwards when Zanzala went down under a challenge from Axel Tuanzebe.

The Congo forward then came agonisingly close to pulling one back when his looping header beat Jed Steer but was just inches too high.

His next effort was much wilder though – dislodging the light in the stand as it sailed high over the bar.

However any hopes of a comeback also fizzled out right on half time when Hourihane’s pass found Freddie Guilbert in space on the right.

Going in three goals down was harsh on Cooper’s men but they could have grabbed one back straight after the break when Banks’ shot was pushed round the post by Steer. 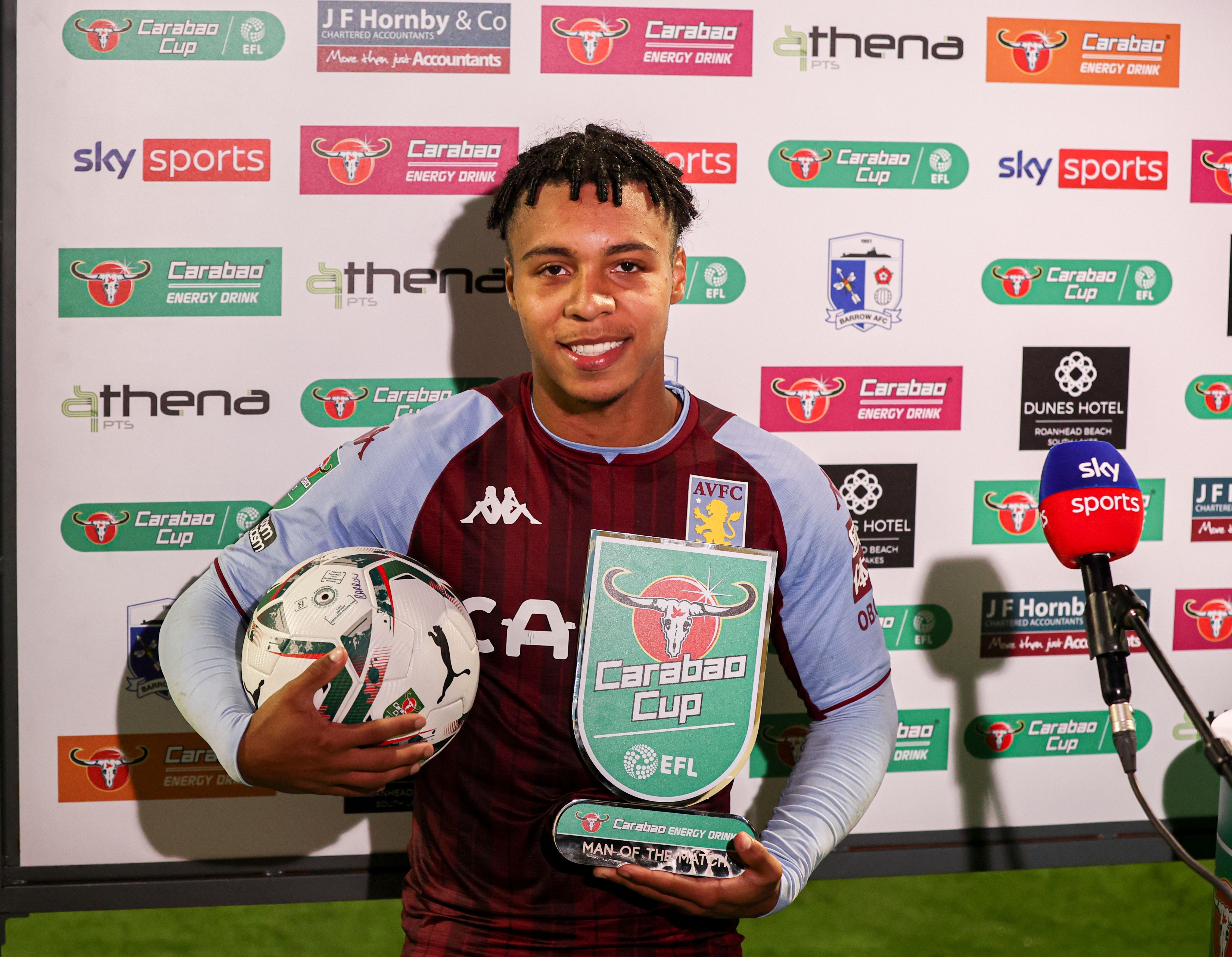 Cameron Archer picked up the man-of-the-match trophy after his brilliant hat-trickCredit: Rex

However the visitors were far more clinical and just after the hour El Ghazi slipped in Archer who ran clear and calmly chipped Farman to make it four.

Then Philogene-Bidace raced through on goal and was denied bravely by the keeper – but Guilbert picked up the loose ball and smacked it in the corner.

And Archer made it six as he collected a pass from Philogene-Bidace before burying his finish across the keeper.

Meagan Good Has Dealt With Hair Ignorance for ‘Past 25 Years’