ELLEN WHITE believes the title race could be the most exciting ever after she snatched Vivianne Miedema’s top scorer crown. 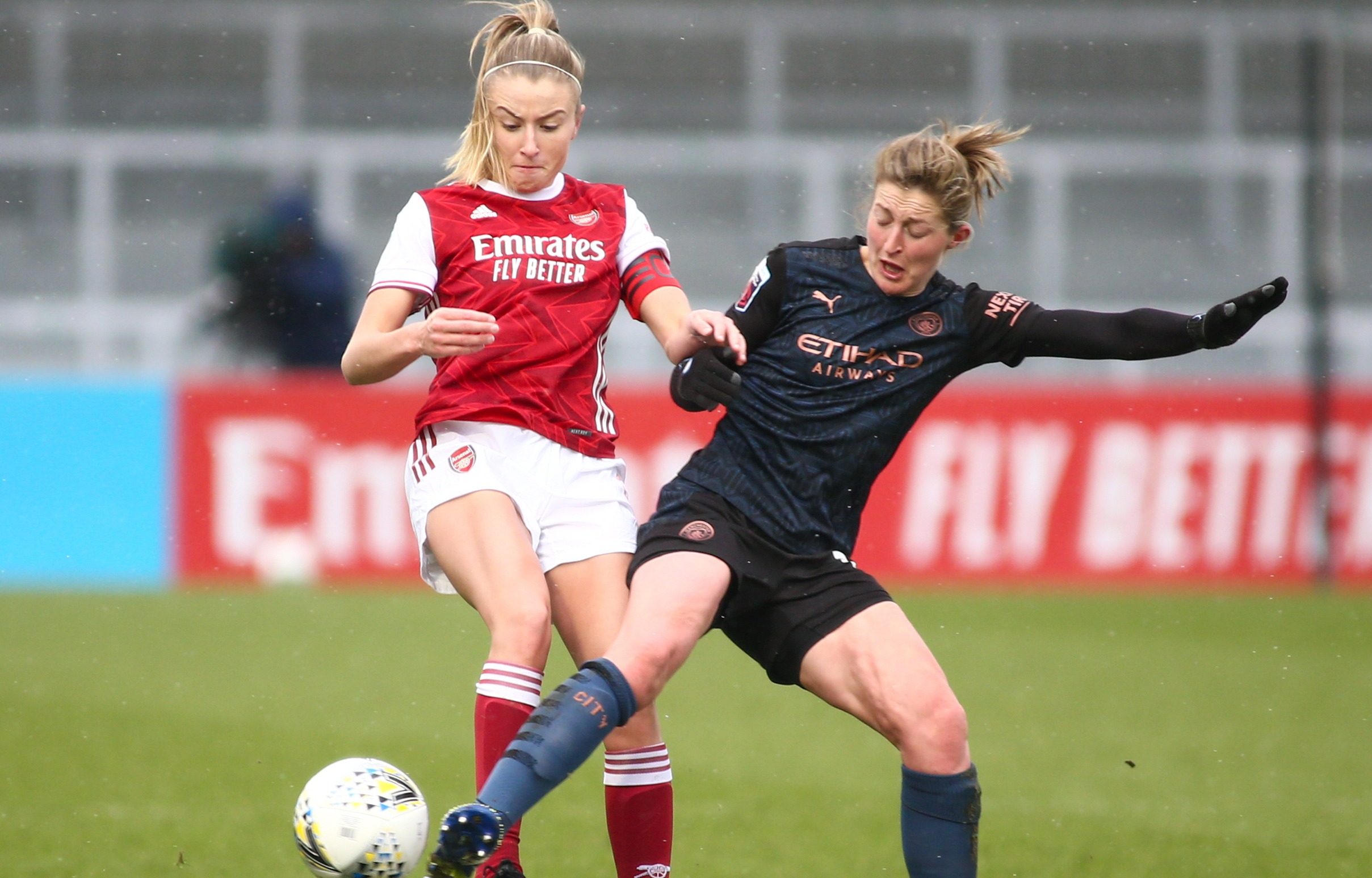 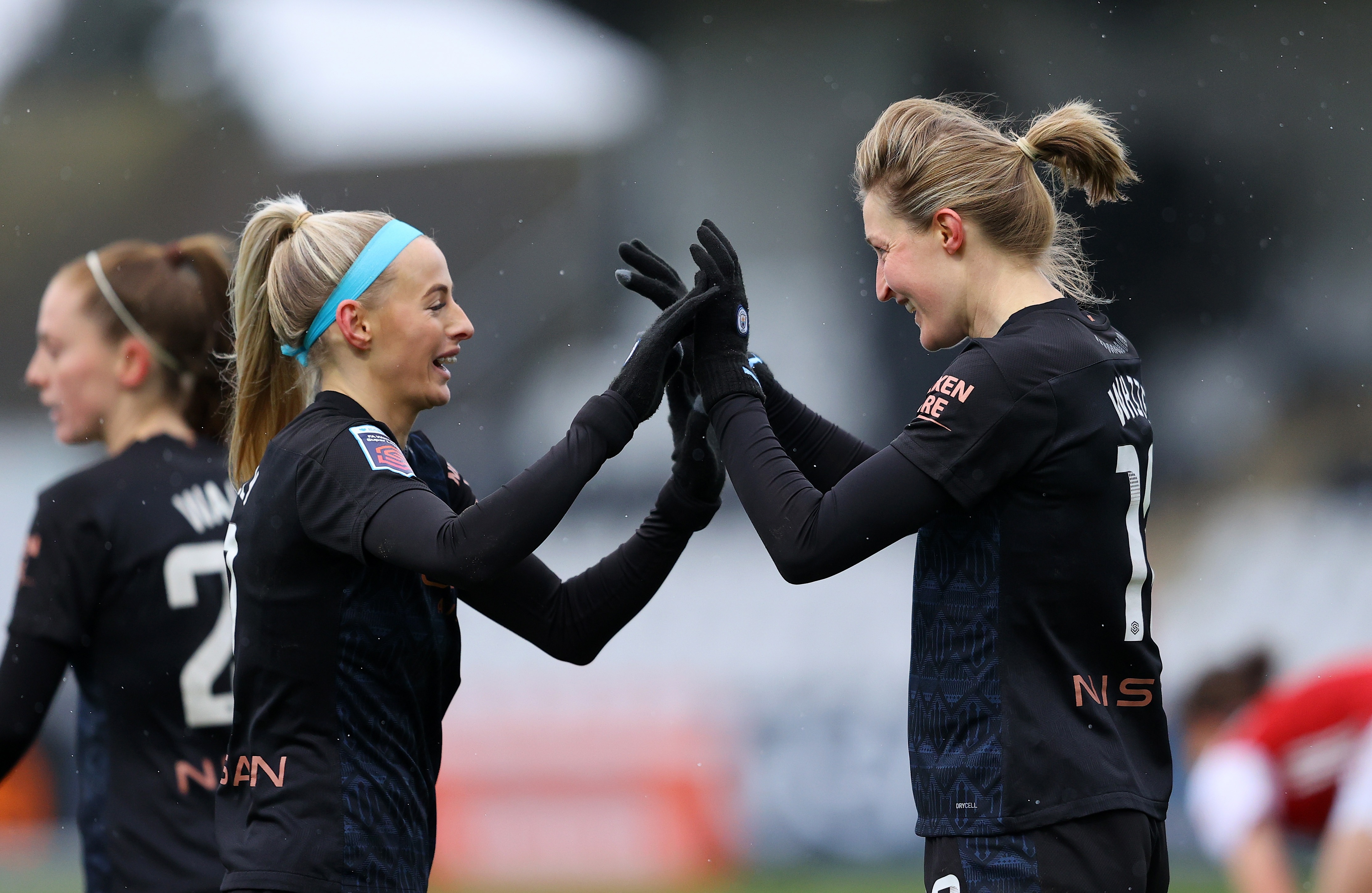 Chloe Kelly and White were clinical in attack helping City to register their second WSL win against Arsenal this termCredit: Getty Images – Getty

Despite netting her 55th goal to surpass Miedema’s WSL record, the England hotshot says her focus is on City’s fight for league supremacy.

White said: “I think [the title race] is potentially the best ever. It’s nice for me [to break the WSL goalscoring record] but I just want to concentrate on what I can do for the team.

“Obviously I’m a goalscorer, I want to score goals in any way I can help the team.

“But for me it was all about the result today and thankfully we got the win.

“Today it was three points away from home in tough conditions in a scrappy game, but I think it showed our grit and determination as a squad.

“We heard about the other results but we have got a big game on Friday with Man United.

“We are delighted with the three points but now we have to focus on that.

“We just want to keep our momentum and confidence going in the league.” 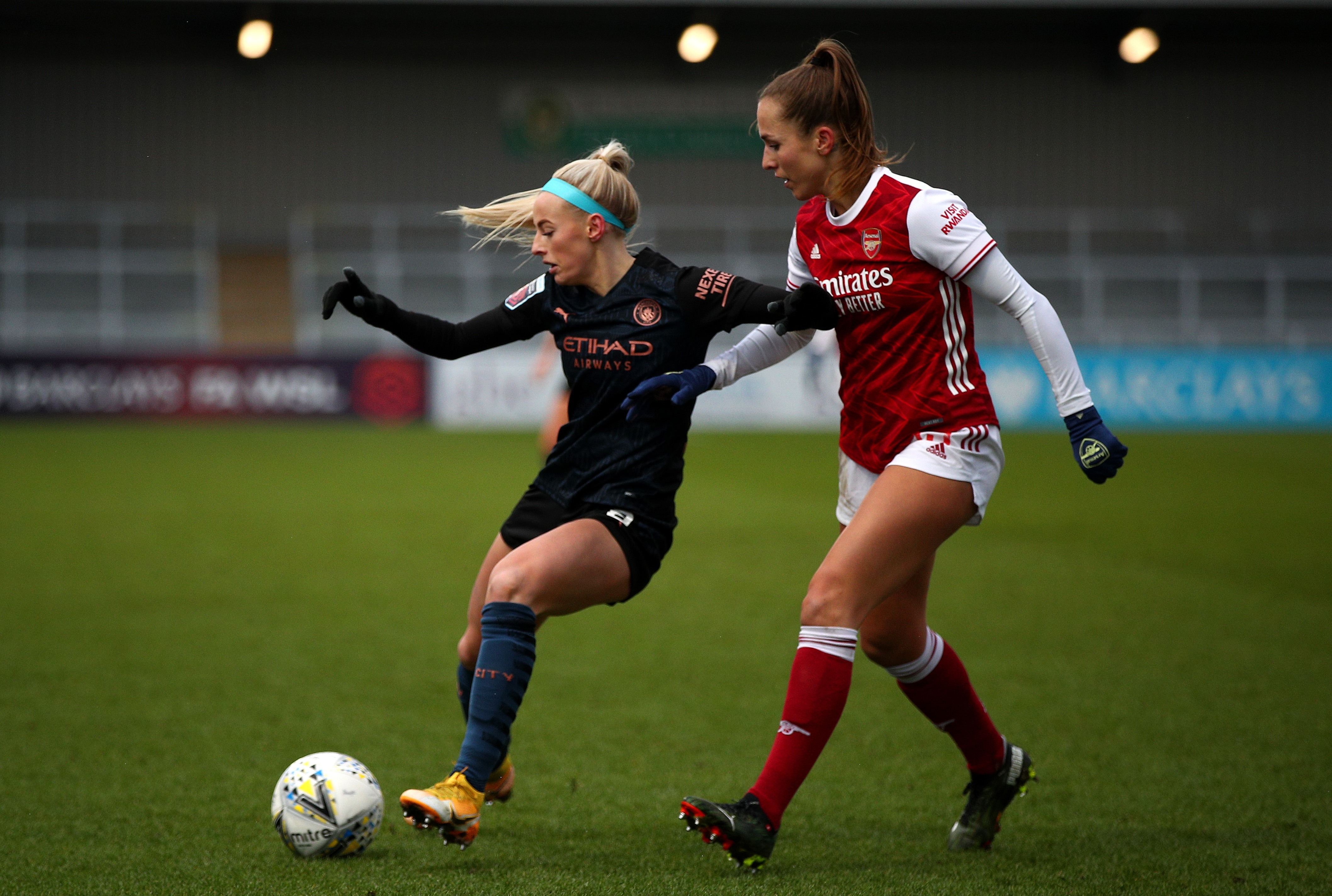 Chloe Kelly’s crosses proved to be clinical for Man City setting up both goals against ArsenalCredit: Getty Images – Getty

The Gunners came into the game eager to shake-off their rustiness having seen two previous fixtures kiboshed due to pitch problems.

But after a cagey start, with both teams struggling to click in the final third, it was the visitors who took the lead in the 12th minute through White.

The hosts, stunned by the opener, tried to hit back almost immediately with Beth Mead forcing an easy save from Ellie Roebuck close to the half-hour mark.

And they had a goal disallowed close to half-time with Jill Roord inches offside after burying Miedema’s through ball.

The Gunners began the second-half determined to get back on equal terms swiftly.

And momentum looked as if it would shift their way with unmarked Caitlin Foord levelling in the 57th minute.

This included White hitting the woodwork after going one-on-one with Zinsberger with 19 minutes of normal time remaining. 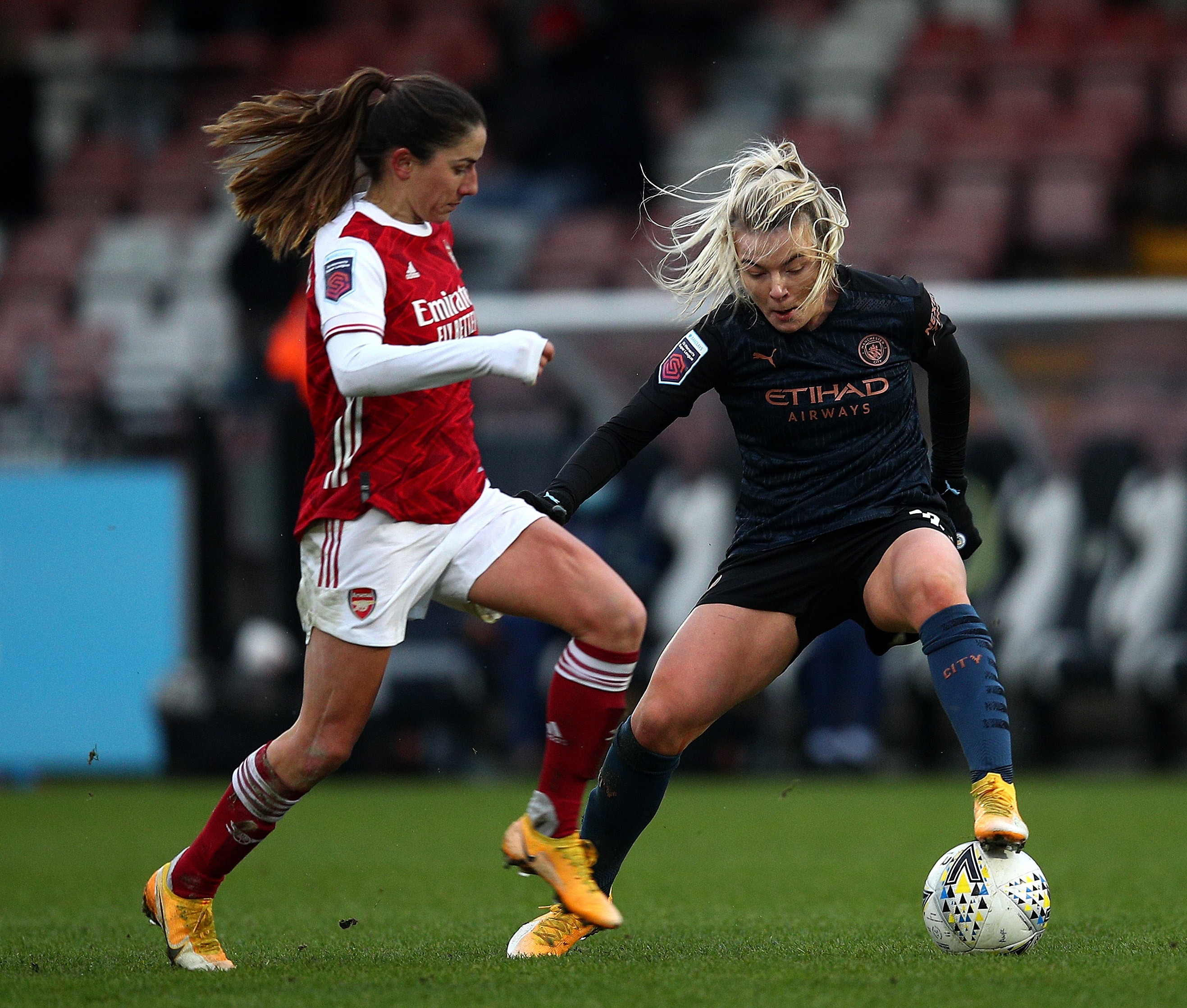 It was enough to see Joe Montemurro’s Arsenal side suffer their first home defeat since a loss to Chelsea in January 2020.

The result has left a minor dent in the Gunners’ Champions League hopes with the team now seven points behind third-placed City.

However, Arsenal have a game in hand and they face a tricky clash with the champions next.

Montemurro said: “In the end when you concede a lot of set plays in and around the box and corners you do lose a little bit of momentum.

“But all credit to City, they are a quality side.”

A massive derby clash with United, who suffered a surprise defeat at home to the Royals, is up next for City. 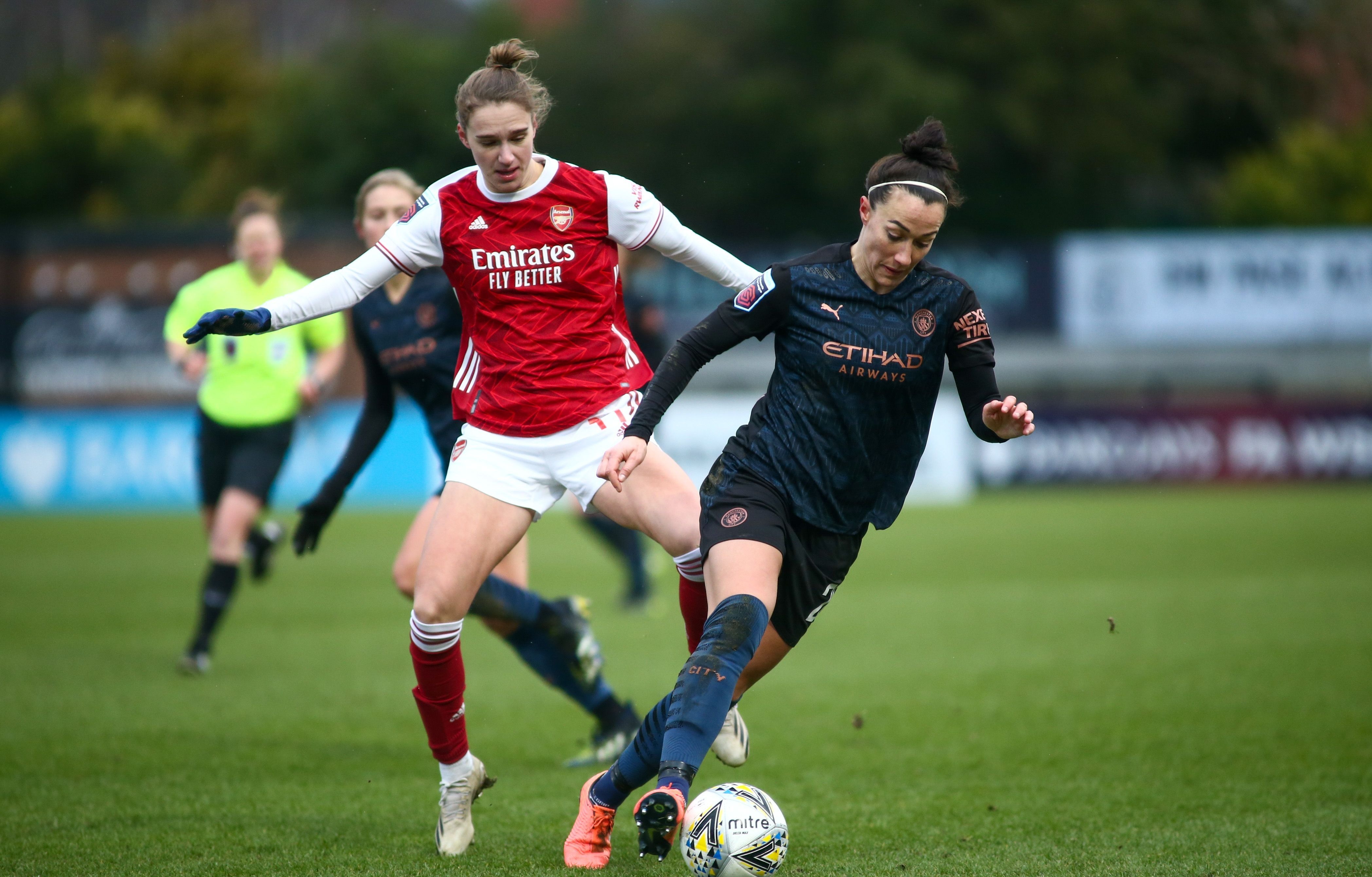 And Taylor has warned his side are ready to turn up the heat on the Red Devils and Chelsea following their results.

“A lot of people will be looking at those two results today and will be saying it’s a shock and a surprise, but this is football.

“Fortunately that hasn’t happened to us today and we move on to the next game.”

Chelsea, Arsenal and Man City in three-way Achraf Hakimi transfer fight with full-back up for £35m from Inter Milan

I sold my car, TV & nan’s ring to send my lover cash only to discover he was a con artist posing as a US soldier