The Hammers have been enjoying a remarkable campaign after narrowly avoiding relegation last season and Rice has been among those leading the charge. 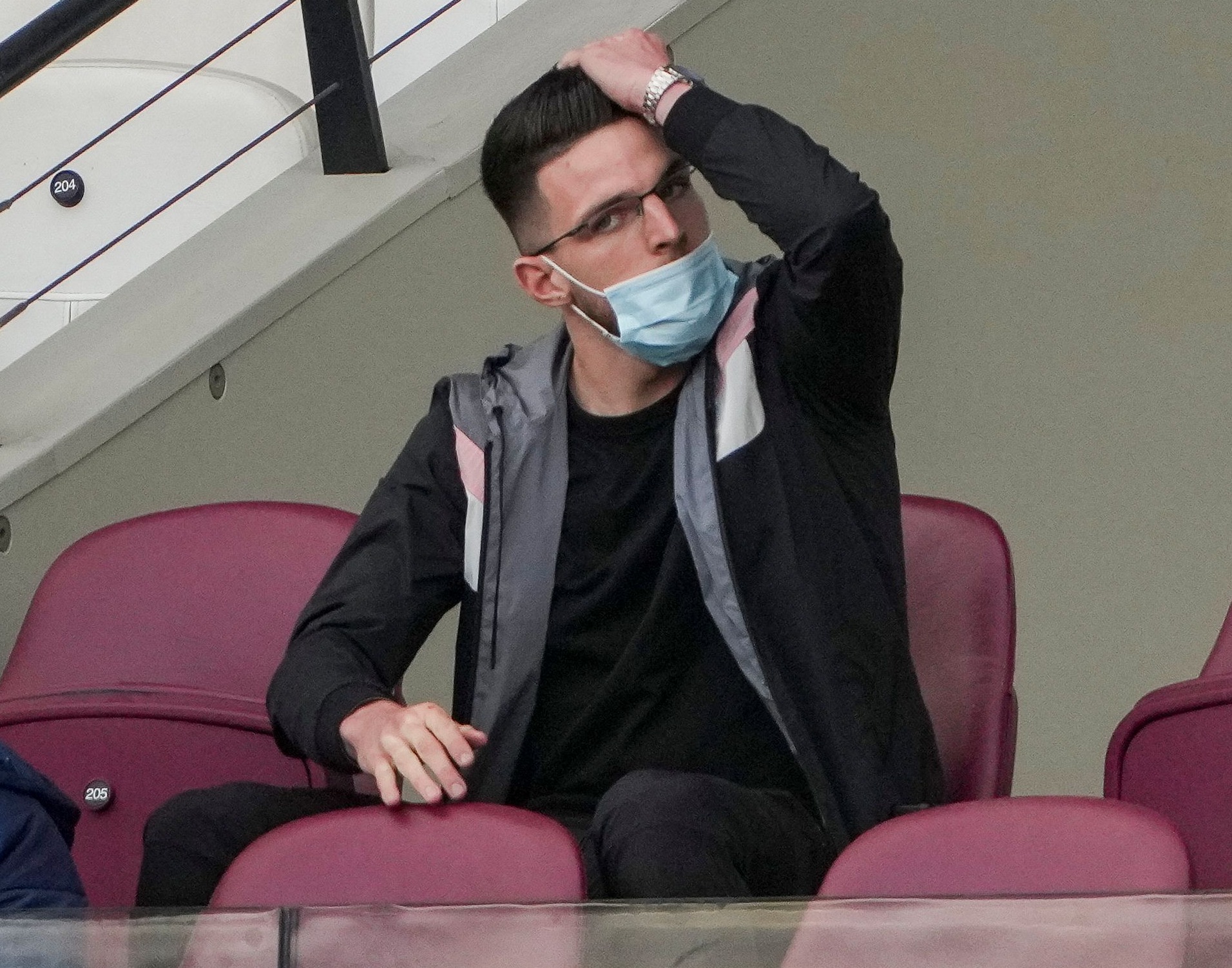 West Ham star Declan Rice has been linked with a move away from the HammersCredit: Rex

The east Londoners are determined to qualify for Europe and have recently been embroiled in a heated battle for a top-four finish.

However, Everton just handed them a major blow in their hopes of Champions League qualification after their 1-0 victory at the London Stadium.

David Moyes’ men are certainly not out of the race but they can’t afford any more woes as they are already five points away from the top four.

Rice, who is out with a knee injury, has admitted that playing in the Champions League has been a childhood dream of his.

The England international is fully focused on West Ham but has also been linked with the likes of Manchester City, Manchester United and Chelsea, who are also set for Champions League football.

Rice told BBC’s MOTDx: “To have that Champions League music playing, that’s where I want to be.

“It’s special, I can’t really describe it to be honest. As a kid it’s your dream, first of all to play in the Premier League, but to be competing for the Champions League [as well].

“You know West Ham, people say [we’re] a mid-table club and last three seasons we’ve been battling relegation. But this, what we’re doing now, has always been there. It was just about when. We’re on fire.

“We’re on course to have West Ham’s best ever season in the Premier League. That in itself is an achievement.

“There’s a great chance that we are going to get some sort of European spot.”