WHICH Timo Werner will turn up in Madrid on Tuesday?

The instinctive finisher who scored the only goal? Or the bag of nerves who fired wide with the goal gaping and missed the chance to put his side two-up? 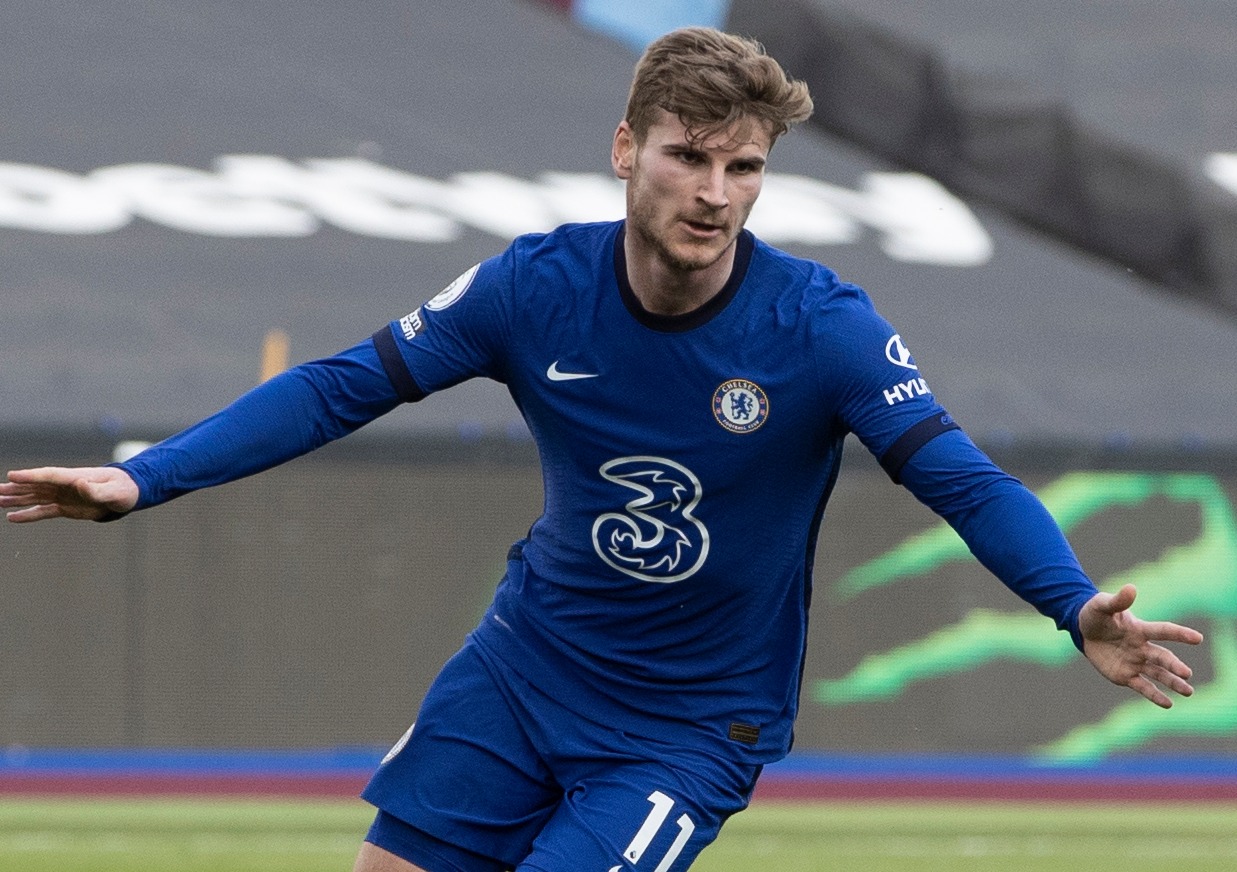 The answer may turn out to be crucial to the Blues’ chances of ending a challenging season on a massive high.

Because in high-stakes games like Champions League semi-finals, there is even less room for error than in crucial Premier League clashes like this one.

Werner’s second-half error did not cost his team in the race for the top four.

But similar wastefulness against a team as savvy as Real Madrid could severely damage their chances of reaching the final in Istanbul.

Werner’s all-round performance was impressive again, as it almost always is.

The first-time shot he applied to Ben Chilwell’s cross, to claim his first Premier League goal since February 15,  was clinical.

But for all the intelligence of the rest of the German’s game, it’s almost as if he functions better in front of goal when he doesn’t have time to think.

That certainly seemed the case when Lukasz Fabianski kept out Mason Mount’s shot and Werner somehow contrived to send the rebound well wide from close range.

In many ways, things seem to be falling into place for Thomas Tuchel and Chelsea as neatly as Chilwell’s cross found Werner for the opening goal.

Having ended Manchester City’s dreams of a Quadruple, the Blues have a treble of their own in their sights: FA Cup, top four and a Champions League triumph that would make this important result irrelevant.

Tuchel’s squad rotation is working, keeping his team on track in three competitions while at the same time keeping all of this players on-side.

He has a fully-fit squad to rotate, with the exception of Mateo Kovacic.

And he is finding the knack of winning games without playing outstandingly well, as was the case at the London Stadium where Werner’s goal came after a strong spell for West Ham.

But that won’t be enough to get past Real Madrid and go on to win the Champions League.

It might not be sufficient to see off Leicester in the FA Cup Final.

And with some tough league games still to come, Chelsea are not home and hosed yet in the race for the top four.

It would be a big surprise if the German did not start in Madrid on Tuesday.

But he needs to start taking more of his chances if Chelsea are to reach any of their goals.

Beyoncé, Noel Gallagher, The Who and more donate items