‘We understand how Donny feels’ 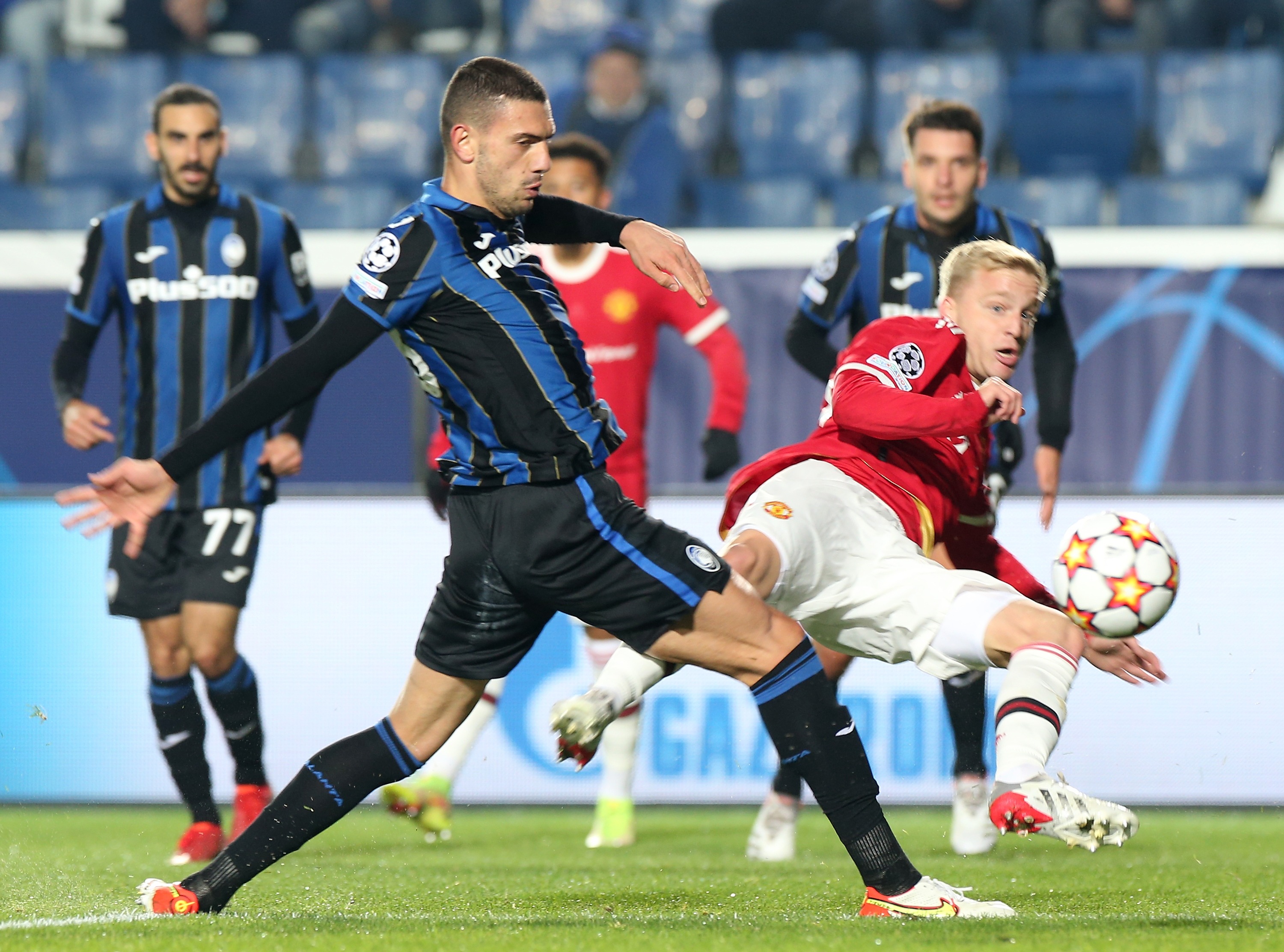 Donny van de Beek came on in the 87th minute at Atalanta as Man Utd went on to to nick a 2-2 draw to stay on course for the Champions League KO stagesCredit: Getty

He failed to land a summer move but Arsenal are reportedly pondering a January bid, with Newcastle another potential option.

But United left-back Shaw insists VDB is a ‘top professional’ who will get his chance at Old Trafford if he keeps ‘behaving’ in the same way.

Van de Beek, 24, has been sparingly used even as a sub this term.

“He is a great guy, a very sweet boy. We all love him and he is a top professional.

“It would not be surprising if he was disappointed or a little sad because he is not playing.

“But he always works hard, trains well and with his head held high.

“If he continues to behave like this, then I have no doubt, the chances are coming.”

VDB showed his fighting spirit after coming on near the end at Atalanta on Tuesday, before Cristiano Ronaldo rescued a 2-2 Champions League group draw.

The £39million playmaker posted on Instagram: “Never give up.”

And although he was praising United‘s determination, his won support on social media for his own battle to win over boss Ole Gunnar Solskjaer.

In all, though, VDB has amassed just one goal and two assists in 40 games for United.