MIDDLESBROUGH are back in the play-off hunt after coming from behind and hanging on with ten men against Huddersfield.

Isaac Mbenza’s stunning free-kick broke the deadlock, but a moment of magic from Duncan Watmore and Ashley Fletcher’s penalty Boro to within three points of the top six. 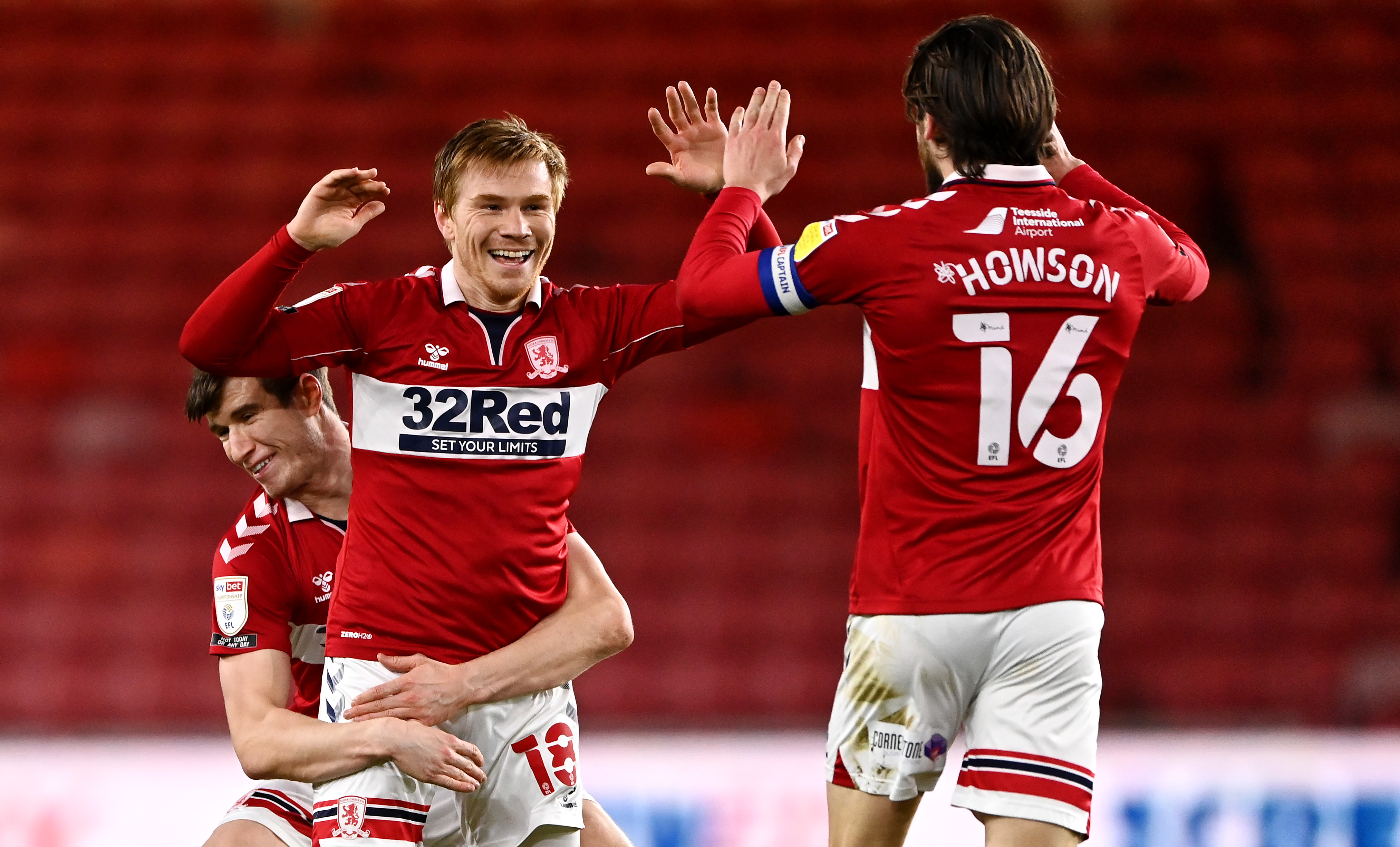 They were forced to do it the hard way after Paddy McNair was sent-off with ten to go but held on to ensure Carlos Corberan’s team remain winless since December 29.

Mbenza superbly curled home a free-kick to give his side a deserved lead.

Watmore watched agonisingly on as no-one was able to tap home after he toe poked the ball through the keeper’s legs and across the open goal from the right.

Passing was the last thing on his mind when he next picked up the ball out on the right as he majestically skipped inside past Lewis O’Brien and Sarr on to his left foot to curl it low round Ryan Schofield inside the far post.

Boro were asking all the questions now and took the lead before the break courtesy of Fletcher after Darnell Fisher had been chopped down.

And then Boro were forced to hold on for the final ten after McNair was shown a red for a studs-showing challenge on Bacuna.

But Neil Warnock’s side survived by a lick of paint as Phillips cut in from the left and beat the keeper only to see his shot hit the inside of the post and across goal to safety.

Warnock said: “Duncan’s getting fitter but if that goal was in the Premier League we’d be talking about it for weeks.

“We got caught the first ten minutes but after that we dominated and should have been out of sight by half time. And until the sending-off we were in control.

“The linesman gave it, he’s 30 yards away, how can he give it? It’s scandalous. If the ref had given it I could take it because he’s there. But it was the linesman and we will appeal.

“Paddy is distraught. He hasn’t touched him.”

Corberan said: “We started well and scored the goal. We struggled to contain Watmore, they started to play more physically, and we didn’t find a way to control it.

“They were two goals we should have avoided. But the reaction in the second half was what I was looking for.

“Being honest, I liked the reaction of the team. We started to move the ball and create the chances.

“We created enough chances to get something from the game but unfortunately we didn’t.”