Because the Watford goalkeeper is a true survivor, having come through homesickness, a broken back and frustrating spells on the bench in a ten-year tour of Britain. 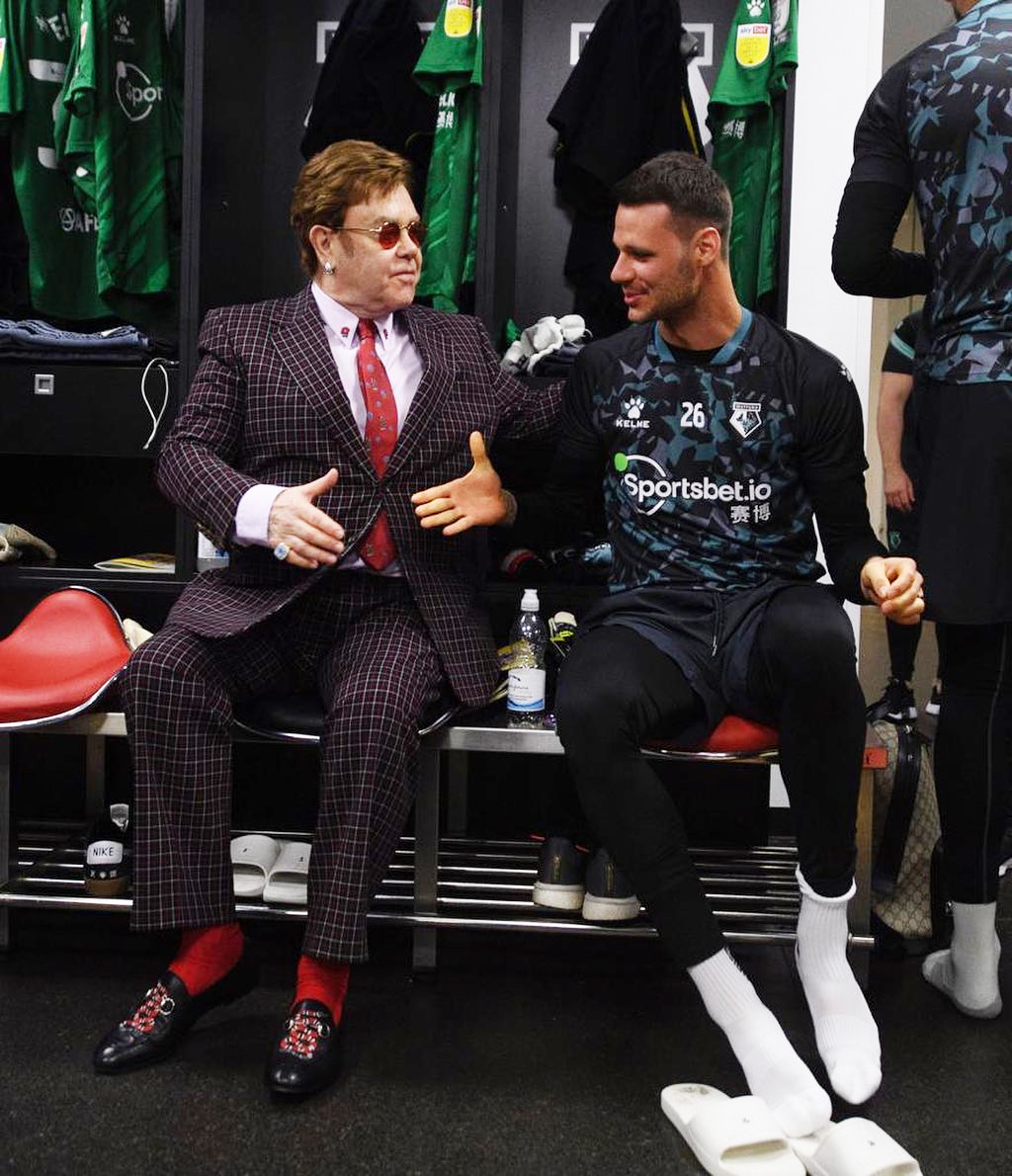 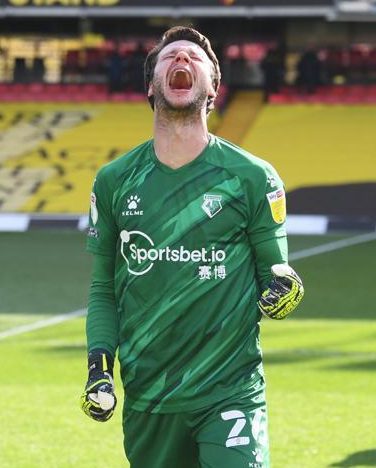 The Hornets goalkeeper has plenty to celebrate for club and country

And now he’s feeling like a little kid as he prepares to be part of Austria’s squad at the Euros, just weeks after playing a key role in the Hornets’ promotion back to the Premier League.

Bachmann met Watford life president Sir Elton for the first time when he came to the final game of the season.

Bachmann said: “I was a little bit starstruck.

“He just came over, ‘Hi Dan, great to meet you, brilliant all season, thanks for everything, are you going to play for Austria in the Euros?’

“In my head it was: ‘Elton John actually knows who I am, knows I am Austrian.’

“He was mentioning games from the season, like Coventry away. I mean, Elton John is sitting in his house in LA watching Watford against Coventry at St Andrews!

Bachmann’s story is pretty extraordinary all round.

His career in England was almost over before it began when he got cold feet the night before he was due to sign for Stoke in 2011 as a 16-year-old.

Bachmann said: “The next morning I woke up and said: ‘I can’t do it.’ So we flew back and I didn’t sign.”

But Stoke persuaded him to return and Bachmann said: “In the end, I said: ‘I’ve got to do it.’

“It’s a big thing for an Austrian to go to English football. It’s the dream of everyone in Europe to play in the Premier League.

“It wasn’t easy the first few months. You’re homesick and upset and sad a lot.”

Just when he was finding his feet on and off the field, disaster struck.

Bachmann said: “I broke my back. I had a stress fracture in a vertebra, then it went into a slipped disc and then my back got infected.

“I went back to Austria and had a cast from my chest down to my knee, with just my backside out.

It would have been easy to throw the towel in and say, ‘I want to go, what am I doing here?’ But I didn’t and I came through it. I believed I was going to get my chance.

“I was out for ten months. I couldn’t do anything, not even walk properly, for a few months.“I lost a lot of weight. I’m 6ft 3in and I weighed about 70 kilos. It was a tough year.”

That experience helped give Bachmann the mental strength he was going to need to cope with the ups and downs of his career.

After good loan spells at Wrexham and Bury, and a less good one at Ross County in between, Stoke released him in 2017.

Following a nervous summer with wife Francesca, who was expecting their first child, he joined Watford.

He said: “He was the first one that trusted me over a full season and I think I paid him back.

“He’s a fantastic manager. He’s a man of few words but when he does speak, everybody listens. 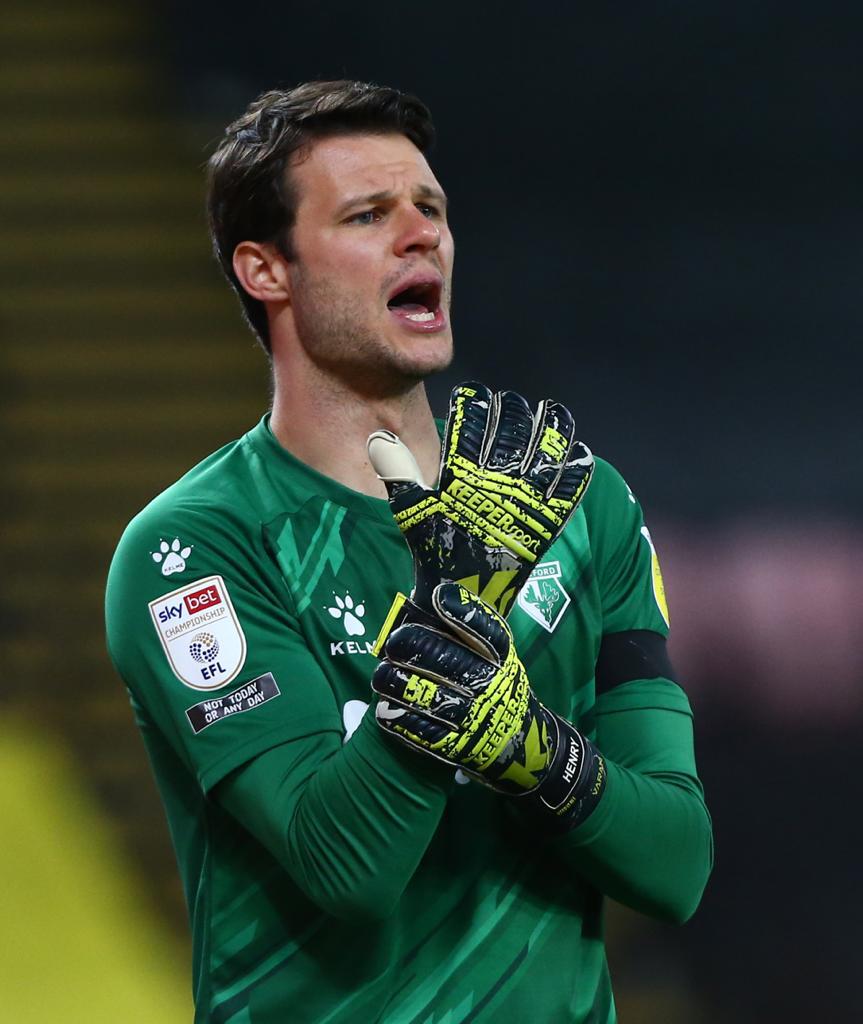 “It was a fantastic season for me personally and for the club, the first time in European football for 25 or 30 years.”

But the Austrian found himself behind both Ben Foster and Heurelho Gomes in the pecking order and did not even make the bench for a single Premier League match as the Hornets were relegated in 2019-20.

Bachmann said: “It would have been easy to throw the towel in and say, ‘I want to go, what am I doing here?’

“But I didn’t and I came through it. I believed I was going to get my chance.”

When Foster suffered complications from a broken finger in January, Bachmann came in and kept 13 clean sheets in 23 Championship appearances as Watford returned to the top flight at the first attempt.

Austria boss Franco Foda recalled Bachmann to the senior squad in March after a four-year absence.

Now he’s hoping to make his senior debut against England at the Riverside Stadium on Wednesday. 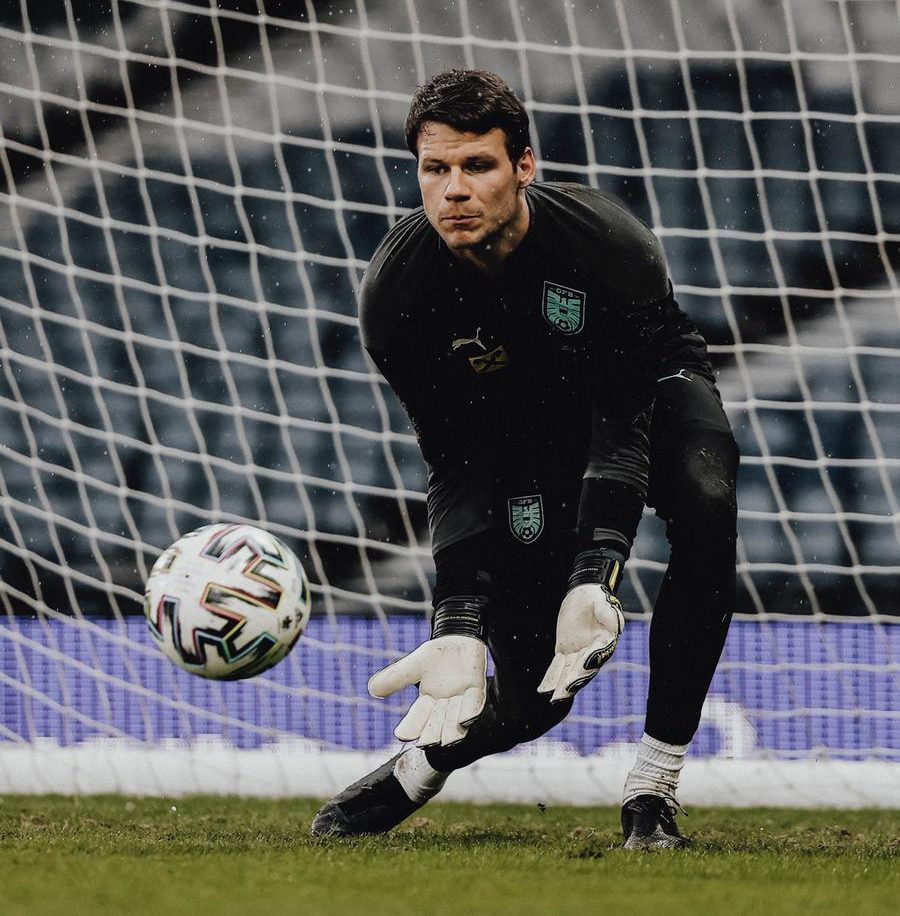 Bachmann said: “For me personally, to make my debut for Austria in England against England would be incredible.

“You couldn’t really write that with my history, having been in England for so long.”

Bachmann has been here so long that he speaks his near-perfect English with a Potteries/North-West accent.

Bachmann met Francesca while he was at Stoke and they have two children: Henry, three, and Amelia, two.

Bachmann said: “The kids love I’m Still Standing, too. It’s in the film Sing and it gets played in the car a lot.

“If you’d said to me six months ago you are going to be going up into the Premier League as No 1 and to the Euros with your country…it gives me goosebumps to think where I was and where I am now.

“I’ve worked hard over the last ten years and now hopefully it all starts to come together and fall into place.”