WOLFSBURG defender Paulo Otavio received one of the most blatant red cards of the season with a horrific two-footed challenge.

With hosts Hoffenheim leading 2-1, Wolfsburg committed everyone forward in stoppage time as they searched for an equaliser. 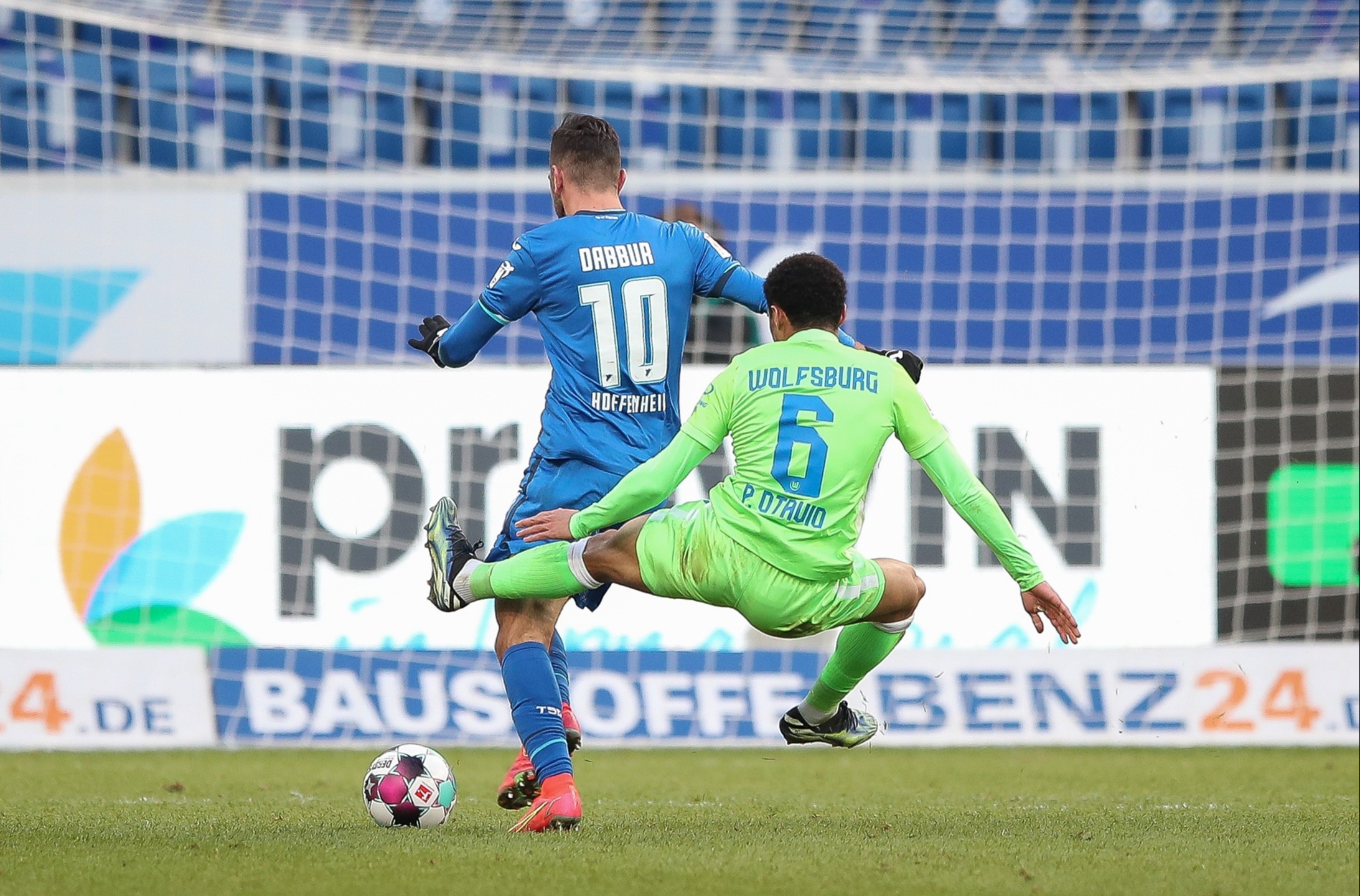 Otavio’s challenge was truly shocking and left Dabbur on the floor in agonyCredit: Getty Images – Getty

Crucially, even the visitors keeper went up when Wolfsburg forced a corner in the dying moments of the match.

And when the ball was cleared, Hoffenheim striker Mu’nas Dabbur was left sprinting clear to seal the game.

But it didn’t work out that way. 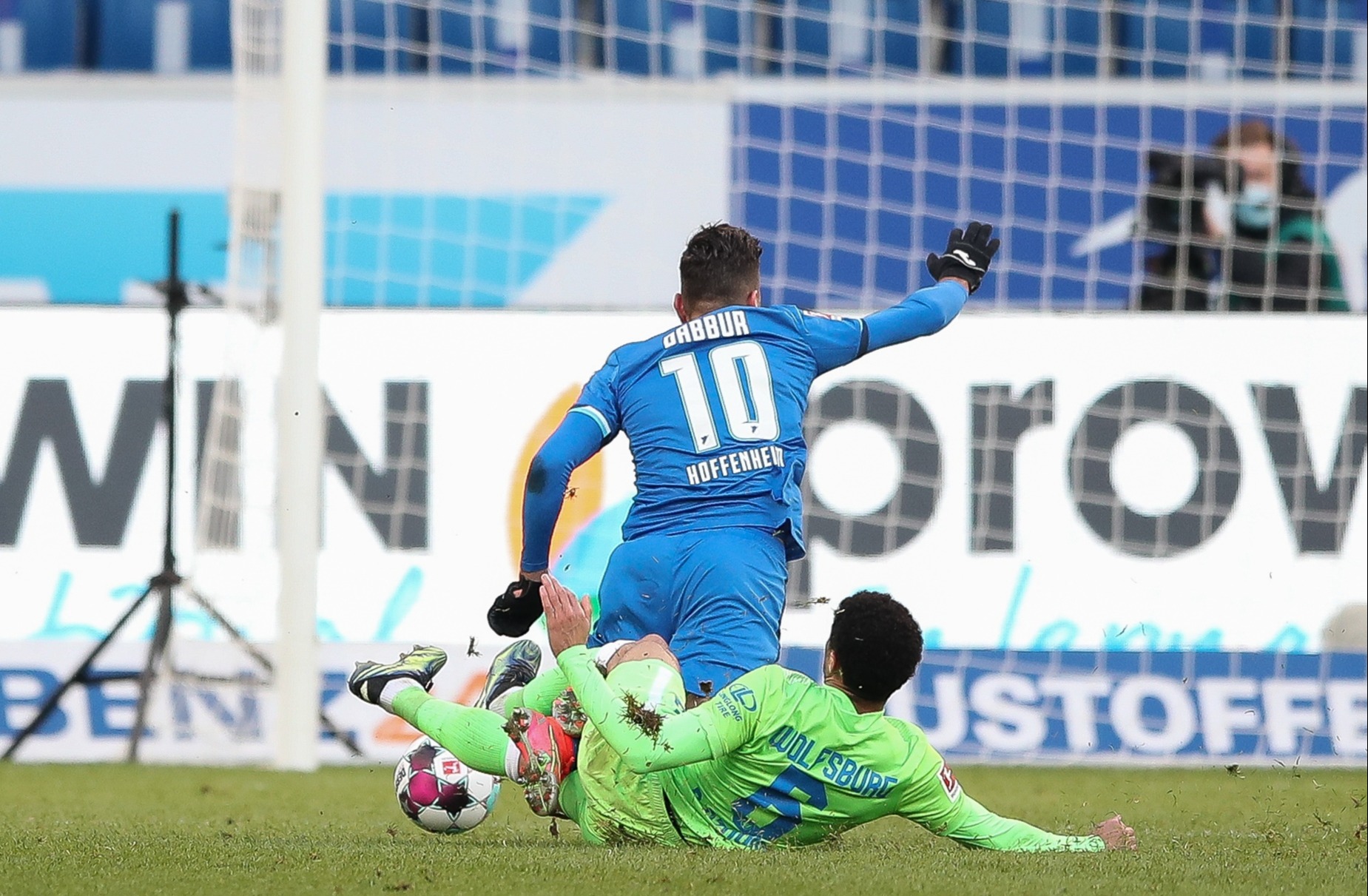 The challenge proved futile as Hoffenheim held on for the victoryCredit: Getty Images – Getty 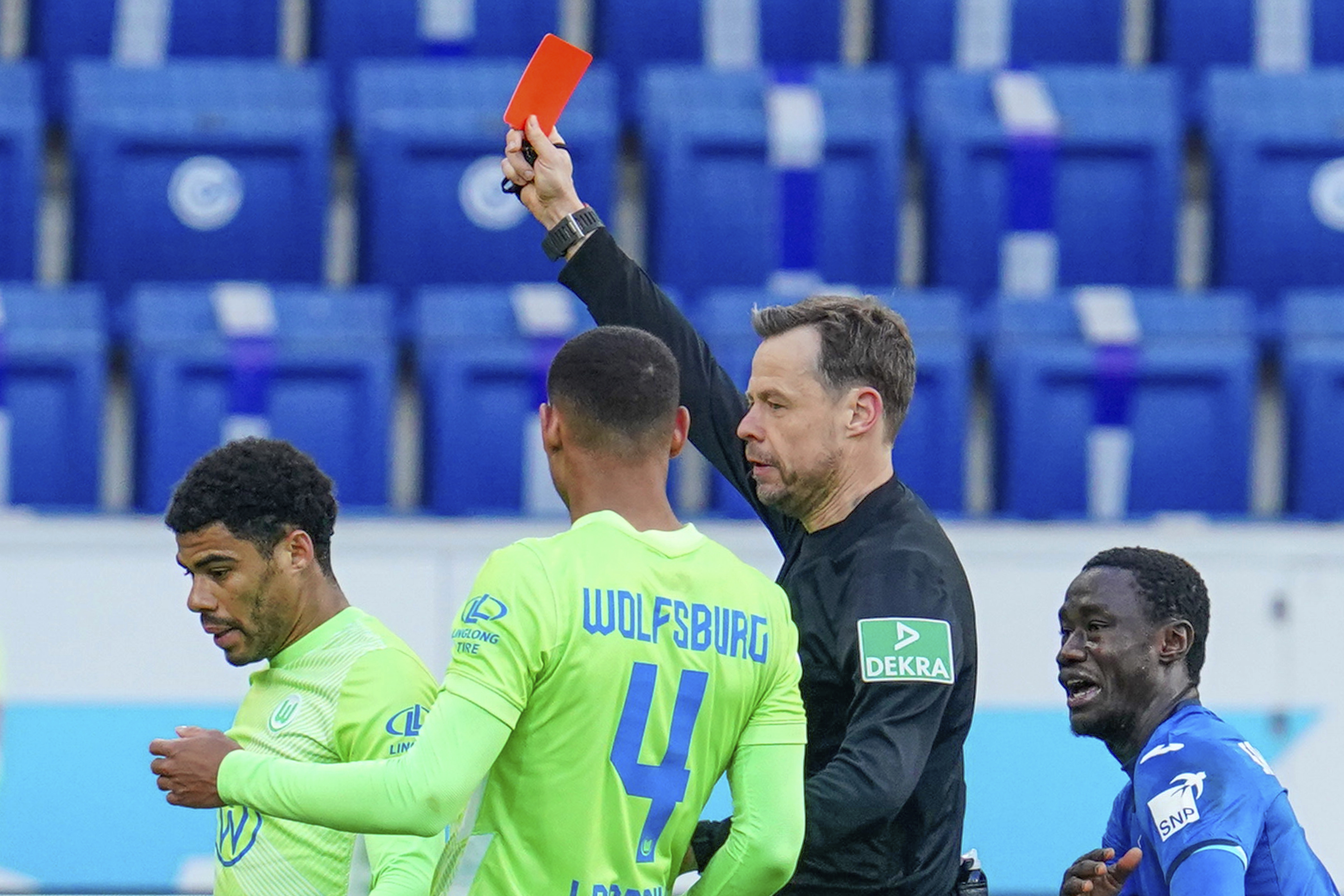 The referee did not miss a beat before pulling out the red cardCredit: AP:Associated Press

As Dabbur approached the penalty area he had still not yet pulled the trigger, with defender Otavio gaining ground on him all the time.

Then, just as it looked as though he was going to slide the ball into an empty net, Otavio produced one of the worst challenges you are ever likely to see.

The Brazilian leapt into the air and with an horrendously dangerous scissor motion scythed down Dabbur.

The referee did not hesitate in showing Otavio the red card and the VAR did not even bother to review it.

On social media, one person said: “Always thought there should be an option for a “penalty goal”, where the goal’s just given on top of the red card for rare cases like this or the Suarez handball when the foul blatantly prevents a near-certain goal.”

But another saw it differently, adding: “Am I alone in loving behaviour from the defender? Especially outside the box.”

Hoffenheim held on to win the match, while Wolfsburg missed the chance to move closer to RB Leipzig in second in the Bundesliga table.

Elsewhere in Germany, Bayern Munich maintained a two-point lead at the top of the table with a 4-2 win over title rivals Borussia Dortmund.