TOMAS SOUCEK celebrated with Slavia Prague’s heroes after their shock win at Leicester on Thursday night.

After a 0-0 draw in their Europa League last-32 first-leg tie at home, the Czech side knew they needed a miracle to progress away to the high-flying Foxes.

Tomáš Souček could genuinely be the most popular man in football ?

His former Slavia Prague teammates dropped him a call after shocking Leicester and advancing in the Europa League! #UEL pic.twitter.com/nJntdNMlSF 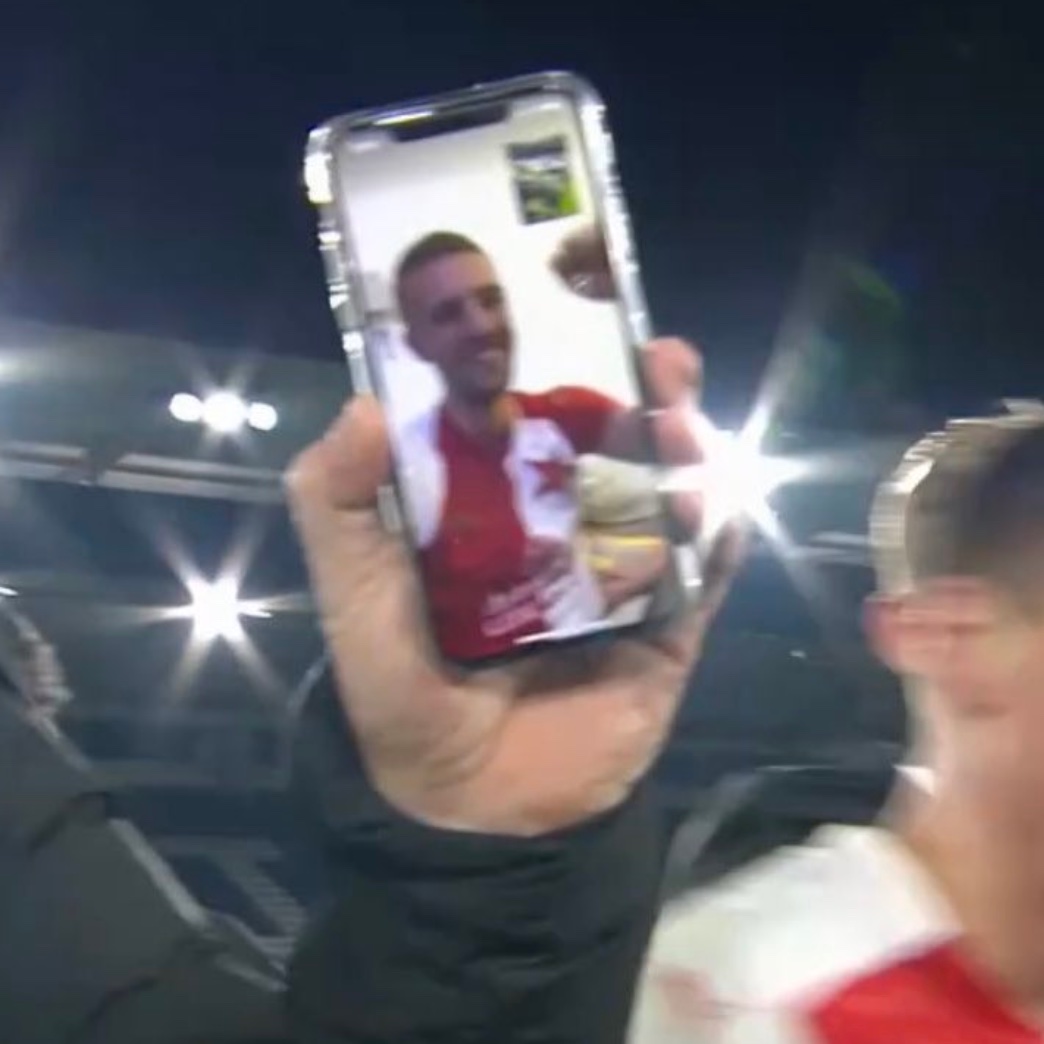 Incredibly, Slavia Prague stunned Brendan Rodgers’ side to win 2-0 thanks to second-half goals from Lukas Provod and Abdallah Sima.

As they celebrated on the King Power Stadium pitch, they grabbed a phone and gave Soucek a ring.

The West Ham midfielder, 25, spent 15 years at Slavia Prague before his move to England.

Soucek worked his way through the youth ranks to the first-team before finally leaving in a £19.1million deal last summer.

However, without Soucek, they crashed out in the playoffs and were forced to settle for a Europa League berth.

After finishing second in their group with four wins from their six games, they advanced to face Leicester, going into the tie as huge underdogs.

But after springing a surprise win, the Slavia Prague players took the time to remember Soucek, who played a huge role in getting the club into Europe before moving to the Premier League. 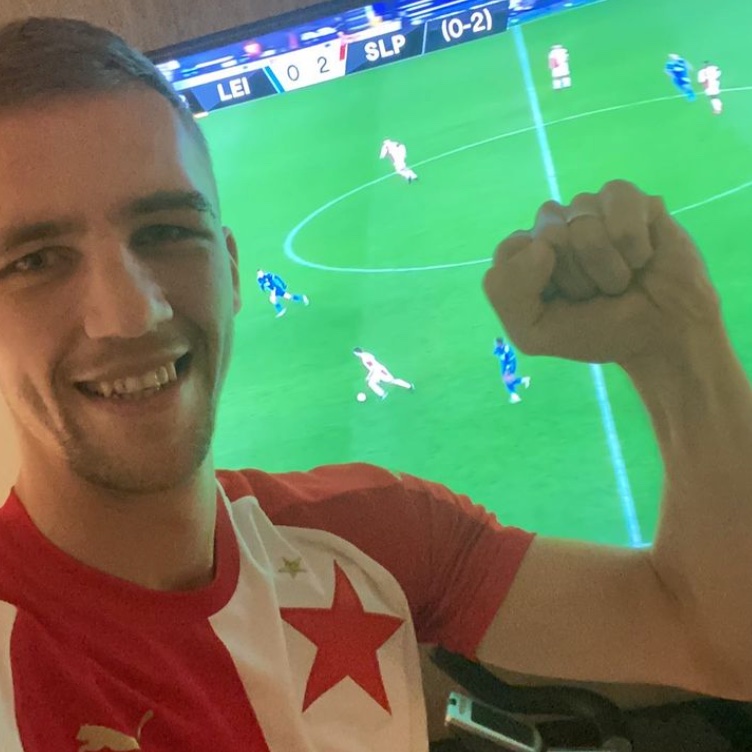 Separated by just 120 miles on Thursday night, the Czech squad cracked open FaceTime to let Soucek join in on the party.

Earlier in the night, Soucek had taken to his Instagram story to share a snap of himself celebrating in a Slavia Prague shirt after his old pals went 2-0 up in the Midlands.

Reports claim Soucek had even been in contact with his former club to help give them inside information on how to beat Leicester.

The Hammers beat Leicester 3-0 away in October with Soucek in the heart of midfield alongside Declan Rice.

Soucek is already becoming a favourite of his West Ham team-mates and fans.

And Rice has even tipped him to win the Player of the Year award with the Hammers flying high in the Premier League. 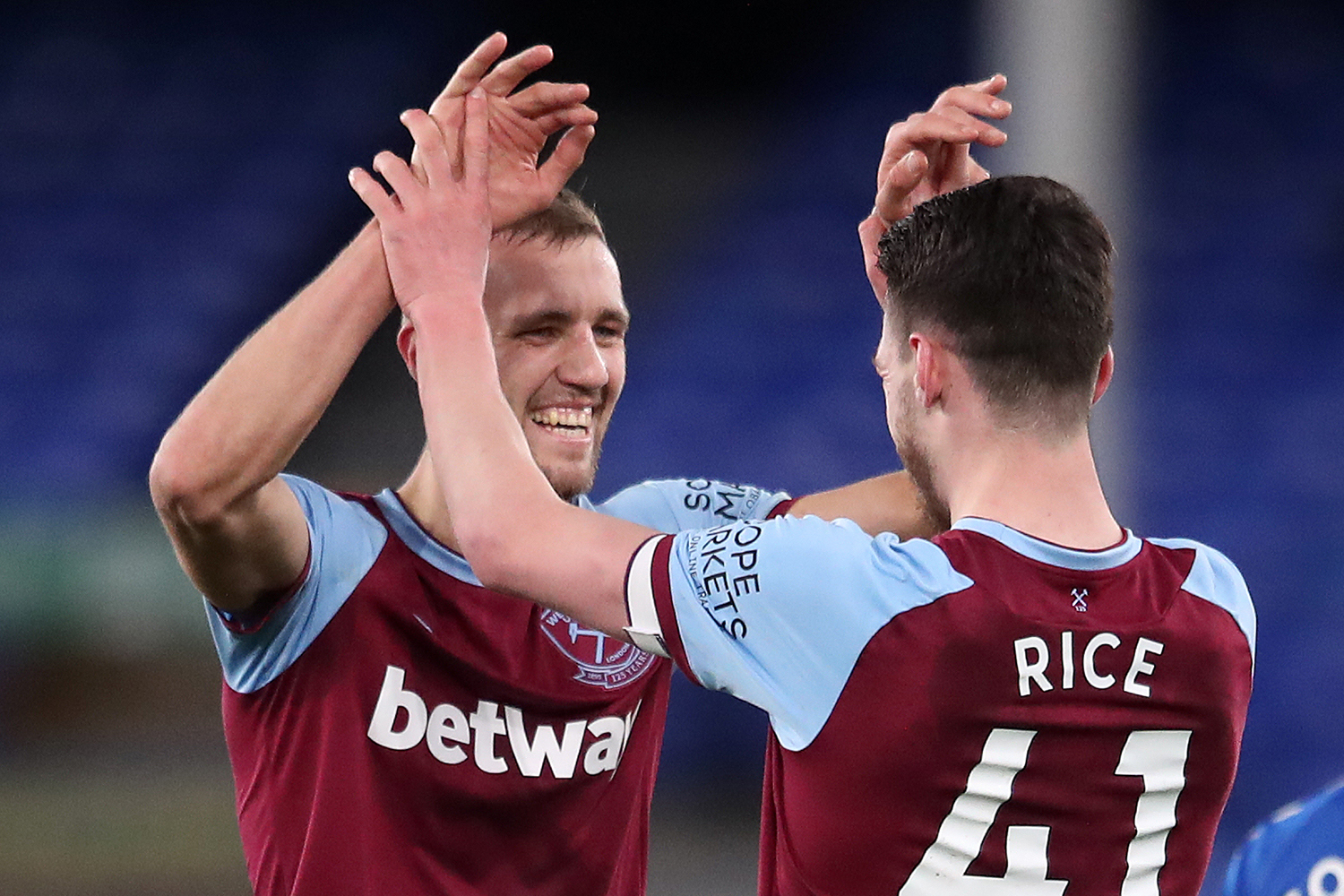 Soucek has been an instant hit at West Ham, forming a superb midfield partnership with RiceCredit: Getty Images – Getty

When asked about his new midfield pal, Rice claimed: “You know what, he is so good.

“To have him next to you in midfield, you don’t realise how much he actually does.

“He runs, he is strong, he gets in the box, he’s good in the air and he does everything you want everything a midfielder to do.

“Teams are probably coming up against Tomas and thinking, ‘Yeah we don’t want a battle with him today’. If you go hard, he will go even harder.

“Even at Man United when we played in the FA Cup and we came in two days after and he ran 17km.

“All the lads said, ‘That’s not normal Tom!’

“The season he is having, no doubt he is going to be Player of the Year and he absolutely deserves it as he is a great lad as well.”