THOUSANDS of Derby County fans have taken to the streets to protest against the EFL as the club is potentially weeks away from losing it’s existence.

Administrators are in talks with the EFL but the club is now heading for official arbitration over compensation claims from Middlesbrough and Wycombe. 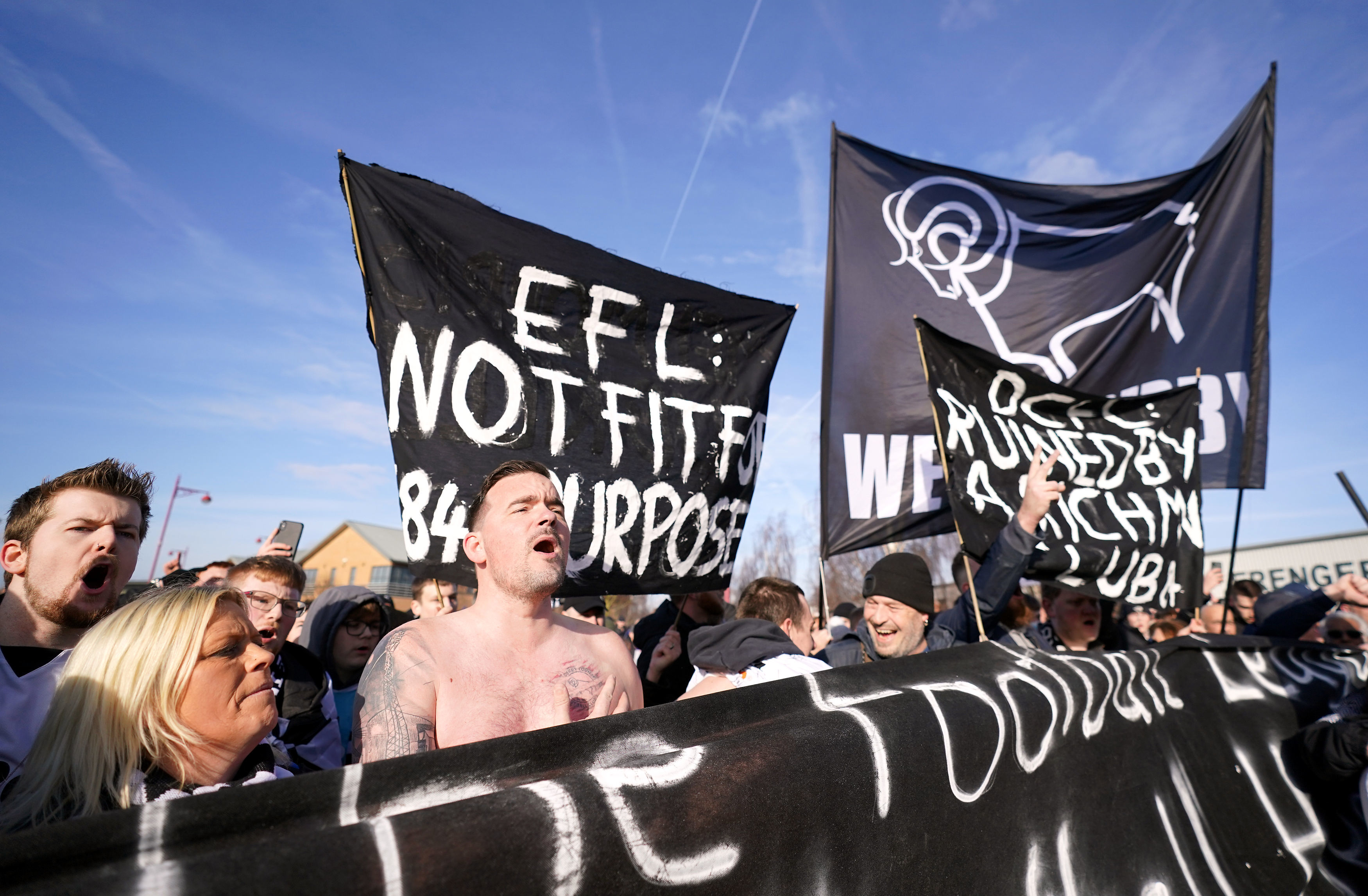 ‘EFL not fit for purpose’ read one banner 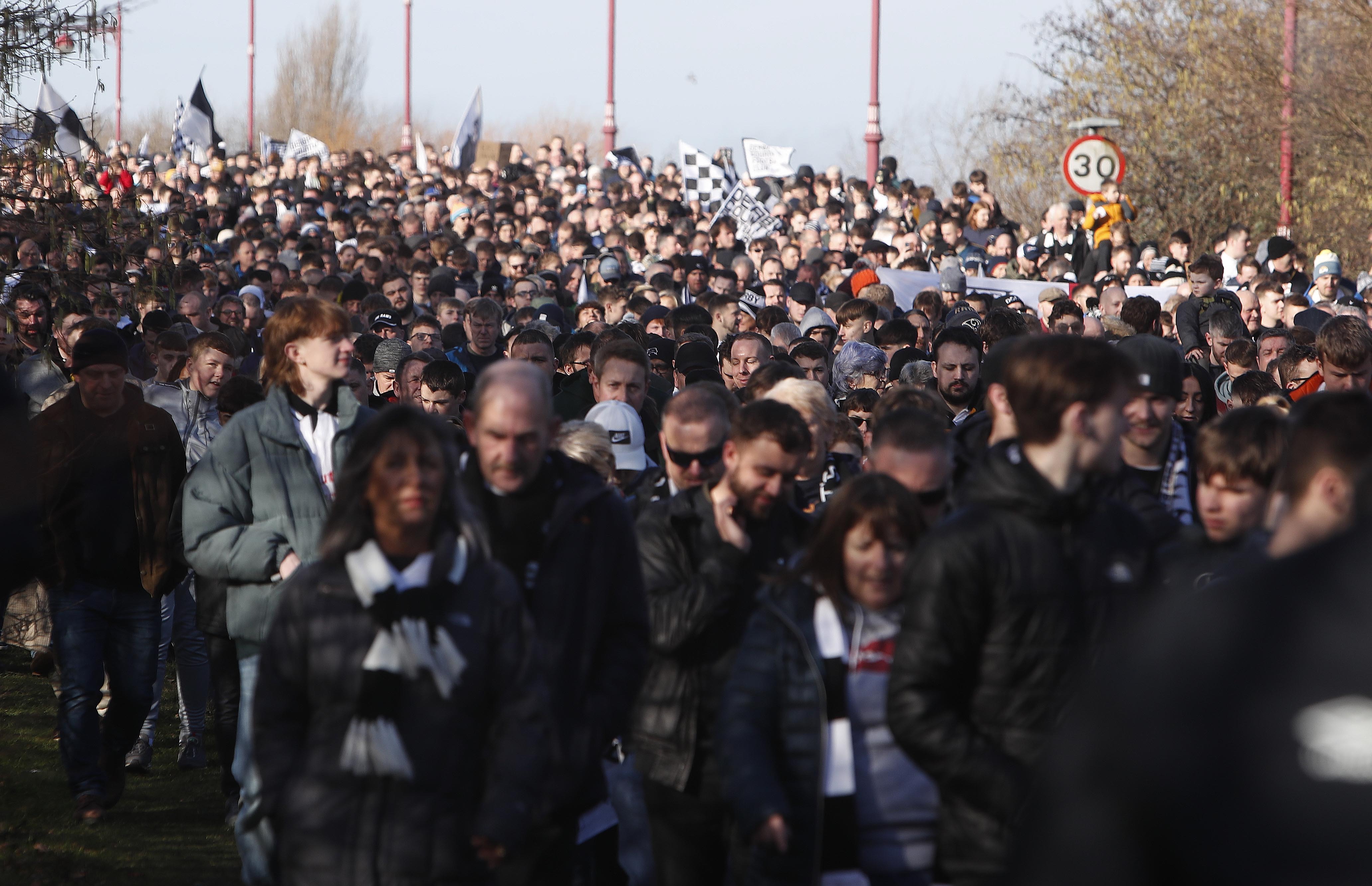 Fans turned up in the droves, sporting the white and black colours of Derby County 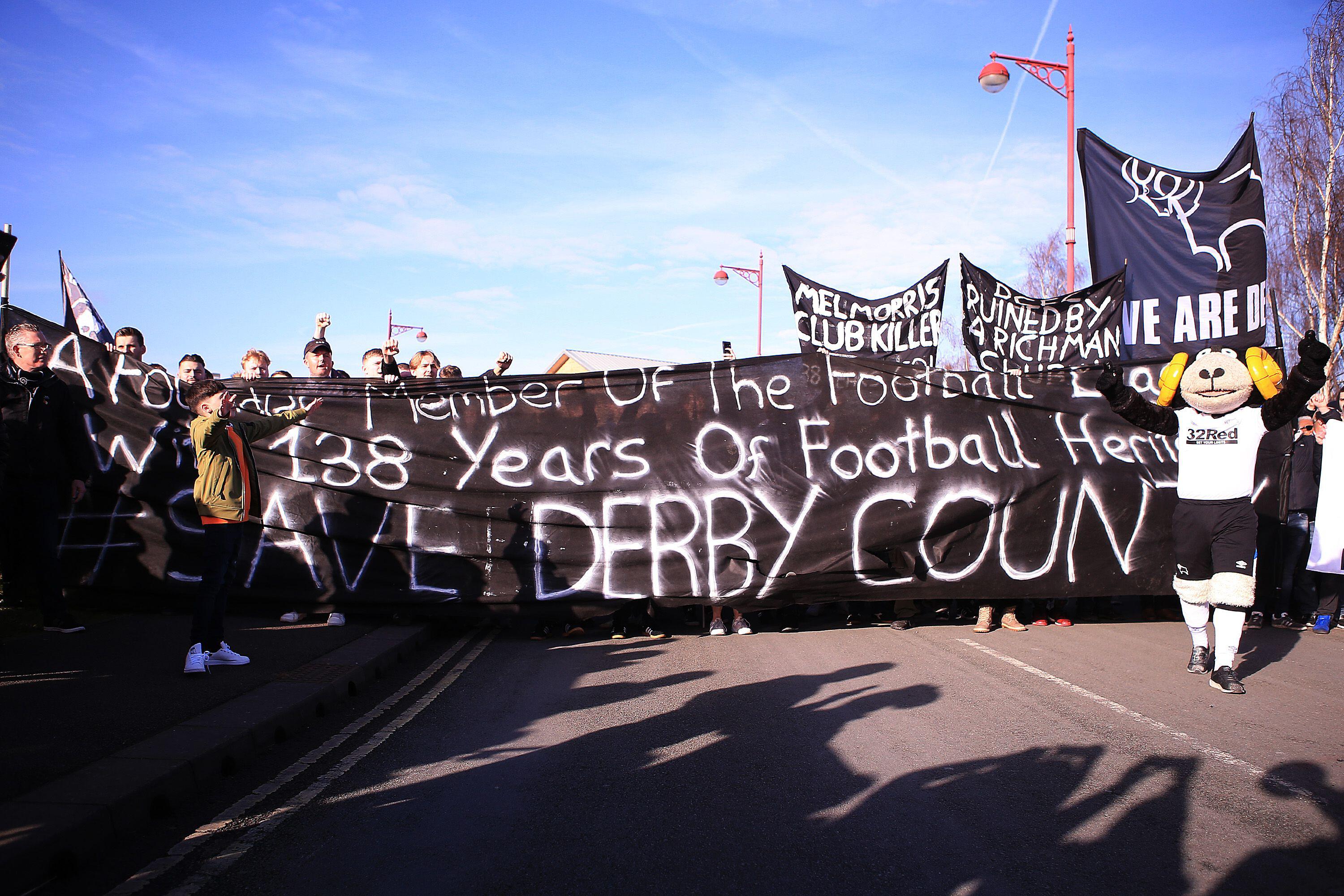 Derby County fans have marched from the city centre to Pride Park to raise awareness of the situationCredit: Alamy

With money due to run out in February, the EFL have agreed to grant Derby a one-month stay of execution as potential new owners continue to compete for preferred bidder status.

The potential buyers are unable to make formal offers and finalise a deal whilst the legal battle continues.

As Derby managed to avoid a points penalty last season, Middlesbrough and Wycombe demand compensation for loss of revenue over their loss of promotion and relegation respectively.

Fans inside the stadium also turned up in their numbers and continued the protest by singing: “F*** the EFL”.

They were rewarded towards the end of the game, as Krystian Bielik scored a thunderous overhead kick in the 96th minute to equalise.

After being 2-0 down, the Polish defensive midfielder notched the late goal against his old club, following a Luke Plange strike in the 87th minute. 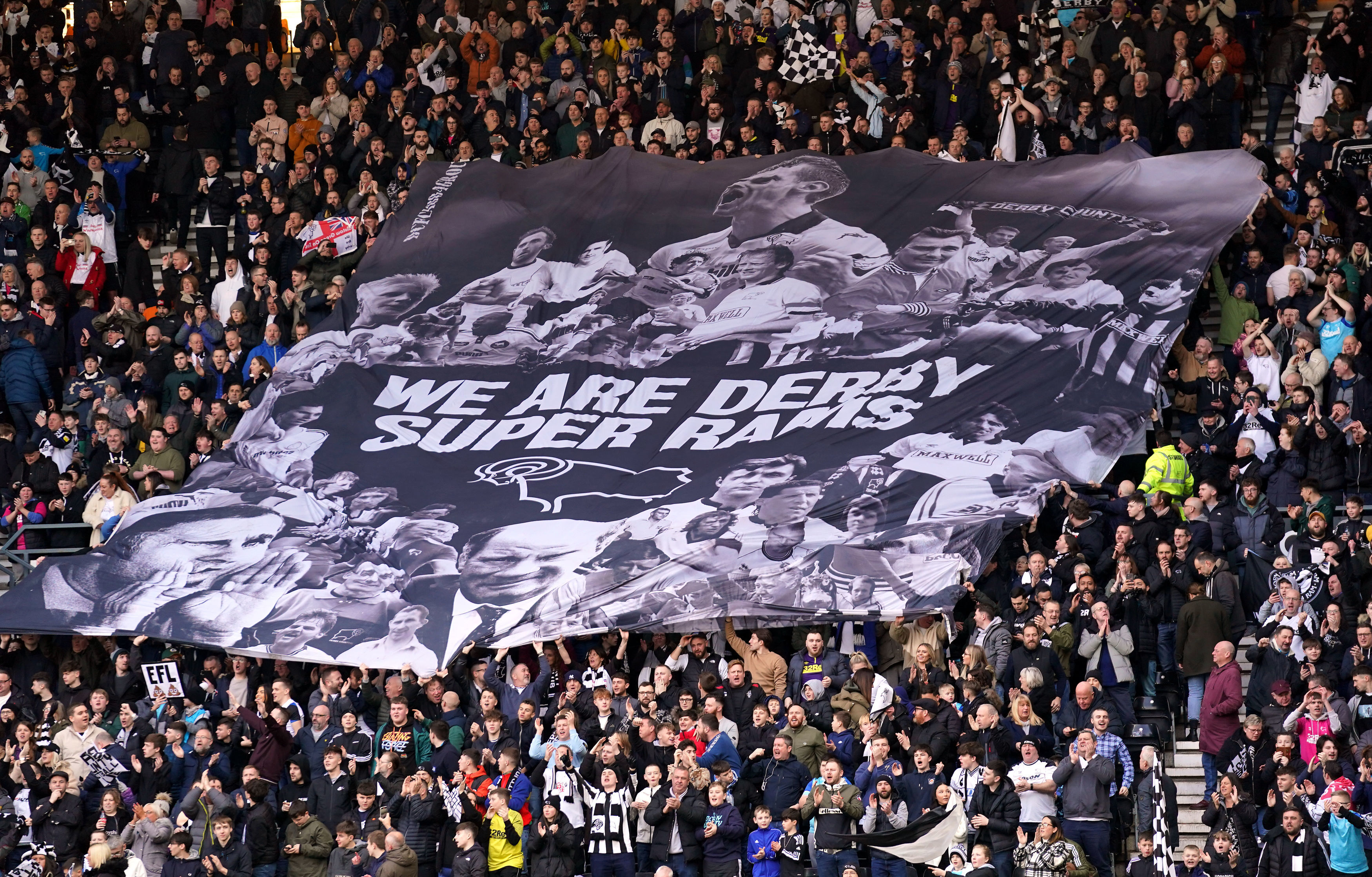 Fans inside the stadium also showed their support for the teamCredit: PA 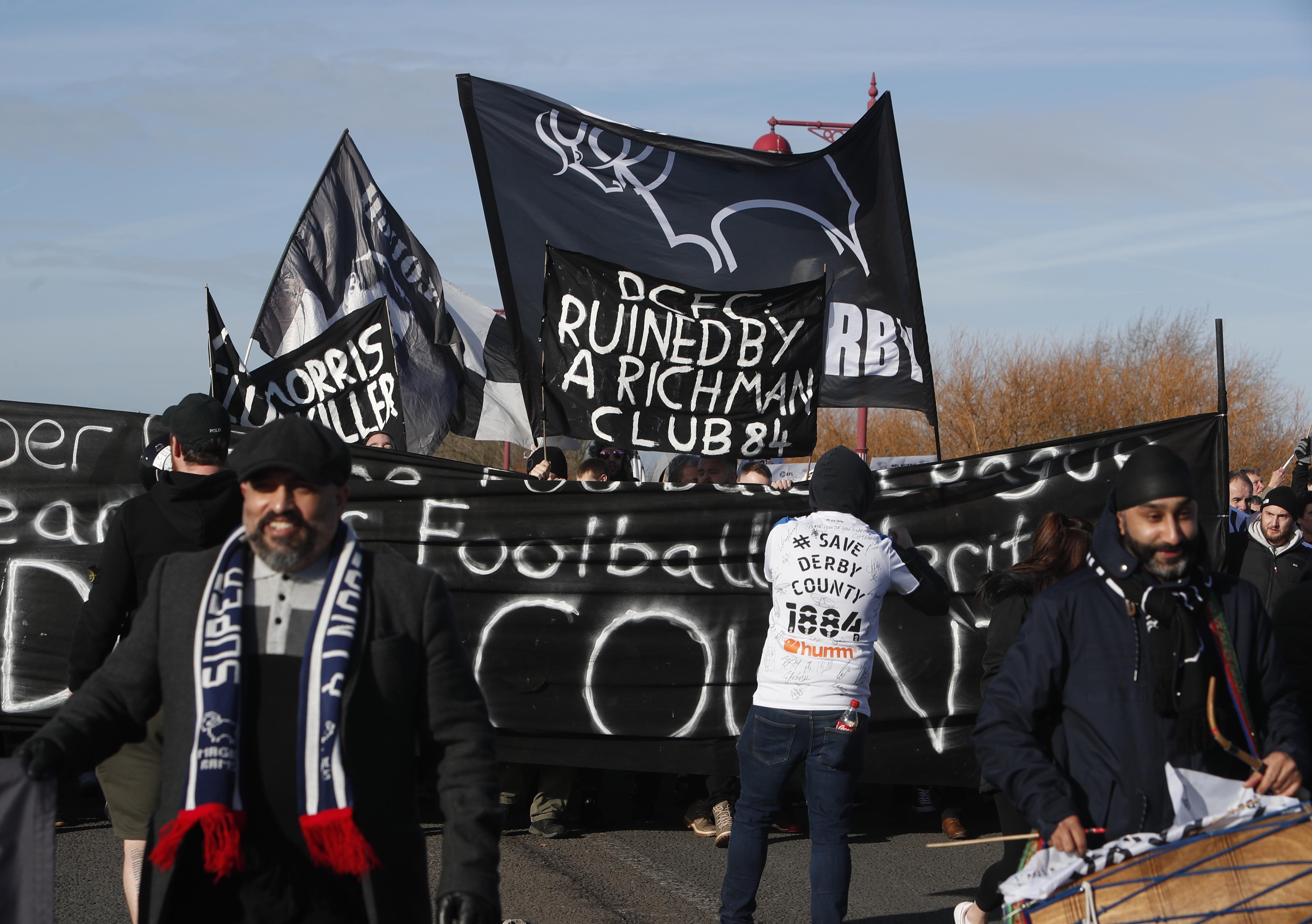 Despite being on the brink of disaster, Wayne Rooney turned down an approach from Everton this week for their vacant managerial role.

Rooney said: “Everton approached my agent and asked me to interview for the job, which I turned down.

“I have a job at Derby, which is important to me and now I’m getting ready for a game on Sunday.”

Rooney kept Derby in the Championship last season on the final day and has been lauded amongst many in football for the job he is doing this term.

The Rams are now only seven points from safety despite a 21 point deduction.

They would be in a mid-table spot if not for the forfeit.