The German steamed into the changing area after the game and soaked his stars in champagne. 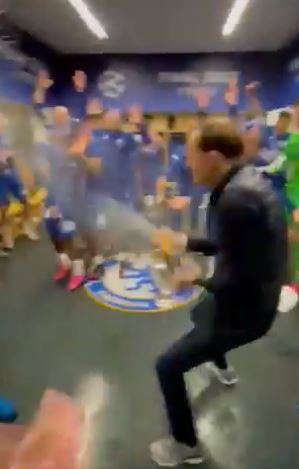 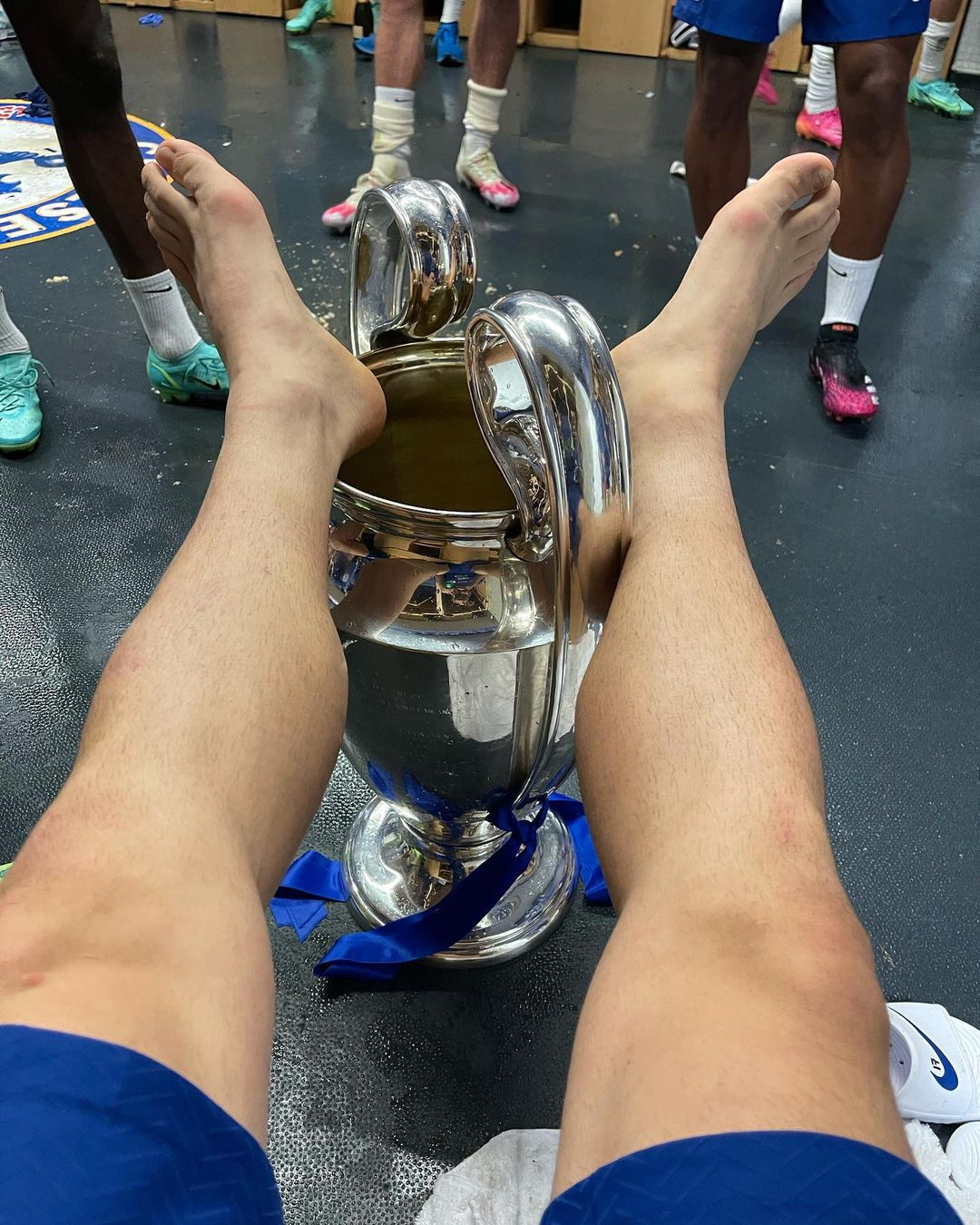 Several strars – including Mateo Kovacic – posted pictures from inside the locker roomCredit: Instagram 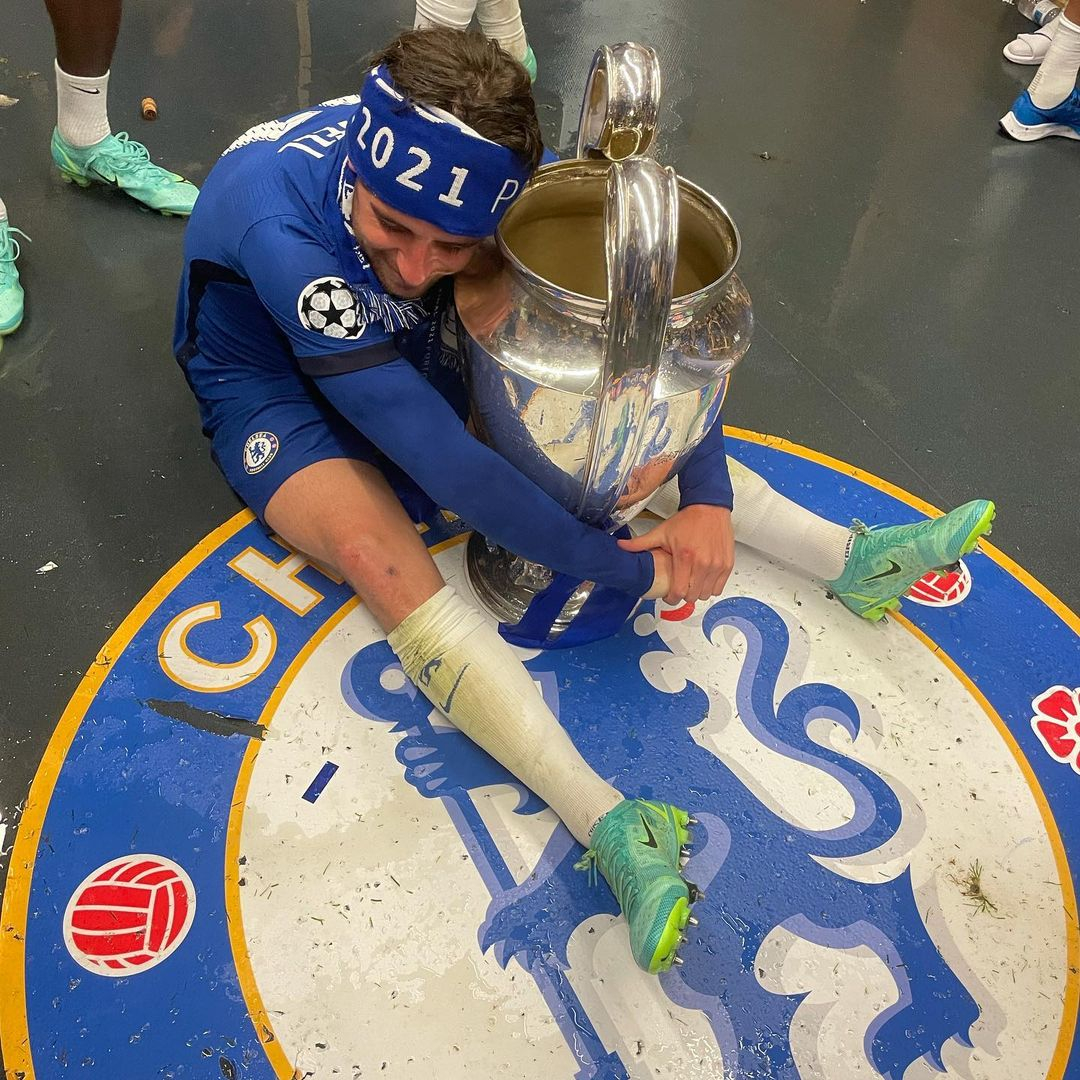 The famous trophy was passed around the squadCredit: Instagram 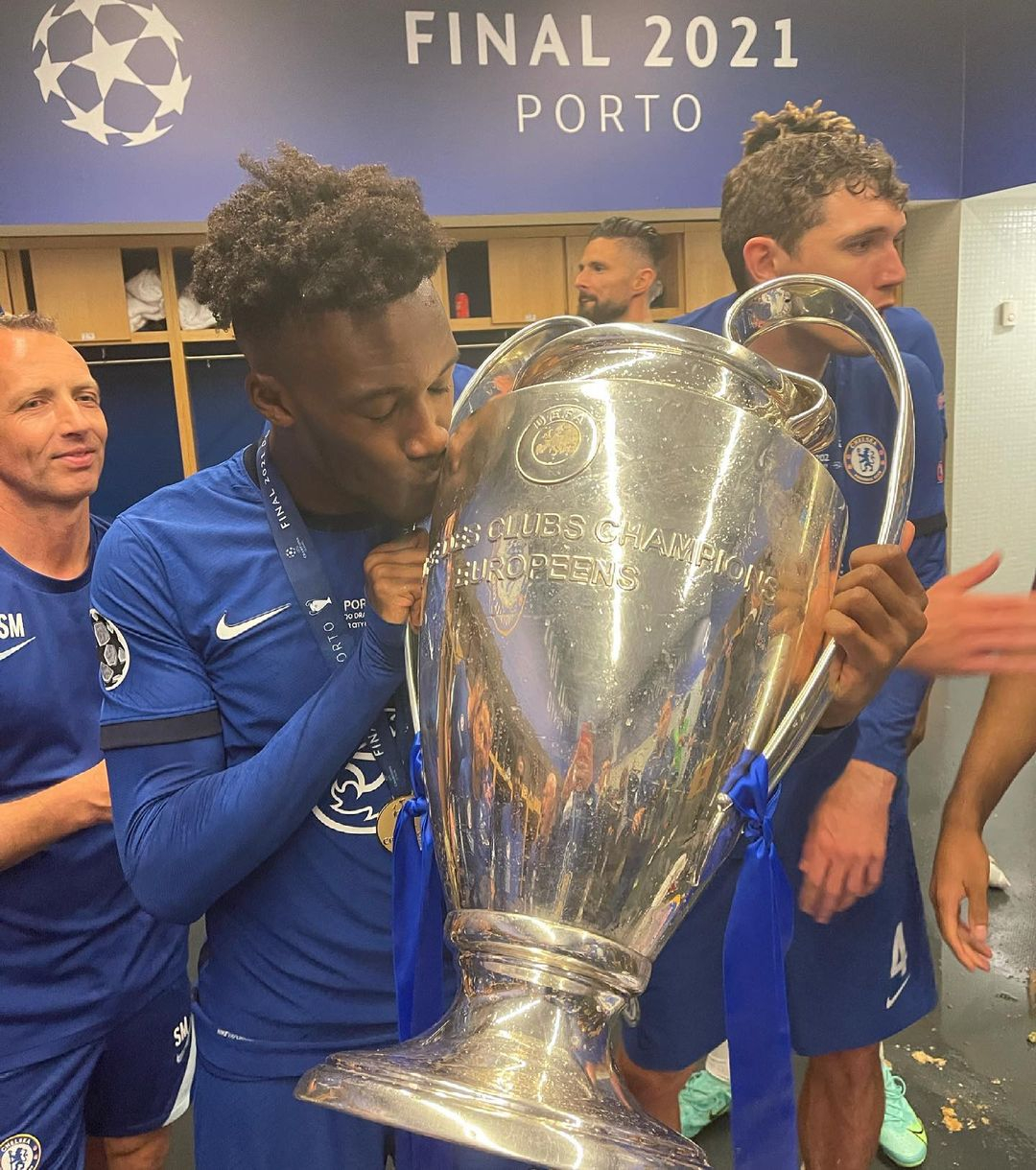 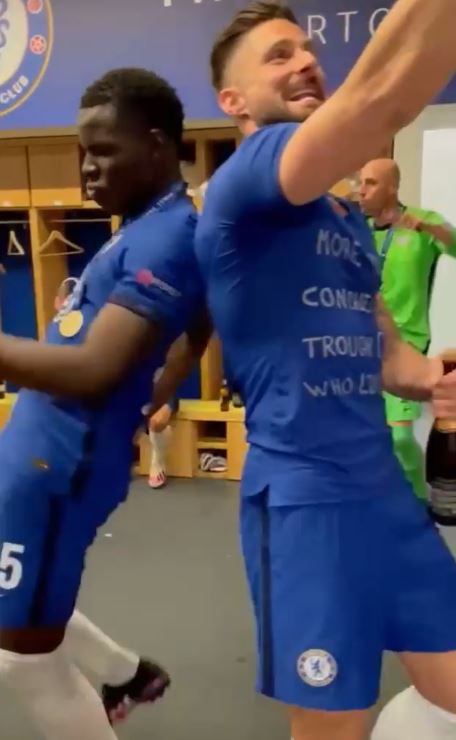 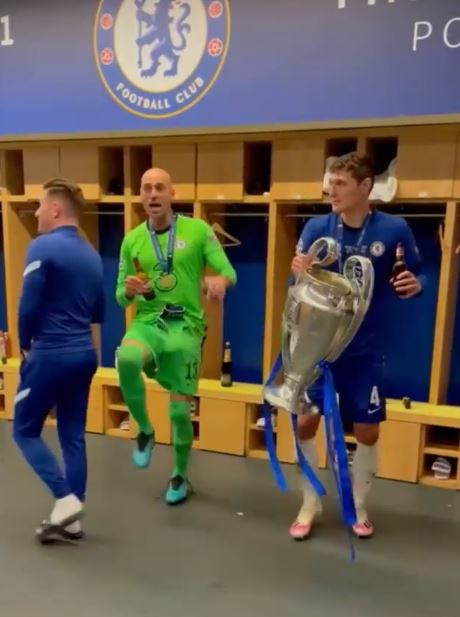 Andreas Christensen and Willy Caballero got involved in the partyCredit: Instagram

Kai Havertz scored the only goal of the game in the first half as Chelsea won 1-0.

They held on resolutely in the second-half and the final whistle cued pandemonium.

Blues players celebrated on the pitch with fans before and after Cesar Azpilicueta’s trophy lift.

And the party carried on back in the stadium.

Several stars uploaded pictures or videos of the festivities inside the changing rooms.

And in one engaging clip, Tuchel creeps round the corner and blasts champers on to his surprised first team stars.

Mateo Kovacic uploaded a shot of his feet up on the famous trophy.

And Callum Hudson-Odoi and Mason Mount also showed their love for the big silver cup.

Italian midfielder Jorginho also shared a video of him and his team-mates jumping up and down and blasting out ‘Pump it up’.

And the boys also chanted ‘Championes!’ at the top of their lungs.

After winning just their second Champions League title, John Terry was trending on Twitter with fans suggesting the Blues legend would be celebrating on the pitch in his kit.

And it also emerged Chelsea’s stars bagged a cool £10million bonus for winning the famous trophy.

The Blues’ heroes had already secured a tasty £5m windfall after beating Real Madrid in the semis earlier this month.

But, despite entering Saturday’s showpiece as heavy underdogs, they never looked like losing after Havertz netted two minutes before half time.

SunSport revealed that mega-rich City’s squad would have trousered around £15m from a bonus pot should they have won, with some players getting more than others. 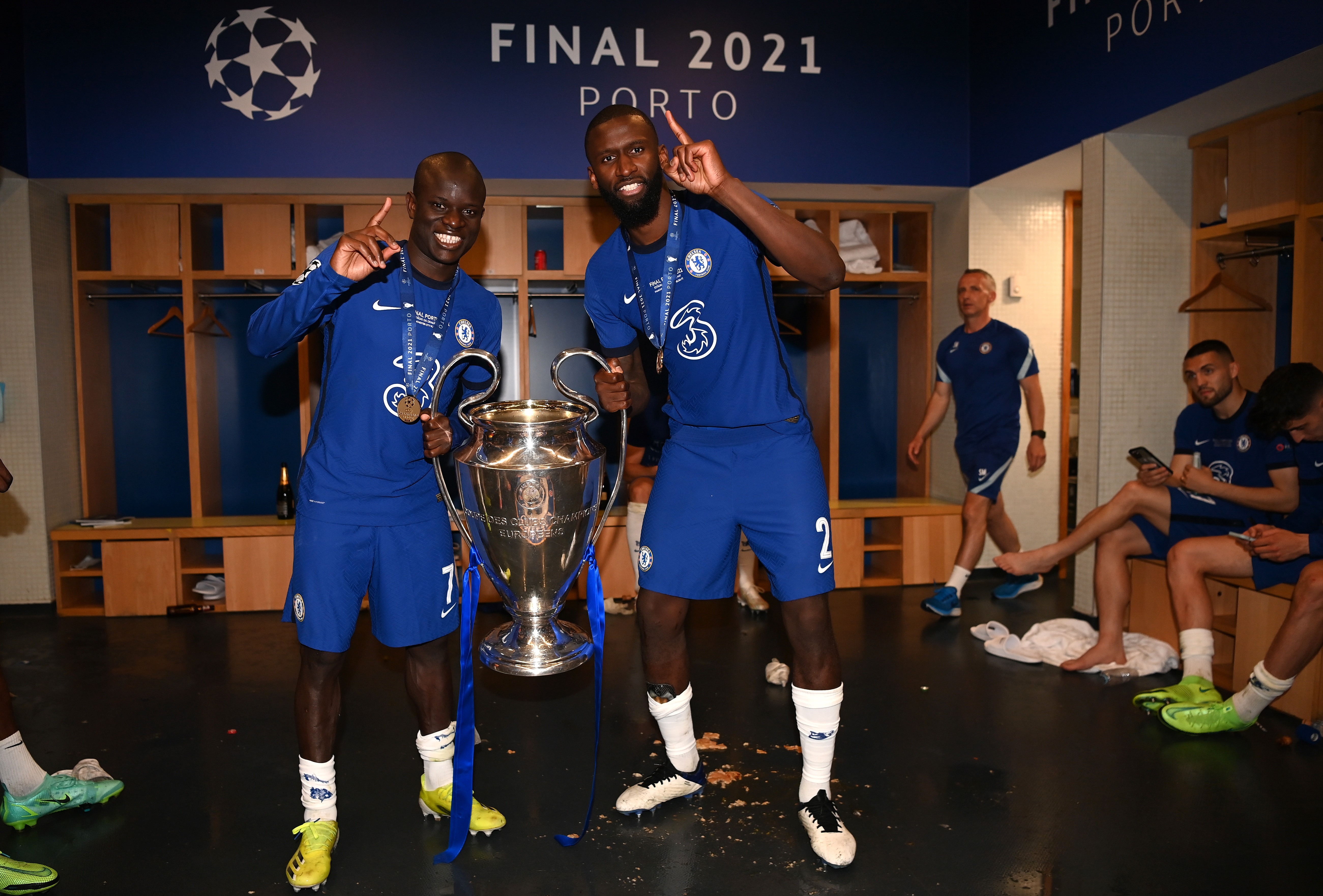 N’Golo Kante and Antonio Rudiger posed for the cameras 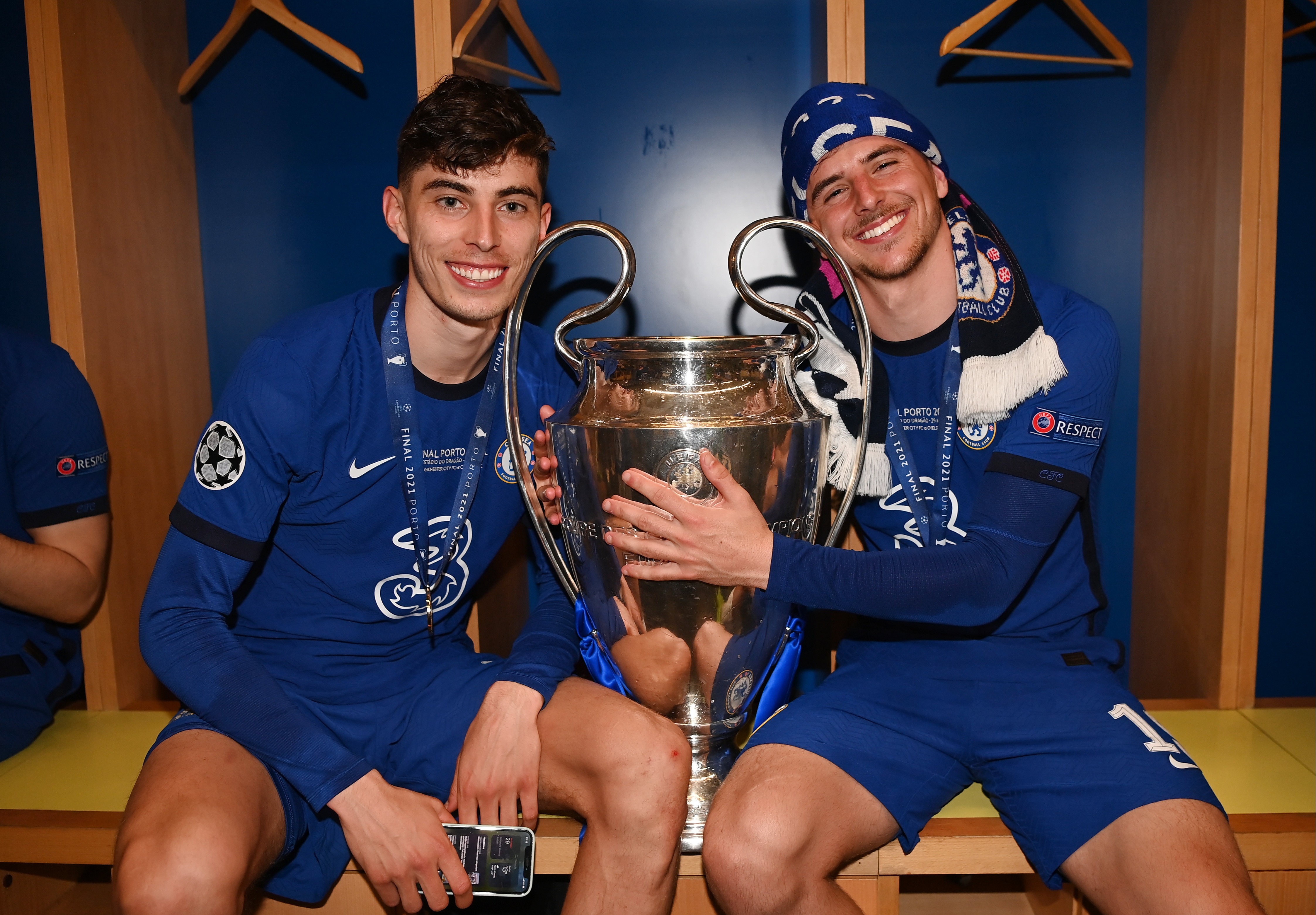 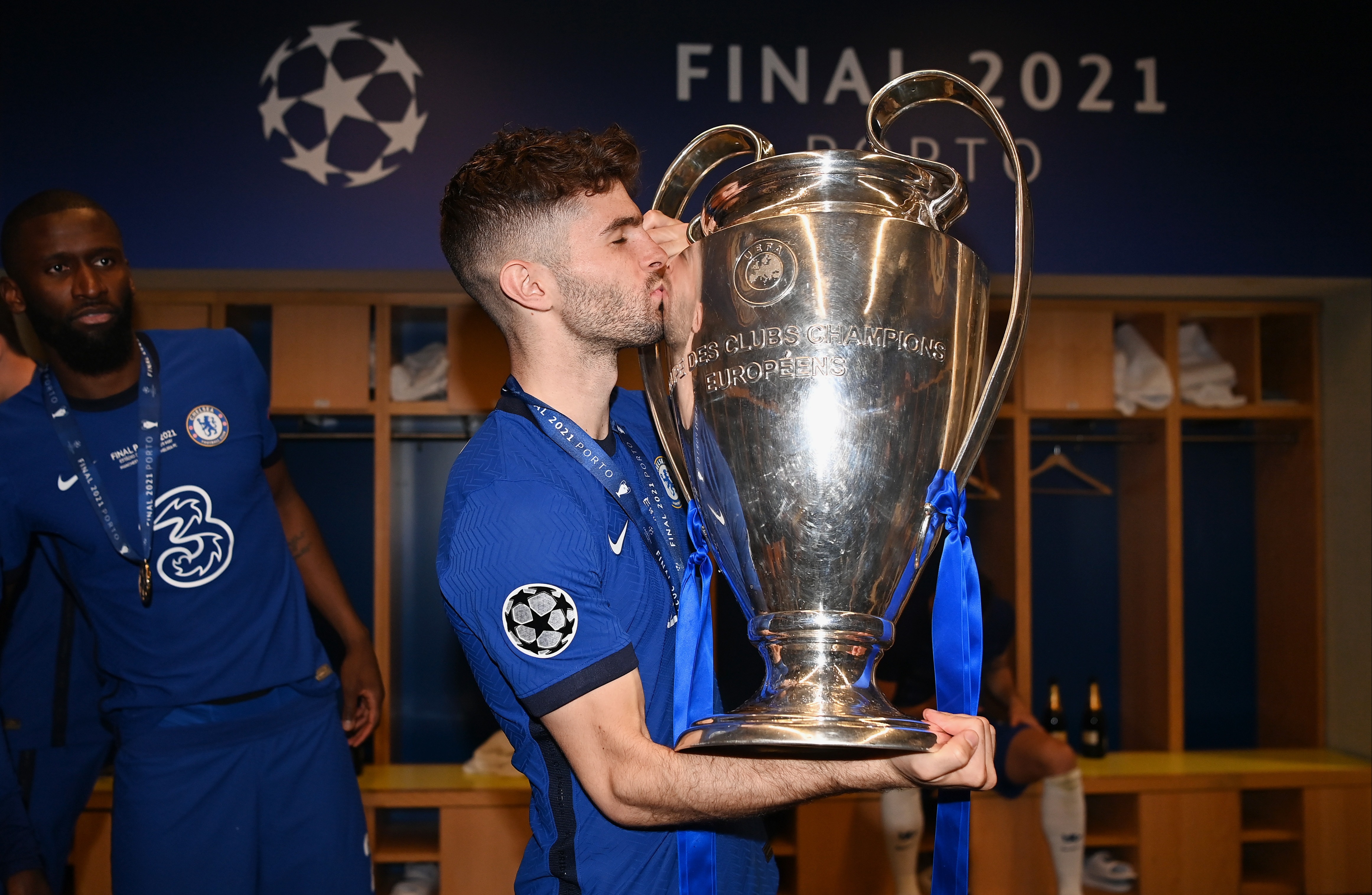 Christian Pulisic became the first American ever to play in a Champions League finalCredit: Getty