THOMAS DELANEY gave Borussia Dortmund team-mate Erling Haaland a run for his money with a remarkable goal on international duty.

While the Norwegian striker rightly steals all the limelight, Delaney proved he’s got magic in his locker too. 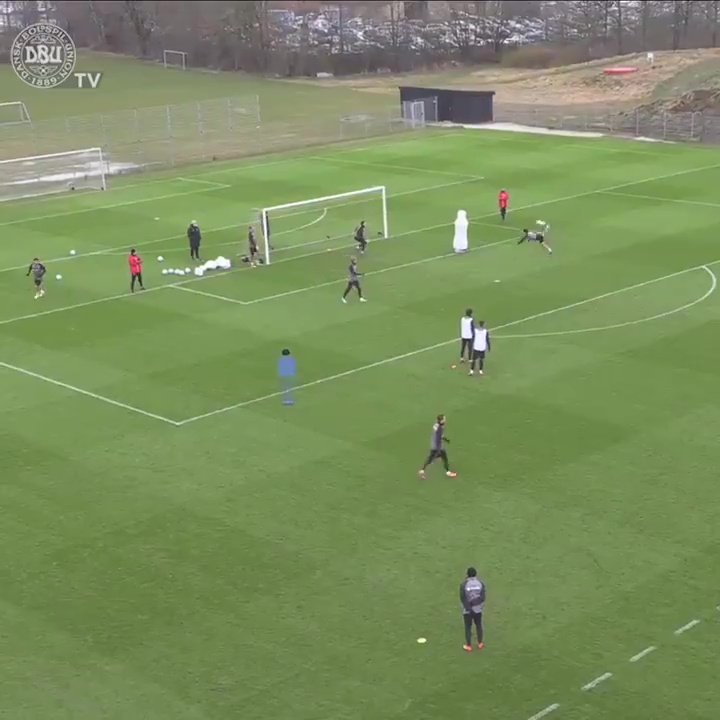 Thomas Delaney pulled off this remarkable piece of skillCredit: Twitter 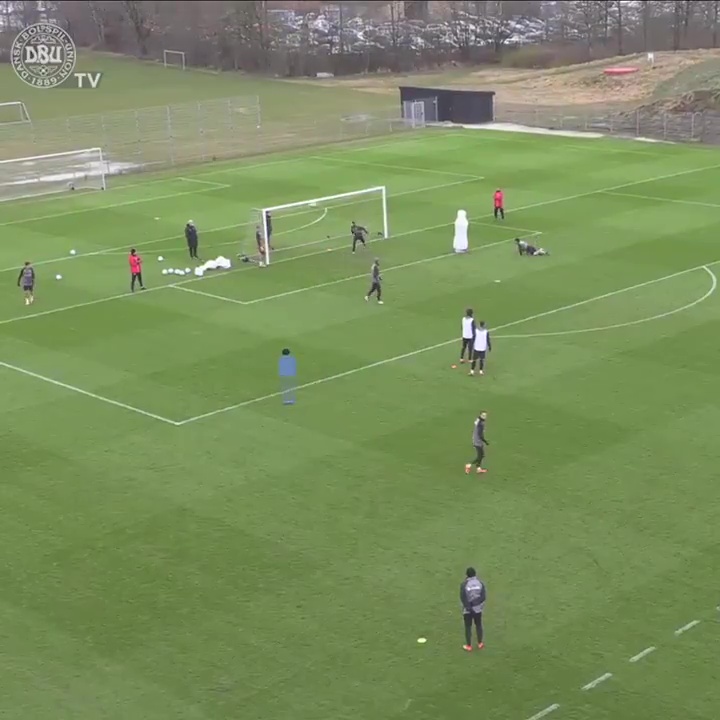 The ball looped over the keeper who could just stand and watchCredit: Twitter

The 29-year-old Danish international was warming up before tonight’s clash with Austria when he pulled off an outrageous scorpion kick.

He met a low cross from the left and saw his initial strike saved well by the keeper.

But the ball rebounded back into the air and Delaney had his own Rene Higuita moment when he spontaneously pulled off the brilliant piece of skill.

The defensive midfielder watched on as the ball looped over the keeper and crept underneath the crossbar much to the disbelief of those watching on.

The reactions were priceless as Delaney ran off in celebration while two others had their hands on their head.

It is no surprise with Delaney far from prolific in front of goal.

He has scored just once this season, his first strike since the 2018/19 campaign.

Dortmund picked up the footage and used it as the perfect opportunity to mock star man Haaland by writing: “Erling Haaland come outside, Thomas Delaney would like to have a word.” 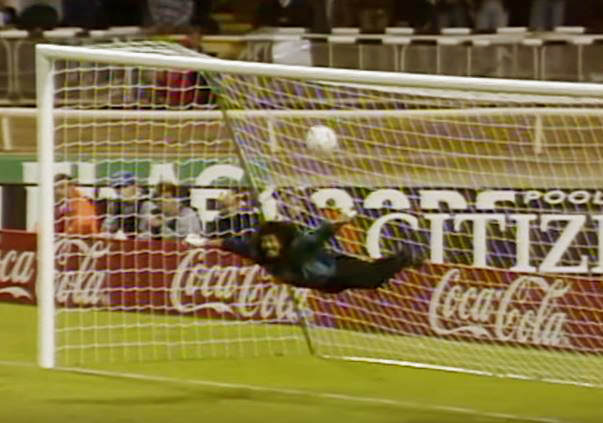 Rene Higuita made the scorpion kick famous against England in 1995Credit: YouTube 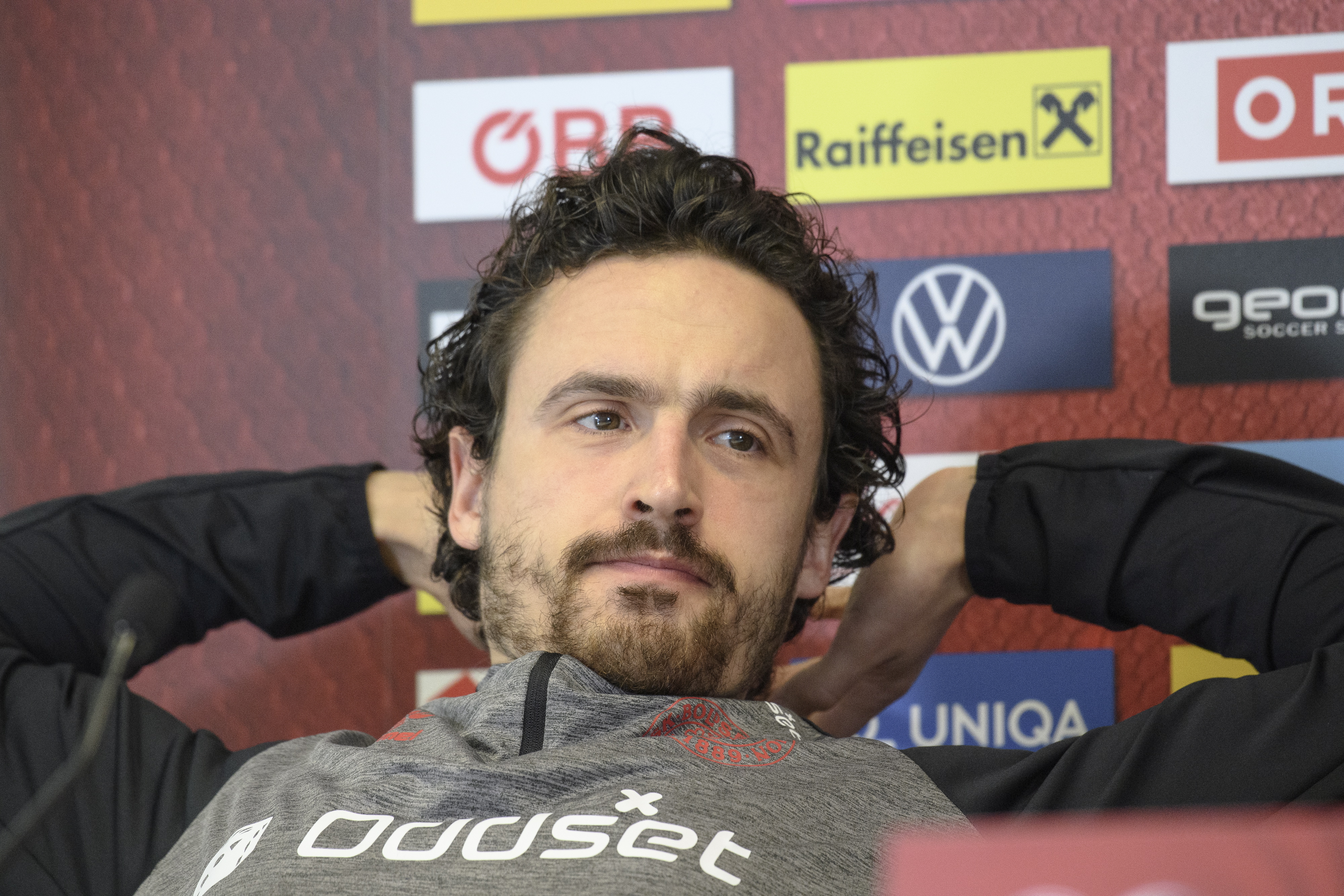 Thomas Delaney is not usually known for his goalscoring prowessCredit: EPA 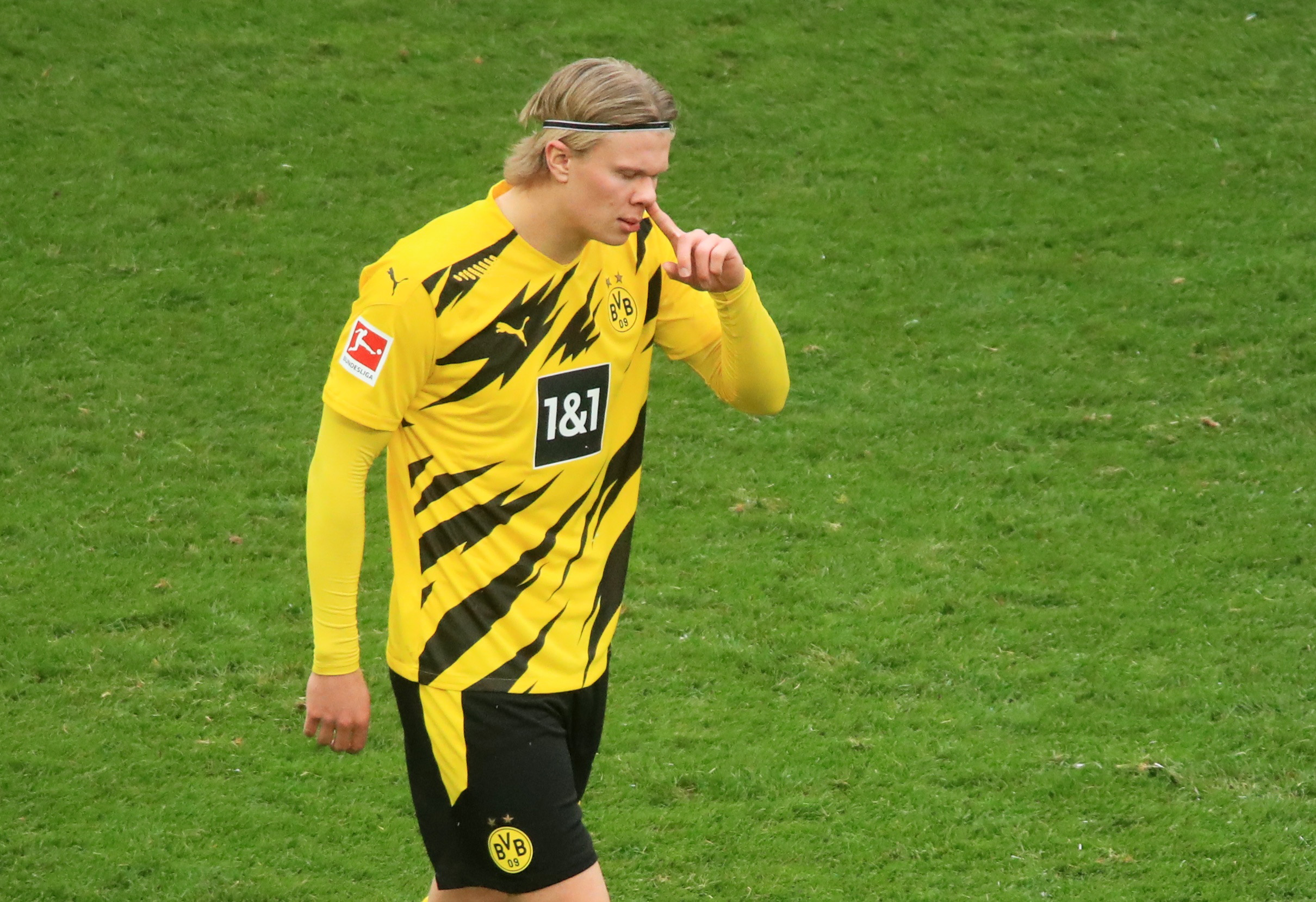 The goal has unsurprisingly gone viral on social media with one person writing: “Absolutely incredible.”

Another added: “Outrageous. That’s not the same Delaney I’ve been watching.”

Delaney will be hoping to be as ruthless against the Austrians in their World Cup qualifier.

They sit top of Group F after two wins from their opening two matches including an 8-0 victory over Moldova.