TAMMY ABRAHAM belted his stunning first goal for Roma in a dazzling display that might leave Chelsea sheepish and England ecstatic.

Even Abraham‘s £97.5million Stamford Bridge replacement Romelu Lukaku would have loved to match the £34m striker’s short-game skills and long-range screamer for Jose Mourinho‘s new side. 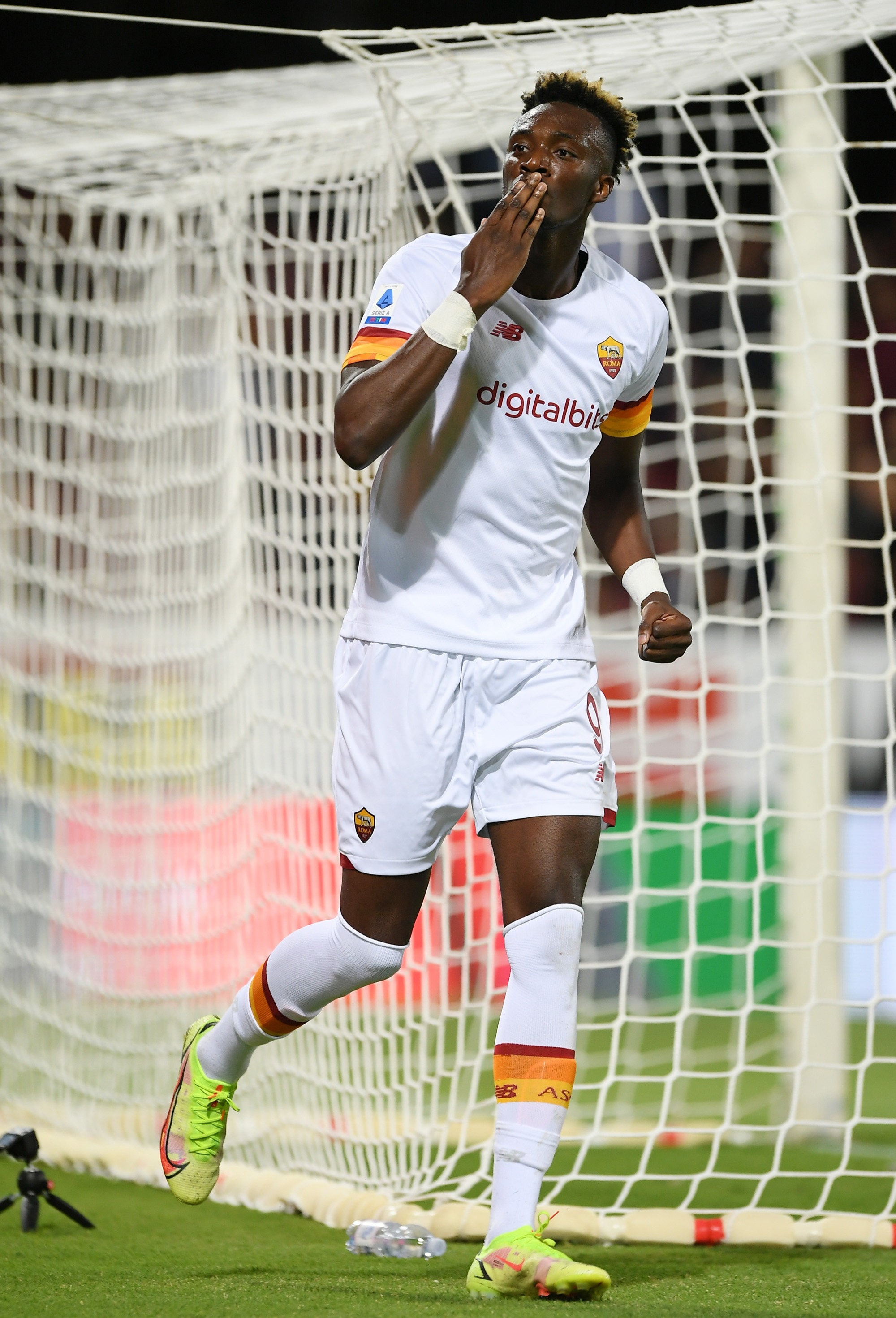 Tammy Abraham celebrates making it 3-0 to Roma on 69 minutes with a searing strike from the right edge of the box against minnows SalernitanaCredit: Getty

Six-cap ace Abraham, 23, smashed the third goal in Roma‘s 4-0 Serie A romp at Salernitana – a week after two assists on his debut.

And if the power he achieved with little backswing of his right foot was incredible, the way he left the ball run across his body before he hit it first time was a marvel of confidence and technique.

Yet just as impressive was his footwork and mobility for the supreme team achievement that was second Roma goal.

Abraham shielded the ball with the type of strength Lukaku is more associated with, spun away with the help of a delicious drag-back and wafted forward.

Three passes later he was on the edge of the box for a deft cushion volley that left Salernitana at the mercy of Henrikh Mkhitaryan.

The former Arsenal and Manchester United wideman promptly slipped in Jordan Veretout for finish made effortless by what had gone before.

Much more of this and Abraham could leapfrog the young brigade of Premier Leasgue stars pressing Harry Kane and Raheen Sterling for their long-term England spots.

And his deadly deeds on the pitch are matching his willing words off it.

Revealing that ex-Chelsea manager Mourinho’s drive had inspired his move, he said: “They told me what they want from the club and how they see the club moving forward.

Australia Covid news: health system on the brink of crisis as NSW braces for another record day of cases – live | Australia news