RANGERS boss Steven Gerrard was sent to the stands after telling ref John Beaton he was ‘F****** bang wrong’ to book Alfredo Morelos for diving.

The Liverpool legend was caught on TV confronting Beaton on the pitch at half-time at Livingston… before Morelos hit a late winner to put Gerro’s men four points off the Scottish Premiership title. 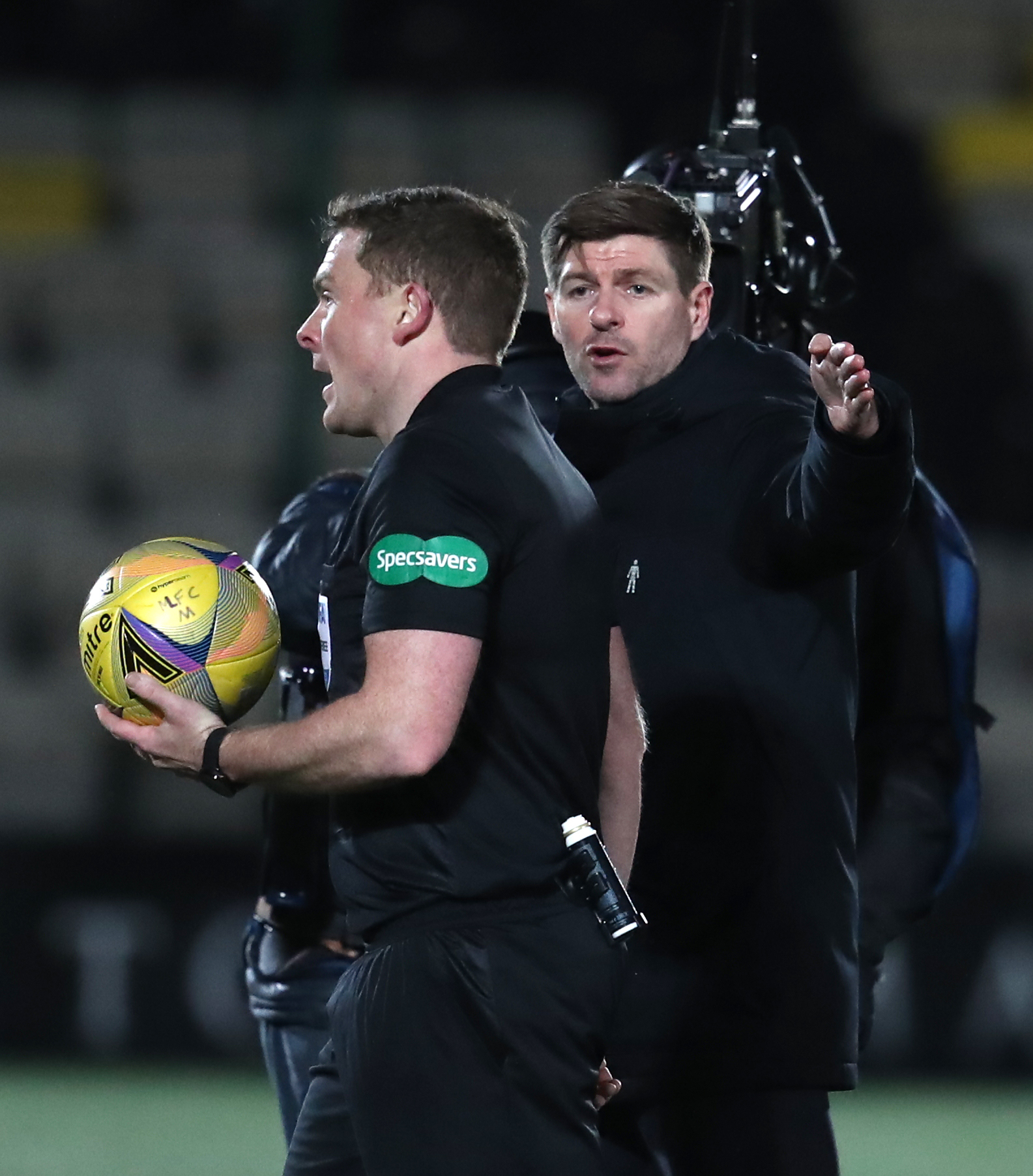 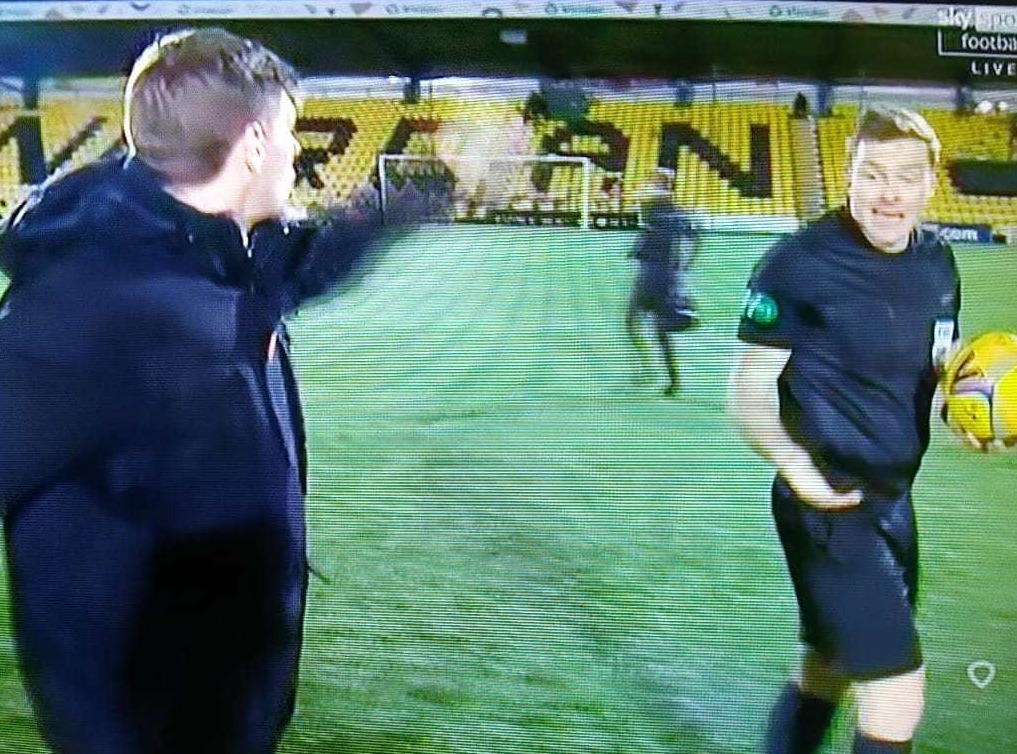 Colombia striker Morelos was controversially cautioned for allegedly trying to win a penalty after a challenge from Max Stryjek.

Sky Sports cameras then followed Gerrard as he made his way towards Beaton following the whistle for the break.

Gerro was soon heard saying: “You’re not speaking to me?”

Beaton replied: “I can’t”. And Gerrard responded: “I know why you’re not speaking to me, it’s because you got it f****** bang wrong. 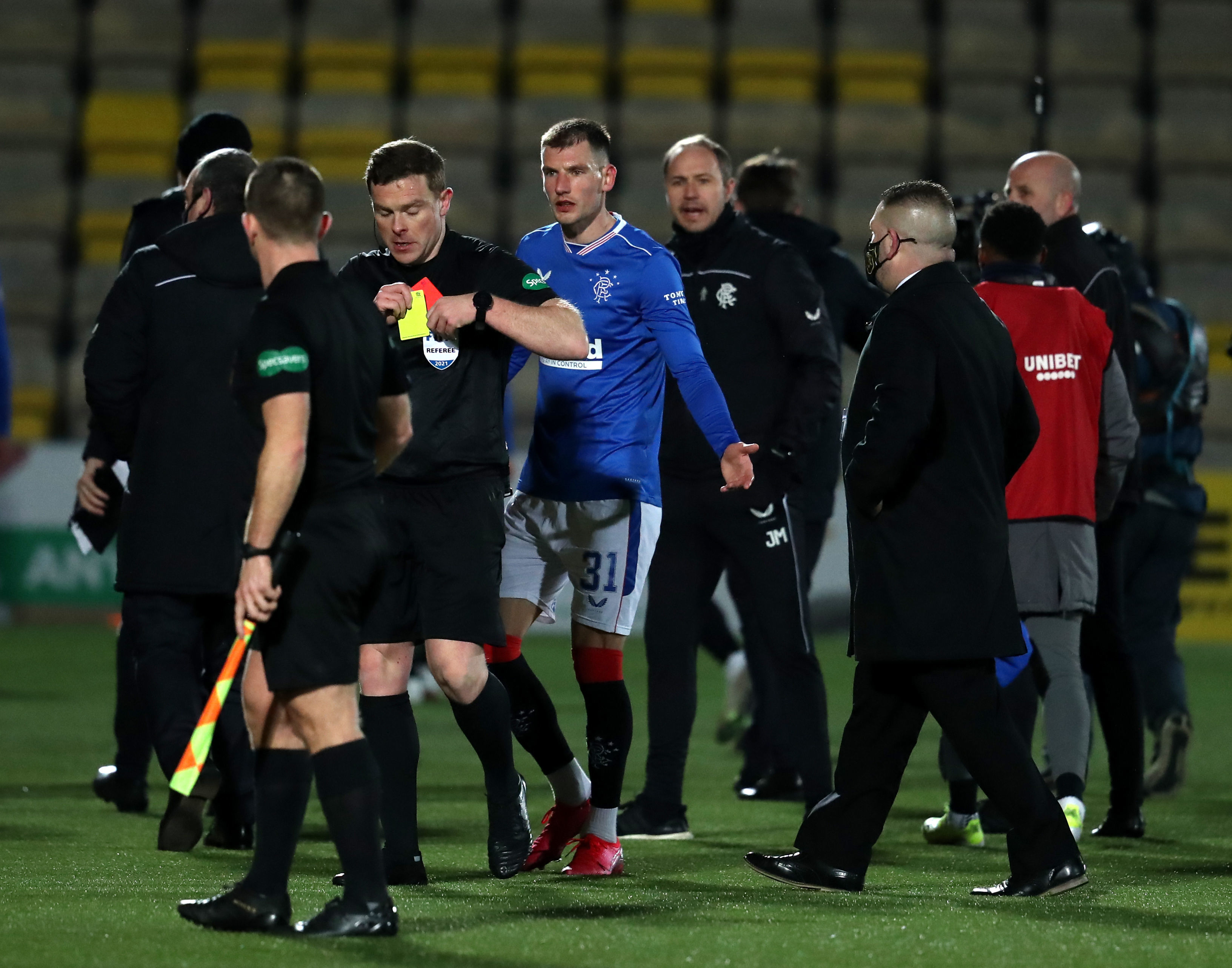 Beaton reaches for his yellow and red cardsCredit: PA:Press Association

“You’re bang out of order.”

Ex-England midfielder Gerrard was shown a yellow card before promptly being given a red.

As expected, Rangers pressed for a winner after the interval.

And just when it seemed fifth-placed Livingston might hold on, Morelos was on hand to tap the only goal after 87 minutes.

Gers are now 18 points clear, meaning they could even be crowned champions this Sunday.

Gerrard will land his biggest honour as a manager so far if Rangers see off St Mirren at Ibrox on Saturday and Celtic fail to win at Dundee United the following day.

‘CLEAR PENALTY’ Morelos booked for dive but it SHOULD’VE been penalty, says Walker